Gov.-elect Glenn Youngkin has chosen a veteran of the managed care insurance industry as secretary of health and human resources, who will oversee a group of state agencies with big budgets to carry out critical missions.

John Littel, former president of Magellan of Virginia and a former executive at Amerigroup Corp., brings more than three decades of experience in health care financing, including services for a struggling behavioral health system that Youngkin has vowed to improve.

Later Monday, Youngkin named Fauquier County Sheriff Robert Mosier as his choice for secretary of Public Safety and Homeland Security. Mosier, who has a 30-year background in law enforcement, was first elected Fauquier’s sheriff in 2015.

Youngkin said during his campaign that public safety was a top priority. He reiterated on Monday that he will immediately remove members of the state’s parole board.

As health secretary, Littel would oversee a department still on the front line of the COVID-19 pandemic, and a $18 billion Medicaid program.

“The COVID-19 pandemic has had devastating impacts on Virginians across the Commonwealth, and John will play a pivotal role in overseeing our efforts to protect Virginians’ lives and livelihoods,” Youngkin said in a statement.

“Starting on Day One, John’s experience will be an asset as we fix our broken mental and behavioral health system, ensure Virginians have access to affordable, free-market health care options, and reform our health care safety net to save taxpayer dollars and improve health care outcomes.”

The health pick was well-received by a key Democratic legislator who welcomed Littel’s extensive experience.

“I’m just excited to see he won’t be in learning mode on the first day,” said Del. Mark Sickles, D-Fairfax, the outgoing chairman of the House Committee on Health, Welfare and Institutions, and a leader on health care issues on the House Appropriations Committee. “These are huge, complex programs.”

Medicaid, run by the Department of Medical Assistance Services, has a two-year budget of $25 billion in federal and state funds to serve almost 2 million Virginians who are elderly, disabled or too poor to afford commercial health insurance.

Magellan, now operating as Molina Complete Care, is one of six managed care companies that administer most Medicaid services in Virginia, based on a fixed monthly fee for each recipient. The company previously served as administrator of behavioral health services.

“You need someone who understands health care financing,” said Doug Gray, executive director of the Virginia Association of Health Plans.

“He’s just really knowledgeable,” Gray said of Littel. “He’s been at it for a long time.”

Youngkin takes office on Saturday. The appointment comes as Virginia faces a surge in COVID-19 hospitalizations due to the omicron variant.

The governor’s transition team announced on Friday that he and Attorney General-elect Jason Miyares will challenge a federal rule that requires hospital employees to be vaccinated against COVID. That announcement came on the day that Virginia broke its record for COVID hospitalizations, with 3,329.

Sean Connaughton, president and CEO of the Virginia Hospital & Healthcare Association, said the state’s beleaguered private hospitals look forward to working with Littel “about ways in which the commonwealth can support our hospital members during the continued response to the surging COVID-19 pandemic, as well as on a range of other issues including strengthening our behavioral health system, and addressing health care workforce shortages.”

Sen. Creigh Deeds, D-Bath, chairman of the state Behavioral Health Commission, said of Littel: “He probably has the skill set that could be put to good use in the system, but the reality is, he’s going to be drinking from a fire hose for a while.”

Littel would succeed Dr. Vanessa Walker Harris as secretary of Health and Human Resources. Dr. Daniel Carey, a cardiologist from Lynchburg, left the post in October to become chief medical officer for a large medical group based in Washington state.

The Secretary of Health and Human Resources oversees 12 state agencies. In addition to the health department and Medicaid, the secretary also is responsible for the Department of Social Services and the Department of Behavioral Health and Developmental Services, which runs a system of state behavioral health institutions, while coordinating with local community services boards and behavioral health authorities.

Littel is rector of the College of William and Mary, serving as chair of the Board of Visitors and its executive committee.

As secretary of public safety, Mosier would succeed Brian Moran, who has served in the post since 2014, under Govs. Terry McAuliffe and Ralph Northam. Ten state agencies come under the office.

Mosier served as a deputy sheriff in Fauquier before his 2015 election. Northam appointed Mosier to the Criminal Justice Services Board in 2021 and to the Substance Abuse Services Council in 2020.

Following a November roundtable with law enforcement officials in Chesterfield County, Youngkin noted that in 2020 Virginia’s homicide rate — 6.15 per 100,000 citizens — was the state’s highest in 20 years, according to Virginia State Police statistics. Youngkin also said Virginia must “increase the pipeline” of people who are going into law enforcement jobs.

“Sheriff Mosier will play an important role in keeping our communities safe,” Youngkin said in a statement Monday. “We will get to work on this key priority by fully funding and raising pay for our law enforcement officers. Together, we will protect qualified immunity, and on Day One fire the Parole Board.”

“Bob shares my vision for innovating how our law enforcement officers build trust and engage in their communities they serve by building bridges with local leaders to reduce crime and keep Virginians safe.”

Mosier also has an array of international experience in support of law enforcement.

For example, in 1996, the U.S. State Department chose Mosier to serve in Bosnia and Herzegovina with the International Police Task Force as a station commander, where he represented the Fauquier County Sheriff’s Office. He next served with the International Justice Mission, a human rights organization, as Director of Investigations working in Asia, Middle and Near East, Africa, and Latin America.

Another former VITA executive lands job in private IT industry

Another former executive at the Virginia Information Technologies Agency has landed a leadership position in the private IT industry.

Report: Millions forced into extreme poverty while the ultra-rich profited from the pandemic

Report: Millions forced into extreme poverty while the ultra-rich profited from the pandemic

Starbucks joins McDonald’s and other companies in Russian exodus

Starbucks joins McDonald’s and other companies in Russian exodus 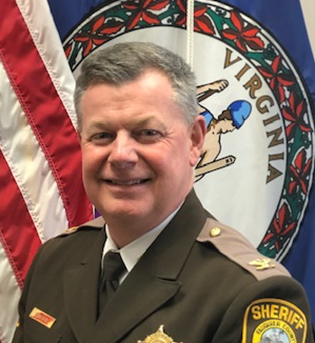 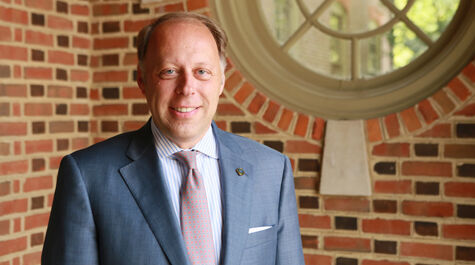