Steve Martin and Martin Short headed to Richmond on Friday, chat about 'Only Murders in the Building' and the secret of their comedy friendship

Virginia is likely to end the fiscal year next week with a revenue surplus of close to $2 billion, reflecting a strong economic recovery partly fueled by billions of dollars in federal emergency aid as the state emerges from a public state of emergency for the COVID-19 pandemic.

The projected surplus will trigger huge mandatory deposits to the state’s constitutionally established “rainy day” and water quality improvement funds, while giving Gov. Ralph Northam an opportunity to propose major investments in public services in the new two-year budget he will present in December for the next governor and General Assembly to consider in January.

Those investments in the next proposed budget also will depend on decisions that legislators make during a special session that will begin Aug. 2 on how to spend $4.3 billion in federal aid Virginia has received under the American Rescue Plan Act, which President Joe Biden signed on March 11.

The money will allow state policymakers to address critical needs, including replenishing the state’s depleted unemployment trust fund, bolstering public education and health, expanding affordable access to internet service, assisting poor Virginians with housing and utility payments, helping the state’s historically black colleges and universities overcome long-standing funding inequities, and reviving hard-hit industries, such as restaurants, hotels and tourist attractions that have borne the brunt of the semi-shutdown of the economy during the public health emergency.

The direct aid to states, as well as an additional $2.9 billion for local governments, is just a fraction of the total funding that the federal government has sent directly to Virginia for services such as public education and health, as well as indirectly to households and businesses across the state through a series of COVID-19 emergency relief packages.

“That is $78 billion that has been pumped into the Virginia economy over the past 15 months,” Secretary of Finance Aubrey Layne said Wednesday in his last appearance at the House Appropriations Committee before departing for a new job at Sentara Healthcare in Hampton Roads.

The size of the projected surplus has grown exponentially because of tax collections that have surged monthly. It has risen from $500 million to $1 billion to what Appropriations Chairman Luke Torian, D-Prince William, estimated Wednesday at $1.5 billion to $2 billion.

Layne quickly upped the ante to the top of the range, based on corporate and individual income taxes received in the middle of this month.

Northam will announce the official surplus during a meeting on Aug. 18 with the General Assembly money committees — House Appropriations, Senate Finance & Appropriations and House Finance — that will be held in person, rather than online, for the first time since the pandemic began.

The state constitution mandates the portions of any revenue surplus that must be deposited in the Revenue Stabilization Fund, as the “rainy day” reserve is formally known, and the Water Quality Improvement Fund.

Four years ago, the rainy day fund had shrunk to $280 million, triggering a watch on Virginia’s triple-A bond rating by a national financial agency. Since then, the state has established a separate, discretionary revenue reserve fund. Now, the combined reserves total almost $1.5 billion, with an additional $650 million pledged to the revenue reserve next year.

A $2 billion surplus would require a deposit of $881 million into the fund under the constitution, estimated Anne Oman, staff director of the Appropriations Committee.

If that happens, Virginia’s combined reserves would total $3 billion, or about 12.5% of the $24 billion general fund budget that relies primarily on state income and sales taxes to pay for core public services such as education, public safety and health care.

“It’s just staggering,” Layne said in an interview on Wednesday.

The challenge for the governor and legislators will be to determine how best to invest both the state revenues in the next two-year budget and federal aid that Virginia has until the end of 2024 to use, primarily to address both the immediate and long-term effects of a pandemic that is not over.

They will not be able to appropriate money for the budget beyond the next fiscal year, which begins on July 1 and ends on June 30, 2022, but the federal aid will give them flexibility to help the state recover from the pandemic and its economic effects beyond the current budget cycle.

Some priorities already have emerged for money that Virginia has banked from the American Rescue Plan Act.

Unemployment tops the list. The state’s unemployment rate dropped to 4.5% in May, compared with 4.7% the previous month, but about 160,000 fewer people were employed in Virginia in April than two years ago, according to federal data.

The Virginia Unemployment Trust Fund, used to pay traditional unemployment benefits, began the pandemic with a balance of $1.4 billion, but it ended the first quarter of the year about $400,000 in the red.

As a result, Virginia employers could face a projected fourfold increase in payroll taxes next year, based on the trust fund’s condition at the end of the fiscal year next Wednesday.

Megan Healy, Northam’s chief workforce adviser and the incoming state labor secretary, told the House committee that the administration is working with legislators to “figure out how to lower the unemployment insurance tax.”

Layne has recommended that the state use at least $1 billion of the federal aid to replenish the trust fund, but the Appropriations staff said Wednesday that a $750 million investment would reduce the payroll tax increase next year and restore the fund to about 50% solvency in 2023.

Northam said Wednesday that he also wants to devote money to the Virginia Employment Commission to hire staff and complete a long-delayed upgrade of its antiquated information technology system, as he promised in an executive directive and a settlement of a class-action federal lawsuit against the agency last month.

Help for Virginia’s small businesses and beleaguered tourism industries also is high on the list. “Leisure and hospitality” businesses accounted for about 10% of the state’s non-farm jobs at the beginning of last year, but they suffered 45% of the state’s losses during the pandemic through April.

Virginia Tourism Corp. is asking for $50 million to help the state and local “destination marketing organizations” revive one of the state’s most critical economic engines, encompassing the restaurant, hotel and travel industries that include convention centers, wedding venues and recreational attractions.

The money is part of a $291 million package that the Virginia Restaurant, Lodging and Travel Association has submitted to the governor’s office and General Assembly for financial help. At the same time, the association also is asking for help from the local share of federal aid — and both Fairfax and Loudoun counties already have pledged a combined $34 million.

The House Appropriations staff suggested that the assembly rely on the governor’s Rebuild Virginia grant program “to the greatest extent possible” to help the tourism and hospitality industries, which also can benefit from a $28.6 billion national fund to help restaurants under the federal act.

Rebuild Virginia has received $120 million in previous federal aid and $25 million from state taxes on electronic skill games to provide grants up $100,000 to small businesses. The Appropriations staff estimates the program would need an additional $150 million to $200 million to satisfy almost 10,000 pending requests for assistance.

Almost one-third of grants by the program have gone to the tourism and hospitality industry, the staff said, but the program’s eligibility guidelines would have to be changed to reach currently ineligible businesses that need help.

“As long as they expand it a little bit, we’ll be okay,” said Eric Terry, president and CEO of the Virginia Restaurant, Lodging and Travel Association. “Rebuild Virginia works as long as they have had money.”

Northam said Wednesday that he also wants the special session to devote federal aid to underfunded state and local public health services, affordable housing and utility assistance; to upgrade outdated public school buildings; and to accelerate the timetable for universal access to affordable high-speed internet service from 10 years to 18 months.

“I look forward to working with legislators to get it done,” he said.

Toddler takes her first steps thanks to prosthetic legs

Building collapse and rescue operations after deadly floods in India

Building collapse and rescue operations after deadly floods in India 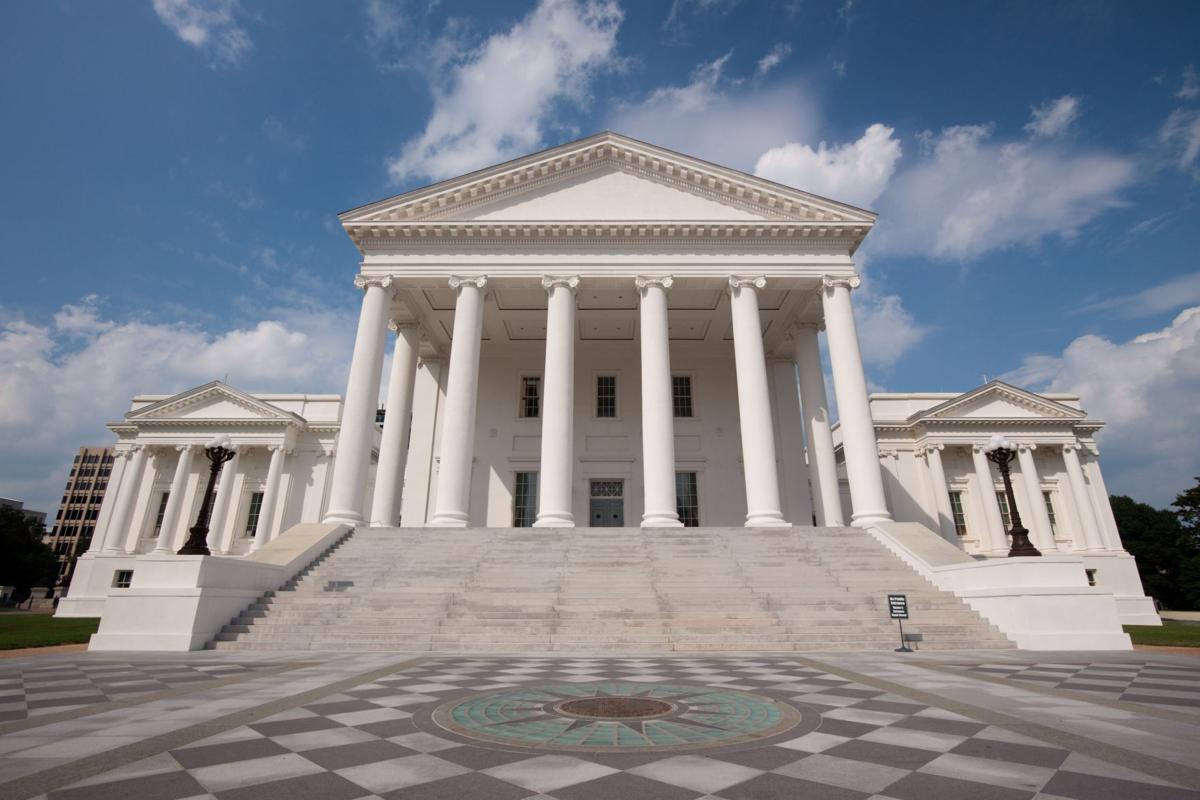 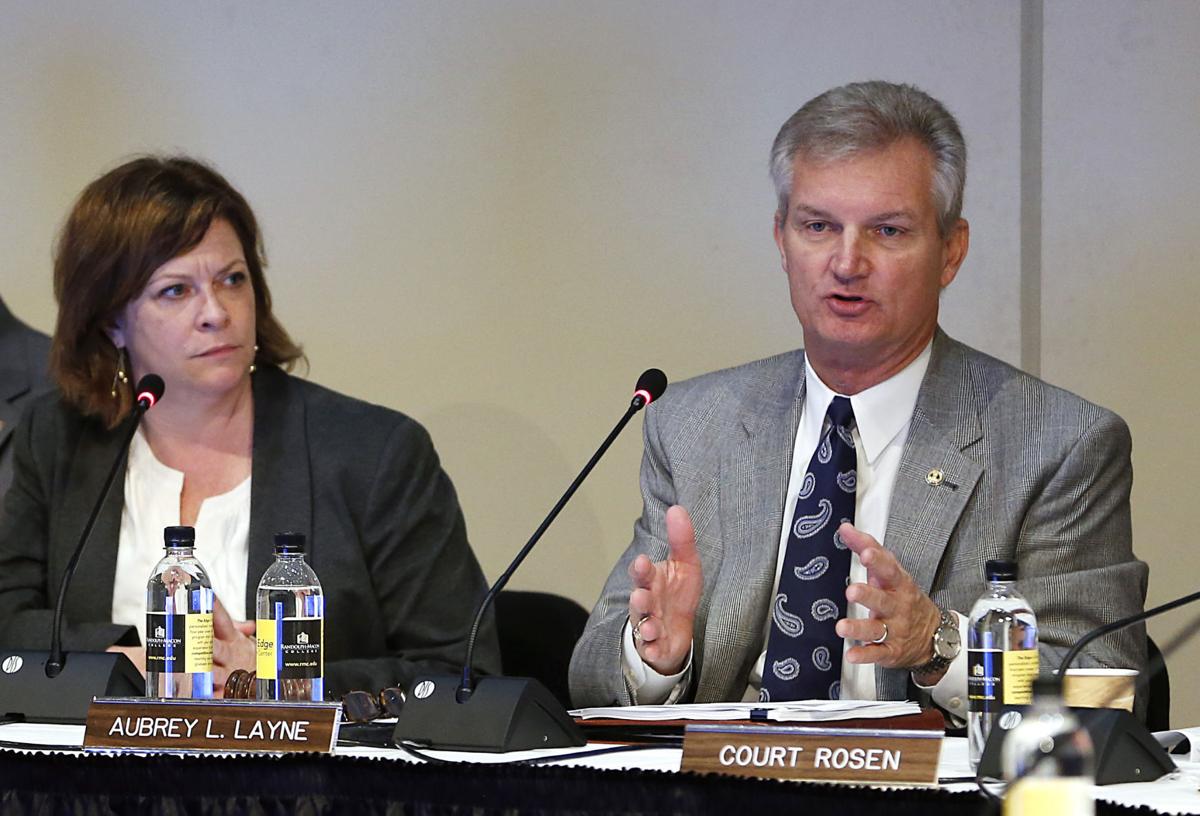 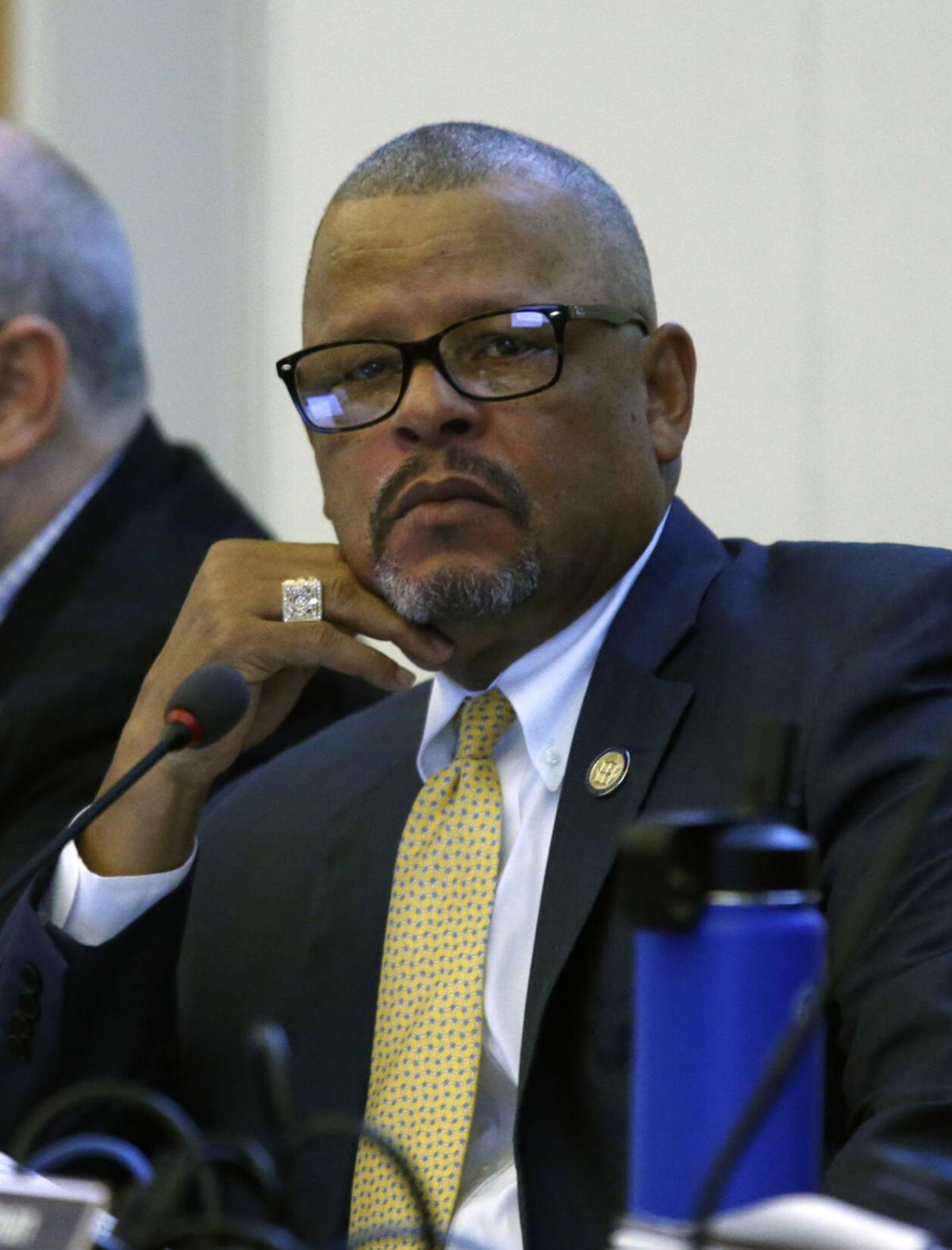