World Cup live: US needs win against Iran to advance

The Virginia Senate on Tuesday voted to reject Gov. Glenn Youngkin’s nomination of Andrew Wheeler as secretary of natural resources.

The Senate voted 21-19 along party lines to back a committee amendment removing Wheeler, who served as EPA administrator under President Donald Trump, from a list of appointments working its way through the Senate. The Cabinet list comes up for a final Senate vote on Wednesday.

Wheeler would be the first Cabinet nominee in 16 years to be rejected by the legislature.

Sen. Adam Ebbin, D-Alexandria, said he was concerned that if confirmed Wheeler would “do exactly what he did at the federal level — systematically deconstruct regulations that protect our environment.”

Quoting Maya Angelou, Ebbin said: “When people show you who they are, believe them the first time.”

Youngkin spokesperson Macaulay Porter said in a statement: “It’s clear Mr. Wheeler is extraordinarily qualified to be Secretary of Natural and Historic Resources and admirably served for decades in the highest levels of government. The governor is disappointed in today’s vote because he was looking forward to Mr. Wheeler accomplishing great things on behalf of Virginians.

“Pursuant to the Constitution, he will continue to serve as Secretary of Natural and Historic Resources until the General Assembly adjourns. In the meantime, we hope the Senate will reconsider.”

The Union of Concerned Scientists in 2019 created a list of “80 Trump administration attacks on science” and called Wheeler a “driving force” behind many.

And a group of former EPA employees wrote a letter to Virginia senators expressing concerns about Wheeler, which Sen. Creigh Deeds, D-Bath, made note of when Republicans asked why Wheeler’s name was being pulled.

Sen. Richard Stuart, R-King George, said on the Senate floor Tuesday that Wheeler’s credentials are “impeccable” and that Wheeler is “an incredibly accomplished man.” He said Wheeler’s pending rejection was about politics.

Stuart said that under Wheeler at EPA, the first rule was developed to require schools to test for lead. He said Wheeler also got funding for a major aquifer project in Hampton Roads.

“I get the politics,” Stuart said. “I understand that some of these environmental groups out there don’t like him because of who he worked for and that’s just a real shame.”

Sen. Chap Petersen, D-Fairfax City, who presided over his committee’s questioning of Wheeler as chairman of Senate Agriculture, Conservation and Natural Resources, said Wheeler was “the smartest person in the room,” but “sometimes that’s not enough.”

Petersen said the job of the state’s secretary of natural resources is “not commerce, it’s not thinking of ways to get around environmental rules — it’s actually protecting our lands and waters.”

Petersen said Wheeler is talented and has expertise that might help Richmond with combined sewer overflows of untreated waste into waterways and that might help Virginia achieve its “WIP goals,” a reference to Watershed Implementation Plans to restore the Chesapeake Bay and its tidal tributaries.

Ultimately, Petersen said, he concluded that Wheeler is not the right person for the job.

“This secretary needs to be somebody who is focused on preserving natural resources, not just finding ways to get around those rules.”

Wheeler, of Alexandria, did not apply for the job, but served on Youngkin’s transition committee handling energy issues and Youngkin offered it to him.

In March 2006, Republicans in the House of Delegates rejected Gov. Tim Kaine’s nomination of Daniel LeBlanc, former state leader of the AFL-CIO, for secretary of the commonwealth.

Republicans cited LeBlanc’s opposition to the state’s right-to-work law, under which union membership may not be required as a condition of employment.

Gov. Glenn Youngkin issued an executive order Thursday tasking the official who was rejected for an environmental Cabinet post with reducing V…

Virginia is overhauling its way of launching regulations

For at least 70 years, Virginia politicians have accepted the notion that some issues are better handled by state agencies than by the courts … 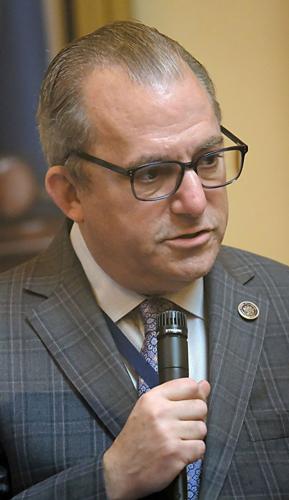 Sen. Adam Ebbin, D-Alexandria, spoke Tuesday during the floor session of the Senate at the state Capitol. 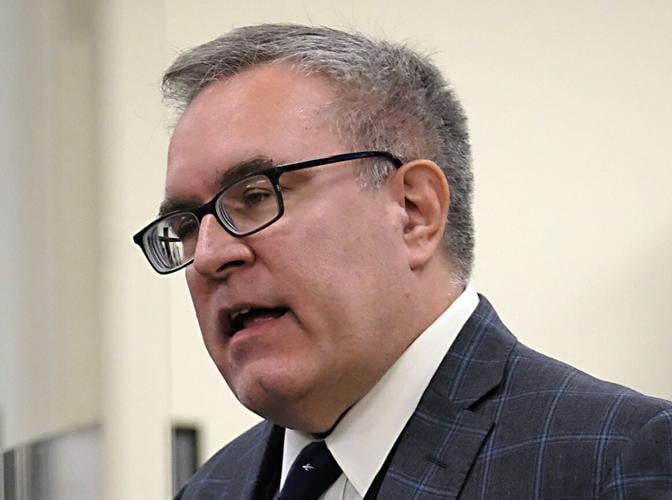