Virginia's transportation funding plan was finally in place. 'Then COVID-19 hit.'
0 Comments
Share this
1 of 3 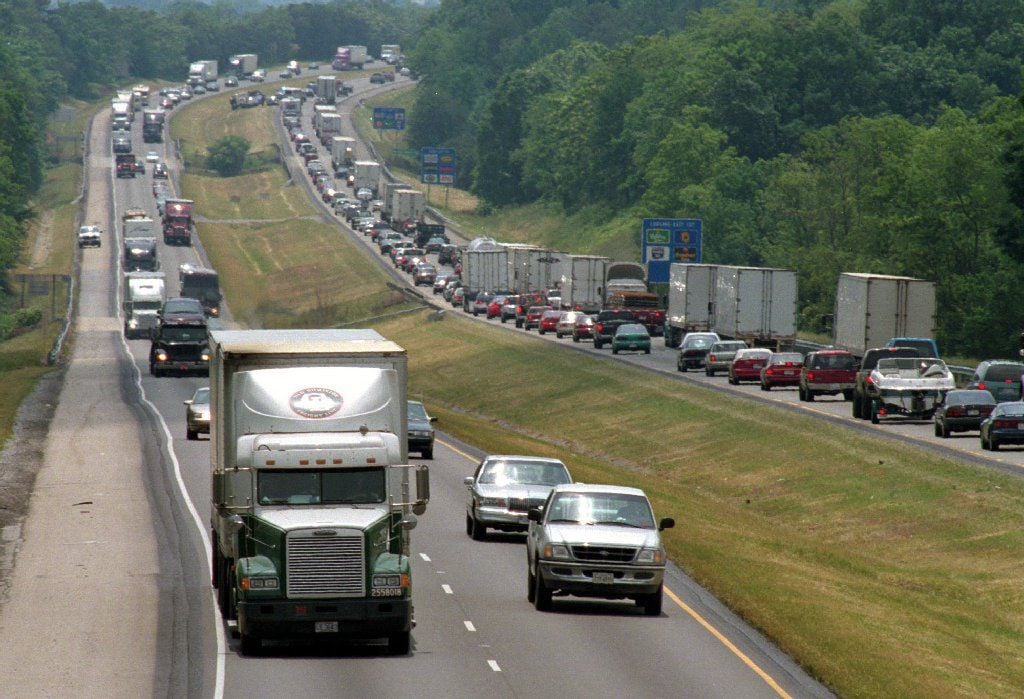 A sweeping transportation package passed by the General Assembly this year included improvements to Interstate 81. 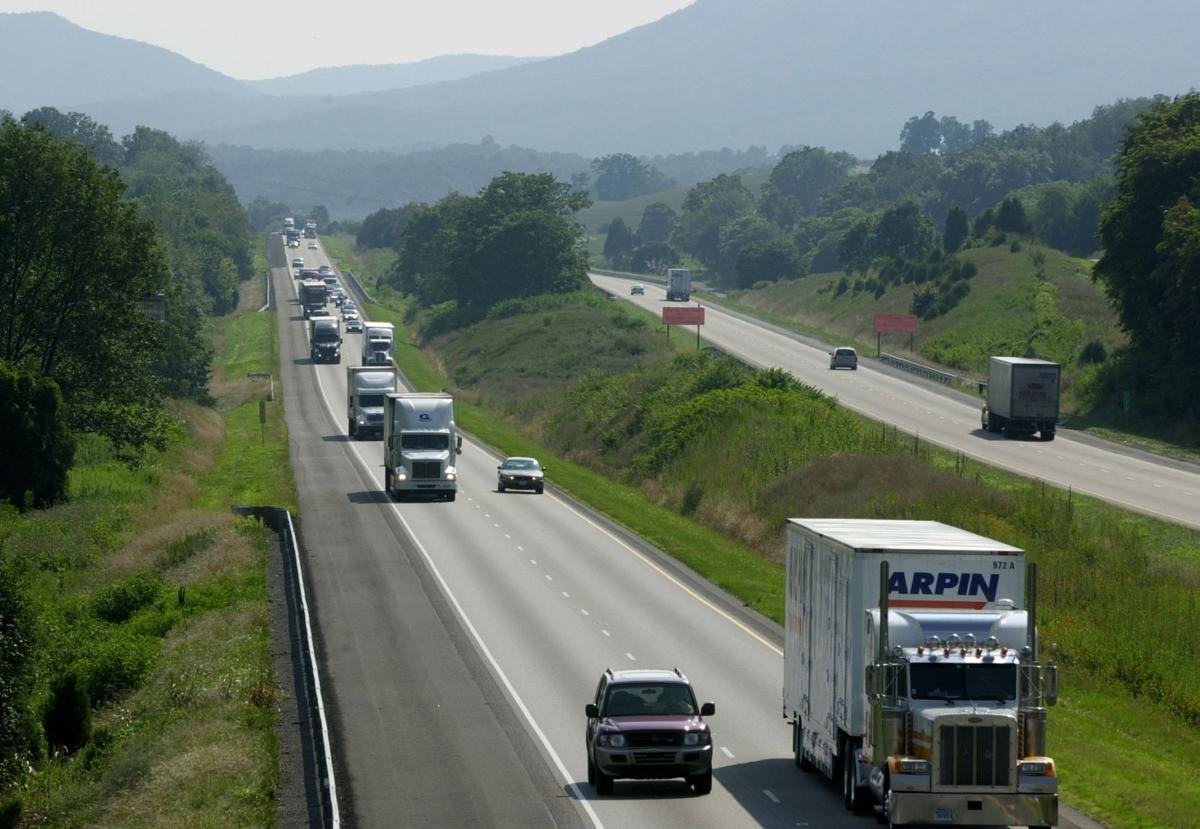 I-81, a four lane interstate highway running North to South thru the Shenandoah Valley. Cars and trucks headed North on I 81 in Botetourt Co. 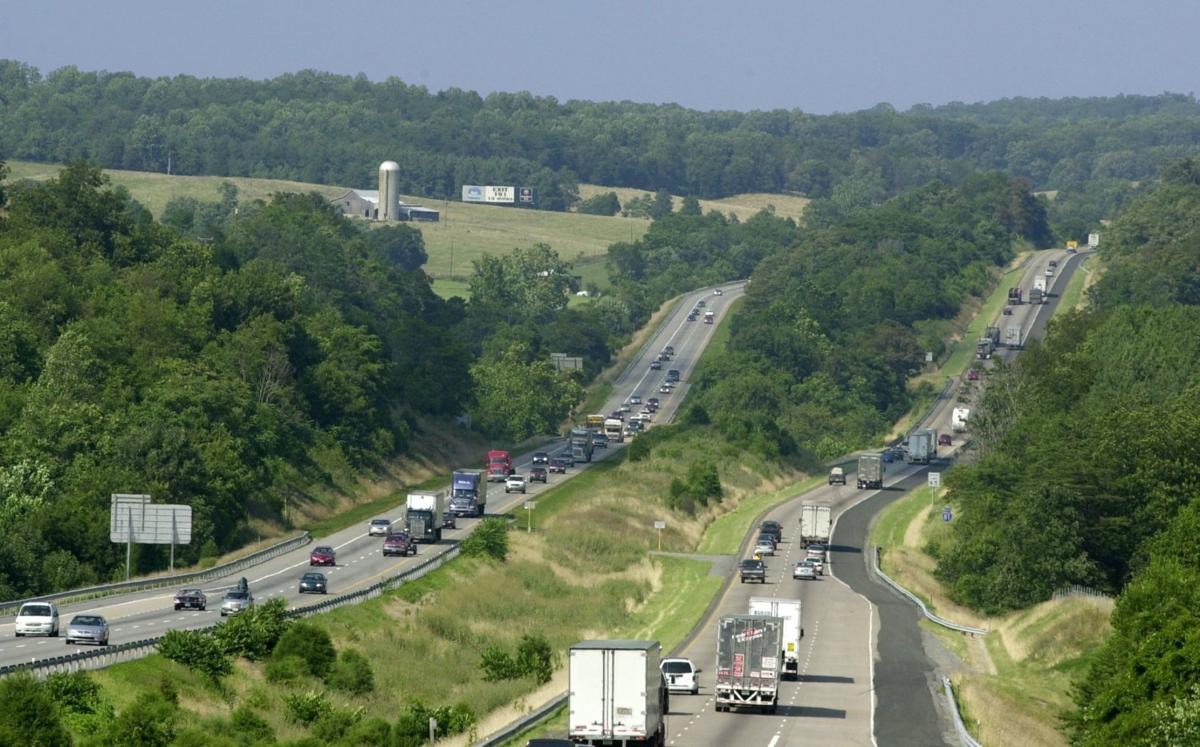 I 81, a four lane interstate highway running North to South thru the Shenandoah Valley. Cars and trucks on I 81 near Fancy Hill.

Jeff Southard could see Virginia turning the corner on long-term funding of transportation as he prepared to retire this year after 15 years at the helm of an alliance of companies that build highways and bridges, and produce the asphalt and concrete for the work.

The General Assembly had just passed a sweeping transportation package that raised gasoline taxes and made a major commitment to passenger rail and public transit in addition, as well as bond funding for improvements to Interstate 81 in western Virginia. The omnibus legislation also set the stage for a long-term shift away from relying on gasoline taxes for transportation funding.

“It looked like at the conclusion of the legislative session that we had a long-term, sustainable funding mechanism in place — finally,” said Southard, who retired Aug. 31 as executive vice president of the Virginia Transportation Construction Alliance. “And then COVID-19 hit.”

Driving fell 80% as people retreated to their homes, both for work and personal life, in the face of a coronavirus pandemic that has infected more than 140,000 Virginians and killed more than 3,000.

The sources of funding for transportation plummeted — taxes on gasoline, vehicle sales, and sales in general.

The result is a potential $870 million shortfall in transportation funding — including $120 million in the fiscal year that ended June 30 and $750 million projected in the new two-year fiscal state budget — that Southard’s industry fears could cripple their businesses and their ability to plan for the future.

The projected shortfall surpasses the $850 million price tag for all of the projects approved in the last round of the state’s Smart Scale program for transportation projects.

The road-building and construction materials industries are counting on an amendment that Gov. Ralph Northam has proposed to the budget that would allow the Commonwealth Transportation Board flexibility in using money from one transportation account for projects in another that are ready for construction. Ultimately, the state would have to repay all of the borrowed funds as transportation revenues recover.

“That is a substantial amendment that obviously our industry needs to be passed,” said Jeff Perkins, a Roanoke-based construction materials executive who serves as president of the construction alliance’s executive council and board of directors. “Otherwise, we’re looking at a 25% cut across all programs, which would be devastating for our members.”

Without the amendment, Southard said, the state’s ambitious plan to build a new passenger rail bridge across the Potomac River at Long Bridge — the linchpin of a $3.7 billion rail package — “becomes more difficult.”

Southard, 67, has traveled a long road to help Virginia position itself to pay for transportation improvements vital to the state’s economy.

A native of Falls Church, he received his law degree from the University of Richmond and went to work for a Northern Virginia law firm led by influential lobbyist Bill Thomas, who died earlier this year, and John “Til” Hazel, a powerful lawyer and developer.

“That was like graduate school in and of itself,” Southard said.

After 12 years at Browning-Ferris Industries, a solid waste company, he became assistant commissioner of the Virginia Department of Transportation to ensure the agency complied with environmental requirements in its work.

Southard became executive vice president for the transportation construction alliance at its creation in 2005, when the former Virginia Road Builders Association and Virginia Aggregates Association merged. His initial mission was to strengthen the industry’s relationship with VDOT.

The long-term goal was to persuade Virginia policymakers to approve new sources of funding for transportation, more than 20 years after the legislature passed the state’s last major funding package in a 1986 special session during the administration of Gov. Gerald Baliles.

Success came in 2013, when the assembly approved a $6 billion transportation funding package — sponsored by then-House Speaker Bill Howell, R-Stafford, and supported by then-Gov. Bob McDonnell — much larger in scope than they originally sought. The final package included long-sought regional funding for transportation priorities in Northern Virginia and Hampton Roads.

Secretary of Finance Aubrey Layne, then a member of the Commonwealth Transportation Board, said Southard played an important role in getting the bill passed, as well as subsequent legislation that led to the creation of the Smart Scale program for ranking state transportation projects and committing money to get them done.

“He was a steadfast proponent of transportation funding,” Layne said.

Later, as transportation secretary under Gov. Terry McAuliffe, Layne said he initially clashed with Southard and his industry over reforms to the Public Private Transportation Act to protect the state’s interests in major highway deals with private developers to widen Interstate 66 and Interstate 95 in traffic-clogged Northern Virginia.

But they ultimately agreed on the reforms, and Southard “turned out to become a good ally,” Layne said.

The transportation construction alliance also supported a successful push last year for regional taxes to pay for $2 billion in improvements to I-81 and the omnibus transportation bill adopted this year that increased fuel taxes by 10 cents a gallon over two years, while also extending regional taxes for priority projects across the state.

Perkins, the president of the alliance, said one measure of Southard’s influence was Northam’s decision to consider road building and related businesses essential during a public health emergency that has forced many businesses to close temporarily or restrict operations.

“That’s been really nice for our employees to be able to work,” said Perkins, who is president of Boxley, an aggregate, asphalt and building materials supplier in Roanoke.

Southard was succeeded by Gordon Dixon, former CEO of the Virginia Association of General Contractors and former director of the Virginia Department of Professional and Occupational Regulation.

His advice to Dixon is patience.

“We’re going to have to wait until some of these revenue streams start to turn around,” Southard said.

A sweeping transportation package passed by the General Assembly this year included improvements to Interstate 81.

I-81, a four lane interstate highway running North to South thru the Shenandoah Valley. Cars and trucks headed North on I 81 in Botetourt Co.

I 81, a four lane interstate highway running North to South thru the Shenandoah Valley. Cars and trucks on I 81 near Fancy Hill.