Virginia DMVs are on a nearly 5 month backlog. Visits are by appointment-only - and most don't have openings until 2021 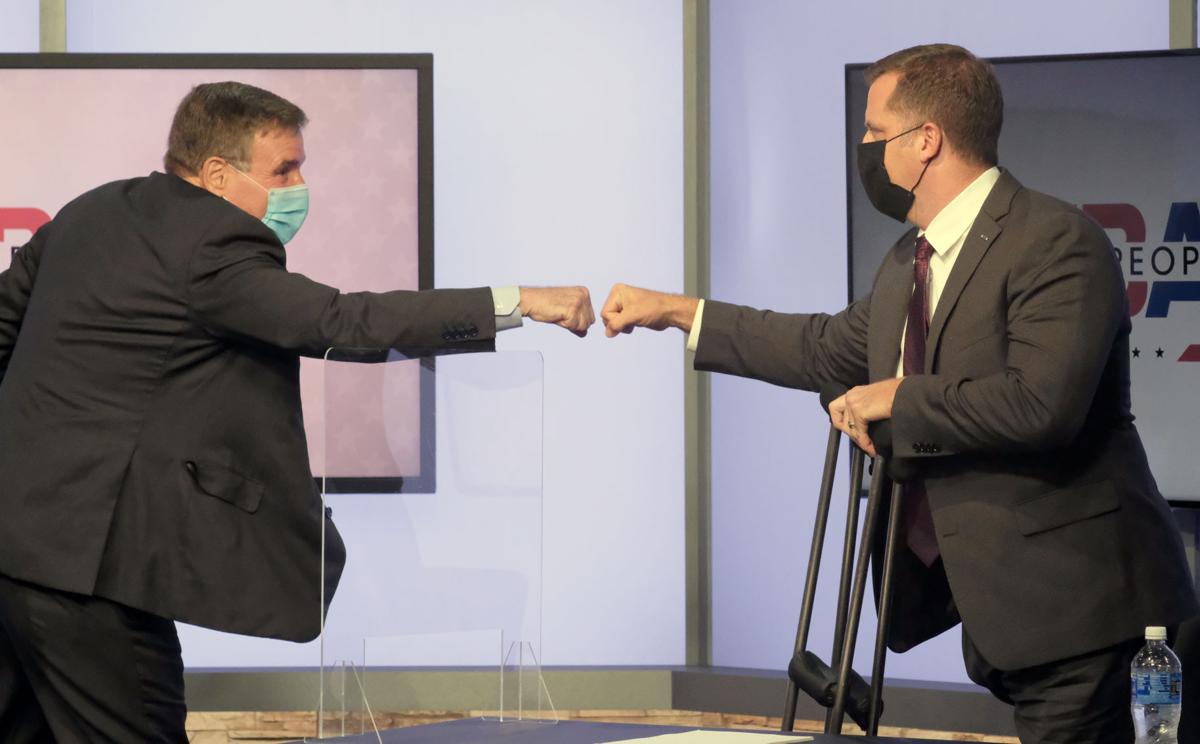 Warner, who is seeking a third term, bumped fists Tuesday with Gade after their debate. 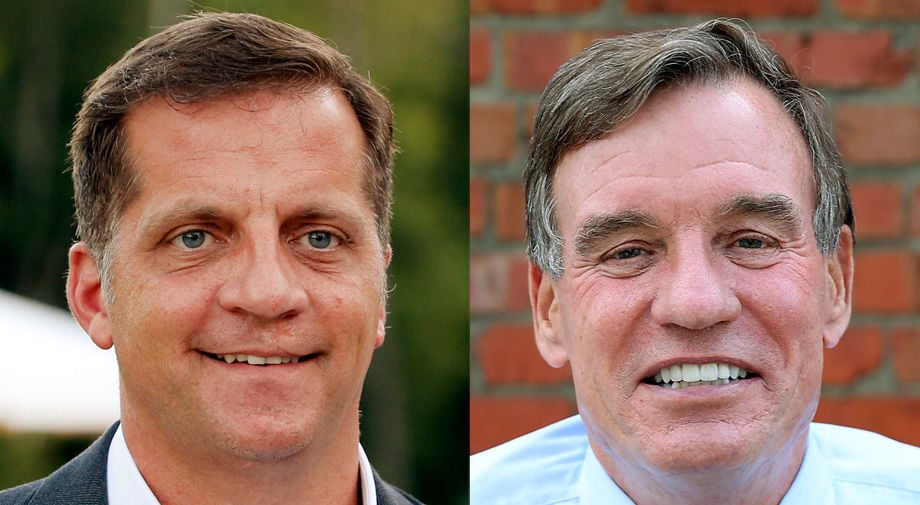 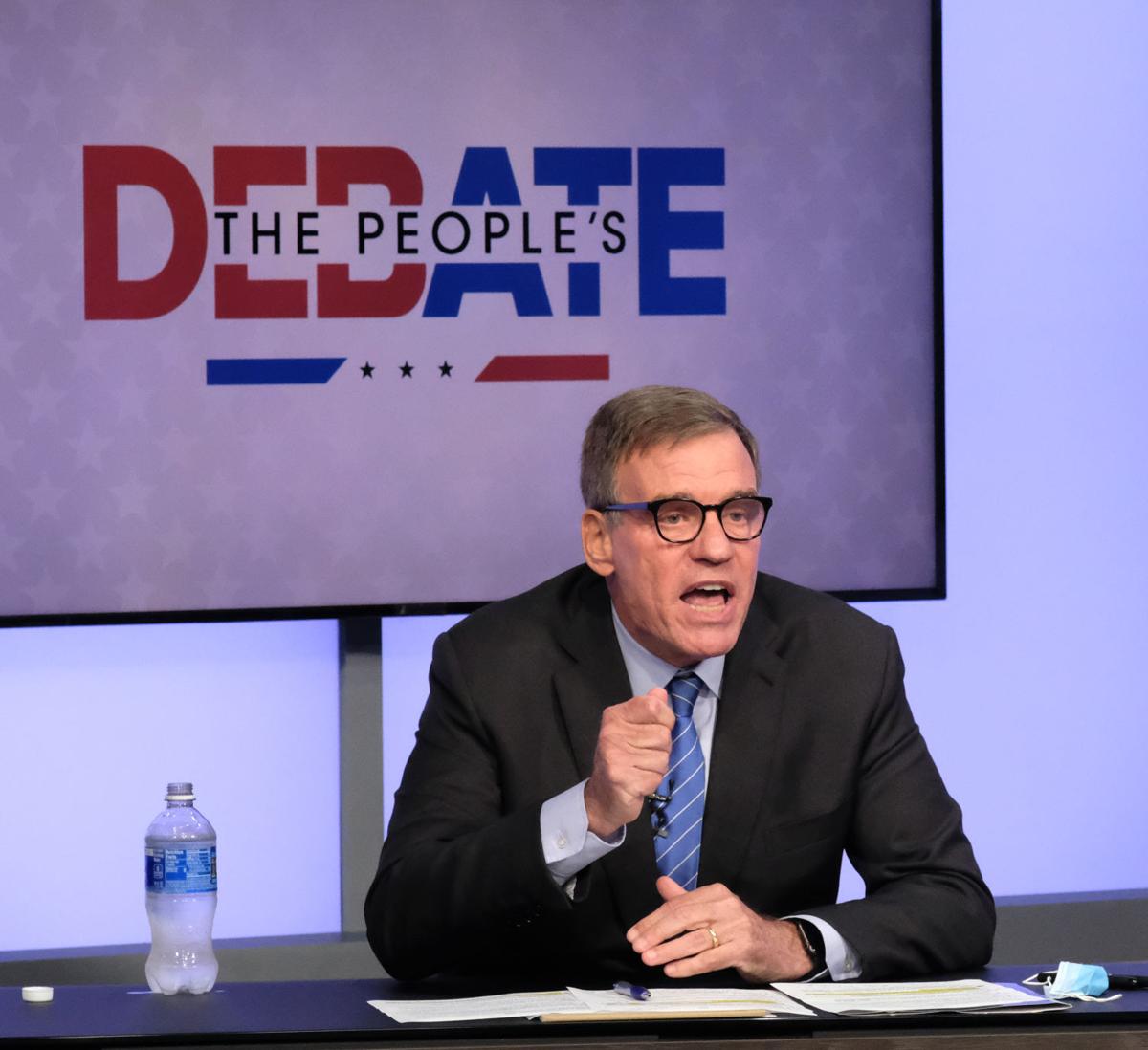 Sen. Mark Warner, D-Va., gestures Tuesday during his debate with Republican challenger Daniel Gade in the studio of WTVR TV6 in Richmond. 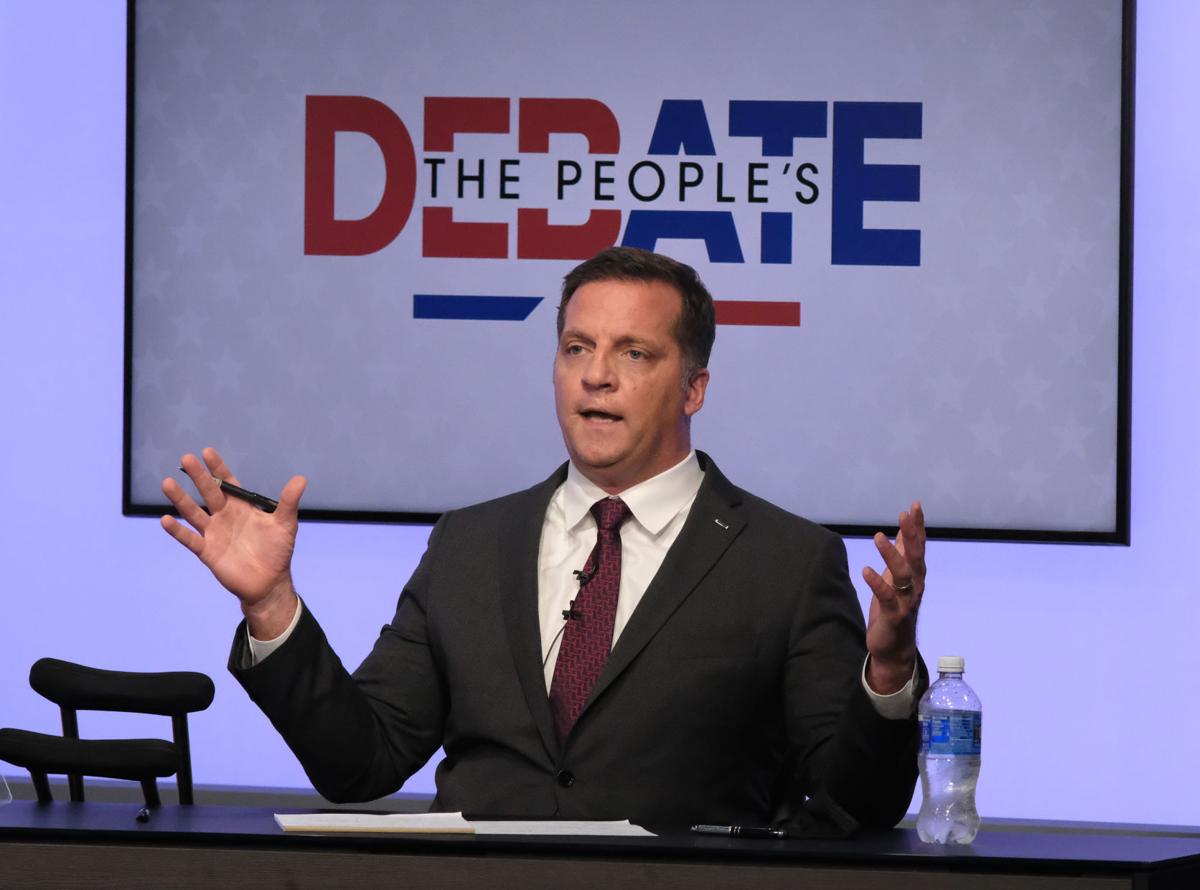 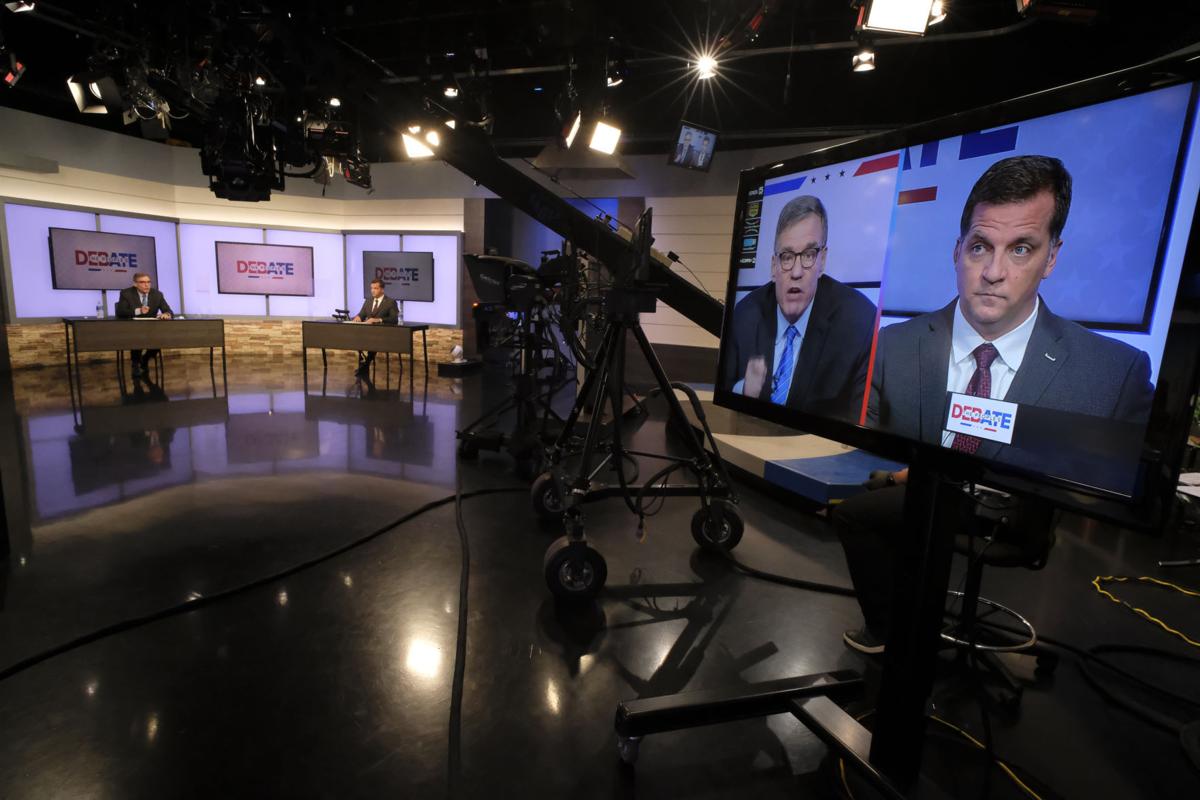 Daniel Gade, the Republican vying for the U.S. Senate seat held by two-term Sen. Mark Warner, D-Va., said Tuesday he does not support repealing the Obama-era Affordable Care Act, even as he would like to see key parts of the law stripped away.

Gade, who has spent months criticizing the health care reform law, sought to distance himself from the GOP’s decade-long push to repeal the ACA — at a time when many voters list health care as a top priority and as the COVID-19 pandemic continues.

“There’s plenty of room to upgrade the ACA, and there’s no room at all for just some kind of magical repeal bill that he thinks that I’m for,” Gade said. “I’ve never called for a repeal of the ACA in total, I think that the Republicans who do so are making a mistake because they’re just trying to kick the can down the road for their own political advantage.”

Gade’s comments came during the third and final debate between the two candidates in advance of the Nov. 3 election, in which about a million Virginians have already cast ballots.

The debate at the studio of WTVR-CBS 6, was hosted by the AARP, which advocates for the interests of people over the age of 50, and largely focused on health care.

Warner chided Gade over his comments related to the ACA, arguing that stripping some parts of the law while protecting others — like protections for pre-existing conditions — would destabilize the insurance market that allows for the law.

“If there was some magic health savings account or private market solution, some magic wand to protect all the good things in the ACA, don’t you think you would have heard about it by now?” Warner said.

Warner, who voted against a GOP-led effort to repeal parts of the law in 2017, said he does support allowing insurance to be sold across state lines. He also said he supports legislation allowing the federal government to negotiate Medicare drug prices with pharmaceutical companies, and also require them to offer the agreed-on prices to private insurers.

Gade said he supports the ACA’s protections for people with pre-existing conditions and the provision that allows young adults to remain under their parents’ insurance until the age of 26. But, Gade said, he opposes ACA restrictions on health savings accounts and supports “more generous tax treatments” for those accounts.

Warner, a former governor, is seeking to defend the seat against Gade, a U.S. Army veteran who lost a leg due to an explosion while serving in Iraq and who is an advocate for members of the armed services.

The most recent polling in the race showed Warner ahead by 13 percentage points, with 52 percent of likely voters supporting Warner, compared with Gade’s 39 percent. The Christopher Newport University poll surveyed 796 likely voters between Sept. 9 and Sept. 21.

In the past two debates, Gade has sought a moderate stance on several topics compared with his Republican counterparts elsewhere in the country — in what may become the playbook for Republicans in a state growing bluer. Earlier this month in Norfolk, Gade said Trump had mangled his response to the 2017 white supremacist rally in Charlottesville and an answer to a recent debate question over whether he condemned white supremacist groups.

Warner and Gade also split Tuesday on how to shore up the federal Social Security System, which faces strain as the baby boomer generation moves into retirement. The system will face further strain from the economic effects of the pandemic, which have reduced payroll tax collections.

While both Warner and Gade agreed on increasing the program’s retirement age for young workers, Gade proposed further securing the program by tightening eligibility rules for people receiving disability payments.

“We need to be examining the premises of the disability program and perhaps tightening eligibility rules around certain kinds of disabilities, which used to be work inhibiting and now they no longer are,” Gade said. “And we need to allow workers with a disability to go back to work in a more meaningful way.”

Warner said he supports increasing the retirement age for people under 35 — “add a month every two years,” he said. “I don’t think that would be too traumatic,” he added.

Warner said he supports raising the cap on the payroll Social Security tax. Right now, the 12.4% tax rate, which is split among workers and employers, is only levied on earned income below $133,000.

“Those of us who’ve been blessed to do well in this country can kick in a little bit more,” Warner said.

He added that changes should impact those who are already collecting Social Security benefits and those who will soon be, which he described as those 45 and over.

Warner added that he supports increasing benefits for people in poverty, and for those who are over the age of 80, citing extraordinary need.

Join us Tuesday night starting at 8:30 p.m. for live video featuring up-to-the-minute election results from around the region, as well as expe…

Warner, who is seeking a third term, bumped fists Tuesday with Gade after their debate.

Sen. Mark Warner, D-Va., gestures Tuesday during his debate with Republican challenger Daniel Gade in the studio of WTVR TV6 in Richmond.