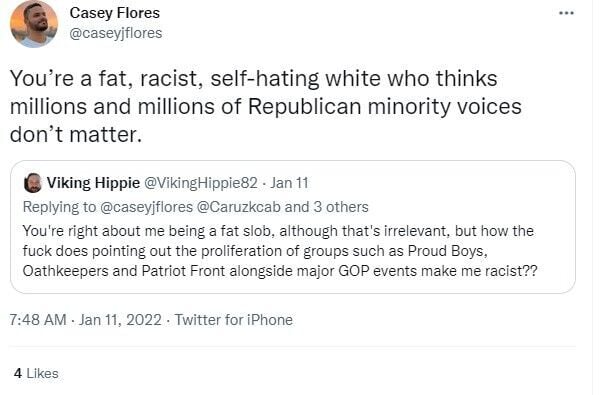 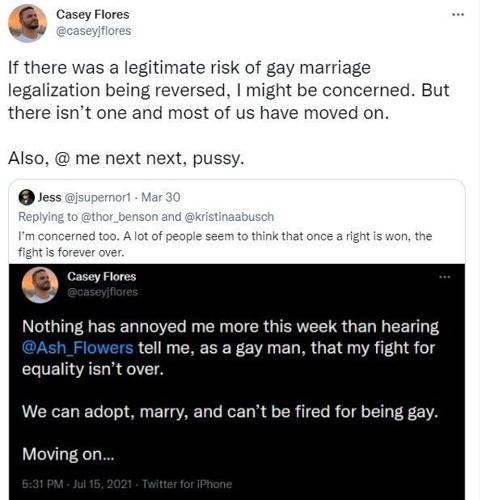 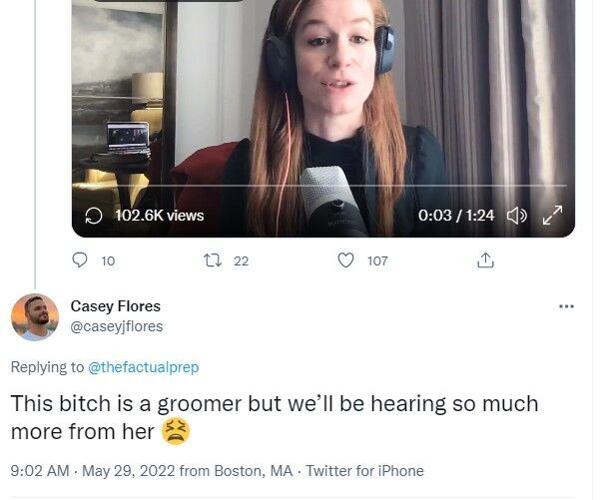 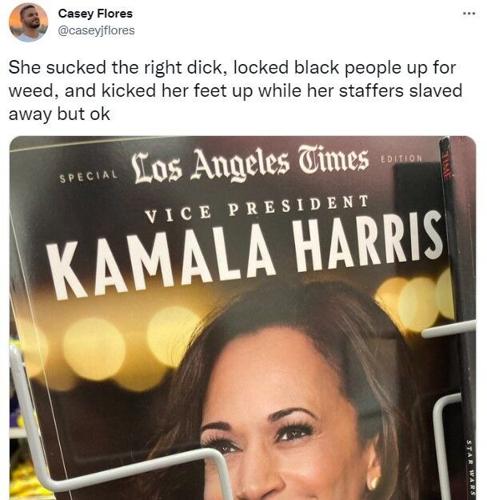 A governor’s appointee to the Virginia LGBTQ+ Advisory Board publicly disparaged people on Twitter and trolled accounts with obscenities, writing that Vice President Kamala Harris “sucked the right d---” to advance in her career.

Gov. Glenn Youngkin appointed Casey Flores to the board, which includes 21 citizens who advise the governor on LGBTQ+ policy issues. Flores is active in the Log Cabin Republicans, an organization that represents LGBTQ conservatives.

The appointment begins July 1. The governor’s press secretary this month referred reporters to Flores as someone who can defend Youngkin’s position on LGBTQ+ issues.

“Listen, people tweet,” Flores said in an interview when asked about his tweets. After reviewing them, he said Monday, “The tweets were funny. I needed a good laugh.”

He said the tweets in question were not reflective of his broader postings on Twitter about such things as the economy, global affairs and China, and “not how I talk to people normally.”

He said he will change his tone on social media now that the governor has appointed him and will be a professional on the board.

“I have a more public — obviously more public role now — and I have no problem with toning it down,” he said.

The Richmond Times-Dispatch is using dashes to represent some of the vulgar words in the tweets.

In his posts, Flores called a person on Twitter “a fat, racist, self-hating white” and a “fat, racist slob” in January, and wrote to him, “you can’t even find your own d---.”

In March, Flores called someone who said the fight for gay rights wasn’t over, a “p----.”

He trolled Twitter accounts of elected officials, responding to a 2021 tweet from President Joe Biden about COVID-19 in 2021 with “Please shut the f--- up.” He responded to a 2020 tweet from Pete Buttigieg, now the U.S. secretary of transportation, with “F--- off.”

In 2021 when a gay man on Twitter wrote to Flores that Log Cabin Republicans did not represent the typical gay experience, Flores responded, “Shut the f--- up.”

Commenting on a story in January about climate change protesters blocking a road in Washington, D.C., Flores wrote, “I’d actually beat the s--- out of them. Wouldn’t hesitate.”

Flores’ March 2021 tweet about the vice president was in response to a news story about her.

“She sucked the right d---, locked black people up for weed, and kicked her feet up while her staffers slaved away but ok,” Flores wrote.

Three weeks ago, he responded to a tweet about Michigan state senator Mallory McMorrow, a Democrat, by saying: “This b---- is a groomer but we’ll be hearing so much more from her.”

He accused other people and institutions of racism, including the cable network CNBC, Asian countries generally, Joy Behar of “The View,” and state Sen. Mamie Locke, D-Hampton.

In the interview, Flores defended his comment on Asian countries.

“Have you ever been to an Asian country? ... you would probably agree with me,” he said. “It’s not a secret that they don’t like immigration. ... China is the most racist country on earth.”

Secretary of the Commonwealth Kay Coles James, the Youngkin Cabinet member who oversees appointments, said she spoke with Flores about his tweets and reminded him that he now represents the governor.

“He apologized and said he certainly did understand and he would mediate his language as appropriate going forward,” she said. “He has a stellar and outstanding career and is a strong advocate and I think has a voice that needs to be heard.”

She said Flores’ age was one factor.

“Sometimes with younger people, they don’t understand that tweets and comments like that not only represent themselves but if you’re going to be an appointee represents the person who appointed you,” James said. “Sometimes my values and language that I use, young people today don’t adhere to those same standards.”

James said that as a Log Cabin Republican, Flores will be “a great voice to have” on the LGBTQ+ advisory board: “Someone who is advocating on behalf of the LGBTQ+ community as well as understanding Republican values and principles.”

Youngkin is replacing five members of the LGBTQ+ Advisory Board whose terms expire July 1. The board, which was created in 2021 to focus on policy related to LGBTQ people, is focused on education and the workforce, health care, housing and safety.

LGBTQ communities are under rising attack by right-wing hate groups.

A new report from the Armed Conflict Location & Event Data Project released during Pride Month said there was an increase in 2021 in political violence and demonstrations against LGBTQ people and that 2022 is on track to be worse.

In the interview, Flores said of the LGBTQ+ movement, “There’s not a right that we don’t have.”

He said he wants Youngkin to know that.

“He doesn’t need to be forced to comply with the LGBT agenda,” Flores said. “The totalitarian LGBT agenda that refuses to accept anything less than total capitulation.”

“They keep making new issues up, that’s the thing. ... You can never keep track.”

Totalitarianism is government by “strong central rule that attempts to control and direct all aspects of individual life through coercion and repression,” according to Britannica.

Flores said that on the board, he will advocate for the religious liberty of Virginians and wants to look into possible funding for free health care clinics that do blood testing.

“He bandies about the term ‘racist’ in ways that are disconnected from its meaning and undermine the true significance of the problem of racism,” she said in an email.

“Mr. Flores’ methods of civic engagement stand as a reflection on the governor’s own values if he appoints him.” 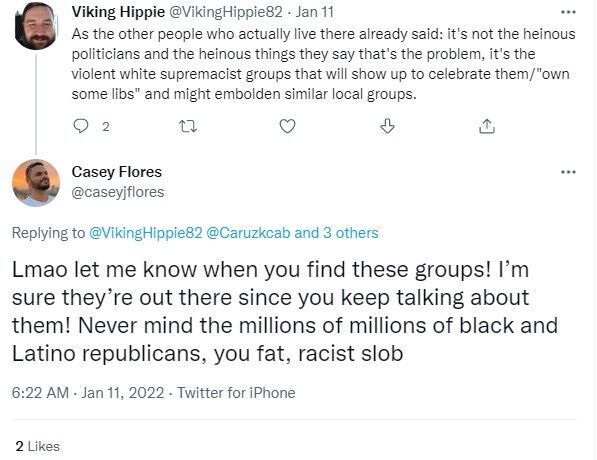