Gov. Glenn Youngkin issued an executive order Thursday tasking the official who was rejected for an environmental Cabinet post with reducing Virginia regulations by 25%.

The move drew a rebuke from one of the state’s most politically influential environmental groups, the Virginia League of Conservation Voters, whose executive director said Youngkin appeared to be creating a campaign issue for a presidential run.

Democrats who control the state Senate in February rejected the nomination of Andrew Wheeler for state natural resources secretary. Wheeler had worked as U.S. Environmental Protection Agency administrator in the Trump administration, where he tried to roll back environmental protections, and became a lightning rod in the General Assembly session.

Youngkin kept Wheeler on his team, however, as a senior adviser at the same Cabinet-level salary of $185,567, and Wheeler remains an active part of the administration. Meanwhile, Youngkin hasn’t appointed a permanent natural resources secretary; Travis Voyles remains acting secretary.

Youngkin’s executive order creates a new Office of Regulatory Management within the governor’s office that will review all regulations and streamline them.

“Last year, I pledged to Virginians that we would remove 25% of the regulatory requirements in the Commonwealth,” Youngkin said in a statement.

“In the spirit of this objective, we have created the Office of Regulatory Management, led by Andrew Wheeler, which will create much needed transparency and efficiency in Virginia’s regulatory process to ensure that we have a government that works for the citizens of the Commonwealth.”

The League of Conservation Voters issued a statement slamming the idea.

“In creating a dedicated office to cut regulations, and tapping a career deregulatory zealot to lead this effort, it’s clear what comes next: a Virginia where polluters benefit and our environment suffers,” executive director Mike Town said in the statement.

In an interview, Town said he expects Wheeler to target environmental protections in Virginia.

“Whether you care about public health and safety, protecting the environment, addressing climate change, keeping our water clean, our air clean ... the environment has never been at greater threat than it is right now after this executive order,” he said.

Six months into his four-year term as governor, Youngkin is considering running for president in 2024.

The League of Conservation Voters worked in 2021 to elect Democrat Terry McAuliffe as governor, whom Youngkin narrowly defeated in November.

Town said the executive order appeared to be something that would help Youngkin’s national brand.

“Youngkin appears to believe that cutting red tape and streamlining government is a campaign issue for president, and it appears they don’t care what the impact is on Virginians,” he said.

The governor’s office, however, said the regulatory review would require state agencies to analyze proposed regulations to ensure they’re not overly burdensome on local government or the public.

Youngkin spokesman Rob Damschen said the executive order is built of a bipartisan, 2018 pilot program agreed to by the General Assembly.

The order is “a government-wide, good government effort to provide more transparency into the regulations affecting all Virginians,” Damschen said in an email for this story.

Ann McLean likened President Abraham Lincoln’s efforts in the Civil War to Russia invading Ukraine. She added that slavery would have eventual…

Scuttled natural resources nominee Andrew Wheeler will keep his $185,567 salary in his new role as a senior adviser to Republican Gov. Glenn Y…

The Virginia Senate on Tuesday voted to reject Gov. Glenn Youngkin’s nomination of Andrew Wheeler as secretary of natural resources.

Wheeler defends himself before Va. senators, says his record was distorted

Virginia is overhauling its way of launching regulations

For at least 70 years, Virginia politicians have accepted the notion that some issues are better handled by state agencies than by the courts …

He lists more than 300 regulatory actions that he expects the state government to complete by July 2023. 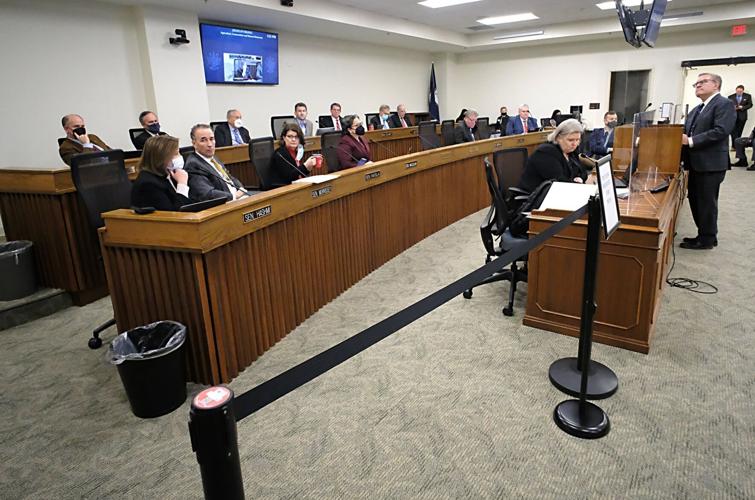 Andrew Wheeler, at podium, right, then Secretary of Natural and Historic Resources for Gov. Glenn Youngkin, answers questions Jan. 25 from members of the Senate Agriculture, Conservation and Natural Resources Committee during a hearing inside the Pocahontas Building in Richmond. 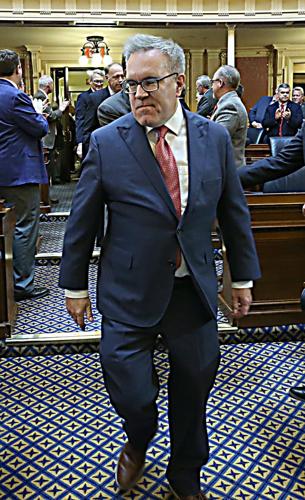 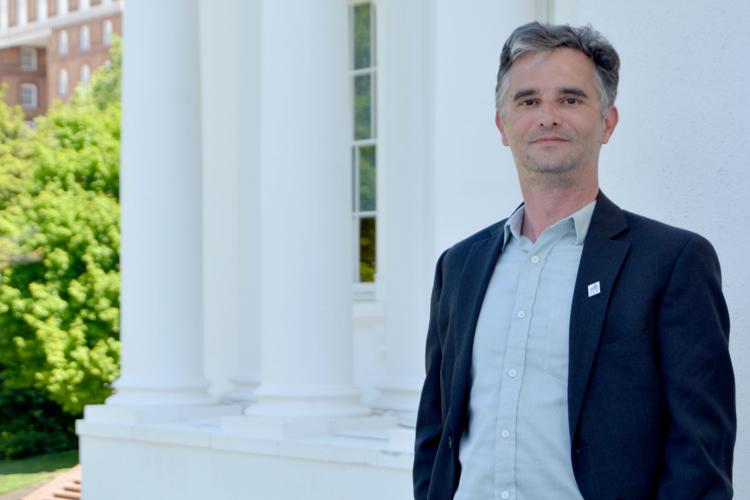