“Today we are reestablishing and restoring power back to parents,” the Republican governor told a crowd of students, parents and lawmakers gathered at the South Portico of the state Capitol.

“But we are also establishing our expectations that we will get back to normal. And this is the path.”

The legislation’s passage is a major victory for Youngkin, who said in his State of the Commonwealth Address that he was elected, in part, to “turn the page” on COVID-19.

Before Youngkin signed the measure, the crowd heard from 10-year-old Bronagh McAllister of Fairfax County, a fourth-grader who said she had been suspended repeatedly for not wearing a mask. She said masks make it hard to do work, to breathe, to hear her teacher and “to connect and make friends.”

Sen. Siobhan Dunnavant, R-Henrico, who sponsored the bill Youngkin signed, told the crowd that it is time to stop “putting kids last.” She said parents are capable of making decisions about their children’s well-being.

“I want to start by saying how wonderful it is to see your beautiful faces,” Dunnavant said. Wearing a mask in school “is a decision that needs to be made individually … the political entities need to get out.”

Later Wednesday, a Loudoun judge ruled that the county’s public schools must make masks optional starting Thursday. Loudoun’s superintendent had announced that the school system would do so as of Tuesday, Feb. 22. The judge also said the school system must expunge the records of students who were disciplined for carrying out their parents’ decision to remove their masks.

The ruling came in a case brought by parents who had sued the school board for continuing to require masks after the governor’s Jan. 15 executive order meant to give parents an opt-out. Attorney General Jason Miyares’ office had entered the case to defend the executive order.

“Today is a great day for Virginia’s parents and kids,” Youngkin said in a statement Wednesday night.

The amendments add an emergency clause under which the legislation takes effect upon his signature, specify the governor retains the authority to act in a health emergency, and set March 1 as the date local school mask mandates end.

Democrats asserted in the House that an emergency clause amendment from the governor could not pass on a simple majority vote, although Democrats allowed it to happen when they controlled the legislature.

Del. Marcus Simon, D-Fairfax, said that in 2010 then-Speaker Bill Howell, R-Stafford, had found that a governor’s recommended amendment seeking an emergency clause could not pass by a simple majority and override the supermajority requirement in the Virginia Constitution.

“The constitution controls over our rules,” Simon said.

Speaker of the House Todd Gilbert, R-Shenandoah, cited a portion of Article V, section 6 of the state Constitution that says, “Each house may agree to the Governor’s amendments by a majority vote of the members present.”

Gilbert said there were 11 instances in which recommendations by then-Gov. Ralph Northam, a Democrat, added emergency clauses in 2020 and in 2021.

Speaking about the bill, Simon said: “These amendments don’t make this bill better. They make it worse.”

The House voted collectively on three of the governor’s amendments, backing them 52-48.

The House voted 77-23 to pass the other amendment, underscoring the governor’s authority to act in a health emergency.

Petersen, the Fairfax City Democrat whose amendment to the Senate bill resulted in the prohibition on school mask mandates, said in a statement Wednesday that he thinks the time has come.

“COVID-19 has been a tough and stressful time, and our kids have been hit the hardest,” he said. “We are in a different world than we were two years ago. The vaccine works and is widely available.”

Petersen said universal mask mandates, “especially for children who are healthy and vaccinated,” are “an onerous and outdated measure that will now end on March 1st.”

“At a time when our school divisions continue to face the ongoing effects of this pandemic and uncertainty about what lies ahead, we need to empower our local school boards to remain nimble and meet the ever-changing needs of our schools and students. Instead, Governor Youngkin has chosen to strip them of their constitutional responsibilities and tie their hands.”

In practical terms, the new law appears to render moot a number of lawsuits in state courts, but Carl Tobias, a professor of constitutional law at the University of Richmond, said it does not fully address questions about restrictions on the governor’s authority under a ruling by an Arlington County Circuit Court judge less than two weeks ago.

He said the new state law does not expressly repeal Senate Bill 1303, which the General Assembly adopted last year and Arlington Circuit Court Judge Louise DiMatteo relied on in deciding Youngkin superseded school board authority to determine how to comply with federal CDC guidelines.

Tobias said the Virginia constitution grants both the General Assembly and local school boards “considerable authority" to make policy for public schools, but “does not say which takes precedence. “

“One way to resolve this issue would be to ask the Arlington Circuit judge or a higher court on appeal to rule on the question,” he said.

Meantime, the Virginia Safety and Health Codes Board recommended revocation of a workplace standard related to COVID, determining that variants no longer pose a grave danger in the workplace.

The proposal will be subject to a 30-day public comment period and a public hearing before a final vote.

"While we can’t undo the damage done during the Northam administration, we are taking action going forward to end COVID-era draconian overreach," the governor said.

Schapiro: Even when time was short, McEachin played a long game

You didn’t want to bet against Donald McEachin.

"I completely disagree with his comments," Youngkin said at The Wall Street Journal's CEO Council in Washington.

She will advise leadership on how to appeal to political independents and swing voters in those unpredictable districts.

Schapiro: Fuss over legislature's calendar could make for long days

Murmurings about a truncated gathering of the legislature are not about policy; they’re about politics. 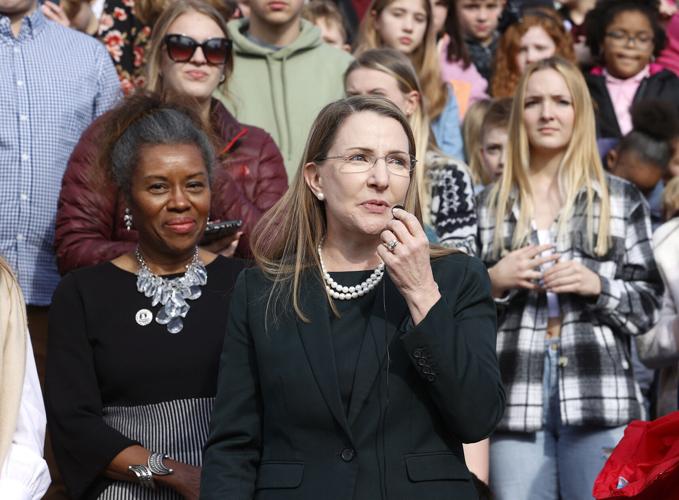 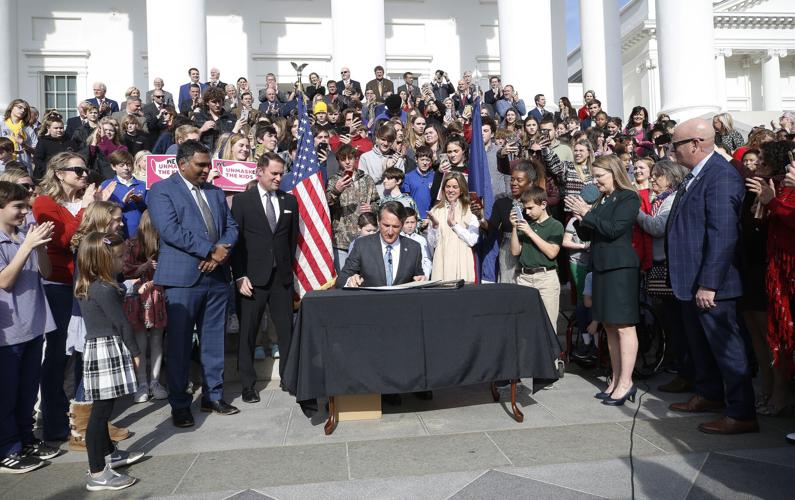 Gov. Glenn Youngkin signs Senate Bill 739 which removes mask mandates in Virginia public schools from kindergarten to twelfth grade. He signed the bill on the south portico of the State Capitol Wednesday, February 16, 2022. 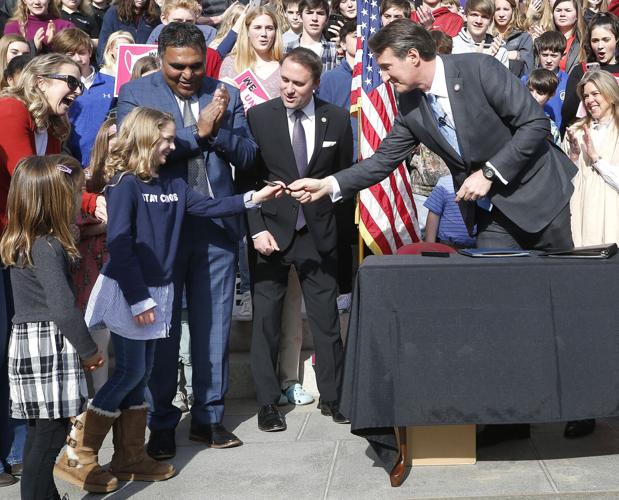 Gov. Glenn Youngkin handed 10-year-old Bronagh McAllister of Fairfax County the pen he used to sign Senate Bill 739, which removes mask mandates in Virginia public schools from kindergarten to 12th grade. He signed the bill at the State Capitol on Wednesday.