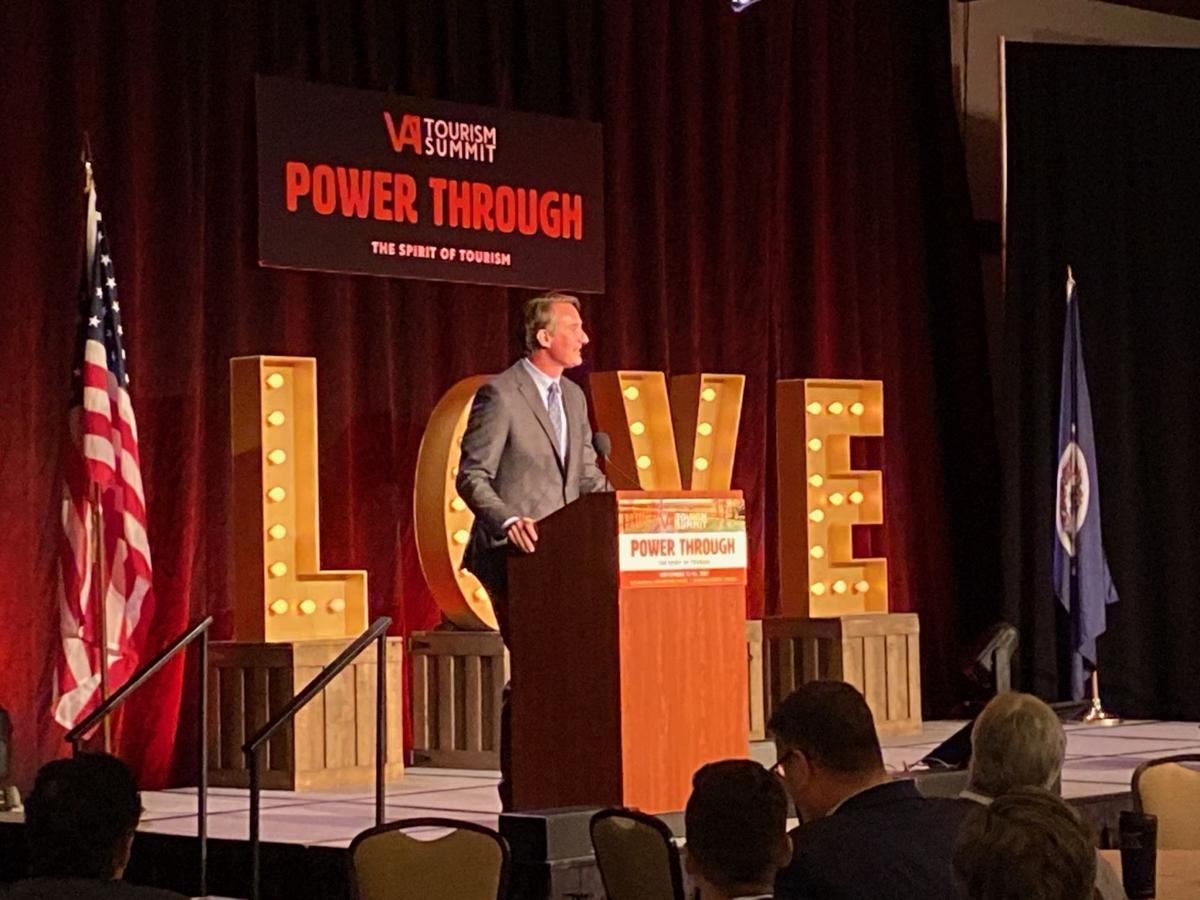 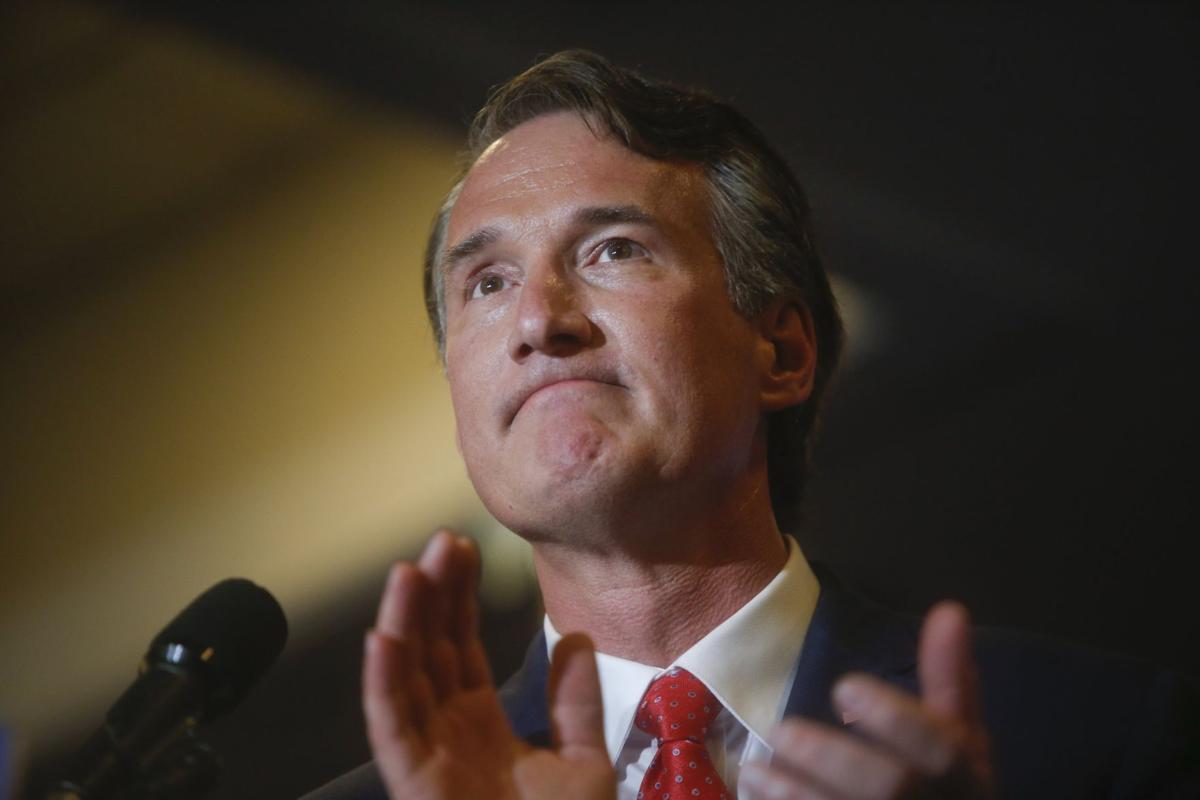 LEESBURG — Gov.-elect Glenn Youngkin promised on Monday to declare Virginia “open for business” on the day he is inaugurated in January, with no more government-mandated shutdowns and restrictions as the state seeks to emerge from the COVID-19 pandemic.

Speaking to state and local tourism officials, Youngkin sounded themes of unshackling business from government regulation and taxes, similar to those Gov. George Allen, a fellow Republican, did after taking office nearly 28 years ago.

“We will not have shutdowns, we will not have lockdowns — we will be open,” Youngkin said at the Virginia Tourism Summit at the National Conference Center in Loudoun County. “That, for me, is a very clear day one task.”

Youngkin drew applause from an audience of more than 300 people when he added that he will ensure “our travel and tourism industry is open, as well.”

Virginia’s tourism industry is a $27 billion annual business that lost $17 billion in the last fiscal year because of public health restrictions during the pandemic, as well as the concerns of many Americans about their own health and safety as they resume travel for business and leisure.

Virginia lifted most of its remaining COVID-19 restrictions at the beginning of Memorial Day weekend. It marked the first time since March 2020 that there were no such restrictions on gathering and capacity in the state’s restaurants, businesses, offices and other venues. The state’s 15-month state of emergency ended on June 30.

Virginia has made no move toward further restrictions since, as the state’s vaccination rates have risen. Gov. Ralph Northam on Friday tweeted, “BIG NEWS: More than 83% of Virginia adults are vaccinated and 75% are fully vaccinated.”

“Every establishment wants safe practices and customers expect that,” Virginia Tourism President and CEO Rita McClenny said after greeting Youngkin at the end of his speech. “The consumer is a great judge of whether they’re safe.”

McClenny was enthusiastic about the governor-elect’s speech, in which he invoked the job he held at 15 as a dishwasher at the Belvedere Hotel on the Virginia Beach oceanfront, and thanked “the entire tourism industry for its resilience” during the public health emergency.

“He’s clearly a supporter of tourism,” she said. “We have to overcome the ravages of the pandemic, and further investments in tourism will help us do that.”

McClenny confirmed that Northam will propose an additional $200 million in the next two-year state budget to replenish the Rebuild VA grant program for helping small businesses recover some of their losses in the pandemic.

The money would come on top of about $400 million in federal emergency aid and electronic gaming taxes devoted to the state grant program, including $250 million in funding from the American Rescue Plan Act that Northam and the assembly appropriated in August.

However, that money hasn’t been enough to cover a backlog of 9,000 requests for grants, much less reopen the program to new applications for help from businesses, such as hotels and restaurants, that say they haven’t received the aid they need to recover.

“Hopefully, they’ll accelerate the pace at which they’re getting the money out [to businesses],” said Eric Terry, president of the Virginia Restaurant, Lodging and Travel Association, which co-sponsored the summit with state and local tourism organizations.

Secretary of Commerce and Trade Brian Ball also confirmed that Northam would request “a substantial amount” of additional funding for the business grant program in the two-year budget the governor will propose to the assembly on Dec. 16, a month before leaving office.

Ball said the additional money should be enough “to get through the existing pipeline, plus open the window for some new applications.”

Northam and the assembly also gave $50 million in federal aid to Virginia Tourism Corp. and the local and regional “destination marketing organizations” that pitch the state for conventions, conferences, business and recreational travel.

‘The spirit of Virginia’

McClenny said the state began receiving requests from local governments in late October for money to funnel to their local and regional tourism operations to market their localities.

She will have help from Youngkin, who promised to be “the best chief marketing officer Virginia has ever seen.”

“The spirit of tourism is part of that Virginia spirit we have to unleash,” he said.

Almost two weeks after defeating former Gov. Terry McAuliffe — a Democrat who billed himself as Virginia’s top promoter — Youngkin said he is focused on governing, not politics.

“The partisan nature of politics is best placed in the rear-view mirror,” he said.

However, Youngkin returned to many of his campaign criticisms over Virginia’s governance by McAuliffe and Northam over an eight-year span in which he contends the state’s economic growth has “stalled out.”

Virginia needs to grow its economy by 2.5% a year, Youngkin said in a challenge to tourism industry officials. “In order for us to grow like that, our fifth-largest industry has got to thrive.” Nationally, growth was 2% in the third quarter.

Youngkin also focused on lagging participation in the labor force, which he blamed on what he called government incentives for people not to work.

Republicans have faulted extension of enhanced federal unemployment benefits under the American Rescue Plan Act for encouraging people not to work, but those benefits ended on Labor Day and the labor force still hasn’t recovered.

Democrats say major investments in child care and early childhood education in the pending $1.75 trillion Build Back Better bill that President Joe Biden is proposing are essential for allowing people, particularly women, to return to the workforce.

Youngkin said everyone he’s met in Virginia’s travel and tourism industry says the same thing: “We’ve got to get people back to work.”

“On day one, I will declare Virginia open for business and I’m going to invite people to visit,” he said.