Recent dissenting opinions on whether the full 4th U.S. Circuit Court of Appeals should rehear a case appear to support concerns that the court may be divided by partisanship.

The Richmond-based 4th Circuit is one of 13 appeals courts in the U.S. where virtually all federal cases are decided, except for the handful taken up by the U.S. Supreme Court. Almost all cases on appeals courts are decided by three-judge panels and only a few by the full court in what are called “en banc” hearings.

Earlier this year, a divided 4th Circuit panel reinstated a suit filed by a high school student identified as “Jane Doe,” who alleged she was sexually assaulted by another student while on a school band trip and that the Fairfax County School Board acted with deliberate indifference to her complaint.

In June, the Fairfax County School Board asked the court to reconsider the ruling en banc, leading to Monday’s 9-6 denial of the request by the full court and the two published dissenting opinions from judges who wanted a rehearing.

Losing judges on cases frequently write dissenting opinions. However, such opinions are rare when the court votes on whether to consider a case en banc.

In the Doe case, the losing judge on the three-judge panel, Paul V. Niemeyer, wrote a four-page dissent on the en banc rehearing question. He was joined by Judge J. Harvie Wilkinson III, who wrote more than 20 pages in support of Niemeyer.

Neal Devins, who teaches at the William & Mary School of law, is one of the authors of the forthcoming article in the New York University Law Review, “Weaponizing En Banc.” The article looked for apparent partisan en banc decisions — where a majority of judges on an appeals court was appointed by presidents from one party and they were inclined to overturn panel decisions when the panel was dominated by judges of the other political party.

The authors noted a statistically significant “spike up” in the phenomenon starting in 2018, he said.

“The spirit of the federal courts of appeals is this notion that you can get any three-judge panel and you will get justice — they will follow the law of the circuit, they will operate in a collegial way,” said Devins. “What we were writing about ... is how that seems to be changing and how partisan identity is becoming more salient.”

He said that his concern, and that of co-author Allison Orr Larsen, is that the appeals should not be seen by the public and lawyers as a place where: “’I win if I am in a majority Democratic circuit, or Republican.”

Fourth Circuit Judge James Andrew Wynn, who wrote the panel decision in Doe, responded Monday to the two dissents with his own opinion, which he said he was writing in the interest of transparency.

“Some commentators suggest that these opinions can create an ‘overblown appearance of internal dissension and disarray,’ as well adding to the perception of politics governing decisions,” wrote Wynn.

Wynn noted that such dissents can be useful, but “these dissents also come with serious drawbacks. They have been characterized as reading, ‘inappropriately, like petitions [for the U.S. Supreme Court to take the case]’ providing one judge’s blueprint for how the favored party ought to frame the case before the Supreme Court.”

Wynn complained that the two dissenting opinions on the en banc question focused on the merits of the underlying Doe case and not on the question of whether the full court should rehear it.

Thus, Wynn wrote, the dissents “are no more than advisory opinions that read like editorials or legal commentary on the three-judge panel decision.

“This is not a new practice, though until recently, it was uncommon in our circuit,” he added.

Carl Tobias, an expert on the 4th Circuit who teaches at the University of Richmond School of Law, said that in en banc cases for judges, the stakes are higher. “You’re engaging the whole court using the resources of all 15 judges and they are usually, by definition, cases of substantial public importance.”

Full court rehearings can also be held should a new panel’s decision conflict in some way with a prior panel decision, he said.

The 4th Circuit was once famously seen as one of the most conservative appeals courts in the country.

Tobias said, “In the old days when the court was so conservative ... what happened was exactly what the Democratic-appointed majority is doing now. So, in the ’80s and ’90s, when the Republican majorities saw a panel decision that they felt was too liberal, then they would take it en banc and change it. Now the shoe is on the other foot.”

“Now it’s 9-6 Democratic as opposed to Republican appointees and the Democrats are doing something pretty similar ... when they see a panel decision they don’t like, or they disagree with, they take it up en banc and then they change it.” That is what happened in two Fourth Amendment cases, one from Richmond and one from Baltimore in the past year, when the 4th Circuit majority held en banc hearings and overturned minority judges’ panel decisions.

Tobias said Wynn is indicating that such dissents should be rare and that there should be transparency about them because he thinks they are being misused: “What you’re really doing is trying to get the attention of the Supreme Court, to tell the Supreme Court why the panel got it wrong.”

“He probably thinks that is what is really going on and I think there’s some truth to this, both in the 9th Circuit and the 4th Circuit,” he said. The 9th Circuit, which includes California and other West Coast states, has been seen as a liberal appeals court.

In a prior case, Wilkinson expressed his own concerns about partisanship. In his dissent Monday, Wilkinson referenced Niemeyer and Wynn’s opinions in a footnote. “I hope their opinions will assist the Supreme Court when it ultimately resolves an issue of great importance to school districts across the country,” he wrote.

Wilkinson also wrote that judges are entitled to explain their votes in dissenting opinions. “Giving reasons is what we do. Reasoning adds to judicial transparency; it does not detract from it. And debate on issues of legal and public importance is to be welcomed, not disapproved.”

Devins and Larsen’s article looked at 950 en banc cases over a 54-year period in 12 of the 13 appeals courts.

They used another en banc 4th Circuit case concerning a lawsuit against former President Donald Trump as an example. In that case the majority appointed by Democrats overruled a 3-0 Republican-appointed panel in a 9-6, party-line vote, “leading each side to make cutting accusations regarding the political behavior of judges and the future of the rule of law with Judge Wilkinson complaining that they had all been reduced to ‘partisan warriors.’ ”

The authors found that the 2018 to 2020 data “underscore that we could be in a season of change. There are significant red flags to indicate that long-standing rule-of-law and collegiality norms on the federal bench are eroding and there may come a day when en banc is purely seen as a numbers game for one party to use against the other.

“Recent Republican and Democratic party efforts to ‘flip’ control of and ‘restructure’ the circuits further suggest that the political branches will push federal courts of appeals to advance partisan goals by trading off rule of law norms,” says the article.

The authors conclude in part that: “These calls for weaponizing en banc and the dramatic spike up in partisan en banc decision-making raise basic questions both about the desirability of en banc review and the legitimacy of the federal courts of appeals. Partisan overrulings come at a substantial cost, chipping away at the very rule of law norms that underlie the three judge panel system and en banc review.

“Indeed, partisan en banc review reinforces a destructive ‘us versus them’ mentality and, consequently, may well spill over to the decision-making of three judge panels and other interactions between appeals judges.”

RINGGOLD, Va. (AP) — Authorities in Virginia are investigating the fatal shooting of a juvenile at a county fair. 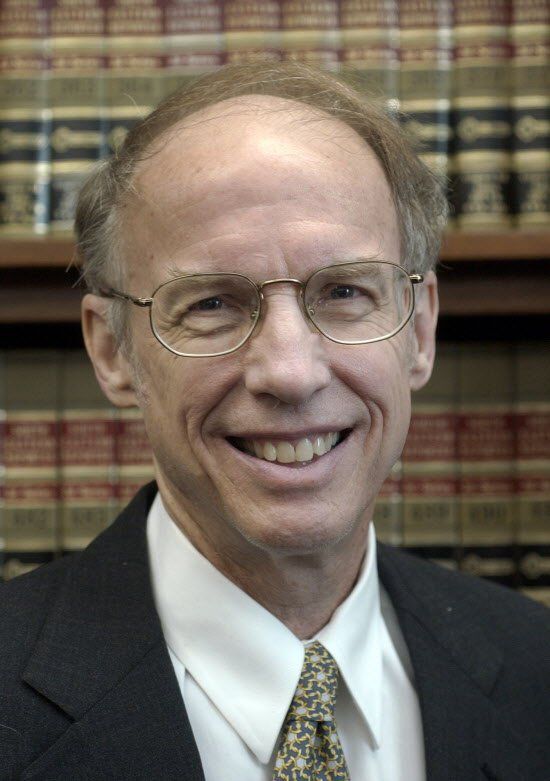 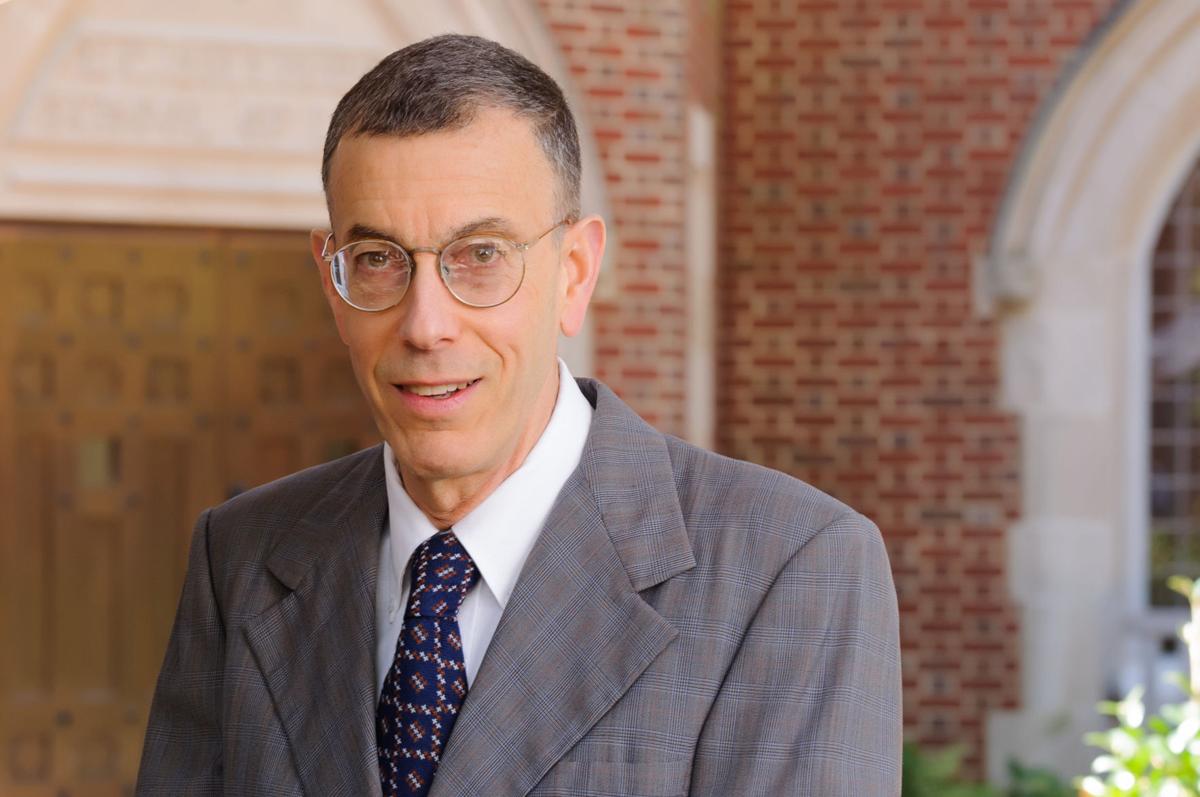