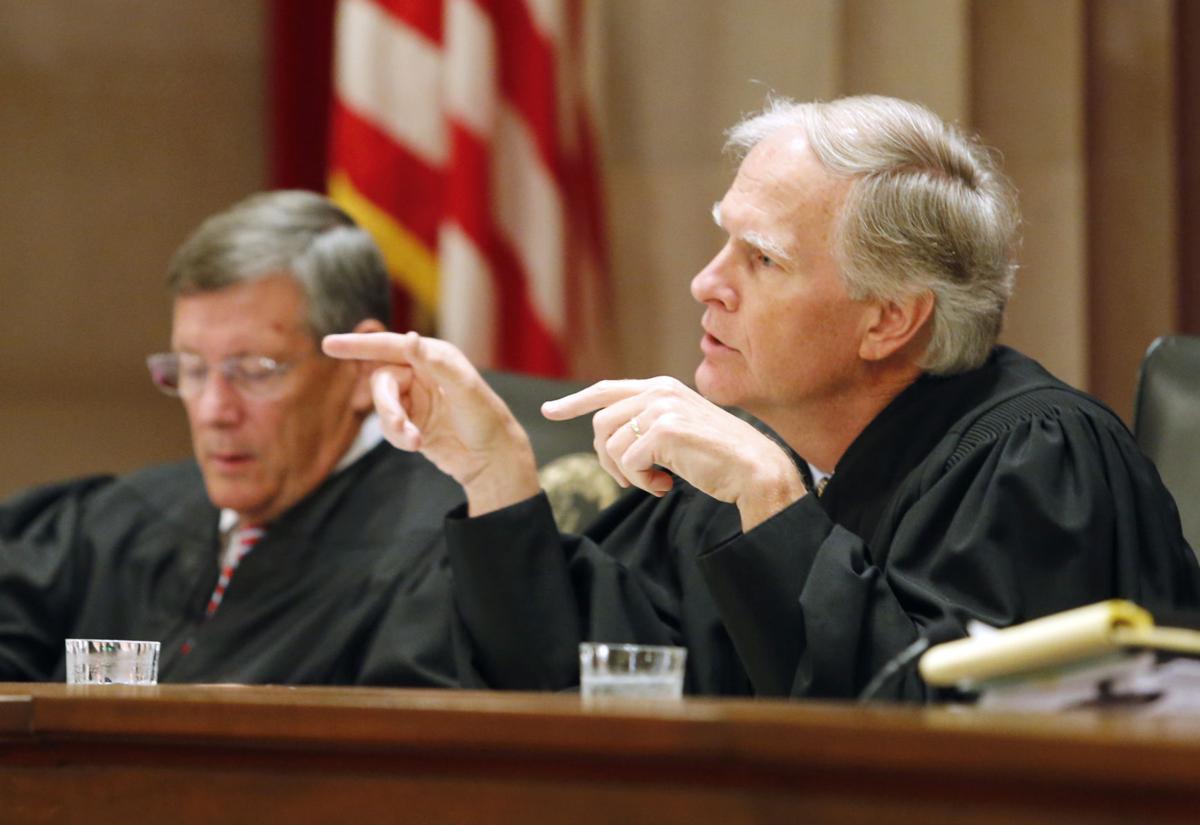 Justice William C. Mims spoke during a Virginia Supreme Court hearing in 2016. Mims will leave the court in 2022. 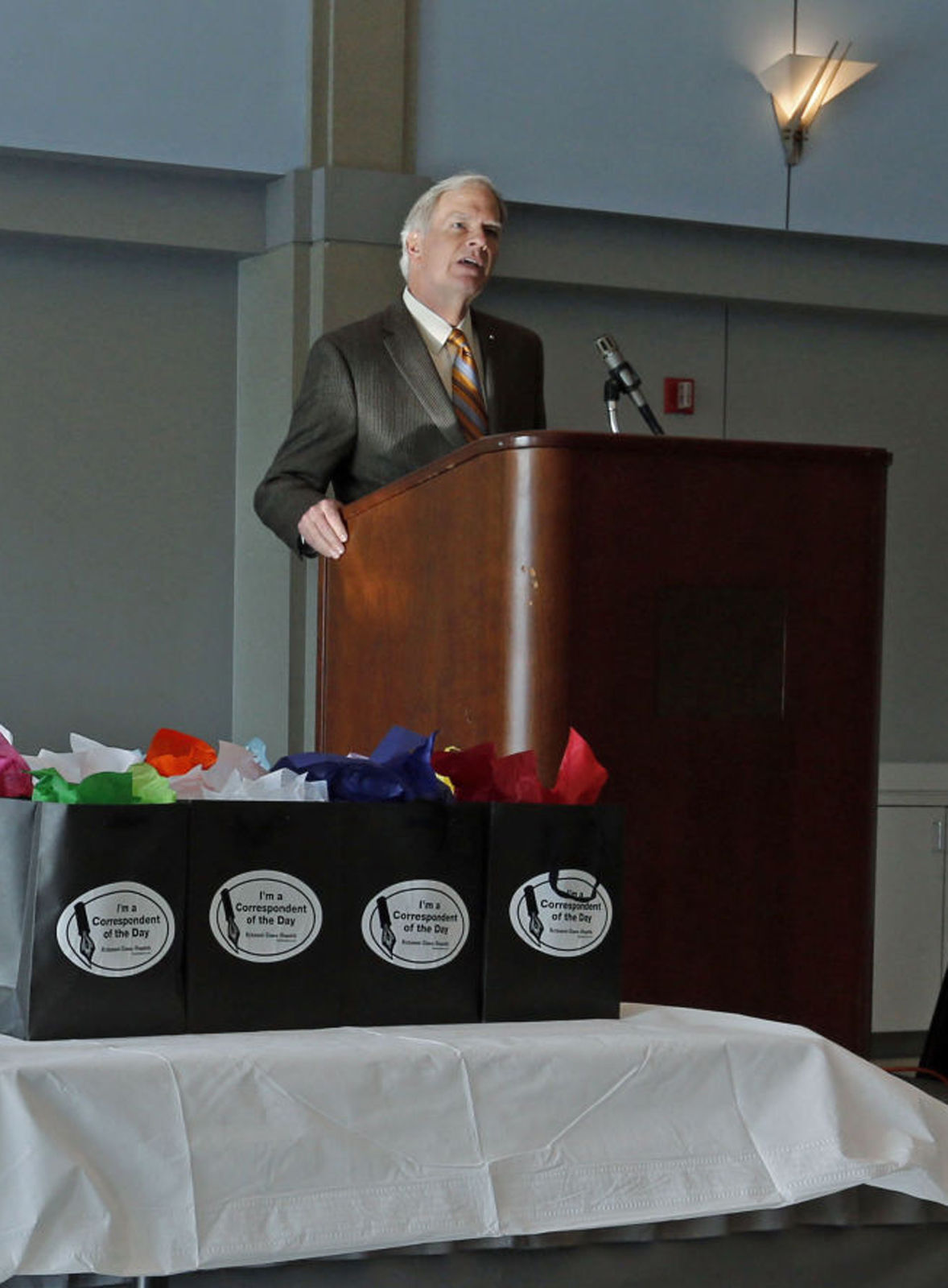 In a letter to Gov. Ralph Northam, House Speaker Eileen Filler-Corn and Senate Majority Leader Dick Saslaw, Mims wrote that he was providing ample notice so those wishing to be considered for the court can advance their candidacies. The General Assembly will take up the upcoming vacancy when it reconvenes in January. Democrats currently control the Senate and the House of Delegates, but all 100 House seats are up for election in November.

“Serving the people of the Commonwealth for a 12-year term on the court, and 30 years overall, has been an honor beyond measure,” he wrote. “I have been blessed with meaningful work and valued colleagues. Now as I approach my 65th birthday in June 2022, the time has come to discern other opportunities to serve.”

In an email to the Richmond Times-Dispatch on Thursday, Mims wrote: “Federal judges have lifetime appointments. Virginia’s judges, by contrast, serve for terms of years. This advances the ‘citizen jurist’ concept, whereby capable individuals regularly have the opportunity to advance. I have been honored to serve on the court for one-third of my legal career and I am grateful for the trust that has been placed in me.”

Mims said he does not yet have any specific plans but has an interest in teaching. He said he has been an adjunct professor at the George Mason University School of Law, now the Antonin Scalia Law School, and the Appalachian School of Law, as well as a guest lecturer to undergraduate and law school classes.

He added that he will be at Christopher Newport University regularly this fall at the invitation of the Wason Center for Civic Leadership.

If eligible, he said he would appreciate continuing to serve on the Supreme Court as a senior justice who would be voted upon each year by the court. There is a maximum of five senior justices on the court and there are currently three.

Not all retired justices are eligible. Affiliation with a law firm or holding a position involving fundraising are among the things that can rule out eligibility, he said.

In April 2010, Mims was sworn in as Virginia’s 100th justice and only the second one to have previously served in the General Assembly and as Virginia’s attorney general.

Mims represented Loudoun County in the House and the Senate before leaving the legislature in 2006 to become chief deputy attorney general under then-Attorney General Bob McDonnell.

When McDonnell resigned in 2009 to run for governor, Mims was selected by the GOP-controlled House and the Democratic-dominated Senate to complete McDonnell’s term as the state’s chief legal officer. He succeeded Barbara M. Keenan on the high court after she left to serve on a federal appeals court.

A.E. Dick Howard, a professor at the University of Virginia School of Law, wrote in an email that “Justice Mims is the model of a citizen dedicated to public service. He has held office in all three branches of Virginia’s government, but he has never sought public office for its own sake.”

Howard, who was the executive director of the commission that wrote Virginia’s current constitution, added: “Bill Mims is especially moving and eloquent when he addresses students, as he has done on several college campuses in Virginia.”

“On the bench, Justice Mims is thoughtful and rigorous,” Howard added. “He digs deeply into the facts of each case, measuring advocates’ arguments with care.”

According to Howard, “In an age when public life is marred by division and invective, Bill Mims seeks common ground and the greater good. He is in a long tradition of citizenship that extends back to the philosophers of ancient Greece. We are fortunate to have him helping shape public discourse in Virginia.”

Justice William C. Mims spoke during a Virginia Supreme Court hearing in 2016. Mims will leave the court in 2022.