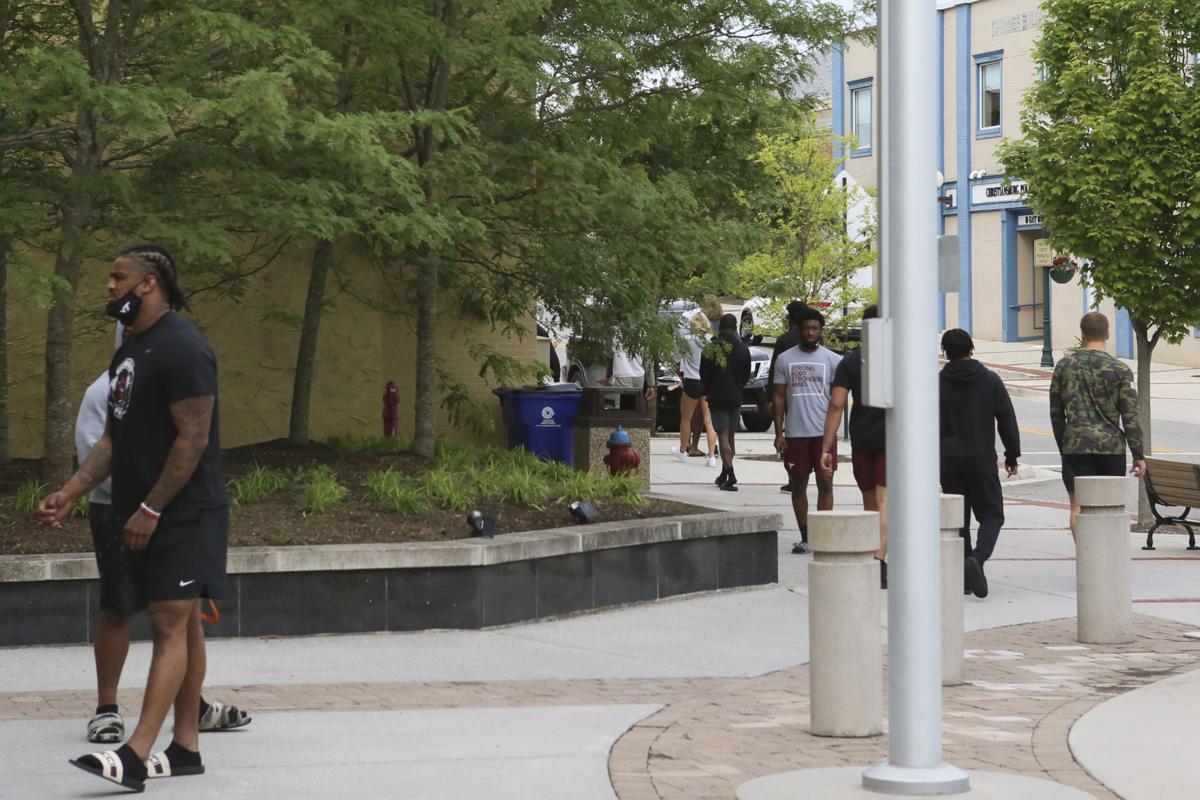 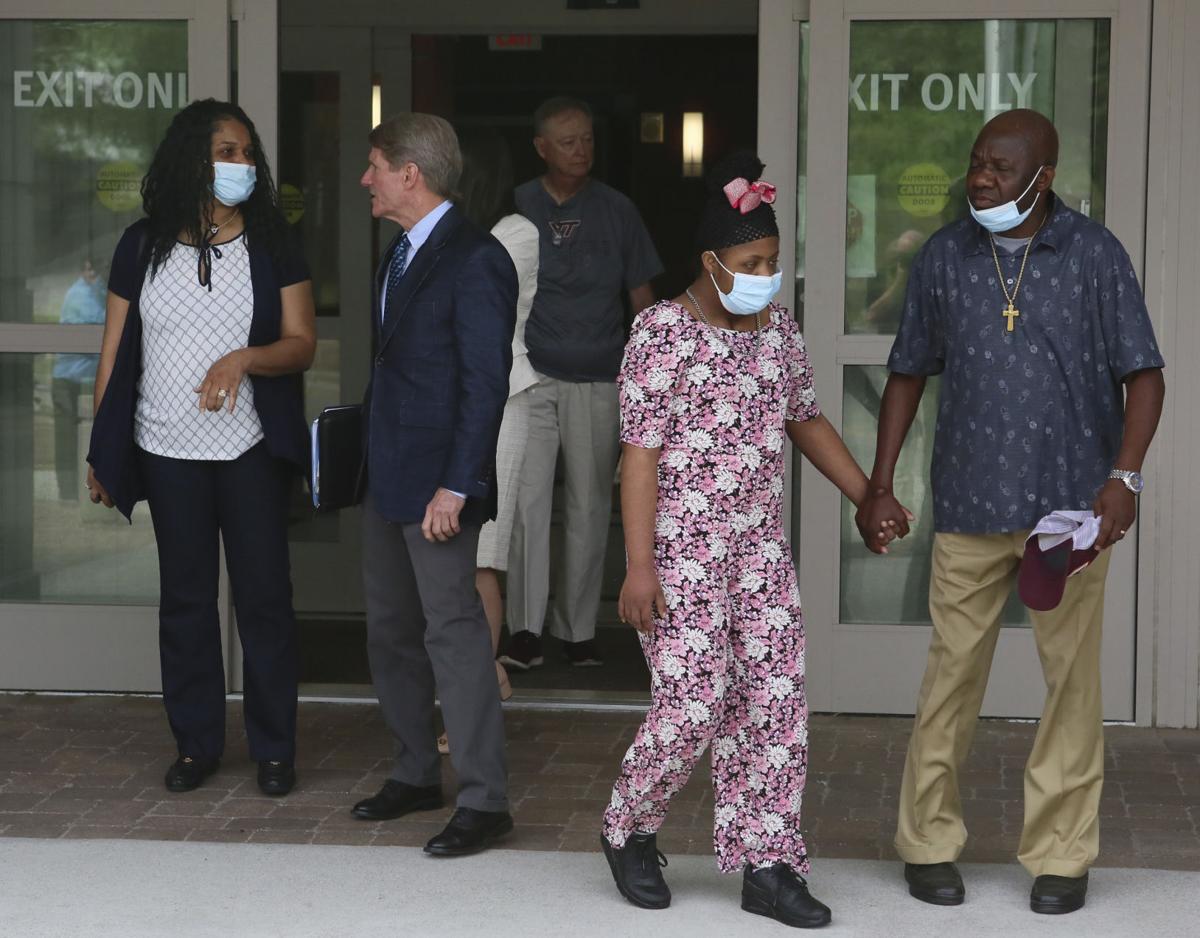 Defense attorney Jimmy Turk leaves the courthouse with the Etute family in Christiansburg on Wednesday. 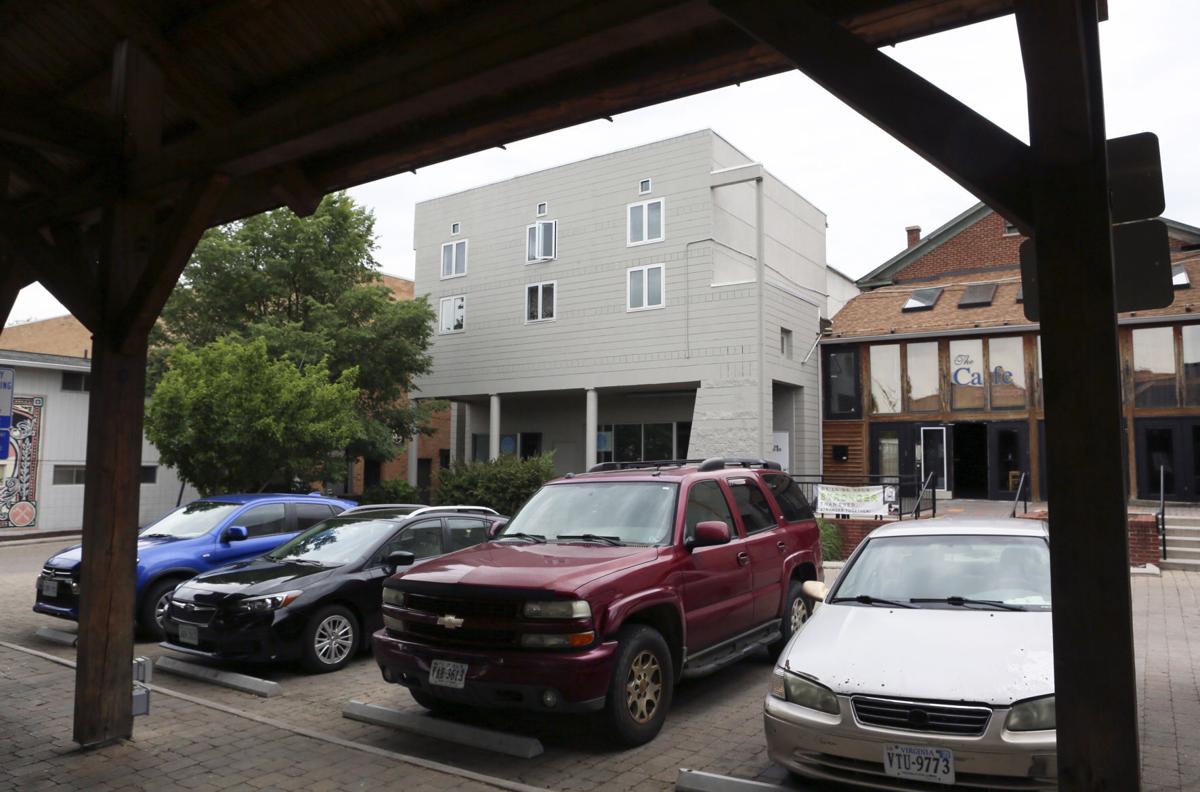 By Mike Gangloff and Laurence Hammack The Roanoke Times

Reverberations continued to spread Thursday from the Memorial Day killing of a gay Blacksburg man whose alleged attacker, a Hokie linebacker, told police that he’d lashed out after discovering the person he met for a sexual encounter was not a woman.

The violence “struck close to home,” said Jim Best, regional coordinator for the Floyd chapter of PFLAG, one of the nation’s oldest and largest organizations for lesbian, gay, bisexual and queer people and their families. “I hope this terrible incident will make more real the jeopardy — and the work we still have to do to prevent the kind of knee-jerk, irrational behavior that we’ve grown up with as males in our society.”

Reactions to the killing of Jerry Paul Smith, a 40-year-old restaurant project manager, grew louder after a Wednesday bond hearing for Isimemen David Etute, 18, of Blacksburg. Etute, a freshman on Virginia Tech’s football team until his arrest, at which point he was suspended, faces a second-degree murder charge.

At the hearing in Montgomery County General District Court with more than a dozen Hokie football players in attendance, Judge Randal Duncan heard a prosecutor’s statements that Etute told police he went to Smith’s downtown apartment to engage in sexual activity. Etute told police he thought he was meeting a woman named Angie with whom he’d connected on Tinder, and whom he’d met for oral sex on April 10.

Smith was left “bubbling and gurgling” on the floor of his home, according to what Etute told police, Morgan said. All of the bones in Smith’s face were broken, his teeth were knocked out, and he had cranial fractures, Morgan said.

Duncan then said that he saw no evidence that Etute posed a danger to the community and allowed him to leave jail until his trial, after posting a $75,000 bond.

Etute was released to his parents shortly after 9 p.m. Wednesday. He is to be under house arrest in their custody in Williamsburg.

Etute’s next court appearance is scheduled for July 23.

In the courtroom, defense attorney Jimmy Turk of Radford said that Smith had solicited Etute for sex. After the hearing, Turk said, “Nobody deserves to die, but I don’t mind saying: Don’t pretend you are something that you are not. Don’t target or lure anyone under that perception. That’s just wrong.”

Last week, a spokesperson for Smith’s family described him as a proud, openly gay man.

Samantha Rosenthal, associate professor of history at Roanoke College and co-founder of the Southwest Virginia LGBTQ+ History Project, wrote in an email Thursday: “Regardless of the victim’s gender identity, the comments by Etute’s attorney demonstrate that the defense intends to use transness as an issue in this case. There is unfortunately a long history of framing transgender people as inherently deceptive or untruthful about their identities.

“But the reality is that trans people often conceal parts of themselves expressly to avoid the violence, harassment, and discrimination that is so often directed against us,” Rosenthal continued. “As this case unfolds, I hope that people will realize that transgender men, women, and non-binary people are on Tinder and have a right to be there, and that presenting oneself as any gender online is not the same thing as catfishing. ”

Roanoke City Council member Joe Cobb, who identifies as a member of the region’s LGBT community, had similar thoughts, saying the larger picture was of how LGBTQ people are seen by the wider society and often have been blamed for crimes in which they were the victims.

Calling Smith’s death “horrific,” Cobb said that though many details remain unknown, the part that stood out to him was that it involved two consenting adults who had already had one sexual encounter.

“The tragedy to me is however this person presented themselves, they are a human being,” Cobb said about Smith. “The offender clearly consented to this and could have made a decision to leave — and instead of leaving, made a decision to kill someone.”

Earlier this year, the Virginia House and Senate approved a bill that bans what is sometimes called the “gay panic” or “LGBTQ panic” defense.

“This ‘panic defense’ allows a criminal defendant to argue in court that their discovery of the victim’s sexual orientation or gender identity caused the defendant’s violent reaction, potentially leading to a reduced charge or sentence,” Madeleine Roberts, deputy press secretary of the Washington, D.C.-based Human Rights Campaign, wrote in a Thursday email.

In April, Gov. Ralph Northam signed legislation that will end use of such defenses in Virginia on July 1. It was not immediately clear Thursday if the new law will cover Etute, since Smith was killed before the law takes effect.

HB 2132, sponsored by Del. Danica Roem, D-Prince William, holds that “another person’s actual or perceived sex, gender, gender identity, or sexual orientation is not in and of itself … a defense to any charge of capital murder, murder in the first degree, murder in the second degree, voluntary manslaughter, or assault and bodily wounding-related crimes and is not provocation negating or excluding malice as an element of murder.”

Roem, the first openly transgender person elected to the Virginia General Assembly, did not immediately reply to requests for comment Thursday.

But on Wednesday, the legislator reacted on Twitter in a discussion of the prospect that the issue of deception might rise as a defense in Etute’s case.

“This is horrific. Absolutely horrific,” Roem tweeted. “It’s also a reminder to my legislative colleagues who tried to grill me about whether we really needed to ban the LGBTQ panic defense that, yes, we did.”

Is it a hate crime?

Some said the details that emerged from Wednesday’s bond hearing show that Smith’s killing was motivated by a bias against gay people.

“It certainly is one that could be investigated as a possible federal hate crime,” said Brian Levin, a law professor at California State University and director of the school’s Center for the Study of Hate and Extremism.

Federal law makes it a crime to willfully cause bodily injury “because of the actual or perceived race, color, religion, national origin, gender, sexual orientation, gender identity, or disability of any person.”

It can cover both assaults and murders, and is punishable by 10 years to life in prison.

Roberts wrote that the Human Rights Campaign has tracked at least 28 deaths of transgender and gender non-conforming people so far in 2021.

“We say ‘at least’ because too often these deaths go unreported — or misreported,” Roberts wrote. “Since HRC started tracking this violence in 2013, we have never witnessed so many deaths by this point in the year.”

To charge a hate crime, prosecutors would have to determine whether the defendant acted with a bias as defined under the law, according to Timothy Heaphy, who served as U.S. attorney for the Western District of Virginia under President Barack Obama’s administration.

Heaphy, who is now chief counsel at the University of Virginia, said in an email that the offender in such a case may claim that he was acting out of shock or surprise at the victim’s gender, or that deception was involved.

Brian McGinn, a spokesman for the Roanoke-based U.S. attorney’s office, declined to comment when asked about the case Thursday. A spokeswoman for the FBI has said the agency is assisting in the investigation.

Mary Pettitt, the Montgomery County commonwealth’s attorney who is pursuing the second-degree murder charge, wrote in an email that Virginia law has a hate crime enhancement statute for assault and battery but not for murder.

“With no Virginia [hate] crime for me to even possibly charge, I don’t have to make a call on whether it was an anti-gay violence,” Pettitt wrote.

Ultimately, authorities will have to decide whether a case is more suitable for federal or state prosecution — although cases can be brought in both court systems without violating a defendant’s protection against double jeopardy, Levin said.

“The standard has been to yield to state prosecutions, but that has really changed over the past 10 years, particularly with the Obama administration,” he said.

Sometimes dual prosecutions are launched, such as those against the former Minneapolis police officers charged in the death of George Floyd and against Dylann Roof, a white supremacist sentenced to death for a church shooting in Charleston, S.C.

In some cases, Levin said, a federal hate-crimes prosecution can go beyond what state laws cover.

For example, Congress expanded the definition of hate crimes in 2009, adding protections against crimes based on gender identity or sexual orientation and allowing a federal prosecution when it is in the public interest.

“Unlike a lot of crimes, these involve deeply felt community harm” in which an entire segment of the population is victimized, Levin said, adding: “At a time when we’re seeing record-high violence against our gay and transgender neighbors, I think the federal government can essentially make a policy statement that these kinds of cases should be prosecuted,” he said.

Joe Cobb is a member of the Roanoke City Council. His title was incorrect in an earlier version of this story.

A jury took an hour to find Kayla Nicole Thomas guilty on all counts, then minutes more to recommend two life sentences plus 10 years.

Defense attorney Jimmy Turk leaves the courthouse with the Etute family in Christiansburg on Wednesday. 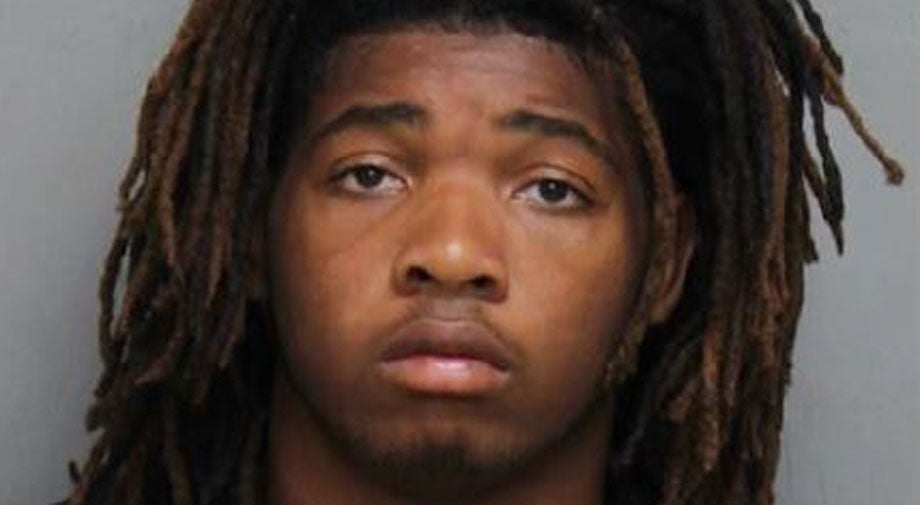 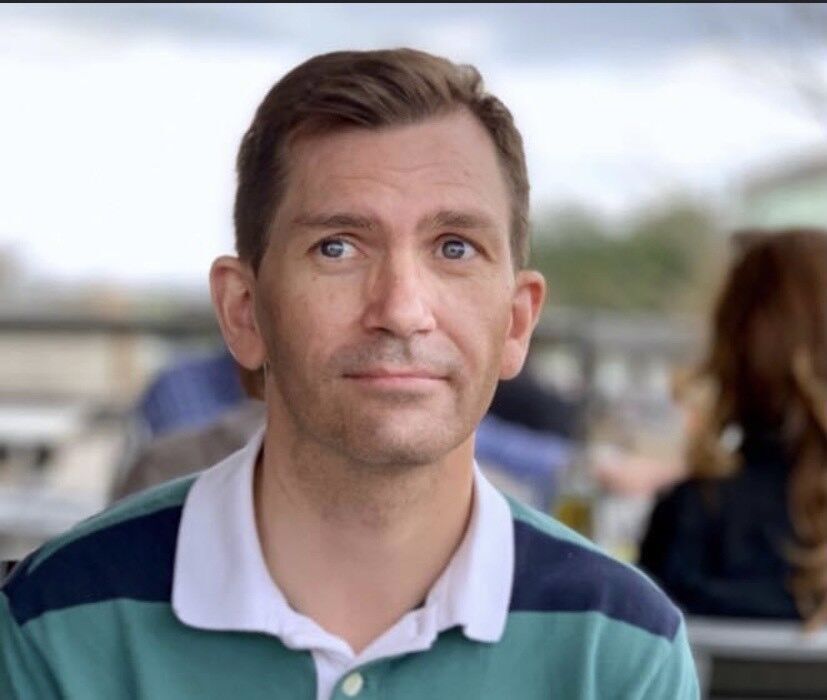 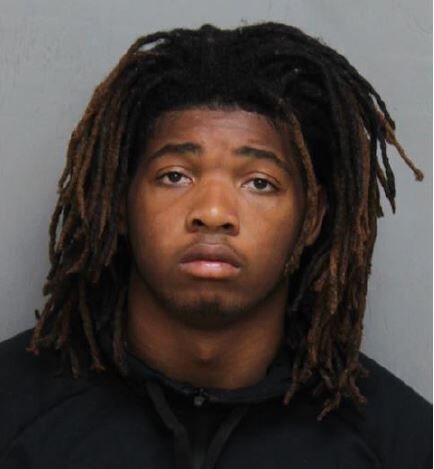