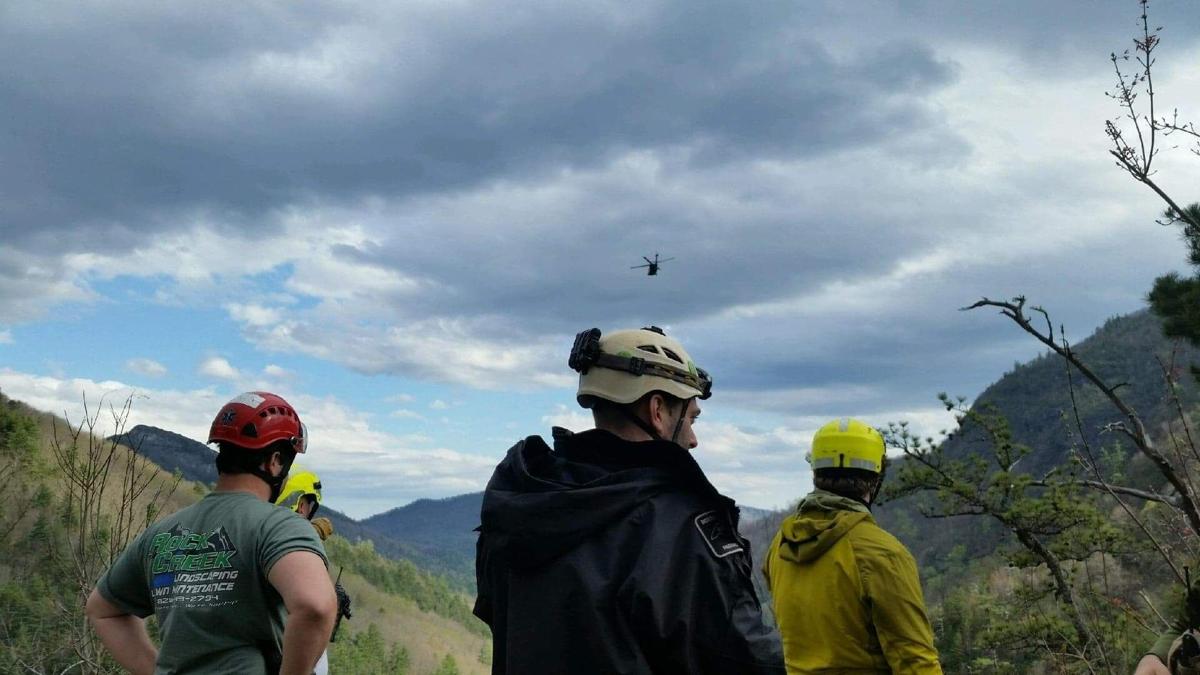 Rescuers watch while a helicopter with the N.C. Helo-Aquatic Rescue Team flies over the Linville Gorge on Saturday. 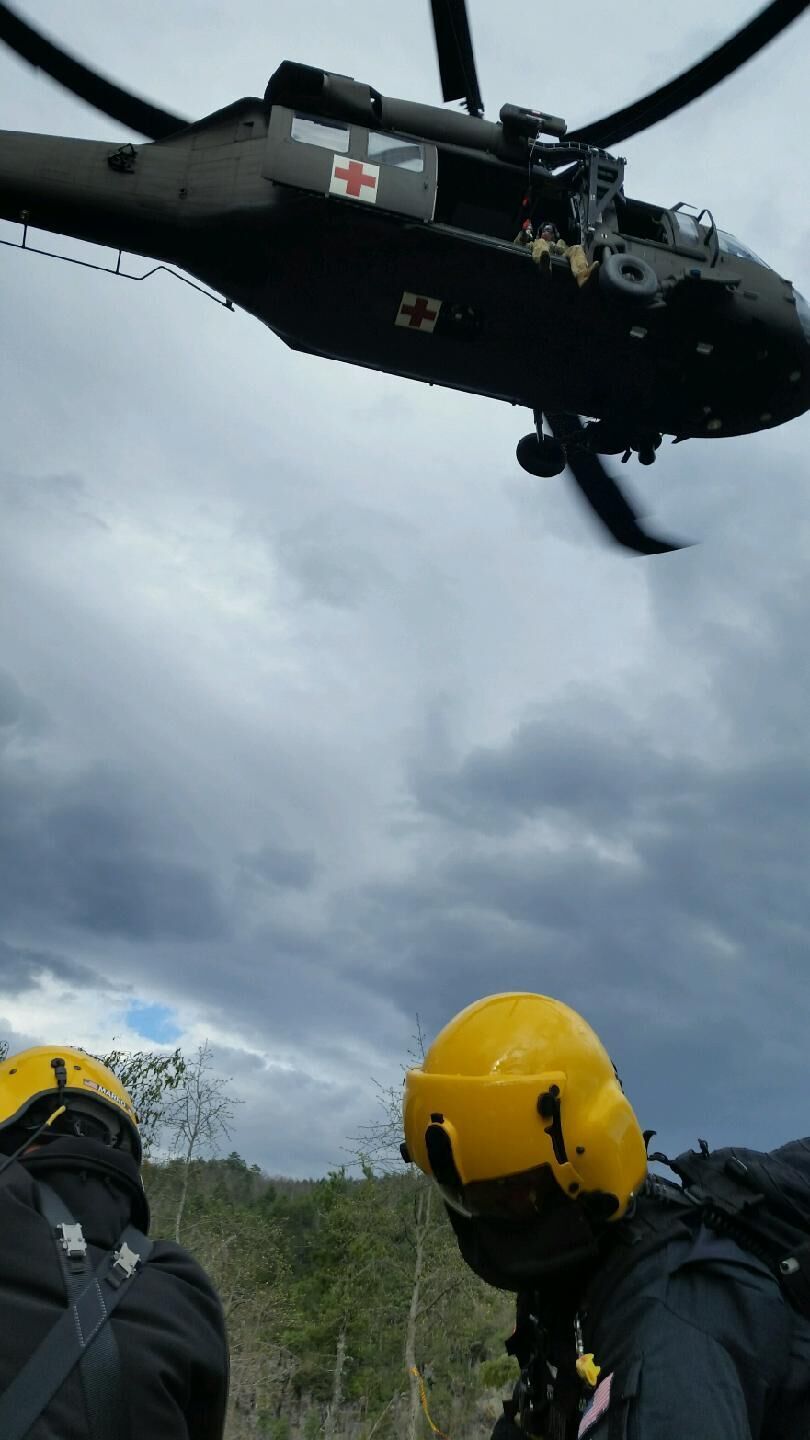 A helicopter from the N.C. Helo-Aquatic Rescue Team hovers while rescuers stand by Saturday in the Linville Gorge.

A man fell to his death Saturday in the Linville Gorge.

Rescue crews were called to the area of Babel Tower, on the western side of Linville Gorge, around 12:32 p.m., according to a post on Burke County Search and Rescue's Facebook page.

After hiking about a mile from the Babel Tower trailhead to the incident location in the gorge, responders found the victim dead on arrival, the Facebook post said.

The victim, a man who looked to be in his late 50s, had been hiking with his son and seemed to have decided to climb part of Babel Tower, Browning said. No ropes were used, and Browning didn’t believe the man originally had intended to climb the tower when he and his son set off to hike in the gorge.

The U.S. Forest Service is investigating the incident.

Rescuers watch while a helicopter with the N.C. Helo-Aquatic Rescue Team flies over the Linville Gorge on Saturday.

A helicopter from the N.C. Helo-Aquatic Rescue Team hovers while rescuers stand by Saturday in the Linville Gorge.