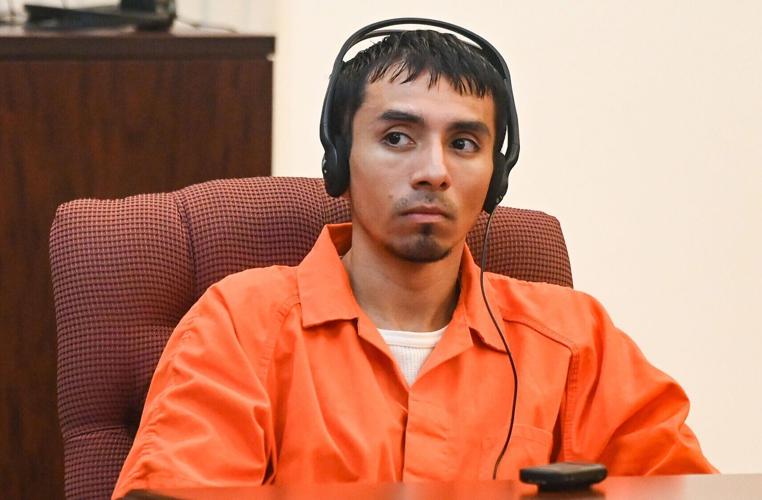 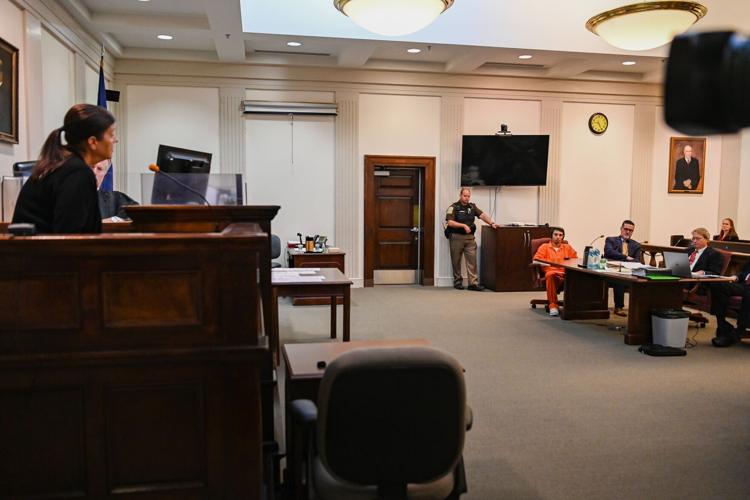 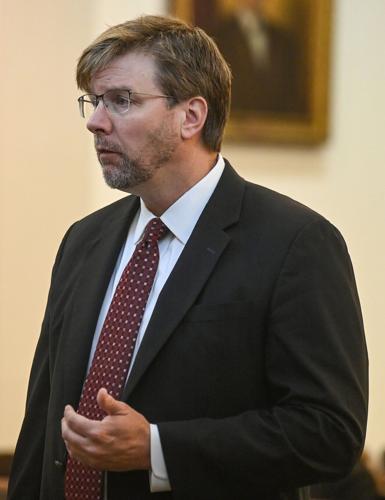 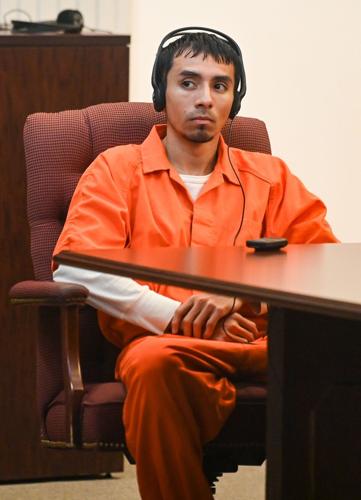 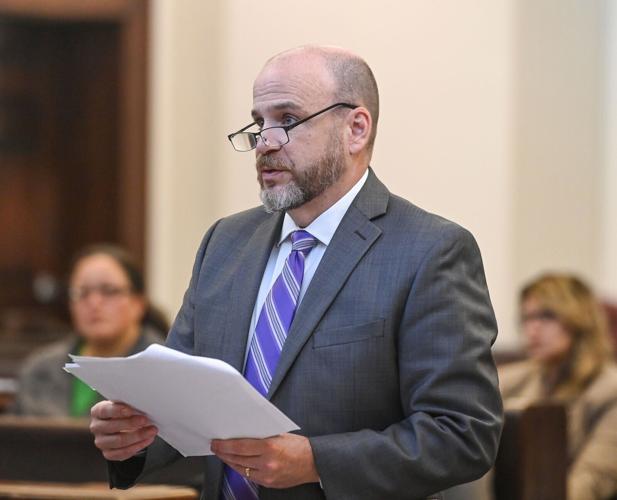 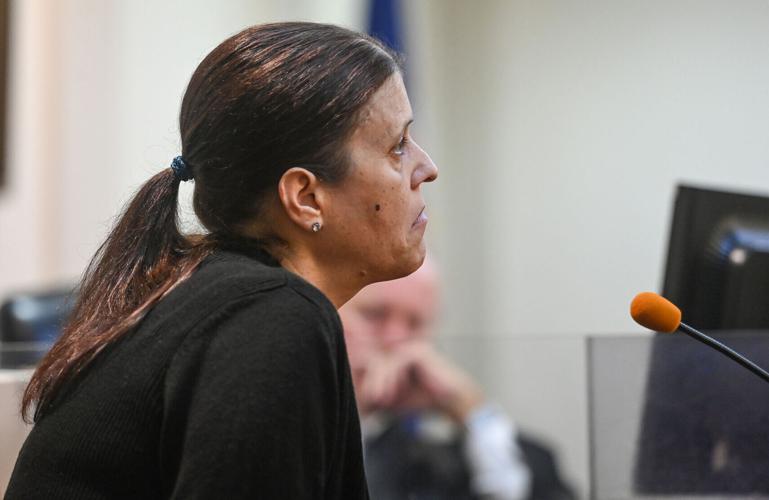 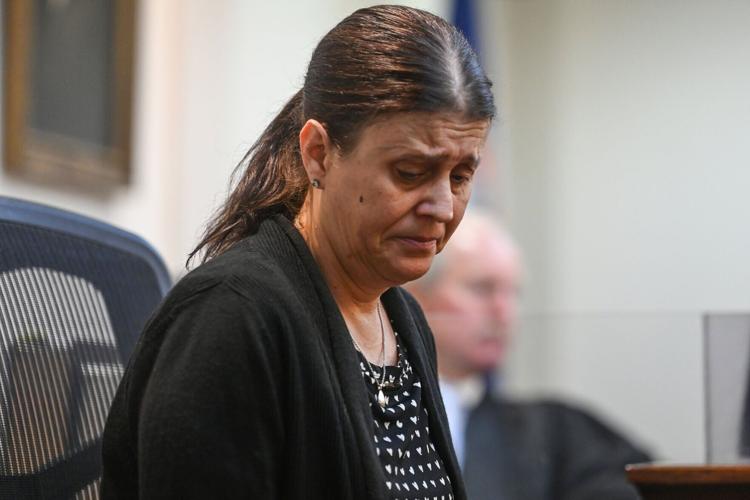 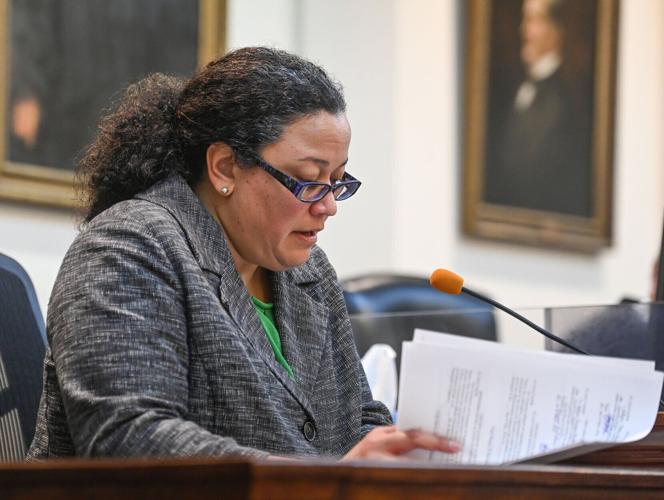 A mitigation specialist and attorney for the defense of Cristian Sanchez-Gomez testifies Wednesday in Bedford Circuit Court about researching MS-13 gang activity in El Salvador, where the defendant is from. 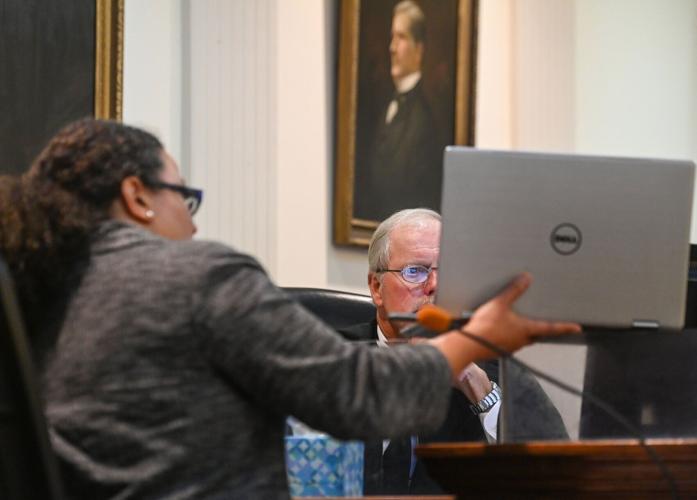 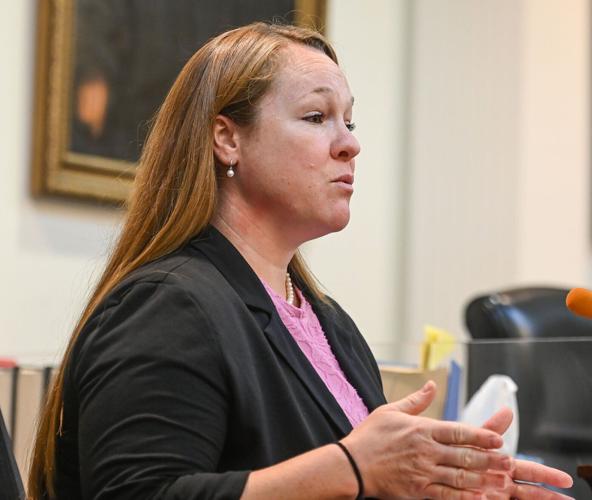 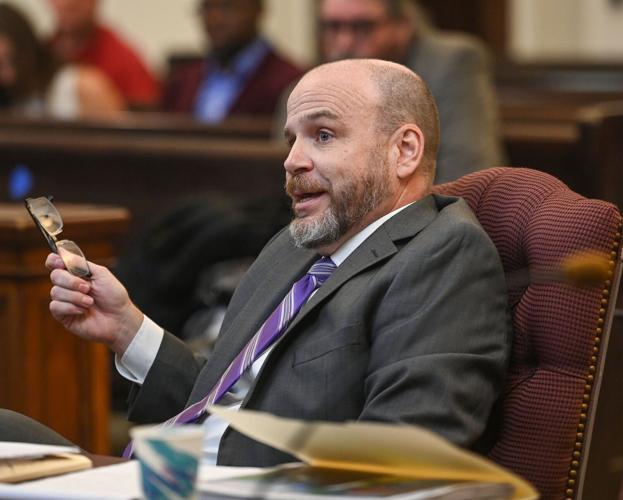 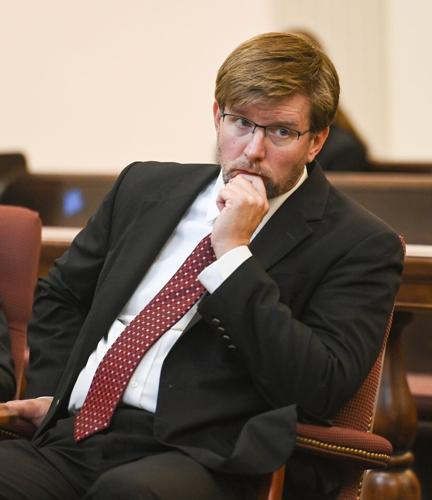 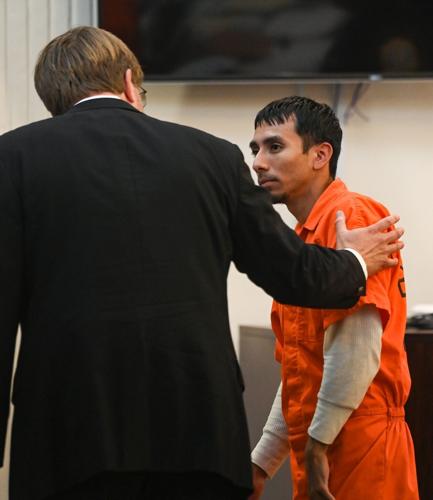 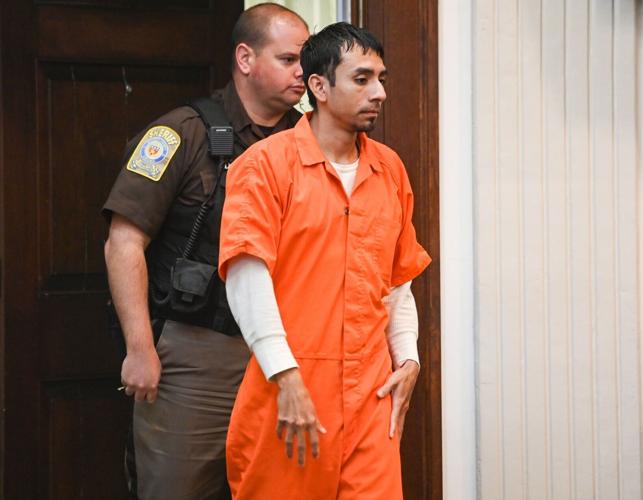 BY JUSTIN FAULCONER The News & Advance

BEDFORD — An MS-13 gang member convicted of first-degree murder for his role in the March 2017 slaying of a Lynchburg teen in Bedford County was sentenced Wednesday to 60 years in prison.

Cristian Jose Sanchez-Gomez, 28, was among a group of four gang members who traveled from Montgomery County, Maryland, to take part in the abduction and planned killing of Raymond Wood, a 17-year-old abducted from his Lynchburg home, dragged into a car, choked unconscious and stabbed repeatedly with a large knife.

Wood’s mutilated body was found on Roaring Run Road off U.S. 221 in Bedford County. Sanchez-Gomez in March pleaded no contest in Bedford Circuit Court to the murder charge and one count of abduction, and pleaded guilty to one count of gang participation.

Marjorie Stagno, Wood's mother, testified during Wednesday's sentencing hearing it has been 2,006 days since she last saw and spoke to her son.

"That's 2,006 days that I have been robbed of his smiles, his laughter, his hugs and his kisses," Stagno said.

She said since late March 2017 her life has been devastated because of the gang members, including Sanchez-Gomez, who took Wood's life. Stagno said it's hard to believe his version of events that had him a participant forced against his will but it's all the prosecution has to go by.

The defendant knew he was associating with a "notorious, horrific gang" and he chose to get in a vehicle and come to Lynchburg to take part in the unfolding of events that claimed her son's life, Stagno said.

"You had every opportunity to do the right thing and you did not," Stagno said to the defendant as an interpreter translated for him.

Bedford Commonwealth’s Attorney Wes Nance said Sanchez-Gomez provided “substantial assistance” to prosecutors and, if the case had gone to trial, evidence would have been presented from other gang members that he admitted to inflicting injuries on Wood.

Nance has said the motive for the abduction and slaying was that Wood was a small-time drug dealer seen by the gang as a rival who had disrespected MS-13 in his exchanges over transactions.

Sanchez-Gomez was present during the abduction, Nance said, and got out of the car on the Bedford County road where Wood was attacked with a knife provided by Josue Moises Coreas-Ventura, a co-defendant whom a jury recently found guilty of aggravated murder and other charges in Wood’s death.

Amy Tharp, a state medical examiner who conducted Wood’s autopsy, testified at Coreas-Ventura's trial Wood’s cause of death was sharp force injuries to the neck, torso and right arm, and the victim had rapid blood loss.

"My son was outnumbered," Stagno testified. "He fought and I know he fought hard."

Stagno added to the defendant: "You watched them brutally murder my son. You saw, you were there ... only the Lord knows what you did and did not do."

Stagno testified Sanchez-Gomez took "street credit" for his part in the murder and cooperated only because he was caught. He had chances to spare her son's life and didn't, she said.

"You are just as guilty as they are," Stagno said through tears to Sanchez-Gomez. "You have devastated my family ...You have taken part of me away from me. My legacy, my beautiful baby boy."

Stagno said she still has nightmares of her son screaming her name during his brutal murder. Sanchez-Gomez watched as Wood was choked unconscious and was kept from calling out for her, she testified.

Katherine Robinson, a clinical forensic psychologist, testified she spoke with Sanchez-Gomez on 10 occasions described him a very quiet, meek individual who fled El Salvador to the United States to get away from violent gangs. He rejected the MS-13 gang twice but it kept pursuing him.

He said the case was unusual for the commonwealth because of trying to find the correct balance in Sanchez-Gomez's punishment, justice for Wood and acknowledging his cooperation.

Nance also addressed the horror of Wood's murder that shocked Bedford County and consumed many resources among various law enforcement agencies in multiple jurisdictions, including federal prosecutions in Maryland.

"Our world has been dominated by this case," Nance said.

Nance said Sanchez-Gomez assisted in the murder and is culpable.

"He knew how dangerous they were and he helped bring them to Bedford County," Nance said.

Carter B. Garrett, defense attorney for Sanchez-Gomez, said his client got out of the car to vomit and had he tried to intervene, it would have been a double homicide. Sanchez-Gomez essentially was "in custody" of MS-13 during the murder and it wasn't until he was in the custody of law enforcement that he could come forward.

Garrett said his client has accepted responsibility and testified about his role in the horrific crime.

"He's been a model prisoner but it's very clear his life was at stake if he had not done what was instructed by this MS-13 gang," Garrett said.

Through his interpreter, Sanchez-Gomez said: "I'm sorry for everything that happened to Raymond Wood."

Judge James Updike Jr. said he took into consideration Sanchez-Gomez's cooperation with the investigation and noted testimony from his family members about horrific conditions of gang activity in El Salvador.

However, Updike said, when the defendant came to the U.S. and got the call to come to Lynchburg to partake in a crime, he did not refuse when he could have.

"He got in a car to come to Lynchburg and he got a promotion for it," Updike said.

The political advertising agency behind Glenn Youngkin’s successful bid for Virginia governor, which created his branding and specializes in w…

Youngkin: All of the above on energy, with regulatory reform

"We need an all of the above approach," Youngkin said, while describing an energy plan that includes small, modular reactors.

Forecasters projected the storm's onshore winds could pile even more water into an already inundated Chesapeake Bay and could cause the most significant tidal flooding event in Hampton Roads in more than a decade.

A mitigation specialist and attorney for the defense of Cristian Sanchez-Gomez testifies Wednesday in Bedford Circuit Court about researching MS-13 gang activity in El Salvador, where the defendant is from. 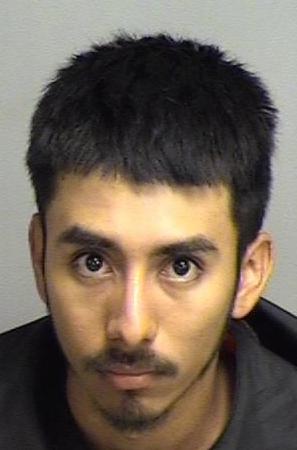