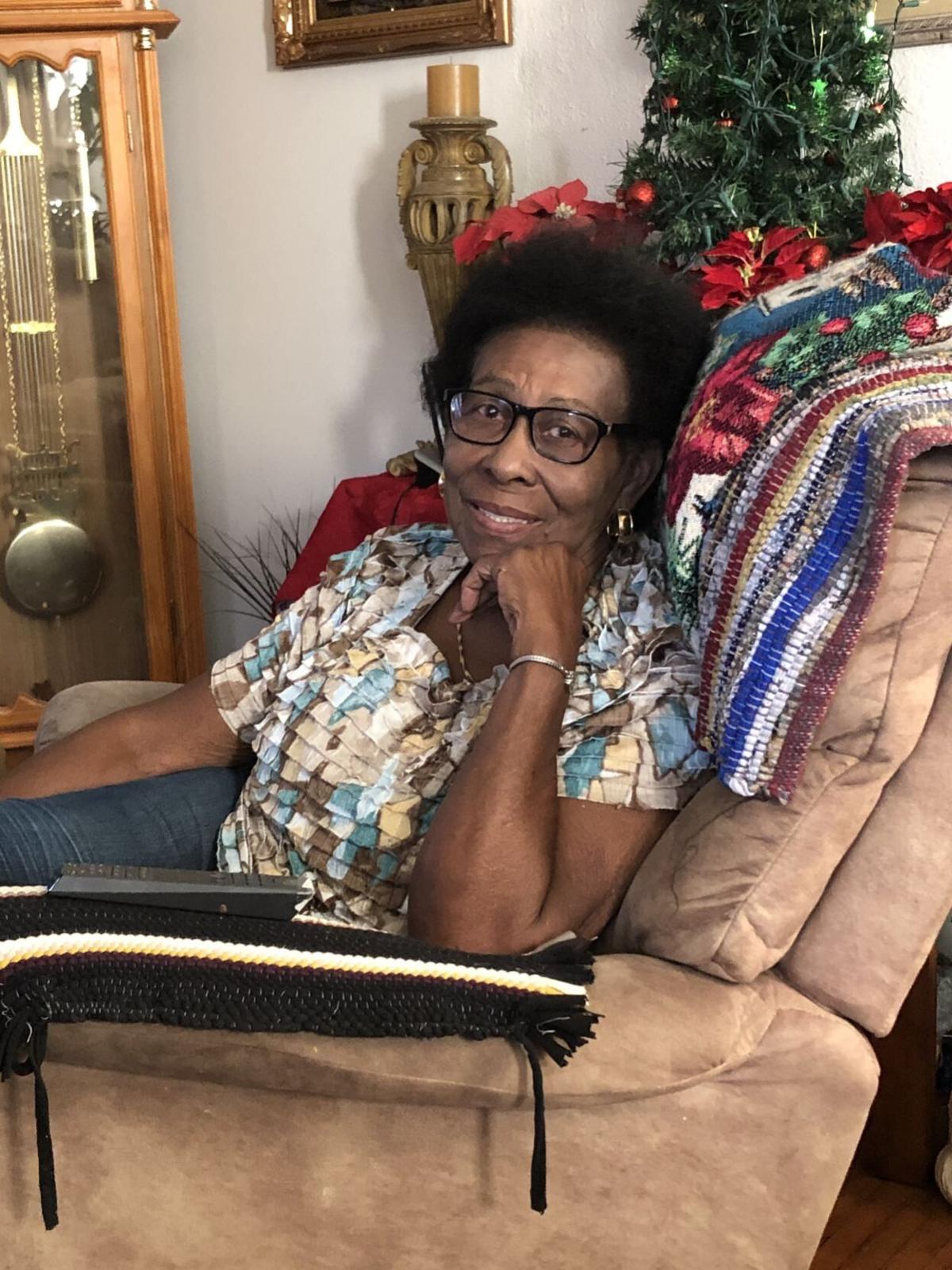 Annie Hobson, formerly Annie Wade, was 11 years old when a 32-year-old woman who had been raped arrived at her house seeking help in 1949. 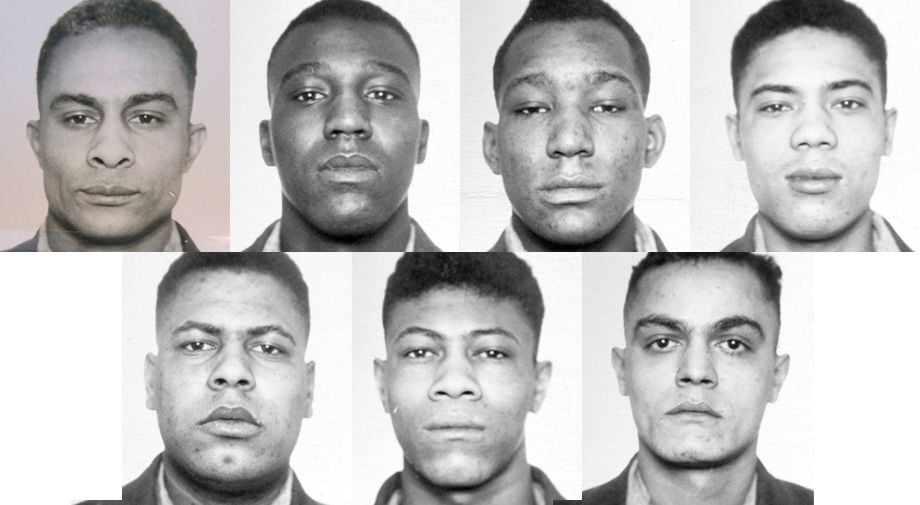 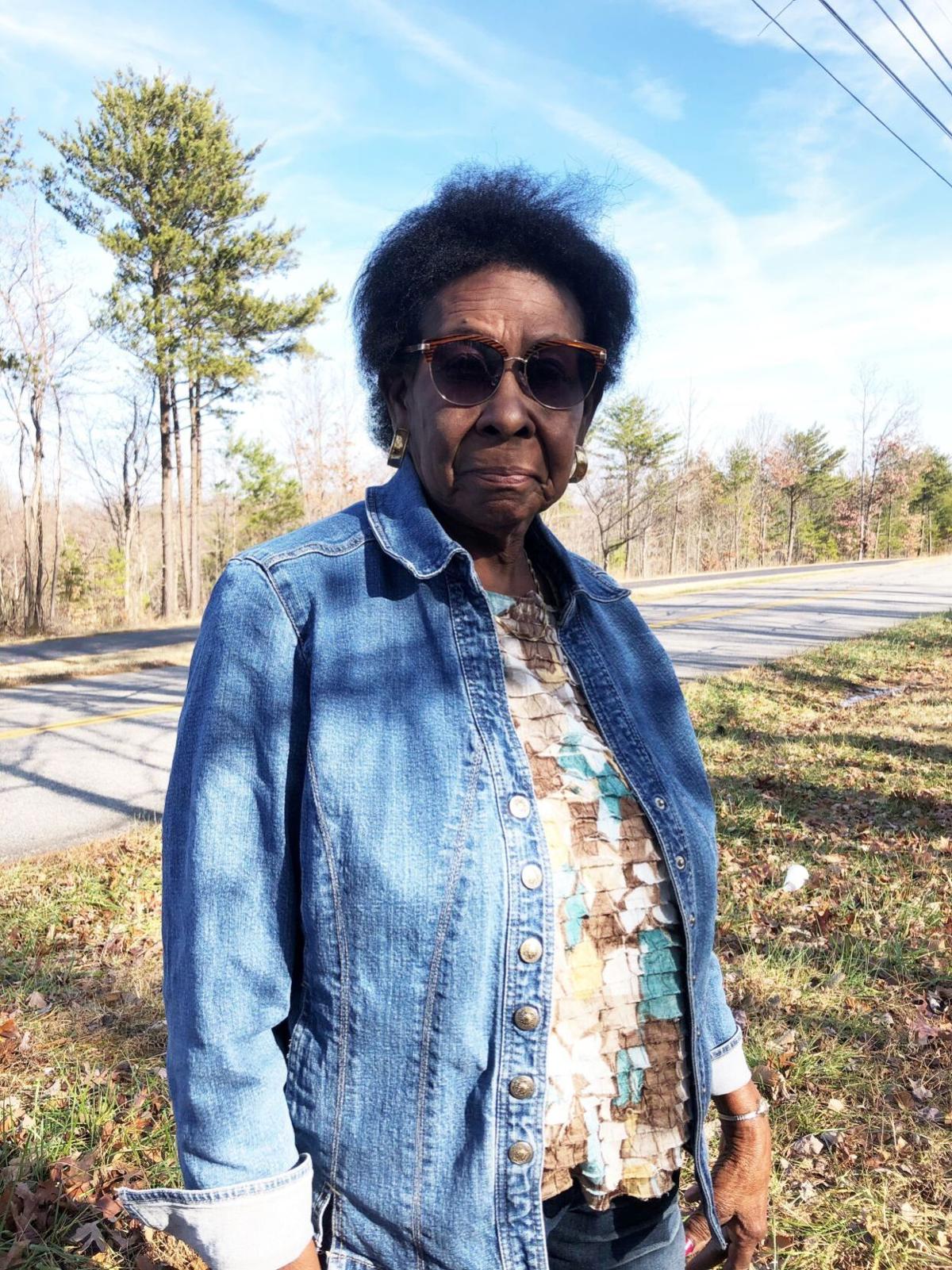 Annie Hobson stands near the site on Fishel Street in Martinsville where her family’s log cabin stood in 1949.

MARTINSVILLE — On the evening of Jan. 8, 1949, 11-year-old Annie Wade was in the family’s home on Fishel Street when she heard crying and commotion on the porch. The front door gave way, and a white woman fell through.

“ ‘I’ve been raped, I’ve been raped,’ ” she cried, recalled Wade, now Annie Hobson and 81 years old. Hobson said her parents dashed in from the kitchen. Her mother grabbed a bedsheet and covered the woman, who was on the floor.

Her father strapped on his handgun, and her parents carried the woman to their car and drove her to a nearby business, where the police were called.

“My mother and father rescued her,” said Hobson, recalling the events of that Saturday evening more than seven decades ago.

Within hours, six of seven suspects — all of them Black — were arrested. The seventh was in custody two days later.

Two years later, in April 1951, the “Martinsville Seven” were executed in Richmond in a case that is not a remote chapter of Virginia history for Hobson or the families of the executed men. Nor was it, presumably, for the victim who moved away and is now believed deceased.

As the 70th anniversary of the executions approaches, an effort is underway to have the seven men posthumously pardoned and issued an apology for the executions. The request, made in a letter to Gov. Ralph Northam last week, does not argue that the Martinsville Seven were innocent, but instead challenges the fairness of their trials and cites the injustice of the execution of seven Black men for a single rape, a crime for which whites were not being executed at the time.

“What happened to that woman was horrible,” said Naomi Hodge-Muse, executive director of the NAACP in Martinsville, who is among those backing the request to Northam. “But it didn’t rise to murder.”

Alena Yarmosky, spokeswoman for Northam, wrote in an email, “The governor is deeply appreciative of this thoughtful letter. He understands the real pain surrounding this issue, and will thoroughly review this request.”

The pardon request was organized by Liz Ryan, the president and CEO of the Youth First Initiative, and Pam Hairston Chisholm, who may be distantly related to some of the men, with the help of volunteers including law students at the College of William & Mary.

Soon after their arrests in 1949, all seven men signed confessions stating they were at the scene of the assault, but not all of them admitted attacking the 32-year-old victim. However, even aiding and abetting in a rape carried a potential death sentence at the time in Virginia.

In 1949, Hobson lived with her parents, Jesse and Mary Wade, on Fishel Street, then an unlit, unpaved road. She describes their home as “an old log cabin” with no electricity or running water.

The cabin and railroad tracks that ran along the other side of Fishel Street are now gone. Beyond the tracks was a wooded area.

She said her three brothers and one of her three sisters were out with friends.

“It was just about dark. My mamma kept telling us go get our water for the night,” Hobson said. “Me and my sister, we had to go across the railroad tracks to a spring to get some water. I remember seeing this lady; she was walking down the railroad track that same night.”

She said the woman was with a young boy, Charlie Martin. According to trial testimony, Martin, then also about Hobson’s age, was showing the victim the way to a house in a Black area of town where she wanted to collect money for some clothes she had sold.

“So we went back in the house and told Daddy and Mamma ... that here was Charlie coming down this railroad track with this white lady,” she said.

Her father looked out the door and said he recognized the woman and believed one of the men later convicted in the case had been trying to arrange a date with her, Hobson said.

After it grew dark, she said her parents were eating in the kitchen and that she and a sister were playing a game when they heard a female crying outside the front door, which was secured with a flimsy latch.

Hobson said, “Mamma grabbed the sheet off the bed and wrapped her up. And then my daddy got his gun ... daddy had a big .45,” she said.

“’I’ve been raped. I’ve been raped,’ that’s what she was saying, ‘I’ve been raped.’ She never [said] who did it,” said Hobson, who recognized her as the same woman she’d seen walking along the tracks earlier that evening.

Her parents later testified that the victim was wearing a sweater, shirt and a slip; that there was dirt on her clothes; and that she had been scratched.

“I can remember, she was just bruised all up,” Hobson said.

“We didn’t have a telephone back then,” she said. Her parents carried the woman to their car and drove her to the nearby business of Martinsville’s mayor, Nick Prillaman, called Prillaman’s Paint Shop. Hobson said it was also the mayor’s home, and it was from there the police were called.

Six of the defendants were in custody within hours; two of them were arrested near the Wade house. On Monday morning, the last man, Joe Henry Hampton, knocked on the Wades’ back door, according to Hobson and a trial transcript.

Hobson said, “Mamma went to the door and told him, ‘You better turn yourself in.’ And he said, ‘Well ... would you fix me something to eat? I ain’t eaten in two days.’ I remember Mamma fixing him something to eat.”

The other six were Frank Hairston Jr., Booker T. Millner, Howard Lee Hairston, Francis DeSales Grayson, John Clabon Taylor and James Luther Hairston. They were convicted, sentenced to death and executed — four on April 2, 1951, and three on April 5. They were found guilty in six trials; two of the men were tried together.

“I don’t know [if] they raped the woman or not,” she said. “The lady came to my mom and dad’s house. I remember this. I don’t know what they did,” said Hobson, adding that the men were neighbors and some were friends of one of her brothers. Four of the men were in their late teens, two in their early 20s and one was 37.

‘It turned my world upside down’

Ryan, one of the organizers of the pardon request letter to Northam, said their investigation showed the woman who was raped died in 1992 and is buried in North Carolina.

The crime, trials, appeals and executions had profound impacts on the families of the executed men, including Rudolph McCollum Jr., the nephew of Booker Millner, and James Grayson, the son of Francis Grayson.

Millner and Francis Grayson confessed to police that they were at the scene, but both denied raping the woman. McCollum and James Grayson believe the men were innocent.

McCollum, a former Richmond mayor, said it was his uncle’s case that prompted him to become a lawyer.

James Grayson, 73, of Baltimore, was affected in a less positive way. He said his family moved from Martinsville to New York City after the arrest. Though he was just 2 years old, he said he remembers the police coming to get his father.

“I’ll never forget that,” he said. “It turned my world upside down. Something like that happens, someone that you love dearly is taken out of your life like that, it’s going to affect you,” he said.

Grayson moved to Baltimore as a teenager where he said he got on the wrong path and mixed with the wrong crowd. In 1964, when he was 17, he was convicted in a murder/robbery. Another youth involved in the crime and who was also convicted testified against Grayson.

Grayson, who maintains he is innocent, was sentenced to life plus 15 years. He was released from prison in 2013 after an appeals court decision raised questions about jury decisions made prior to 1980. He’s now married, says he has found God and is a minister.

Film about China defeating the U.S. set to be highest grossing in Chinese history

This is how decisions light up in the brain

This is how decisions light up in the brain

'These men were executed because they were Black and that's not right': Northam pardons Martinsville Seven who were executed in 1949 rape case

Seven Black men executed 70 years ago for the rape of a white woman in Martinsville were granted posthumous pardons Tuesday by Gov. Ralph Nort…

Annie Hobson, formerly Annie Wade, was 11 years old when a 32-year-old woman who had been raped arrived at her house seeking help in 1949.

Annie Hobson stands near the site on Fishel Street in Martinsville where her family’s log cabin stood in 1949. 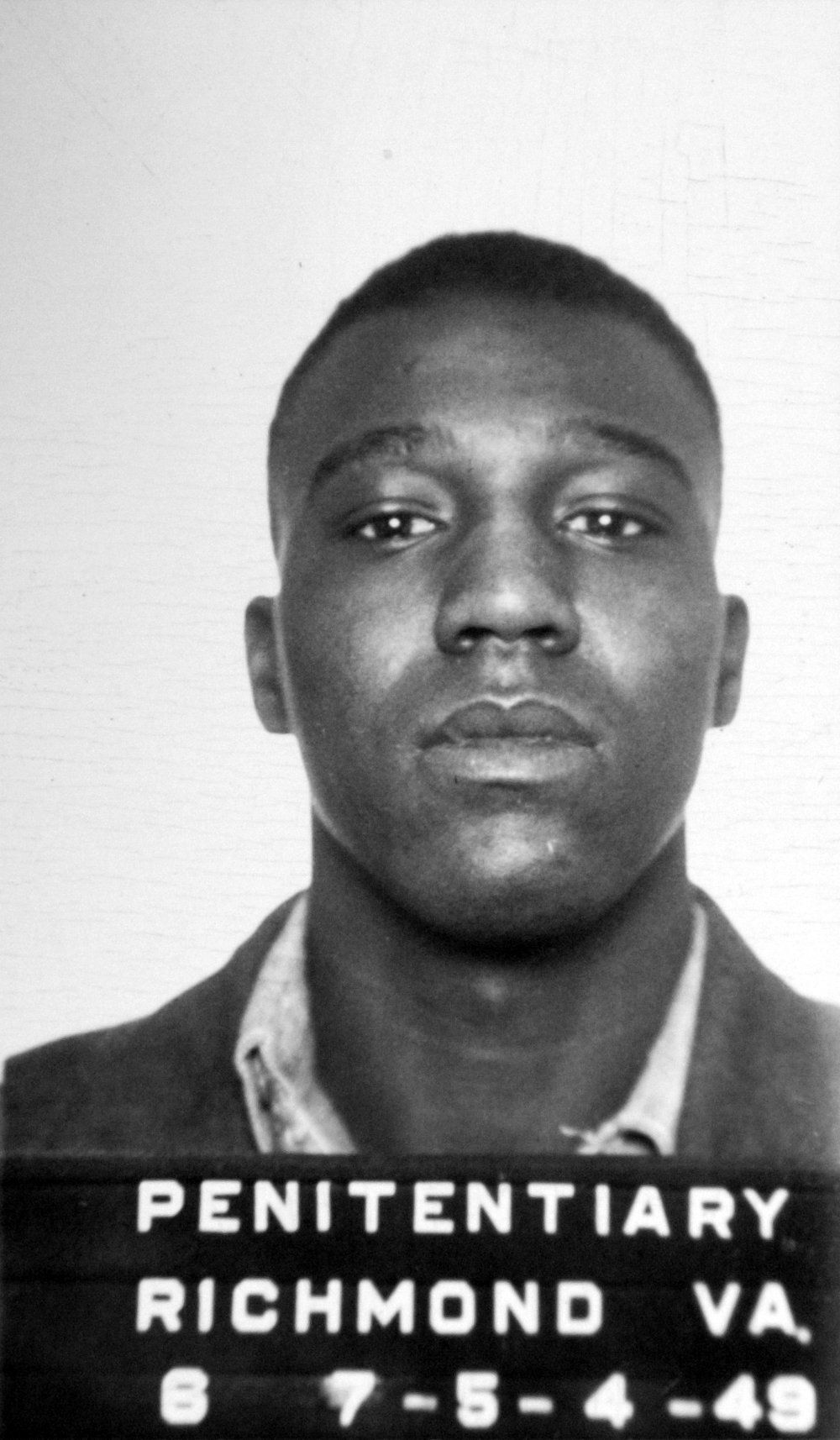 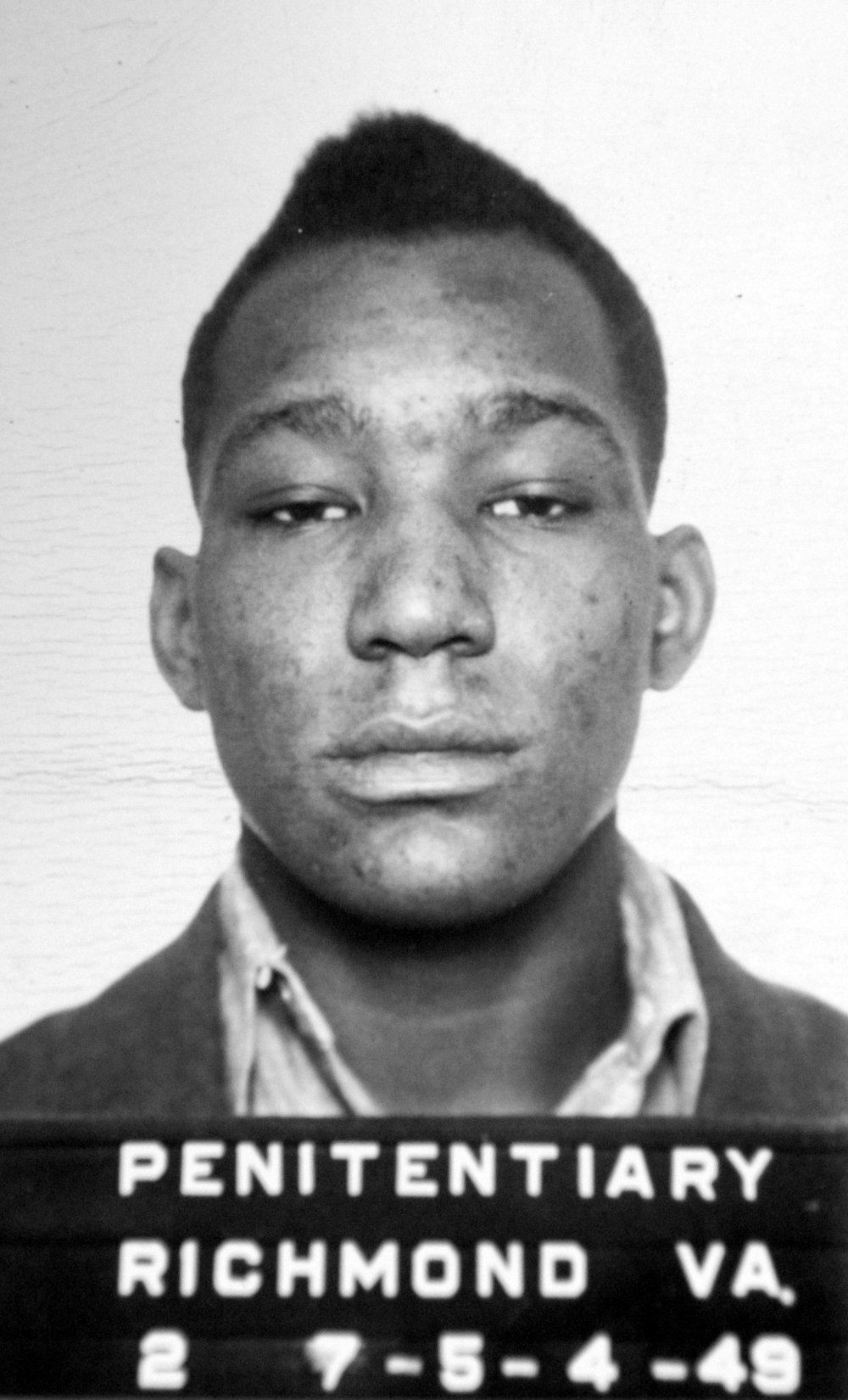 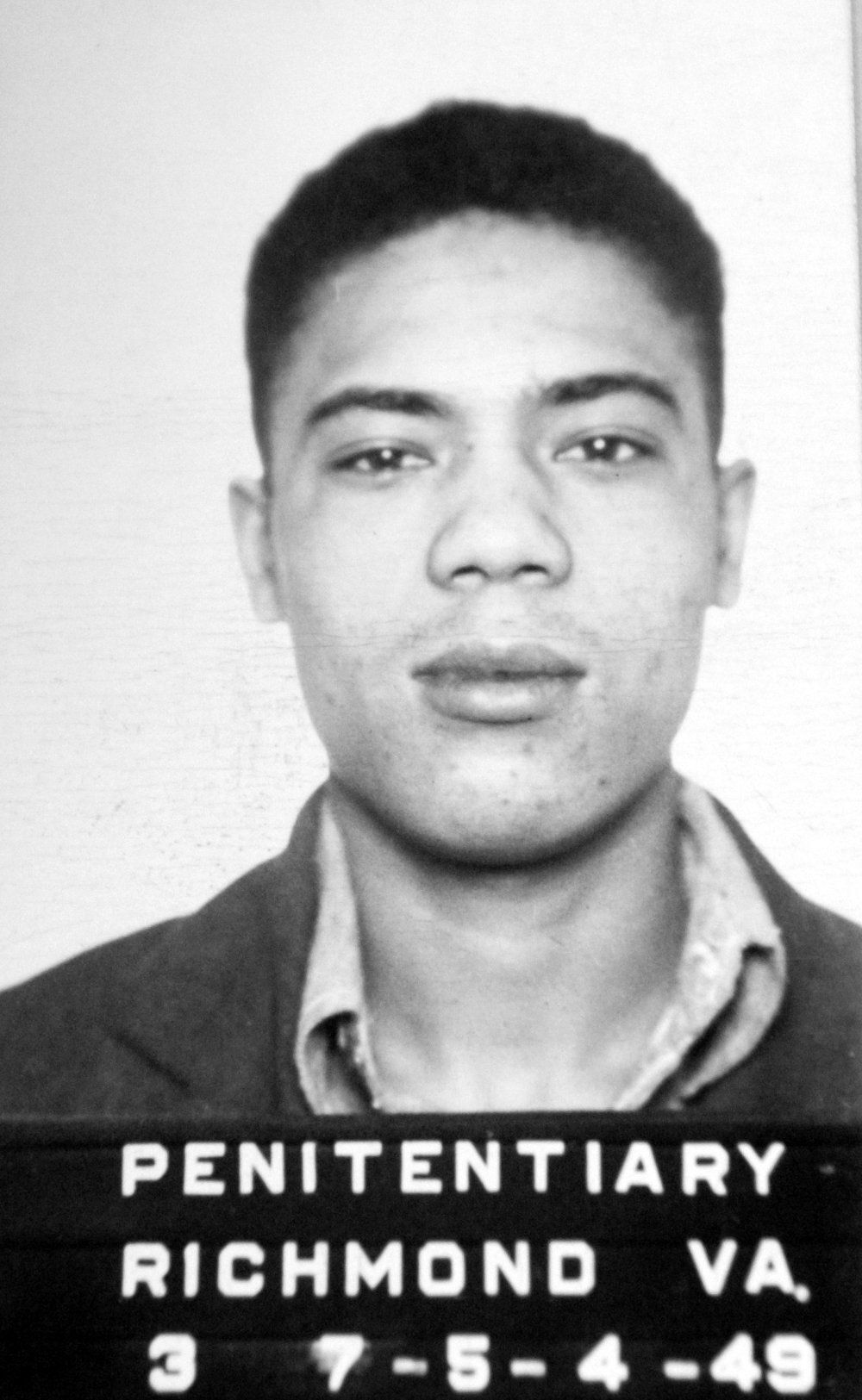 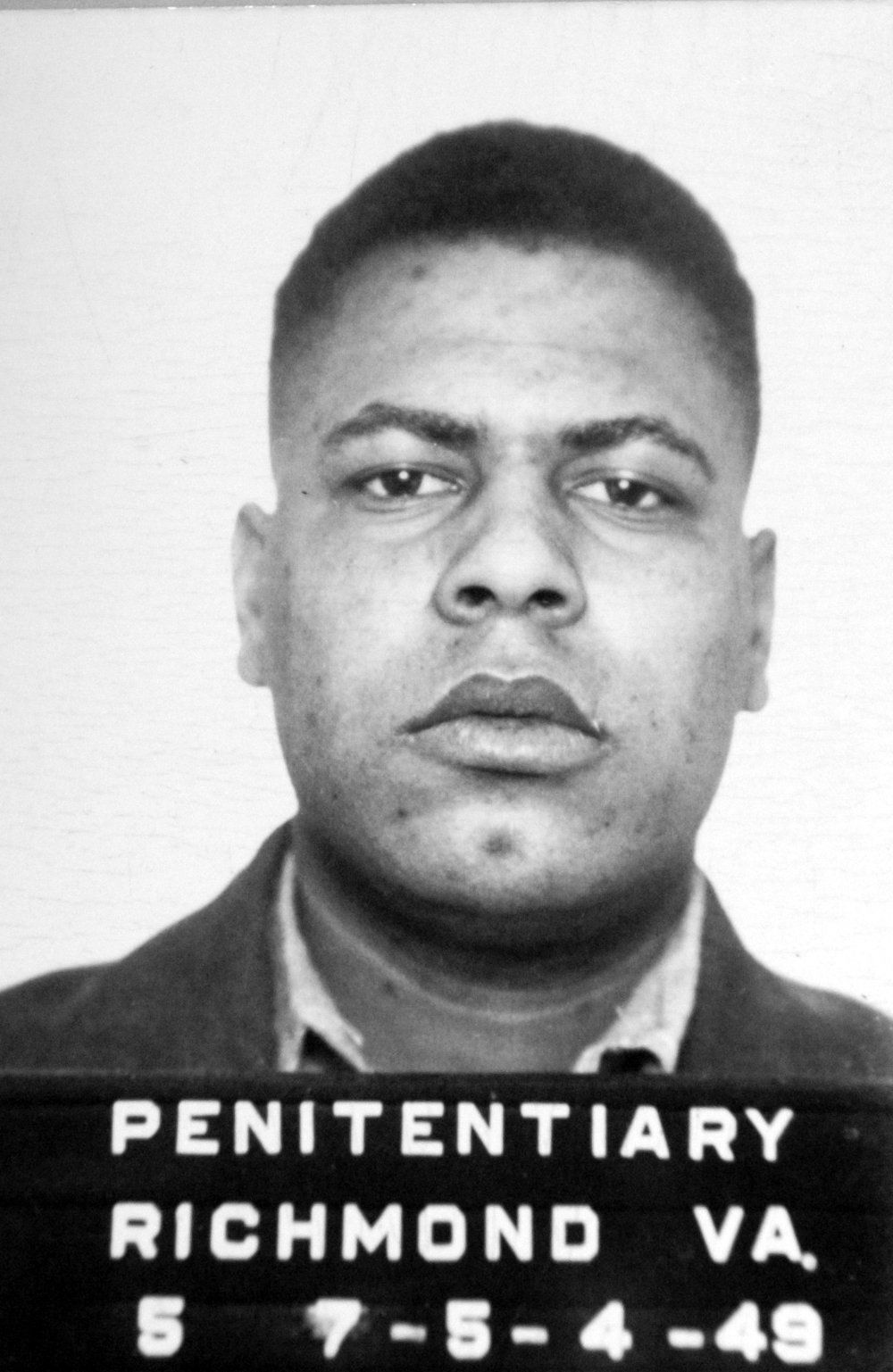 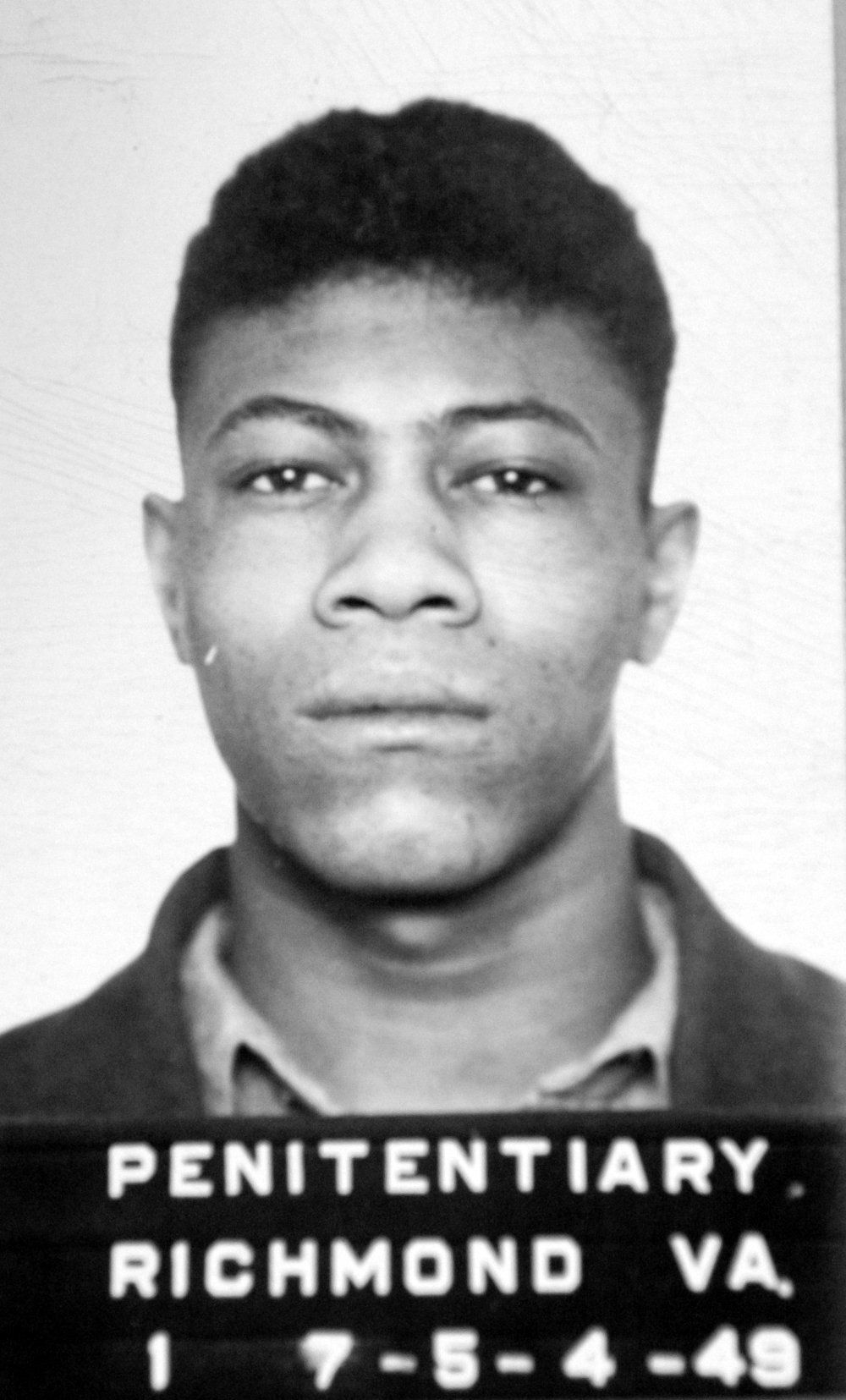 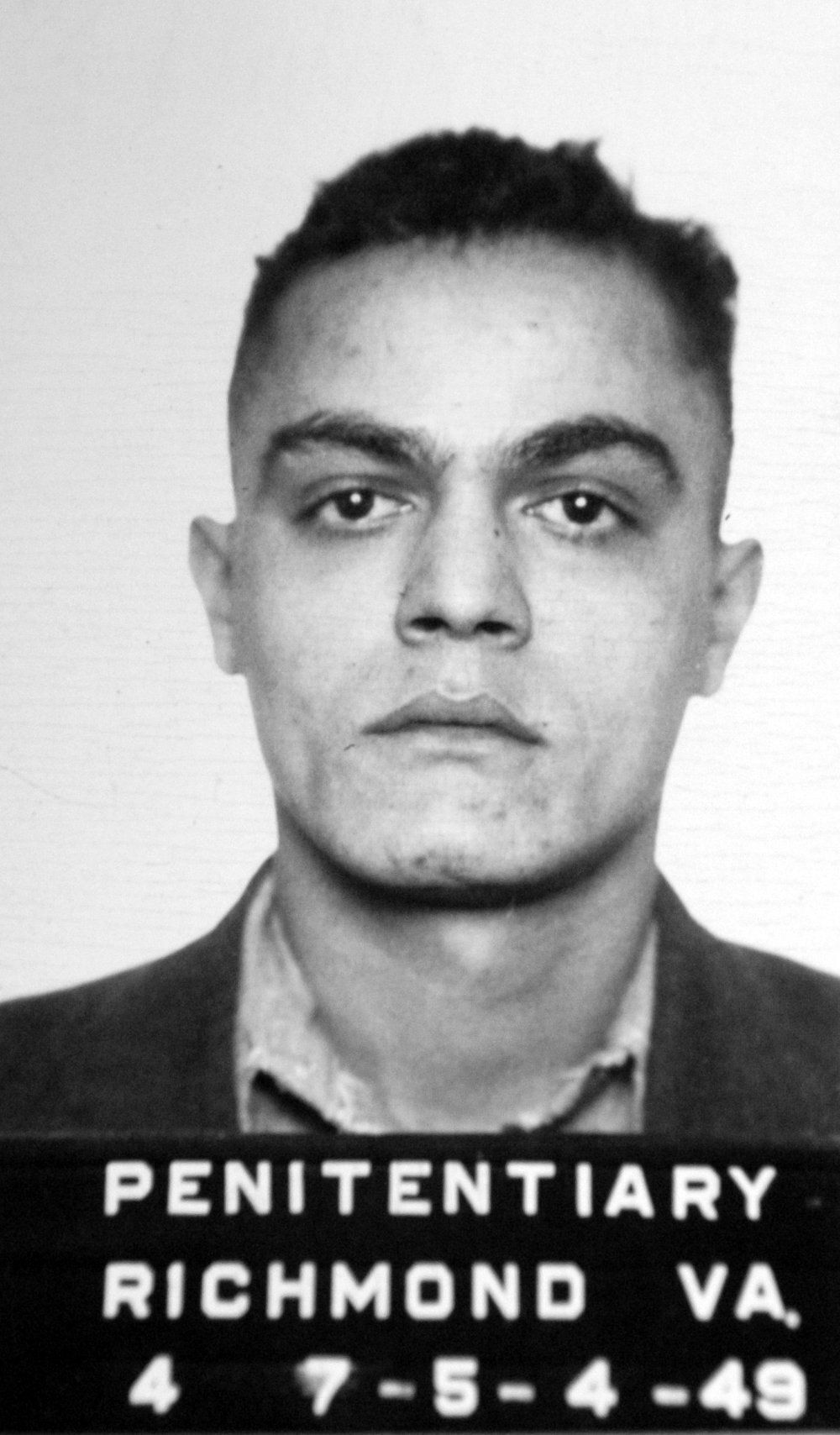 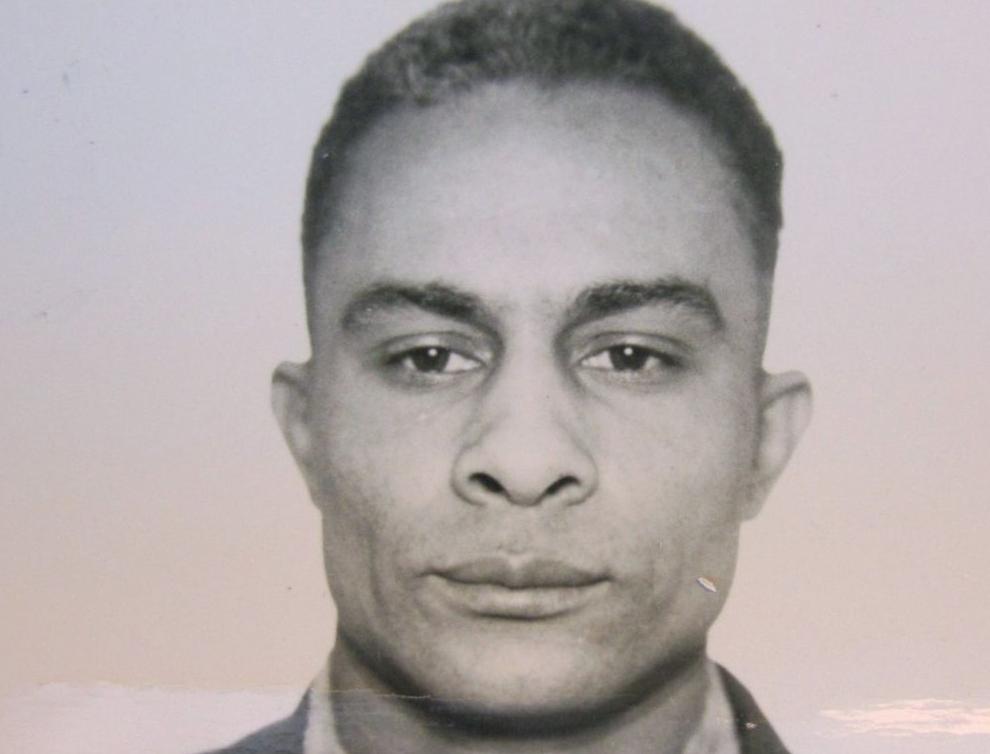