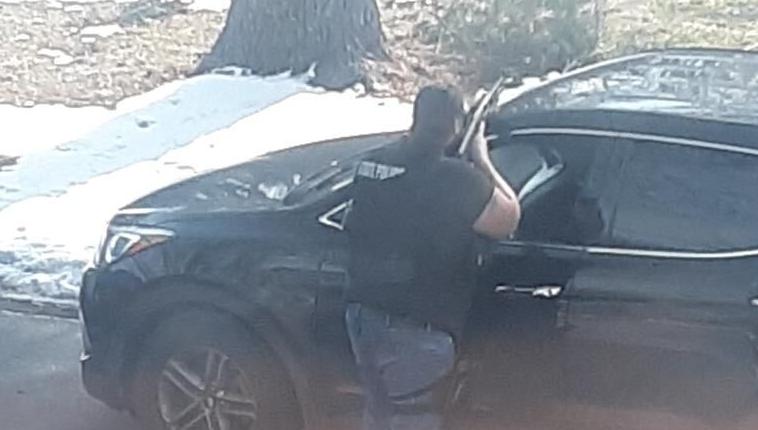 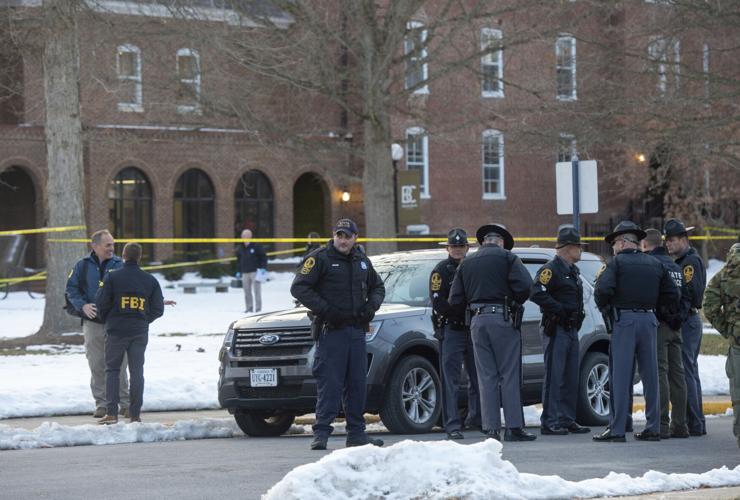 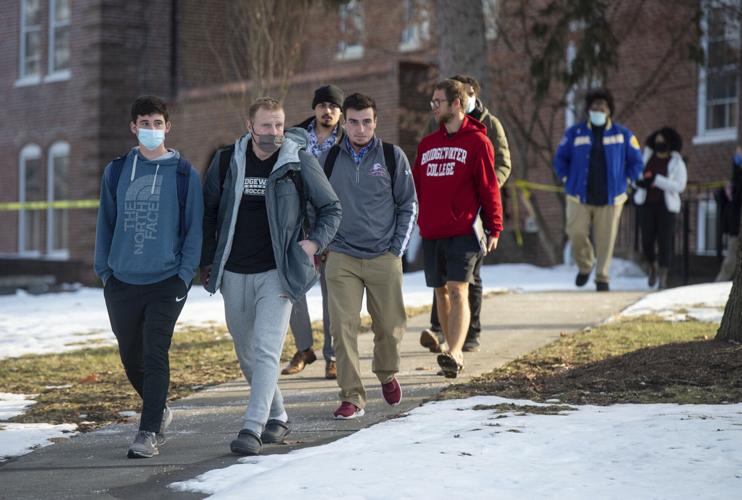 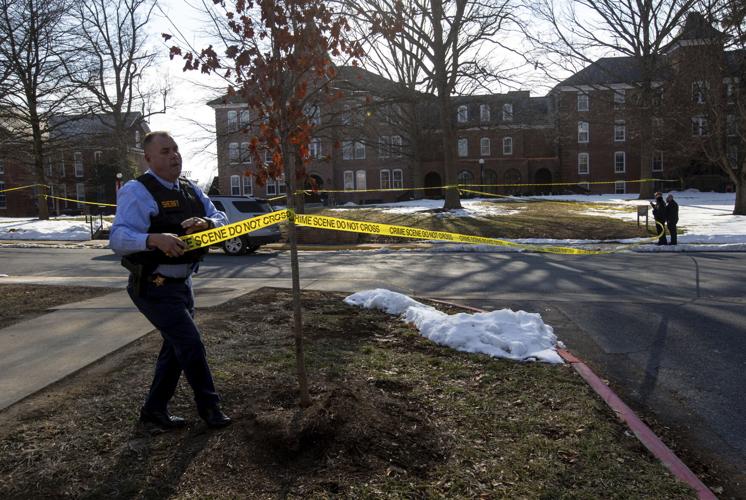 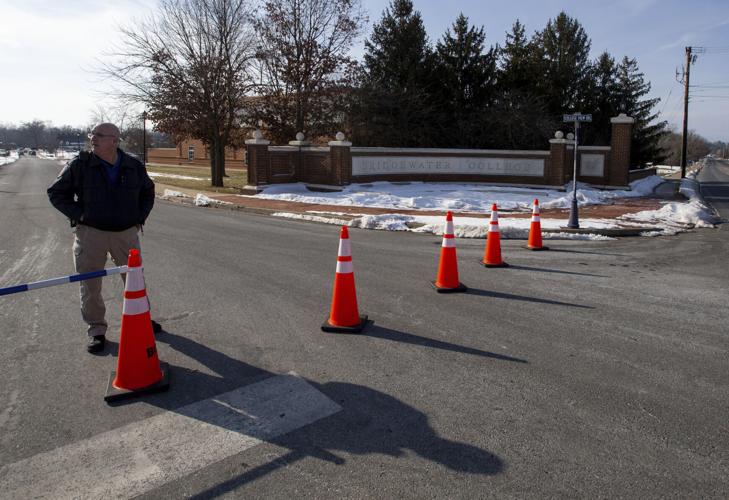 Two officers were killed Tuesday afternoon in a shooting on the campus of Bridgewater College in Rockingham County, and a man was arrested about 30 minutes later a half-mile away on the bank of the North River.

The suspect, Alexander Wyatt Campbell, 27, was apprehended at 1:55 p.m. and was charged with two counts of aggravated murder, one count of first-degree murder and one count of using a firearm in the commission of a felony, said Corinne Geller, a spokesperson for Virginia State Police. He was held Tuesday night without bond at the Rockingham County jail.

Campbell, whose last known address was in Hanover County, sustained a non-life-threatening gunshot wound before he was taken into custody. Police have not determined if he was shot by Bridgewater campus police or if he suffered a self-inflicted gunshot wound.

Authorities transported him to Sentara RMH Medical Center, where he was treated and released. During the investigation, police recovered multiple firearms on campus and off campus.

A witness saw a man carrying a duffle bag run into the river, and a Daily News-Record photographer captured images of Campbell as he was taken into custody on the bank of the river by a pack of officers with guns drawn.

At 4:30 p.m., Bridgewater notified its students and staff they were safe to move about the campus.

Painter and Jefferson were close friends, Bushman said. The two were known as “the dynamic duo” and were loved by the campus community. Painter was Jefferson’s best man in his wedding this year.

Gov. Glenn Youngkin ordered flags in Virginia to be flown at half-staff Wednesday in honor of the men.

"These officers were dedicated to protecting the students and faculty of the college,” Youngkin said in a statement. "The First Lady and I ask Virginians to keep their family, friends, and the Bridgewater community in your thoughts and prayers during this difficult time."

At 1:20 p.m., Painter and Jefferson responded to a call of a suspicious man on the grounds of Memorial Hall, the oldest building at Bridgewater, which is home to about 1,500 students. After an interaction with the two officers, Campbell shot them and fled on foot, a police spokesperson said.

Minutes later, the college announced there was an active shooter on campus, instructing people to shelter in place. “This is not a test," the college tweeted. "More info to follow.”

Around the same time, Ecliff Graves was standing in his yard on East Riverside Drive, smoking a pipe and watching his dog. Then he saw a man running, carrying a large black duffle bag over his shoulder.

“Whatever he had in that bag was very heavy,” he said.

The man was headed south, away from the college and toward the North River, just a short walk from Bridgewater’s athletic fields. The man ran down the east side of Graves’ property and into the river, which is 15 or 20 yards wide and a few feet deep, neighbors said. The man crossed onto one of several islands in the middle of the river. Once on the island, he stopped to catch his breath, then took off, disappearing from Graves’ view.

A few minutes later, two police officers appeared and also crossed into the river. There was still snow on the ground Tuesday, but temperatures reached the high 30s.

Then Graves heard a shot.

The state police spokesperson later said that no officer discharged his or her firearm during Campbell's apprehension.

Michael Souders, a James Madison University professor, was driving to his home on East Riverside Drive. The police had closed a nearby road, so he found an alternate path home.

“Then all of a sudden, there was a flood of police officers” near his home, he said. There were eight or nine officers in front of his house carrying long guns and wearing tactical gear. They sent drones into the air. Police told the residents to stay in their houses.

“It was concerning and a little weird to happen in a town of 5,000,” Souders said. “I didn’t realize the seriousness of it until I got some reports of what was actually happening.”

Diana Graves, Ecliff’s wife, a retired teacher from Massachusetts, remembers training for active shooter situations. The events Tuesday were eerily familiar. But this was the first time she had come close to an actual shooter.

According to a Rockingham County emergency response scanner archived on Broadcastify.com, the two officers were shot on East College Street, which is near the athletic fields and slightly north of East Riverside Drive. The shooter fled the scene.

Later, a message on the police scanner reported that one man was in custody on Riverside Drive and that he had been shot once.

Police wouldn't say if Campbell, the suspect, had any connection to Bridgewater or why he initially aroused suspicion, except to say that he wasn't supposed to be at Memorial Hall.

Sen. Mark Obenshain, R-Rockingham, said something is wrong in our society.

“I do not know what evil is responsible for this terrible and heartbreaking event,” he said in a statement. “Whether it is hate, drugs, mental illness or some other underlying factor, these are urgent priorities on which we must work together.”

Obenshain is currently in Richmond for the General Assembly.

“The sadness is palpable,” Bushman, the college’s president, said in a statement Tuesday evening. “Words are not adequate, not nearly so, to express the grief, sadness, fear and — justifiably — the anger we all feel.

“This is a sad and dark day for Bridgewater College. I know we all have so many questions and not many answers. One thing I do know, though, is that we will rally around one another and support each other as we move forward from this day.”

Added House Speaker Todd Gilbert: “The Virginia House of Delegates stands behind Bridgewater College, the surrounding community, and the people of Rockingham County as they confront this horror. We will work with Governor Youngkin and his administration to put the resources of our Commonwealth at the disposal of those affected.”

The shooting was the latest moment of crisis on an American college campus. At least 14 historically Black colleges and universities received bomb threats Monday or Tuesday. (Virginia State University and Virginia Union University did not receive threats, spokespeople for the schools said.) The University of California, Los Angeles moved classes online Tuesday after a shooting threat made by a former employee.

Alexander Wyatt Campbell asked for the names of the two men so he could apologize to their families, an officer testifies. 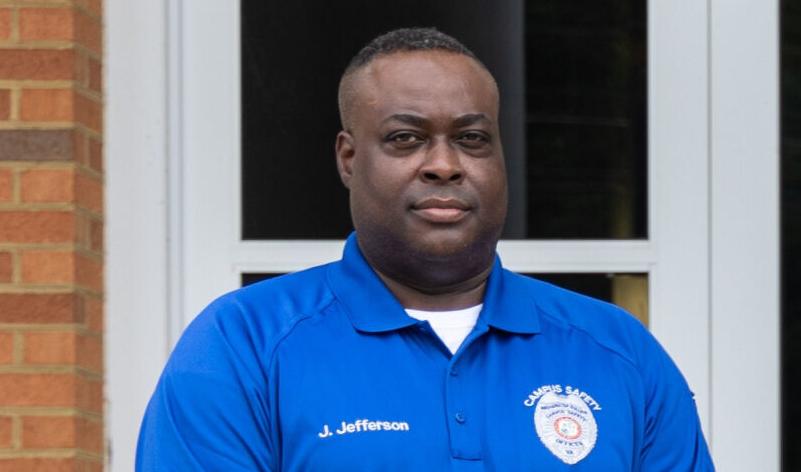 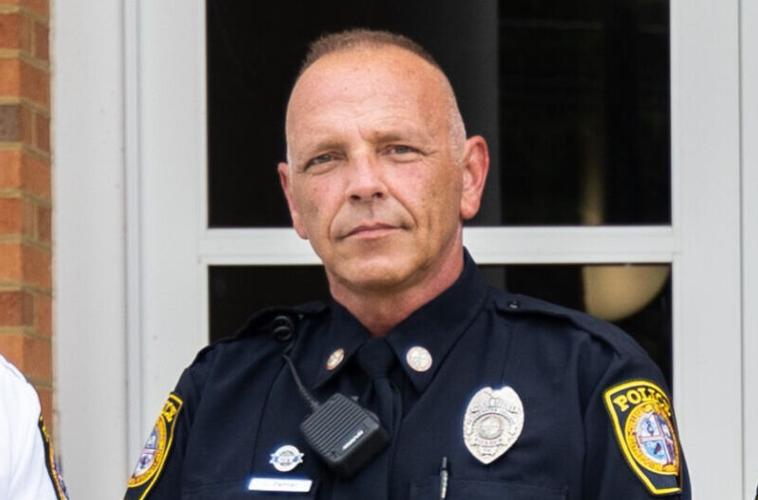 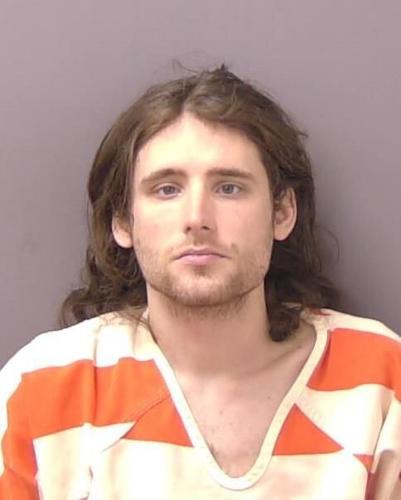 Alexander Wyatt Campbell was arrested in the shooting deaths of the two officers.