Subscribe
Read Today's E-Edition
Share This
Richmond judge sides with governor on order to take down Lee Monument; plaintiffs will appeal ruling
0 Comments
Share this
1 of 2 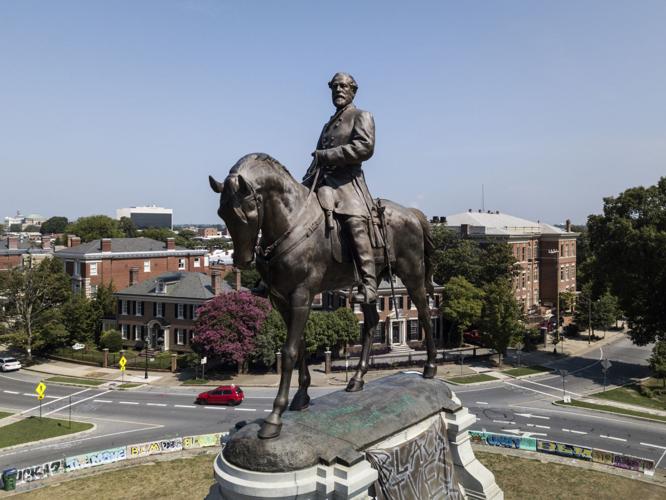 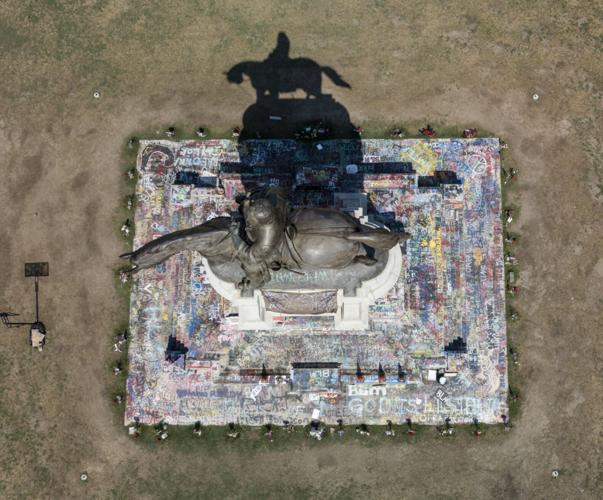 A Richmond Circuit Court judge on Tuesday ruled in favor of Gov. Ralph Northam’s order to take down the Robert E. Lee monument, holding that arguments to keep it in place were contrary to current public policy.

Northam’s June 4 order was blocked by a temporary injunction issued by Richmond Circuit Judge W. Reilly Marchant after five residents of the 14-block Monument Avenue Historic District sued. The plaintiffs argued that a restrictive covenant, in 1887 and 1890 deeds, requires that the monument be held “perpetually sacred.”

Other Confederate statues along Monument Avenue, including those of Thomas “Stonewall” Jackson and J.E.B. Stuart, have come down in the wake of Black Lives Matter protests.

But the Lee statue, unveiled in 1890, is on a 200-foot-diameter circle at Monument and North Allen avenues owned by the state and not controlled by the city. The circle, which has been dubbed Marcus-David Peters Circle by racial justice demonstrators, has been covered with graffiti and been the scene of many protests.

Marchant issued a 90-day injunction on Aug. 3 barring the removal of the statue. His order Tuesday dissolved the injunction, but he suspended execution of his order pending appeal to the Virginia Supreme Court.

Patrick M. McSweeney, an attorney for the plaintiffs, said Tuesday that they will be appealing the ruling.

The judge wrote Tuesday that he found “the enforcement of the existing restrictive covenants in the deeds to the property would be contrary to current public policy, as established by the Virginia General Assembly.”

In a prepared statement following the ruling on Tuesday, Northam said, “The Lee monument was built to celebrate the Confederacy and uphold white supremacy. This victory moves Virginia forward in removing this relic of the past — one that was erected for all the wrong reasons.”

“Today we are one step closer to a more inclusive, equitable, and honest Virginia,” said Northam.

Virginia Attorney General Mark Herring said, “The Lee statue does not represent who we have become as Virginians, and it sends the wrong message to the rest of the world that we continue to venerate an individual who fought to maintain the enslavement of human beings. This decision puts Virginia one step closer on the path to finally bringing this divisive symbol down.”

Herring’s office argued to Marchant that a contract signed 130 years ago does not legally bind the governor and that a state can’t contract away its sovereignty.

Both houses of the General Assembly passed budget amendments repealing the 1889 law that accepted the deed for the statue and agreed to protect it in perpetuity. The legislature also appropriated the money needed to remove the statue.

In a 13-page letter accompanying his ruling, Marchant wrote that the issue was whether the commonwealth presented “clear and certain” evidence that enforcement of a restrictive covenant would be against public policy and/or that conditions have so radically changed that enforcement “would no longer be in accord with the law.”

The judge cited testimony earlier this month from experts that the erection of the monument was part of the need of Southern citizenry “to establish the monument to their ‘Lost Cause,’ and to some degree their whole way of life, including slavery.”

Marchant wrote that the most significant evidence offered by the commonwealth was special-session legislation that the monument be removed at the direction of the governor and repealing an act of 1889 authorizing the governor to accept the gift of the statue from the Lee Monument Association.

Carl Tobias, a professor at the University of Richmond School of Law, said, “I think the judge has it correct, he has it right on the law.”

“I think the core is that we have a new state public policy that basically trumps the old policy of 1890 about the Lee monument,” Tobias said.

Tobias believes it could be next year before the justices resolve the appeal.

“I think Herring is right to claim they won — so far, anyway,” Tobias said.