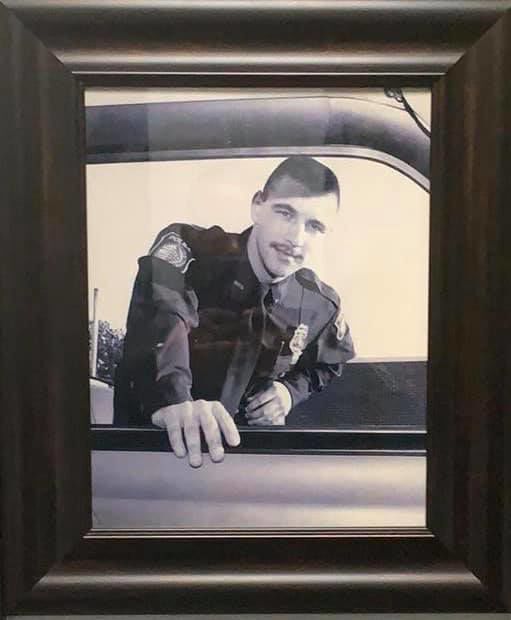 Waverly police officer Allen W. Gibson Jr. was shot to death with his own gun in 1998 as he struggled with two men. 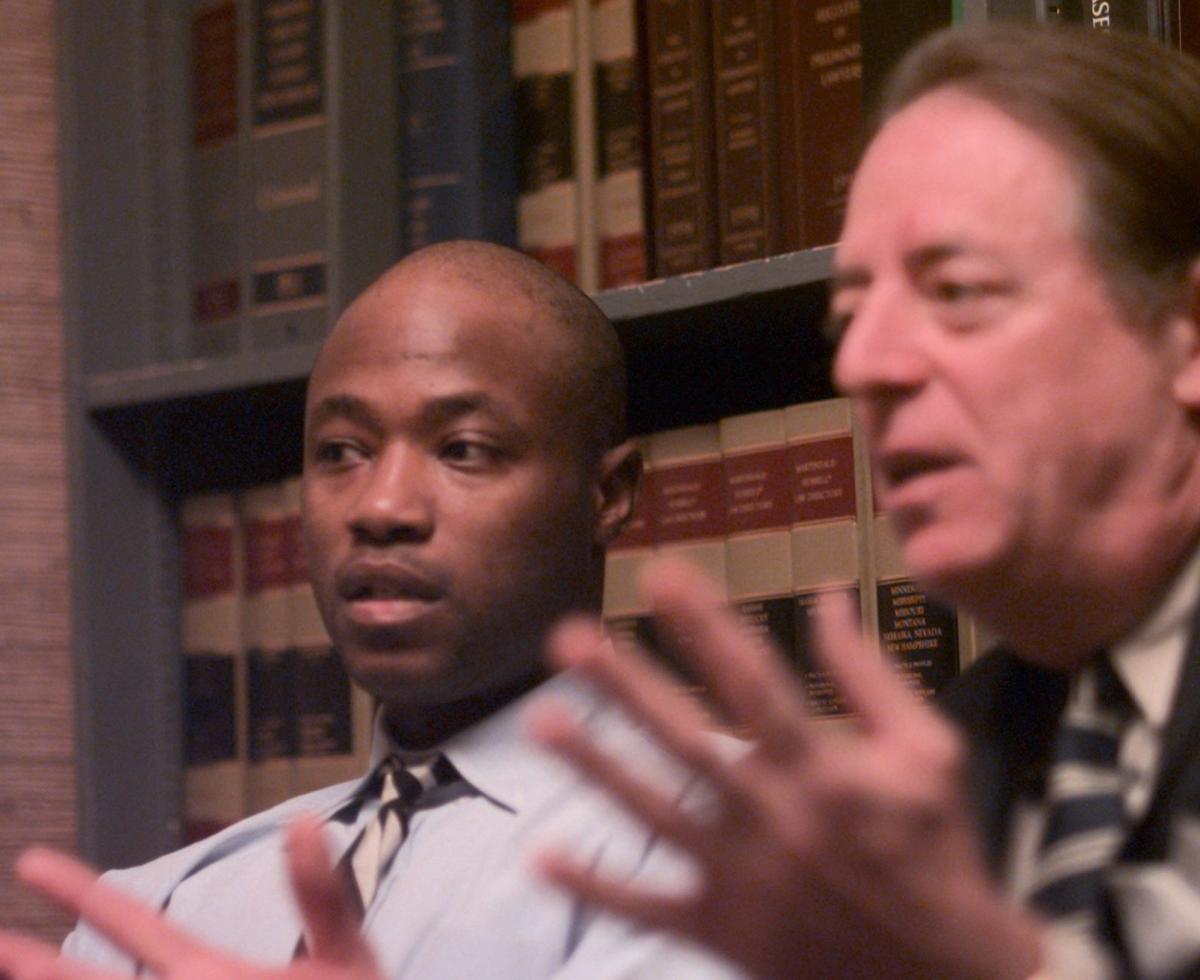 Ferrone Claiborne has maintained his innocence in the shooting death.

Even if two prisoners hit the jackpot and win exonerations for convictions stemming from the slaying of a Waverly police officer 23 years ago, they will still be behind bars serving life.

Petitions for writs of innocence were filed in the Virginia Court of Appeals last week for Terrence Richardson and Ferrone Claiborne for 1999 convictions in Sussex County Circuit Court for involuntary manslaughter and accessory after the fact, respectively.

Officer Allen W. Gibson, 25, the father of one child, was shot with his own handgun on April 25, 1998, during a struggle with two men he believed were involved in a drug deal. The shooting happened in a wooded area behind the Waverly Village Apartments.

Greatly complicating the case, after their 1999 convictions, federal authorities charged them and a federal jury convicted them of conspiracy to distribute drugs, but acquitted them of aiding and abetting in the murder of Gibson during drug trafficking.

U.S. District Judge Robert E. Payne imposed the life sentences for the federal drug convictions in 2001, citing in part their 1999 Sussex County guilty pleas related to Gibson’s murder — pleas Richardson and Claiborne say they made only to avoid the risk of death sentences in a capital murder trial.

Their petitions to the Virginia Court of Appeals claim that three pieces of critical, newly-discovered exculpatory evidence were wrongfully withheld from their trial lawyers, and had it been known, they would not have pleaded guilty.

The new evidence includes: the handwritten statement of a then-10-year-old girl who said a man with dreadlocks was present at the scene; a photo array that was shown the girl in which she identified a man with dreadlocks as the man at the scene; and an anonymous tip to the Virginia State Police reporting that the same man was involved in the shooting and had since cut his hair.

Boone said in his affidavit that the new evidence was never shown him and that he would not have advised his client to plead guilty had he known about the new evidence. Chappell said that to the best of his recollection, he did not recall seeing such evidence, either.

The petitions for each of the men conclude by arguing that “the evidence is compelling and has been found persuasive by the prosecuting commonwealth’s attorney.”

Claiborne’s petition adds: “The state court guilty pleas are the [linchpin] of Mr. Claiborne’s federal life sentence. Having been found not guilty of Officer Gibson’s murder in federal court and in light of the new exculpatory evidence that was withheld by authorities, the only just thing to do is to reverse the conviction of Mr. Claiborne, which would allow him the evidence to fight the current life sentence.”

Convictions are final in Virginia courts after 21 days, and no additional evidence can be considered after that.

If appeals are denied or not filed in a timely way, courts can only exonerate wrongfully convicted people through a writ of actual innocence from either the Virginia Supreme Court or the Court of Appeals.

Richardson, 49, and Claiborne, 45, are currently serving life in a federal prison in Petersburg. Their federal appeals have been exhausted, and a presidential clemency bid has been rejected.

Before he died, Gibson told a state trooper who arrived on the scene that his handgun “just went off” while he was struggling with two men. He described one of his two assailants as having dreadlocks.

Claiborne and Richardson, neither of whom had dreadlocks, were arrested soon afterward. The evidence against Richardson and Claiborne for the slaying was so thin that they were freed on bond while awaiting trial for the murder of a police officer.

Among other things, the Waverly police had mishandled critical evidence in the case, recalled Chappell in his affidavit.

The plea deals offering convictions for far lesser crimes avoided the risk that they would walk away free in a trial. They were sentenced on March 8, 1999, in Sussex County. Richardson netted five years, and Claiborne was sentenced to time already served.

News stories at the time noted that the plea deals upset Gibson’s family and members of law enforcement. Federal authorities decided to prosecute them.

Double-jeopardy protection does not bar defendants from being tried in both state and federal courts on similar charges.

They were prosecuted in federal court for Gibson’s killing as part of a drug distribution conspiracy case. In 2001, a U.S. District Court jury in Richmond, while convicting them on drug charges, acquitted them of murder and related firearms charges.

Payne cited, in part, their 1999 guilty pleas in Sussex County. He conceded that Gibson’s dying description of his assailants did not exactly match that of Richardson and Claiborne, but he said the descriptions generally fit the defendants.

How trees help us with carbon dioxide

How trees help us with carbon dioxide

Hundreds rally at Capitol in third Virginia March for Life

Waverly police officer Allen W. Gibson Jr. was shot to death with his own gun in 1998 as he struggled with two men.

Ferrone Claiborne has maintained his innocence in the shooting death.