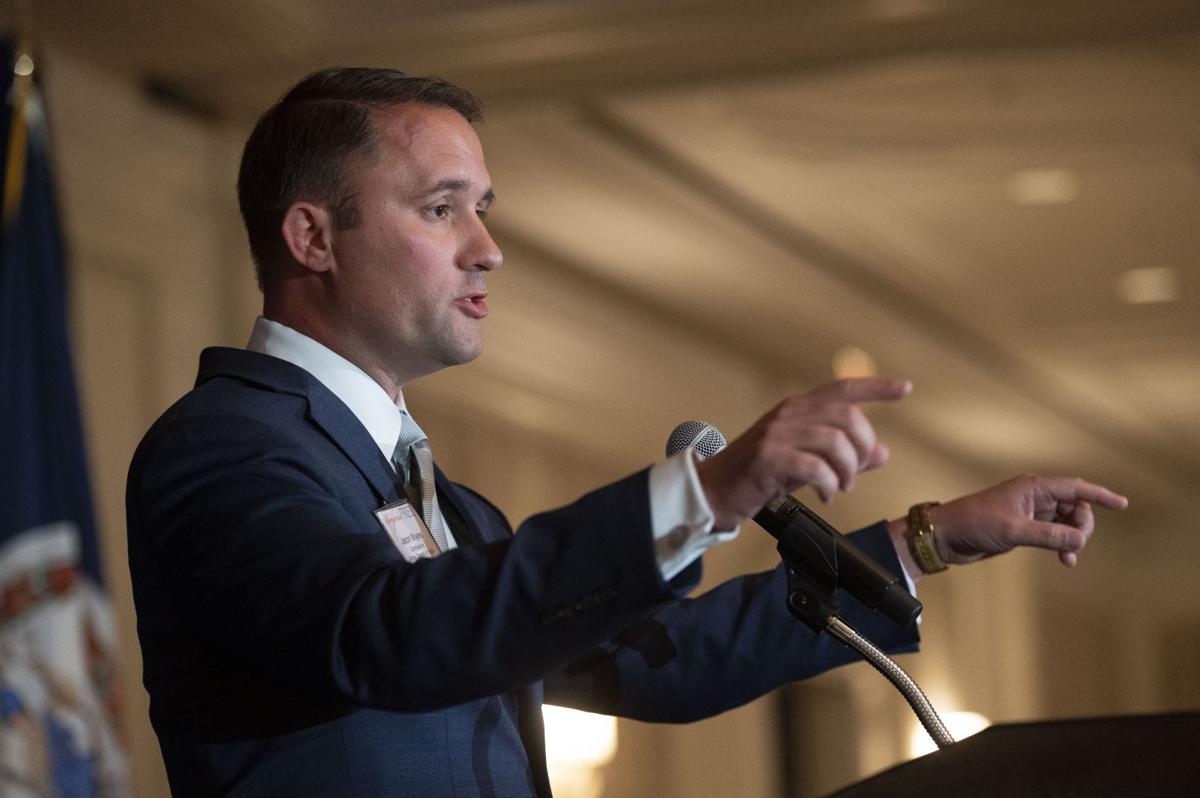 Jason Miyares, the Republican candidate for attorney general, addressed the Virginia FREE Leadership Luncheon in McLean in September. He appears headed to victory over Democrat incumbent Mark Herring, whom he attacked for being weak on criminals. 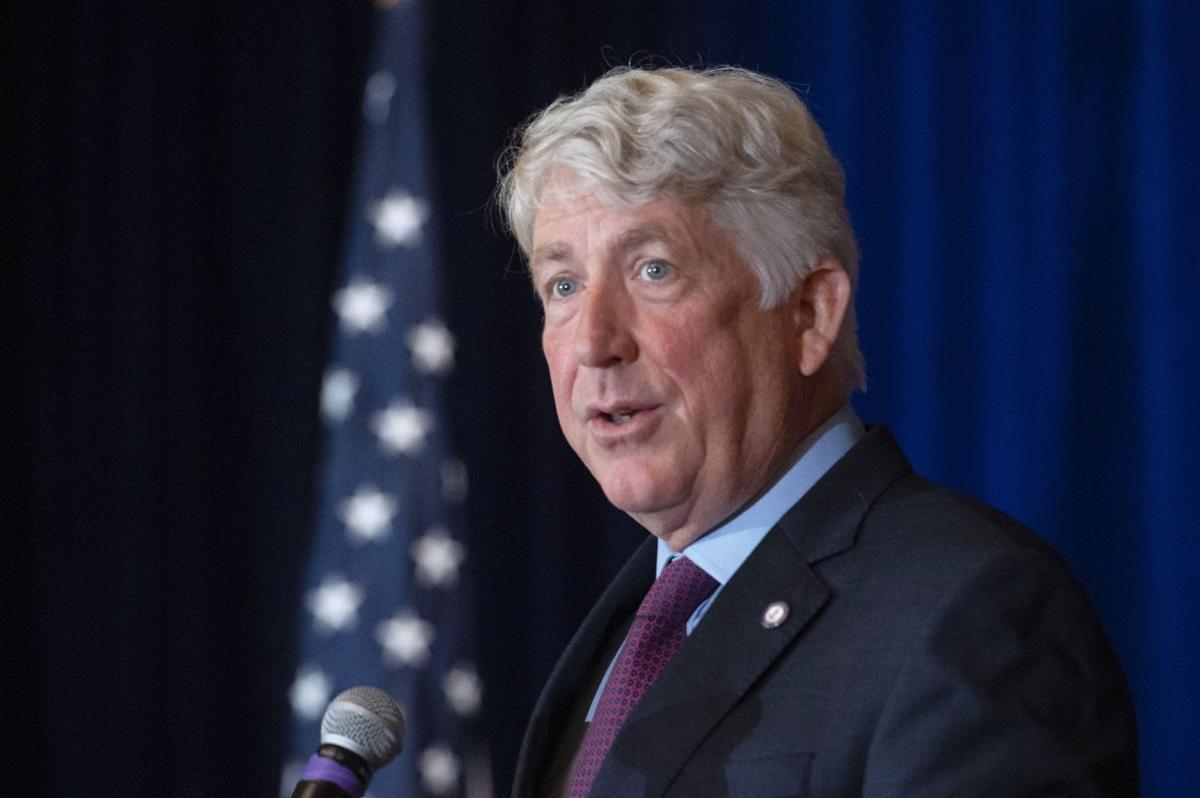 Jason Miyares, a Republican state delegate whose campaign for attorney general attacked incumbent Mark Herring as being weak on criminals, appeared headed for victory over the Democrat on Tuesday to return the office to GOP control and deny Herring a third term in the job, according to unofficial results with 99% precincts reporting Wednesday morning.

Jason Miyares issued a statement saying he was humbled and honored to be elected and thanking Herring for his service.

“I’d like to thank you, Virginia, for giving me the opportunity to make history,” Miyares said in the statement. “On day one, we’ll work toward a safe and secure Virginia and ending the criminal first, victim last mindset. Virginia has spoken - we want safe streets, we want our police to be well trained and supported in the community - and we want the rule of law respected. I intend on delivering on my campaign promises.”

Jason Miyares, a Republican state delegate whose campaign for attorney general attacked incumbent Mark Herring as being weak on criminals, appeared headed for victory over the Democrat on Tuesday to return the office to GOP control and deny Herring a third term in the job, according to unofficial results.

Miyares would be the state’s first Republican attorney general since Ken Cuccinelli, who was attorney general from 2010 to 2014. He would also be the first Latino to hold statewide office in Virginia.

In his campaign, Miyares touted his personal story as the son of a Cuban immigrant and slammed Herring as someone who put criminals ahead of victims. He tried to tie Herring to a scandal involving the Virginia Parole Board and said Herring was part of a “far left, liberal monopoly” of control in Richmond.

Miyares has said one area of focus for him as attorney general would be to investigate how the Virginia Parole Board violated laws and policies in the process it used to release certain people from prison in 2020.

He also slammed the board for its decisions to release people; Virginia has abolished parole, but people convicted prior to 1995 are eligible.

“The victims of violent crime are too often ignored or forgotten in Richmond,” Miyares’ website says. “An out-of-control parole board has let ... felons, rapists, murderers, cop killers and child abusers out of prison and back in our neighborhoods and communities.”

Miyares said he was a strong proponent of budget increases to law enforcement; he touted endorsements from more than 75 sheriffs and prosecutors.

Miyares, a political consultant and former assistant commonwealth’s attorney in Virginia Beach, was first elected to his House seat in District 82 in 2015.

Herring touted his left-of-center record in his run, and he attacked Miyares as a sympathizer to people who sought to overturn the results of the 2020 presidential election. Miyares accepted money from the Republican Attorney General’s Association; a nonprofit arm of that association encouraged people to attend the rally at the Capitol on Jan. 6 that sought to overturn the legitimate presidential election result and eventually turned into a deadly riot.

Herring was first elected in 2013 in a close election over GOP Sen. Mark Obenshain, R-Rockingham. He was reelected in 2017 against GOP challenger John Adams, a lawyer with the firm McGuireWoods. Herring announced in December 2018 that he was running for governor but later opted to seek reelection as attorney general.

Williams: 'My story is their story, too': Gayle Jessup White, a descendant of Thomas Jefferson and Sally Hemings, reclaims her heritage

An insatiable desire to learn her family’s story landed Gayle Jessup White at Monticello, a place she describes as “the epicenter of the Ameri…

ROANOKE — Gov.-elect Glenn Youngkin courted members of the Democratic-controlled Senate on Friday, introducing himself to members before the s…

A 47-year-old inmate at Wallens Ridge State Prison in Wise County died Saturday after an apparent attack by another inmate, according to the V…

Jason Miyares, the Republican candidate for attorney general, addressed the Virginia FREE Leadership Luncheon in McLean in September. He appears headed to victory over Democrat incumbent Mark Herring, whom he attacked for being weak on criminals.