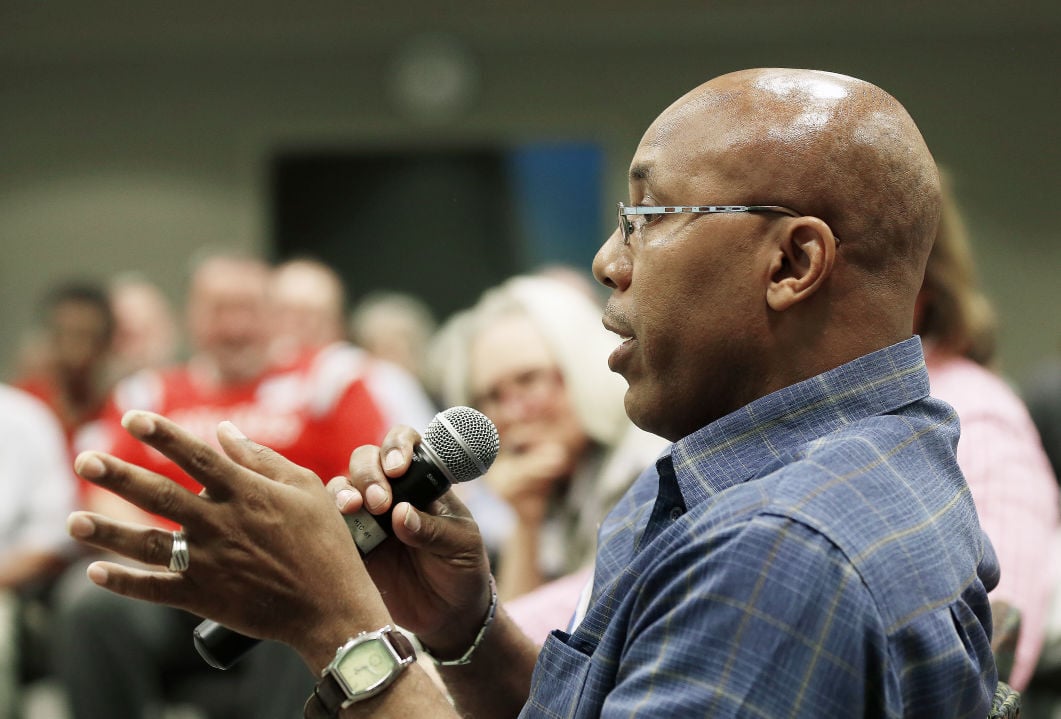 Thomas Haynesworth, who was released from prison on his 46th birthday in 2011, spoke at a Richmond Times-Dispatch Public Square in 2016. Haynesworth served 27 years in prison after wrongful conviction, at age 18, of four rape charges in Richmond. 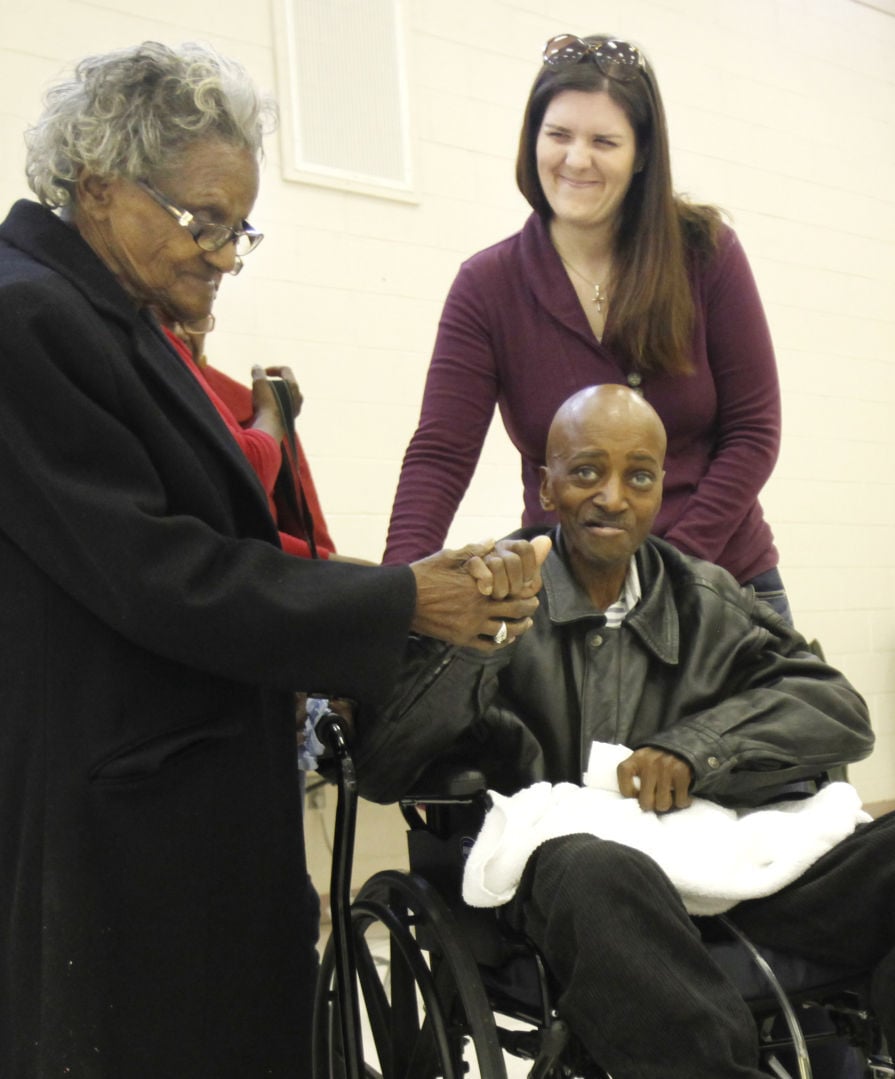 Bennett Barbour, who was exonerated after four-and-a-half years in prison, cast his first vote ever in 2012. His mother, Dorothy Barbour (left), and Alexandra Meador, a University of Virginia law student, were at his side.

Compared to many other states, Virginia falls short in compensating innocent people wrongfully sent to prison, according to a recent study.

Staff of the Virginia House Appropriations Committee have suggested lawmakers consider setting a minimum award per year of imprisonment, making people who pleaded guilty to a crime eligible, and removing the General Assembly from the decision process.

Virginia and 34 other states, along with Washington, D.C., and the federal government, have laws to compensate wrongfully convicted people for their imprisonment, according to the study by the House Appropriations Committee’s staff.

Wrongful convictions most often stem from victim and eyewitness misidentification. Since Virginia’s law was passed in 2004, the General Assembly has made 25 awards to wrongfully convicted people totaling $14.6 million — an average award of $584,000, according to the committee study.

Only in Virginia, however, does the state legislature handle the process. The lawmakers use a formula that has led to an average compensation amount of $46,895 per year of wrongful imprisonment, lower than the average of $70,157 awarded in other states.

The amount awarded per year in Virginia is not only below the average paid in other states, but also below the $50,000-a-year minimum annual award in 17 states.

“The House Appropriations Committee’s report flags some of the important shortcomings in the current law, though it doesn’t recognize all the appropriate options,” contends Jennifer Givens, a director of the University of Virginia School of Law Innocence Project.

Givens said that, in addition to the options outlined by the committee, the legislature should make it so that wrongfully incarcerated individuals are not denied compensation because of an entirely unrelated felony conviction.

Her colleague, Deirdre Enright, wrote in an email that “it is appalling that after the Commonwealth wrongfully convicts you; puts you in prison for years; owes you a paltry sum of money for the inconvenience of putting you in a cage; and then gets to decide how and when you get that paltry sum from the wrongdoers who the money still belongs to — even if you’re sick or dying.”

Del. Rip Sullivan, D-Fairfax, who helped prompt the study earlier this year, said he will be pursuing some of the options, but that it’s not clear if there will be time in the upcoming, abbreviated session set for 2021.

Even with a formula intended to provide consistency, the amounts exonerees are awarded in Virginia can vary, and some cases — such as that of Winston Scott — require changes in the law to ensure the compensation is available.

Current Virginia law allows for compensation to be paid to a person exonerated of a crime by either an absolute pardon from the governor or by a writ of actual innocence from the courts. The person also must not have pleaded guilty and must not have been convicted of an unrelated felony and must waive any past or future claims against the state.

The award is based on 90% of the inflation-adjusted per capita personal income for each year of wrongful imprisonment.

Twenty percent of the award is paid in an initial lump sum, and the rest in an annuity paid out monthly over 25 years. Claimants also are eligible for a transition assistance grant of $15,000 and up to $10,000 of tuition reimbursement for training in a state community college.

Earlier this year, when sponsoring legislation to compensate Winston Scott for $159,000, Sullivan had to get the 2004 law changed. The 2020 General Assembly amended the law so a person over 60 or terminally ill could be paid in a lump sum.

Scott, convicted when he 19 years old, was imprisoned for five years for a 1975 rape in Fairfax County that DNA proved he did not commit. Now in his 60s and with serious health issues, it was possible Scott would not live to benefit from a 25-year annuity.

“This is the third one I’ve done since I got to the General Assembly,” Sullivan said. “Each of them are heartbreaking in their own way.”

“What has bothered me in each of these cases is the lack of flexibility in the statute,” Sullivan said. “There’s nothing in the statute that takes into account anything other than the fact that Mr. Scott was in jail wrongly for five years.”

“When you think about the effect on his life and you get a number of $159,000, it just falls woefully short,” he said.

In asking the Senate Finance Committee to approve his compensation bill for Scott last February, Sullivan quoted from a Richmond Times-Dispatch story on the case.

The study released this month was prompted by Sullivan and Del. Delores McQuinn, D-Richmond, when legislators discussed compensation for Scott earlier this year.

Frances Walters, legal director for the Mid-Atlantic Innocence Project, which helped clear Scott’s name, said the award has been of great help.

“He is doing really well,” Walters said. “He received the transition assistance grant funds in February and was able to get a long-awaited medical treatment that has improved his health immensely. He received the rest of the award in July, which has allowed him to get a place of his own. He is in good spirits and health thankfully,” she said.

Scott’s case was similar to that of Bennett Barbour — a young man convicted of rape who spent four-and-a-half years in prison. A newlywed when he was charged, the conviction ended his marriage and ruined his life, he said.

Barbour was dying of bone cancer in 2012 when DNA exonerated him of a 1978 rape in Williamsburg.

Though he lived to see his name cleared and was able to vote for the first and only time, Barbour died in 2013 at age 59, after a bill to compensate him was introduced, but before the General Assembly could award it.

Instead, Barbour’s surviving family was awarded $162,527 by lawmakers, the first and only time that has happened.

Williams: Pharrell Williams is not happy. If his Virginia Beach music festival is to continue, that city's leadership must listen and learn

Pharrell Williams has reeled in a boatload of awards as a recording artist and producer. But the Virginia Beach native’s greatest hit may have…

If you’ve traveled to the Oceanfront by way of Interstate 264, you were undoubtedly greeted upon arrival by a McDonald’s restaurant that’s become something of a landmark.

In Henrico suburbs, two different approaches in key races for control of the House of Delegates

Republicans are counting on two races in the Henrico County suburbs in their bid to regain control of the House of Delegates, but only one is …

Mildred Muhammad will share her story of being terrorized by John Muhammad — who was convicted of carrying out the attacks and executed in 2009 — long before he terrorized the region, and about transforming from victim to survivor of domestic violence.

A stretch of southbound Interstate 95 is set to double in size this week as crews wrap up three years’ work on the first phase of the Rappahannock River crossing projects.

Thomas Haynesworth, who was released from prison on his 46th birthday in 2011, spoke at a Richmond Times-Dispatch Public Square in 2016. Haynesworth served 27 years in prison after wrongful conviction, at age 18, of four rape charges in Richmond.

Bennett Barbour, who was exonerated after four-and-a-half years in prison, cast his first vote ever in 2012. His mother, Dorothy Barbour (left), and Alexandra Meador, a University of Virginia law student, were at his side. 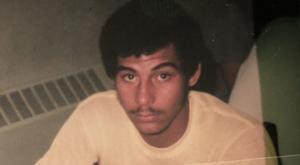