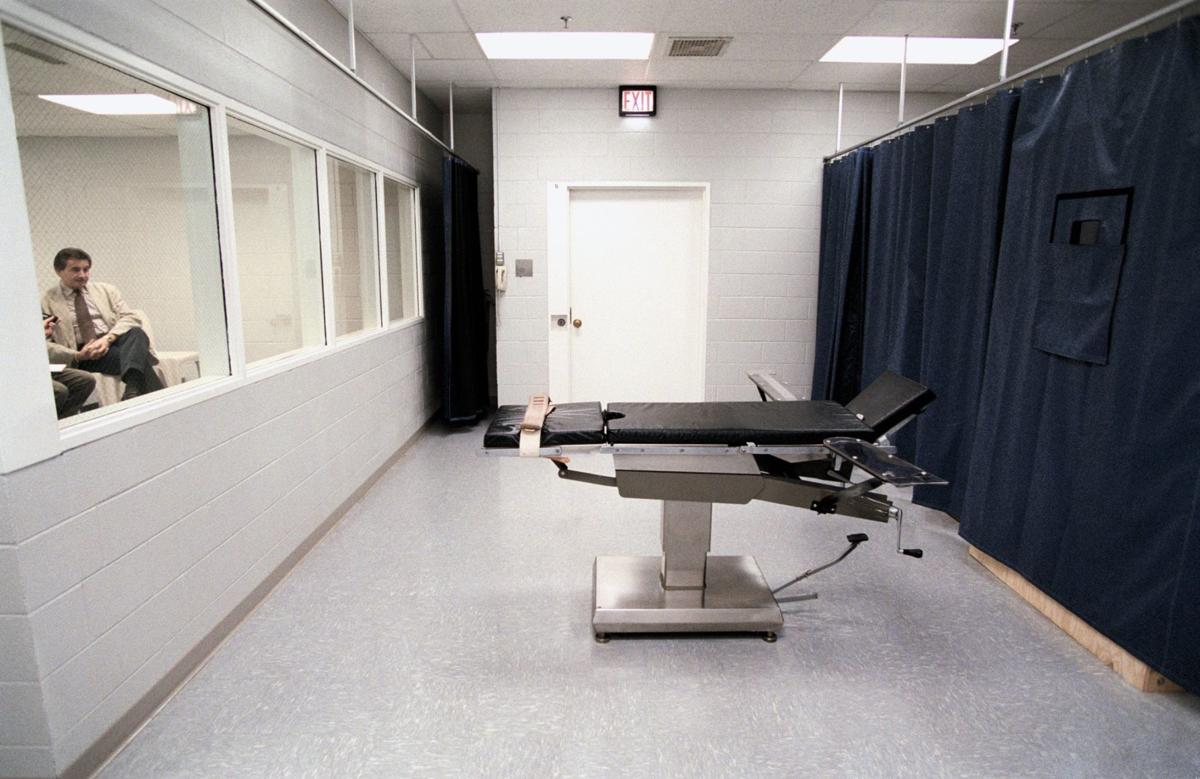 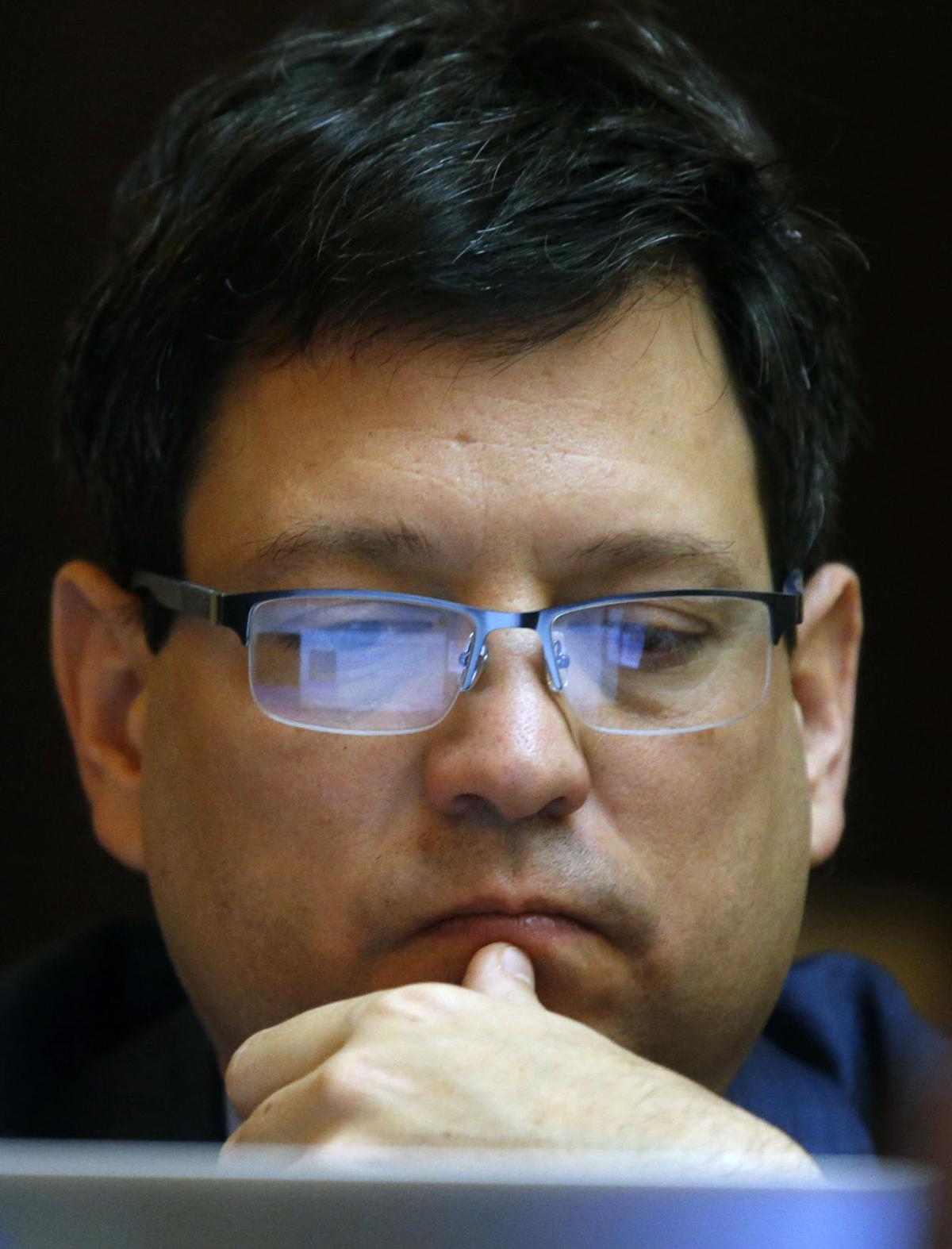 In this February 2020 image, Sen. Scott Surovell, D-Fairfax, checks his computer screen during the floor session of the Virginia Senate. 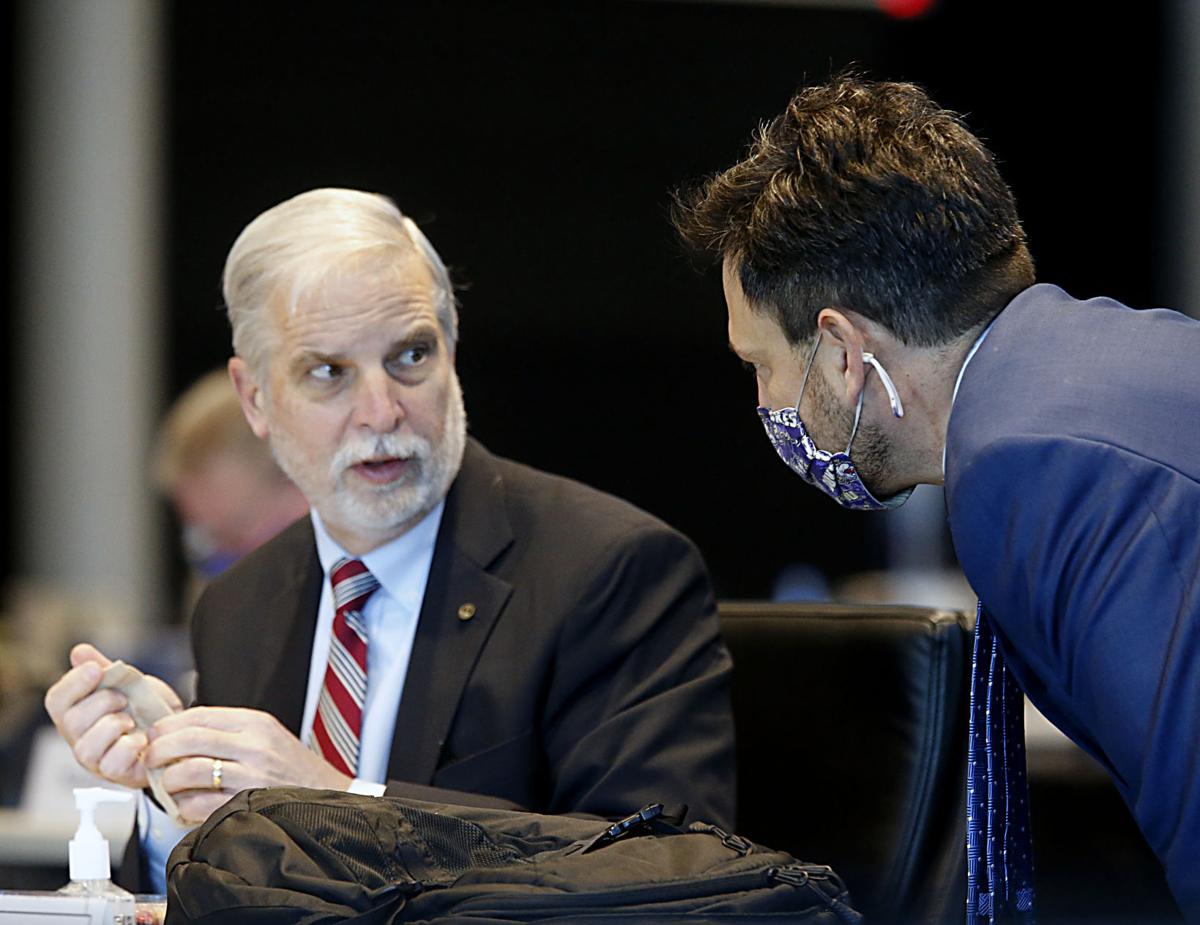 Over warnings it could endanger the lives of law enforcement officers, a bill that would abolish the death penalty in Virginia advanced out of the Senate Judiciary Committee on Monday, largely along partisan lines.

Senate Bill 1165, sponsored by Sen. Scott Surovell, D-Fairfax, and supported by Gov. Ralph Northam, was reported out of committee and sent to the Finance Committee in a 10-4 vote. Sen. Bill Stanley, R-Franklin, the bill’s chief co-sponsor, was the only Republican joining the Democrats.

More than a dozen people — including representatives of Northam’s office, the Virginia Association of Criminal Defense Lawyers, the University of Virginia Law School’s Innocence Project, the League of Women Voters and religious organizations — spoke in favor of the bill.

Abolition proponents cited historical racial disparities in the death penalty’s use, the cost, lack of deterrence and the danger of executing an innocent person.

Albemarle County Commonwealth’s Attorney James Hingeley said that before he became a prosecutor, he was a defense lawyer. He noted that many believe the death penalty is needed to separate out “the worst from the worst.”

“Let me tell you, there is no way to evaluate, what is the worst of the worst. That is just not a workable way of looking at the system,” he said.

The Virginia Association of Commonwealth’s Attorneys has not taken a position on abolition bills before the General Assembly this year. It is encouraging members to decide for themselves, said Nate Green, the Williamsburg-James City County commonwealth’s attorney and chairman of VACA’s committee on legislation, on Saturday.

Huggins referred to the May 2017 slaying of Michael Walter, a state police special agent, in Richmond. The killer netted a sentence of 36 years, prompting a subsequent change in state law requiring that anyone who murders a law enforcement officer receive, at minimum, a life sentence without parole.

Last year, the Virginia State Parole Board released a man who murdered a police officer in 1979, Huggins said. “Not only are they not getting the death sentence, they’re not even getting life in prison,” he said.

Huggins urged any scaling back of the death penalty be done incrementally because some crimes are more heinous than others.

“Any person who will murder a police officer will murder any member of society and we think they ought to be dealt with the most harshly,” he said.

Former state Sen. Bill Carrico, R-Grayson, a former state trooper, supported Huggins’ remarks. “If you do go down this road, at least put a provision that law enforcement are not out there alone ... and that their families can feel like you have their back,” he said.

“Because it would just make an open season on law enforcement if we don’t do something,” Carrico said.

The widow of Trooper Chad Phillip Dermyer, who was murdered in Richmond in March 2016, also opposed abolition. The decision should be left up to the slain officer’s family, she said.

However, Rachel Sutphin, daughter of Cpl. Eric Sutphin of the Montgomery County Sheriff’s Office, who was shot to death by William Morva in 2006, spoke in favor of abolition.

“I believe the death penalty is an ineffective and outdated measure that brings no solace to family members. The state would better spend their time and their money providing resources for my family versus killing another person,” she said.

Morva, who also killed a hospital security guard, was executed in 2017, the most recent death sentence carried out by Virginia.

Surovell said no one supporting the abolition bill is against law enforcement or wants to put officers at any further risk.

He said virtually all of the industrial world has abolished capital punishment. “I don’t think we aspire to stand with countries like Egypt or Pakistan or Saudi Arabia or ISIS. I think we aspire to lead the world in having a fair and humane justice system,” he said.

In this February 2020 image, Sen. Scott Surovell, D-Fairfax, checks his computer screen during the floor session of the Virginia Senate.