Toronto-based Consolidated Uranium Inc. will swap some of its shares for stock in Virginia Energy Resources Inc., in a deal that translates to more than 40% boost over the Virginia company’s recent share price.

The deal, valued at about $32 million, gives Consolidated ownership of the 3,000 acre Coles Hill uranium prospect, where surveys dating back to the 1980s discovered a deposit now believed to amount to nearly 133 million pounds of yellowcake uranium ore.

But since 1982, the General Assembly has blocked mining, concerned about how to mine radioactive ore and dispose of mining wastes safely as well as possible impact to water supplies.

The last attempt to end the ban, in 2013, was pulled by its sponsor, then-state Sen. John Watkins, R-Chesterfield, even before a committee could consider it, after he sounded out colleagues for support. A sweeping 2021 revision of the state’s mining laws reaffirmed the moratorium.

In 2020, Wise County Circuit Court Judge Chadwick Dotson rejected Virginia Energy Resources’ claims that the moratorium violated its property rights and was unconstitutional, in one of his last decisions before leaving the bench to take up the post of dean of students at the Appalachian School of Law. (He is now chairman of the Virginia Parole Board.)

But Youngkin’s comments on releasing his energy plan that Virginia should go “all-in” on innovation in nuclear energy encouraged Consolidated to acquire the Coles Hill prospect, the company said.

“This level of support for nuclear energy at the state level, combined with the local support for Coles Hill, gives [Consolidated] confidence that the moratorium on developing uranium projects in the state may ultimately be overcome,” the company said.

“We have three buckets of projects in our portfolio: near-term production, mid-term exploration and development and longer-term call options … Today, Coles Hill fits into the latter category,” said Philip Williams, using the financial market term for securities that let a holder buy shares at a pre-set price.

“Our plan is to take a measured approach to advancing the project with a focus on education and engagement with the local, state and federal levels of government,” he said.

Walter Coles Sr., chairman and CEO of Virginia Energy Resources, said he’s confident that Consolidated’s ownership means his vision that Coles Hill will become a major source for the U.S. nuclear industry will come to fruition.

“I am acutely aware of the inherent risks of being a single asset, single jurisdiction uranium developer,” he said.

If approved by both firms’ stockholders and a British Columbia court, since that province requires a judge rule on how fair such deals are to stockholders, Virginia Energy Resouces’ current shareholders would end up with 17.6% of Consolidated Uranium.

With that, they will get a company that over the past two years has been buying up shuttered mines in Utah and Colorado as well as uranium projects underway in Quebec, Labrador and Nunavut in Canada as well as Argentina and Australia.

It reported a loss of $72.4 million (Canadian) ($54.4 million U.S) in 2021, and an additional $11.3 million (Canadian) ($8.5 million U.S.) for the first half of 2022, largely because of its spending to acquire and develop its uranium prospects. It reported no revenue, financing itself through private placements of shares, its financial reports show.

The sale apparently represents a change of focus for Coles.

When uranium prices spiked in 2004 and 2005, mining companies lobbied him and his sister hard for mineral rights to his land, but he was dismayed by their plans to dismantle a family home dating back to the 18th century as well as what their plans would do to his land.

Tuesday afternoon weather: Rain through this evening, then dry and cold into next week

Temperatures over the next week will be more typical of January.

The Alliance, which began in 2020, includes VCU's Medicines For All, drug manufacturers Civica and Phlow and AMPAC Fine Chemicals, which produ…

What exactly surveillance balloons are used for? 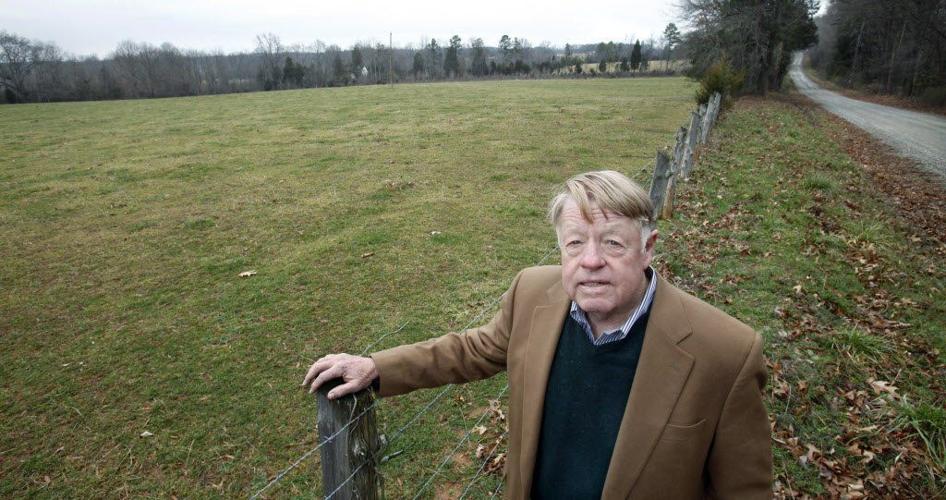 Walter Coles Sr. on his property in Pittsylvania County where Virginia Uranium Inc. proposed to mine uranium. 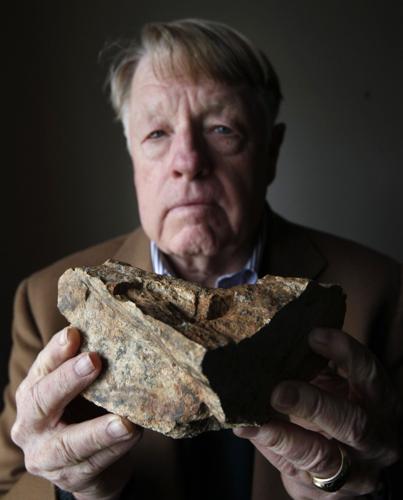 Walter Coles Sr. held a piece of granite from his Coles Hill property where surveys reveal a deposit of 133 million pounds of yellowcake uranium ore.