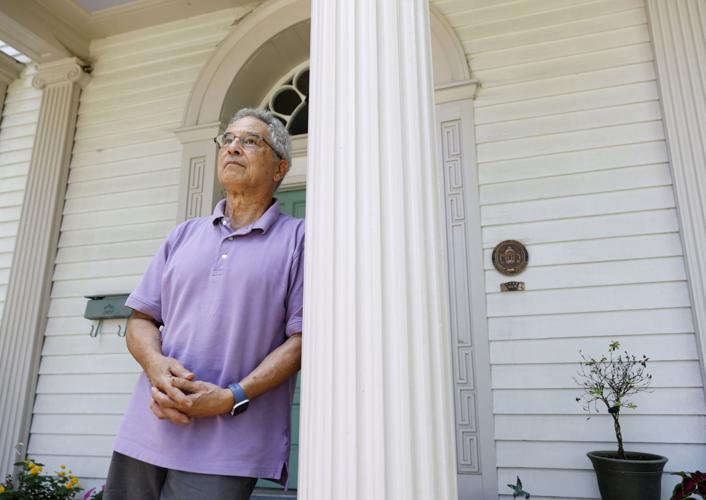 Ting-Yi Oei, curriculum and education director at the 1882 Foundation, said the organization is producing a toolkit for teachers that weaves Asian American history in with the current curricula. An example is pointing to concentrations of Asian populations when teaching immigration. 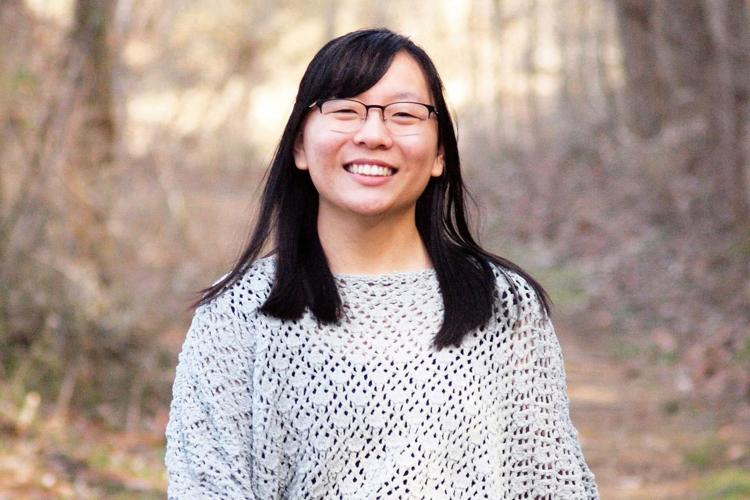 Diana Kim is a high school graduate who launched a petition asking state legislators to require the teaching of Asian American history in public schools. 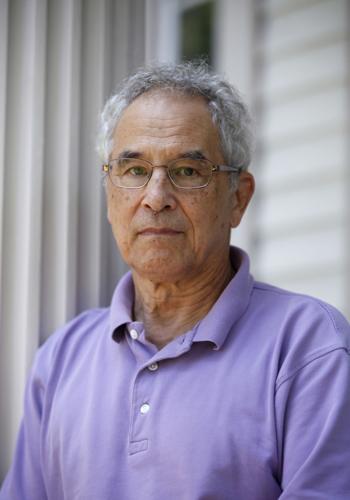 Ting-Yi Oei is a curriculum and education director at the 1882 Foundation, an educational advocacy organization. He is shown at his home in Petersburg on Thursday, August 5, 2021.

Diana Kim moved around a lot during her childhood and adolescent years.

She spent her elementary school years in Missouri and then middle school in North Carolina. Her family settled in Albemarle County in Virginia as she began high school.

Having lived in several localities with various history curricula, the 18-year-old high school graduate feels there is a lack of Asian American history taught. That was reflected in the Korean American’s interactions with peers at school who, Kim said, would ask her if she is from North or South Korea. She was born in Portland, Maine.

Even when there was coverage of Asian American history, the lesson often focused on a single historical event and stopped short of expanding upon that.

When learning about the construction of the Transcontinental Railroad, which Chinese laborers helped build, Kim said it stopped there, leaving her to wonder: “Where did they go? What type of communities did they start? ... I think it’s really important to kind of follow those communities and those groups and see how they grew.”

“I was tired of complaining,” she said in an interview in July. “Basically, I was tired of being frustrated of wanting to do something but not knowing what to do.”

Kim, of Crozet, is a part of the statewide initiative advocating for the inclusion of Asian American history in Virginia’s K-12 curriculum.

In July, Illinois became the first state to mandate Asian American history be taught as part of its public school curriculum. Other states, such as California and Oregon, require an ethnic studies class as a college graduation requirement.

In addition to legislative changes, there are grassroots efforts throughout the country and Virginia to provide educators and school districts with the necessary resources to teach Asian American history.

The 1882 Foundation, a D.C.-based educational advocacy organization, was founded in 2010 with the goal of receiving an apology from Congress for the Chinese Exclusion Act of 1882 — legislation that barred Chinese immigrants from entering the U.S.; the group has shifted to education outreach.

Ting-Yi Oei, the curriculum and education director of the 1882 Foundation, said that while legislation can help create change, educators need the proper tools and teaching materials in order to teach to the fullest extent.

With a grant from Virginia Humanities, a council that supports local humanities programs, the 1882 Foundation is producing a toolkit of teaching materials with a focus on digital media content.

The toolkit will include materials on local events and figures, tying them into current curricula. When teaching about the Immigration and Nationality Act of 1965 or about immigration patterns, teachers can point to the pockets of concentrated Asian populations across Virginia, such as the large Vietnamese presence in Northern Virginia and the Filipino community in the Tidewater region.

“It’s really an attempt to begin to look at Virginia, the demographics, the history and the role that Asian Americans have played in that growth,” Oei said.

The 1882 Foundation is collaborating with the Virginia Department of Education to bring the toolkits to educators through workshops and training. Oei said it aims to incorporate Virginia’s Asian American and Pacific Islander community’s contributions and experiences into the current social studies curriculum.

Stewart Kwoh, co-founder and co-executive director of the Asian American Education Project, echoes Oei’s sentiments. He said that if teachers fully understand the Asian American experience, they can accurately incorporate it into their lessons.

The Asian American Education Project is a national initiative founded in 2021 to develop lesson plans on Asian American history for educators to use in their classrooms. The project emerged out of Kwoh’s long efforts in showcasing the achievements and struggles of Asian Americans.

That effort kicked up amid the rise of anti-Asian violence during the past year, said Kwoh, adding that short-term solutions, such as bystander intervention, are necessary, “but long term, we have to educate ... about our true history, struggles and contributions.”

The organization has been reaching out to school districts and private schools across the country, from New York to Chicago and Los Angeles, to help incorporate Asian American history into their curricula. It has also received requests from bullied Asian American educators and students for assistance, Kwoh said.

But the violence against Asian Americans is not a new phenomenon. Kwoh said the violence goes back centuries, noting the 1989 Stockton schoolyard shooting, the 1885 Rock Springs massacre and the Chinese massacre of 1871.

The efforts to diversify public school curricula is taking place amid debates over critical race theory — an academic concept that aims to examine the U.S. laws and systems through a critical lens of racial inequity. Critical race theory is taught in college and law school, not in K-12 schools, Kwoh said.

But critical race theory has become a catch-all term for those who oppose equity efforts and the teaching of racism in schools.

Kwoh said it is critical to fight efforts nationwide to curb curricula requirements that opponents have linked to critical race theory because “everything is being thrown against ethnic studies.”

In Virginia, there have been efforts to incorporate the history of marginalized groups into the public school curriculum. During the 2020-21 academic year, 16 school districts offered a high school-level African American elective history course. The VDOE developed a curriculum for the elective class after Gov. Ralph Northam established a commission to review statewide standards and resources used to teach Black history.

The caucus is working on legislation proposals based on the feedback it received, said Del. Suhas Subramanyam, D-Loudoun. He said he is supportive of legislation that would push for incorporating more Asian American history into Virginia’s K-12 curriculum.

“This is so critical to building empathy and understanding for different backgrounds and cultures,” Subramanyam said. “And as someone who is Asian American, growing up I felt that my background and culture was not accurately or fairly portrayed or represented in textbooks.”

Kim embarked on an independent project during her junior year of high school where she dug deeper into the history and contributions of Asian Americans. She said she was surprised at the number of Asian female advocates and politicians, such as Patsy Takemoto Mink and Helen Zia, who previously had been unknown to her.

That discovery sparked her passion for advocacy. It led Kim and other students to create a series of student-led anti-racism workshops at their high school where students discuss various topics centering on racism.

Kim hopes her petition can spark conversation about diversifying curricula. She said she was inspired by Zyahna Bryant’s petition to remove the Robert E. Lee statue in Charlottesville in 2016. The statue came down last month.

This fall, Kim will attend the College of William & Mary and, while she is currently undecided about her career path, one thing Kim knows she will continue to do is advocate for making sure the history of minorities is finally told.

“This country prides itself in its diversity. And I think that diversity should be reflected upon our history education,” she said. “Then we would have a more holistic approach in solving our nation’s issues and ensuring that we’re including everyone.”

Basic aid figures did not reflect a provision to hold localities harmless from the elimination of state's portion of the sales tax on groceries.

State Sen. Joe Morrissey, D-Richmond, is banned from visiting the Henrico County Jail for three months after an incident in which Sheriff Alis…

Colin Greene came under fire last year after he reportedly questioned the role of racism in maternal and infant mortality rates.

The House budget chairman pledges: "No school system is going to suffer anything. ...  Everyone is going to be made whole."

Paleontologists accidentally discover the first brain ever known to have evolved

Paleontologists accidentally discover the first brain ever known to have evolved

Ting-Yi Oei, curriculum and education director at the 1882 Foundation, said the organization is producing a toolkit for teachers that weaves Asian American history in with the current curricula. An example is pointing to concentrations of Asian populations when teaching immigration.

Diana Kim is a high school graduate who launched a petition asking state legislators to require the teaching of Asian American history in public schools.

Ting-Yi Oei is a curriculum and education director at the 1882 Foundation, an educational advocacy organization. He is shown at his home in Petersburg on Thursday, August 5, 2021.