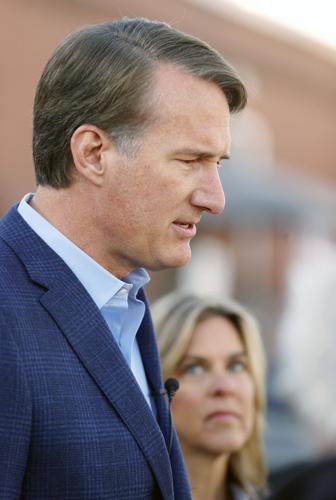 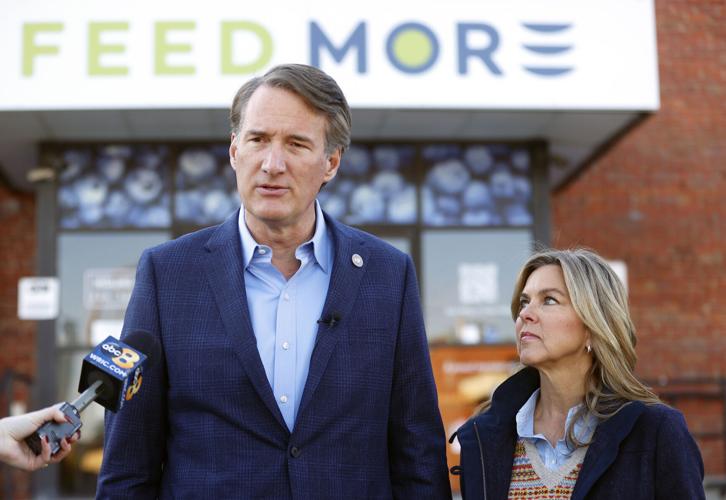 Gov. Glenn Youngkin spoke Wednesday during a news conference at Feed More food bank in Richmond as first lady Suzanne Youngkin stood by his side.

And making sure that happens will be a major pillar of the package of behavioral health measures he’ll be sending to the General Assembly.

Shaken by a second mass shooting in less than two weeks, with the deaths of six people at a Chesapeake Walmart, Youngkin said his behavioral health package “recognizes that we have to be able to treat people the day ... they have a mental health crisis.”

He said it isn’t clear if mental health issues were factors in the Chesapeake shootings — attributed to a store manager — or the shooting deaths of three University of Virginia football players earlier this month, since investigations are still underway.

But, he said, the state faces a mental health crisis, adding “We’ve got real progress we must make.”

Virginia’s long troubled mental health system has been hit hard by the pandemic and by a 2016 law meant to stop “streeting” — dumping of people in mental health distress — by saying the state’s eight hospitals were to serve as beds of last resort.

That law sent hundreds more people a year to state hospitals, which have been operating at or above capacity for the past three years.

And that means there’s often a wait before someone in distress gets to one of those beds of last resort.

Mental health a quiet, but top priority for Virginia's budget

During the fiscal year that ended June 30, there were at least 7,242 Virginians who were under a temporary detention order directing immediate admission to a hospital for up to 72 hours who ended up waiting an average of one day and 19 hours for a bed.

That was often a wait in a hospital emergency room, or in a secure location guarded by a police officer or sheriff’s deputy.

He also wants to address the staffing shortages that have meant state hospitals have had to close more than 200 beds because they don’t have enough direct care and support staff to safely care for people.

Secretary of Health and Human Resources John Littel recently told the Richmond Times-Dispatch that access to care before people slide into crisis will be another major thrust of Youngkin’s proposal.

One challenge, for instance, is that for tens of thousands of Virginians whose mental illnesses leave them mired in low-paying jobs, or no work, access can only come through Medicaid or state funds for indigent care.

So, when the six insurance firms that offer Medicaid managed care programs in the state sit down for contract renewal talks next year, mental health services will be a big talking point, Littel said. The state hopes to nail down a new five-year contract by 2024 to succeed the current contract that expires in fiscal year 2026.

Medicaid’s payments to providers — especially those who offer such critical but nonmedical services as supportive housing — are low, which has effectively reduced the care available, advocates say.

Littel said Virginia has tended to react in piecemeal ways when problems arise in different parts of the system.

Now, he said, the administration “is trying to think about the journey people are on, how they access care, what they run into, how we can help. ... That’s our big focus.”

Lt. Gov. Winsome Earle-Sears, who presides over the state Senate, tweeted Wednesday that she, along with Attorney General Jason Miyares, is committed to working with Youngkin on mental health reform.

One of two serial robbers involved in a multistate crime rampage that authorities said terrorized employees of banks, hotels, gas stations and… 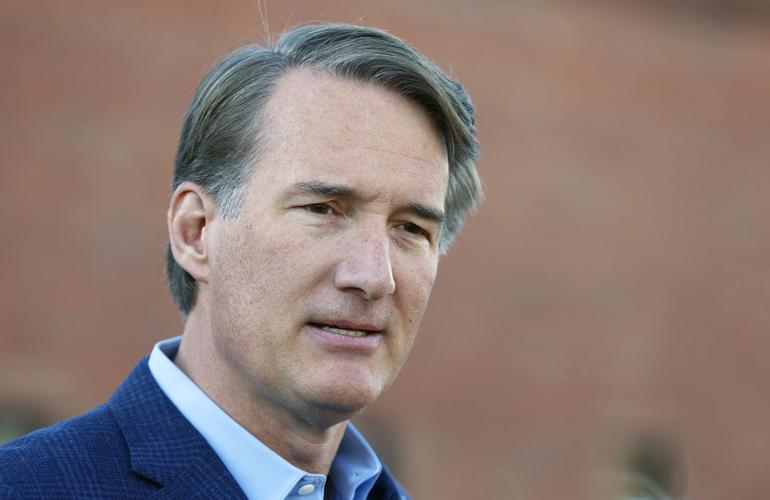 Gov. Glenn Youngkin spoke Wednesday during a news conference at Feed More food bank in Richmond as first lady Suzanne Youngkin stood by his side.