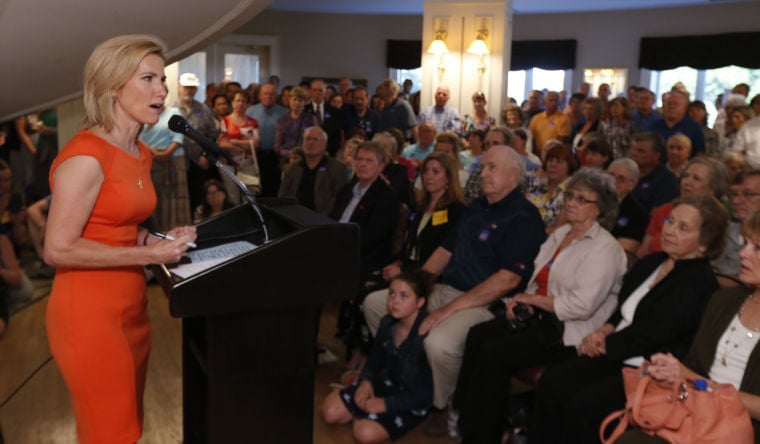 TV personality Laura Ingraham appeared during a rally at The Dominion Club for congressional candidate David Brat who is challenging incumbent Rep. Eric Cantor in the 7th District primary. 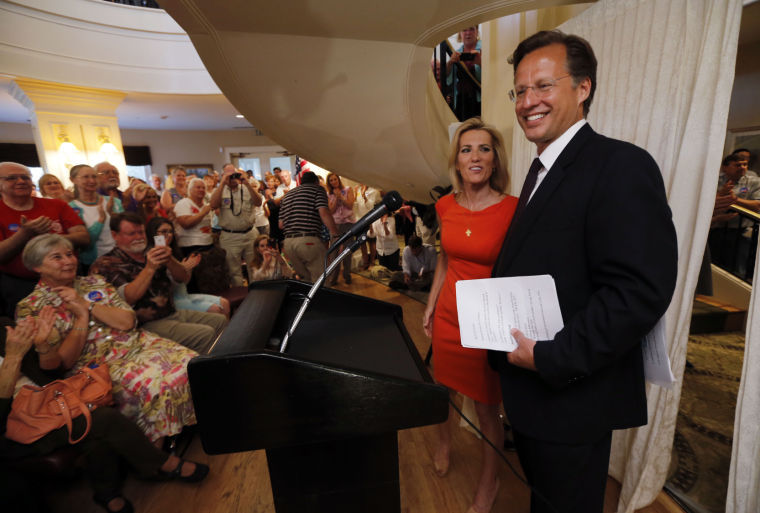 Alan Keyes, who has run for president and the U.S. Senate several times, also attended the event for Brat, an economist, Henrico resident and Randolph-Macon College professor who faces Cantor in the June 10 primary.

Ingraham said she came to the Richmond area for the event “because we're slowly losing our country.”

“Because the establishment has had its way for election cycle after election cycle,” has “kicked the electorate to the curb, sold out our values, misrepresented our views, looked down upon the very people who send them to office and then expect us to get up and applaud for them and send them back to office.”

She said the fact that hundreds of people turned out to the rally “is a great testament to the fact that Americans cannot be held down for year after year.”

Ingraham called Brat a man of courage and said she wouldn't have attended “unless I thought this was critically important and unless I believed 100 percent in this man, Dave Brat.”

Brat gave his stump speech, telling the members of the audience, many of whom indicated they were seeing him for the first time, that he is running because Washington is broken.

Brat said he would repeal the federal health care law and follow the Republican creed.

The 7th District stretches from the Richmond suburbs to Culpeper. Whoever wins looks to have an easy path to November with no Democrat so far qualifying to appear on the ballot.

The issue of immigration has generated much attention in the primary contest. Brat has accused Cantor of supporting amnesty. Cantor’s campaign has issued a mail piece saying Cantor is “stopping the Obama Reid plan to give illegal aliens amnesty,” a reference to President Barack Obama and Senate Majority Leader Harry Reid.

As for Brat’s rally, Cantor strategist Ray Allen said: “This is just another example of Dave Brat running his campaign from Washington.”

He said Brat gets lots of attention in Washington but he has a lack of Richmond endorsements.

“This election will be decided by Virginia voters, not Washington D.C. elites,” Allen said.

RICHMOND, Va. (AP) — Virginia health officials are warning people and pets to avoid swimming or wading in the James River after hundreds of th…

TV personality Laura Ingraham appeared during a rally at The Dominion Club for congressional candidate David Brat who is challenging incumbent Rep. Eric Cantor in the 7th District primary.