Randolph-Macon, 'political center of the universe' for a day
0 Comments
Share this
1 of 4 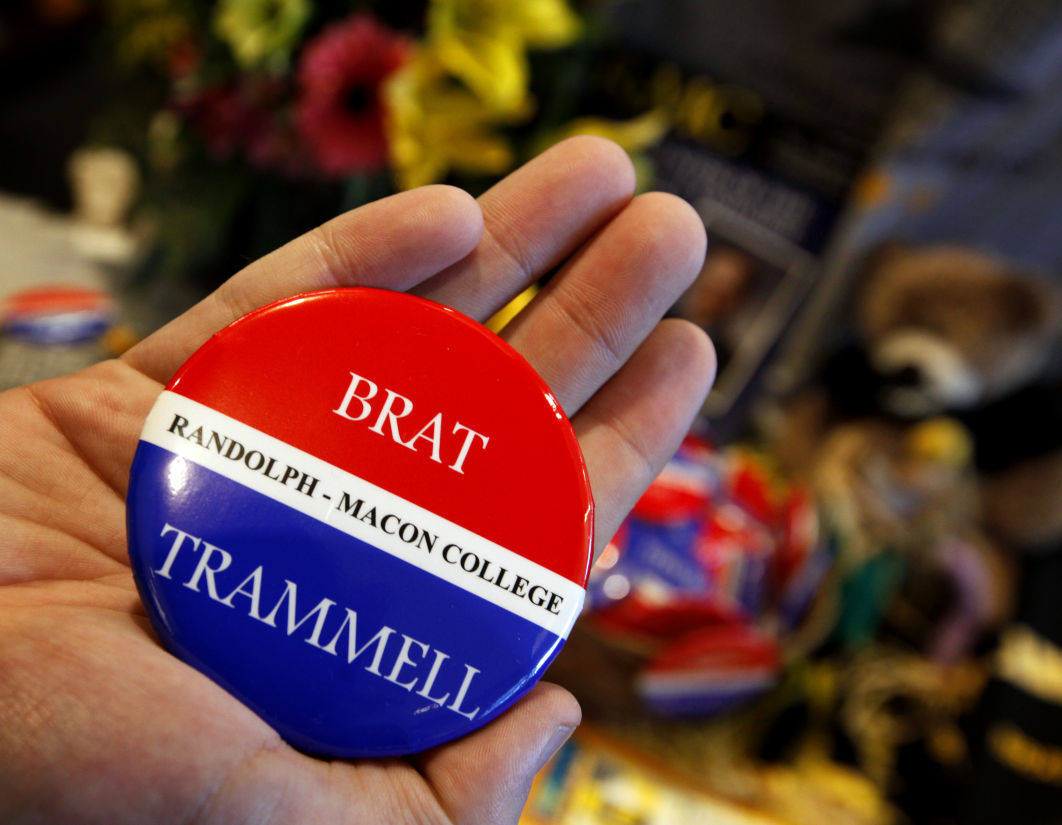 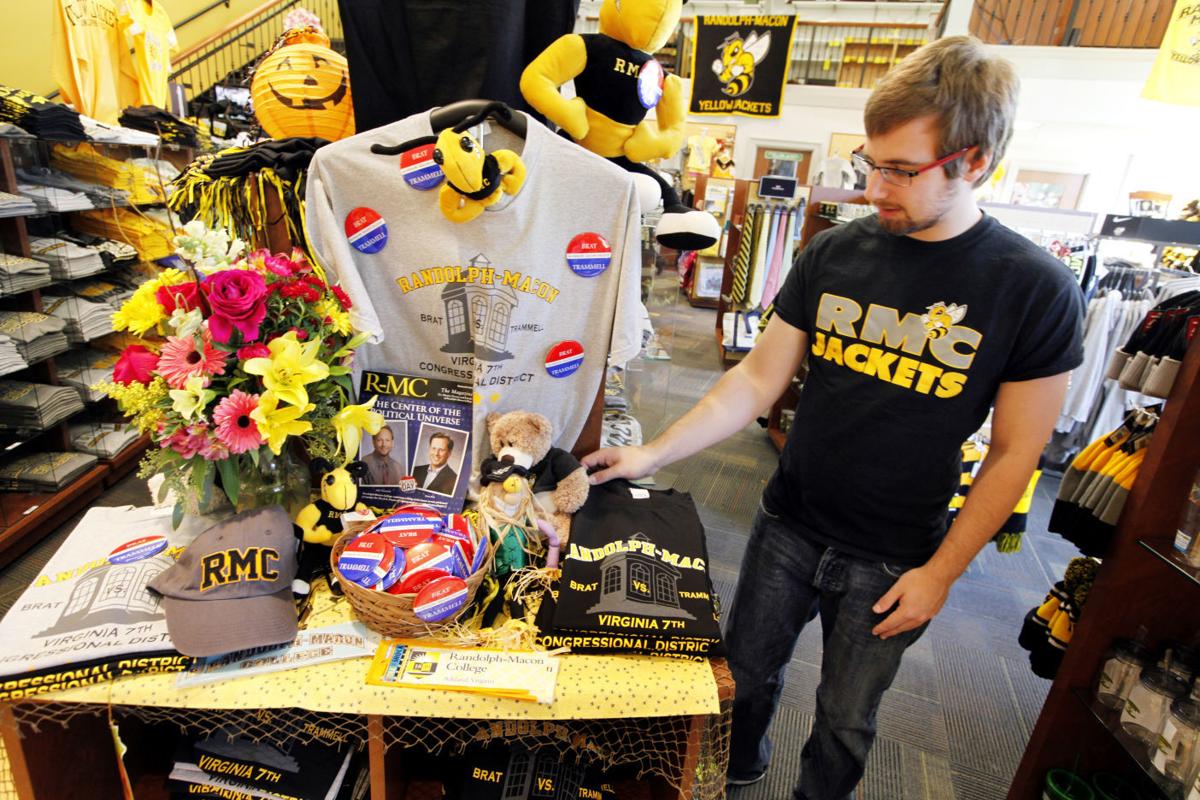 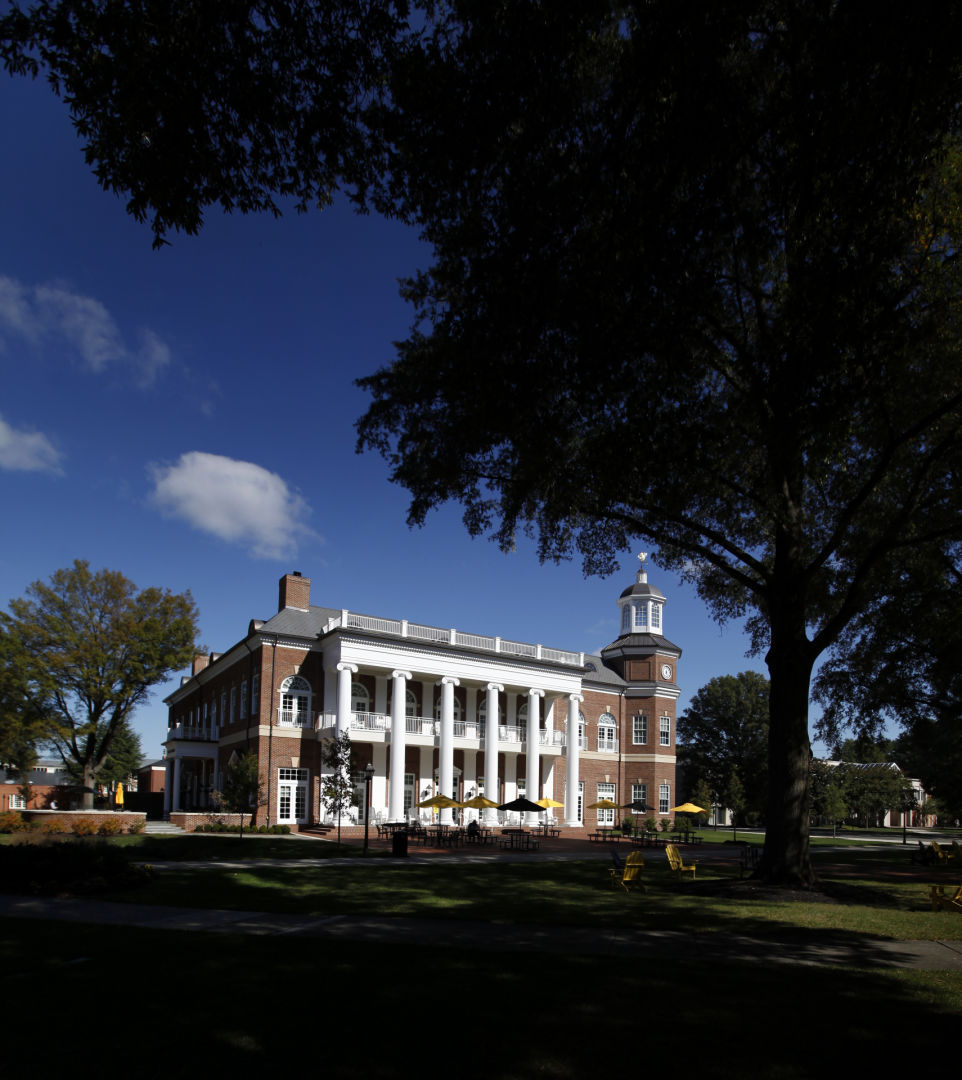 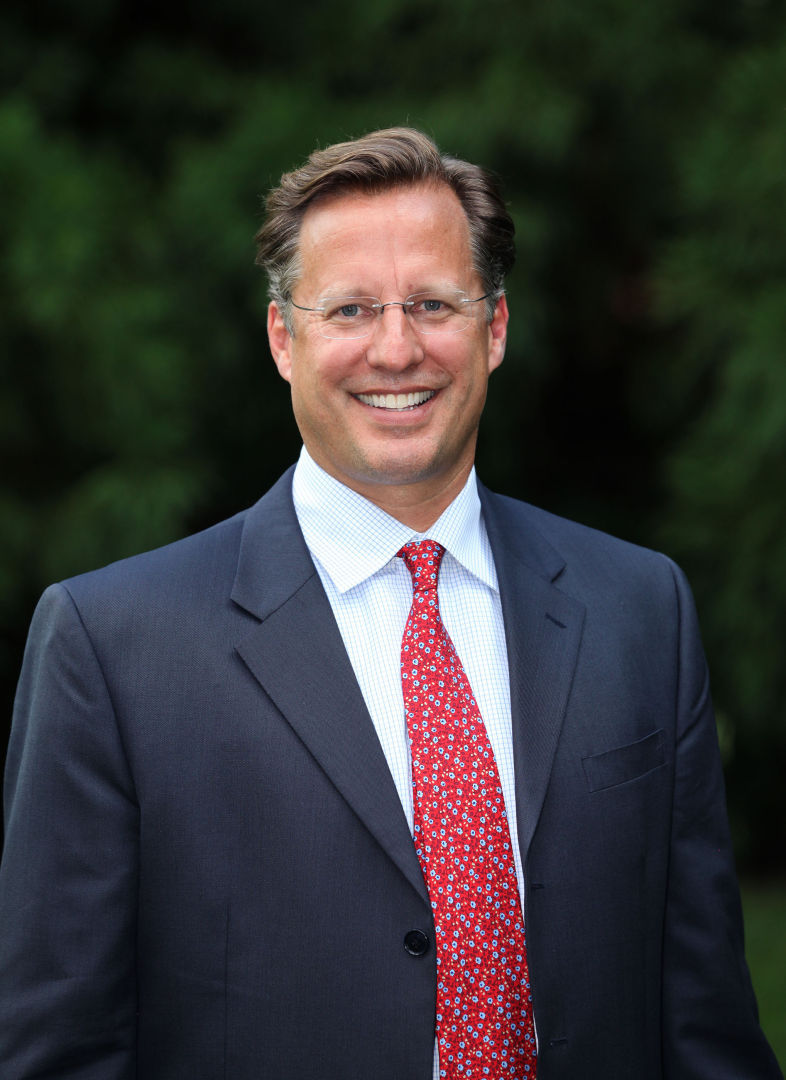 , candidate for Congress, 7th District of Virginia, is shown at his home in Henrico County on Friday, September 5, 2014.

Randolph-Macon College will be in the spotlight Tuesday, when Republican Dave Brat will face Democrat Jack Trammell at the school’s Blackwell Auditorium in the only candidates debate in the race for Eric Cantor’s congressional seat.

In the audience will be many students who are thrilled because of the national attention brought to the small liberal arts school in Ashland by the rare circumstance that two of their professors are competing to represent Virginia’s 7th Congressional District.

“When the debate comes along and it’s getting closer to November, I think the excitement is going to be really big around campus,” said junior Allison Carpenter. “We’re such a small school and a lot of people didn’t really know about us, but now we’re the political center of the universe.”

R-MC has about 1,300 students and 95 full-time faculty members — among them Brat, who has taught economics and business, ethics and ﻿International Studies since 1996.

Trammell came to Ashland in 2000 as an associate professor teaching sociology, Introduction to Disability Studies, Disability in America and General Education. He typically teaches just one class per semester because he also has a full-time position as the school’s director of Disability Support Services.

Brat and Trammell are on unpaid leave for the duration of their campaigns.

A few college professors were previously elected to the House of Representatives. Several are serving in Congress now, including two political science professors: Rep. David Price, a Democrat from North Carolina, and Rep. Dan Lipinski, a Democrat from Illinois. Possibly the most famous professor to serve in recent years is former Speaker of the House Newt Gingrich, who taught history and geography at the University of West Georgia.

“But it is hard to imagine two professors from the same institution running against each other,” said Dan Palazzolo, a professor for political science at the University of Richmond.

In the short run, the race shines a spotlight on Randolph-Macon, Palazzolo said.

“The campaign should give students a greater incentive to participate and an appreciation for the difference between a Republican and a Democrat,” he said. “Once one of them is elected, R-MC will have a favorite son and better than average access to a member of Congress. In the long run, this event will become part of R-MC’s historical lore.”

Lisa Cawley, a senior, said that, usually, college “makes it easy to be apathetic” about politics — but the Brat-Trammell race has changed that.

“I think it’s really cool how two professors from this college helped us become knowledgeable of politics and, in terms of all of our political activism in the future, it has helped us be more involved and interested in things. And it’s really cool to see students get excited about it,” Cawley said.

And Carpenter, who volunteers for Brat off-campus, said having two of her school’s professors run for Congress allows students “a real hands-on experience” with the election.

“It’s been very rewarding, and I have learned a lot. I think it’s definitely something big, and a lot of students are getting really excited because even if it’s Professor Brat or Professor Trammell who wins, it’s someone that all of us can relate back to and a lot of us have had classes with either professor,” she said.

Politics aside, if you ask students at R-MC, both candidates are well-liked and respected.

The website ratemyprofessors.com, where students can grade their teachers, gives both an A-. But Trammell gets 4.2 out of 5 points in overall quality, ahead of Brat, who gets 3.4 points.

Derek Dittmar, also a junior, took Trammell’s Disability in America class and got to “work one-on-one” with the professor for an undergraduate fellowship over the summer.

“He’s very intelligent, he’s very into sort of having students make the classroom a collaborative effort,” Dittmar said. “His goal is to make people informed members of society rather than going with the ivory tower image of being the one who knows all the answers.”

“I love how passionate he is about what he really is interested in. I like how informed he made us and he really knew his stuff. You could tell that he really actually cared for what he talked about and the people involved,” Rigg said.

“I’m not really that into it,” she said. “I thought his personality was a lot better than the class, honestly. I think that he wasn’t as good as a teacher as he is as a person. He’s more the flashy one, you can obviously see that’s how he is. He’s really outgoing, but I don’t think that really translated into his teaching.”

Emily Moore studied with both professors. She took Trammell’s Success Strategies class over the summer, which she enjoyed. “He has a good personality, we learned a lot about disability, we read a lot of articles. He was very nice, and I felt very informed,” she said.

But she liked Brat’s economics class more. “He had a great personality, which made the class enjoyable. We laughed a lot and learned a lot. I was always excited to go, even though it was very early in the morning. He was making sure that we were on track and always knew what was going on.”

Her respect for Brat eventually sparked her interest to volunteer for his campaign.

Joan Conners, who teaches a Campaigns and Elections class at Randolph-Macon, said a number of her students are volunteering for the campaigns, attending political rallies and being interviewed by the media. Some have even appeared in a political advertisement.

The ﻿race gives students in her class “the opportunity to apply the concepts and research we’re studying from past elections to the present day and, more specifically, to the candidates we know from Randolph-Macon,” she said.

The election also plays a bigger-than-usual role in “The Yellow Jacket,” the school’s biweekly newspaper.

“It’s interesting to see how this debate is affecting our school and how many more people now will read the paper,” said Editor-in-Chief Naoko Branker.

“We’re getting a lot of different kinds of articles in about the debate, and we’re going to do a special section for the paper,” Branker said. “It’ll be interesting to see who will contribute and what we will end up printing in the next few weeks about the debate and how people feel before and after.”

In the meantime, the school’s bookstore is prepping students by selling ﻿merchandise promoting Tuesday’s debate, including shirts and buttons with Brat’s and Trammell’s names on them. Libertarian candidate James Carr was not invited to participate in the debate.

In the store, Brat is the more in-demand candidate, even though individual campaign wear is not sold there.

“I definitely noticed that when people come in, they ask where are the Brat shirts,” said junior Kristian Spencer, a ﻿bookstore employee. “I think among the older people who come in and some of the alumni and people around town, they don’t give Trammell a lot of attention.”

Randolph-Macon President Robert R. Lindgren said the college has been “very careful” about staying nonpartisan in the handling of the election. “I think we have done an excellent job at that,” he said.

Lindgren said the school welcomes the attention the race brings to Randolph-Macon, regionally and even nationally, through the media coverage.

“We expect this will draw interest from prospective students who realize that we have a rather rich history of community and civic involvement here and a number of people are going on from here to Richmond, Washington and to all kinds of government and public service,” he said.

On the downside, Lindgren said he is sad that losing one professor is inevitable in November. “We’re keeping the positions open for them, sure, and we expect that one will return,” he said.

But Lindgren did not say which one he would prefer to come back to teach next semester.

“Oh my gosh, no, I couldn’t say I have a preference for one over the other. They are both valued members of this community, doing important jobs.

“Whichever one we’ll lose, we will miss that person,” he said. “There is no question about that.”

Candidates aired their differences on various issues including health care, the federal response to Ebola, immigration and the minimum wage.

, candidate for Congress, 7th District of Virginia, is shown at his home in Henrico County on Friday, September 5, 2014. 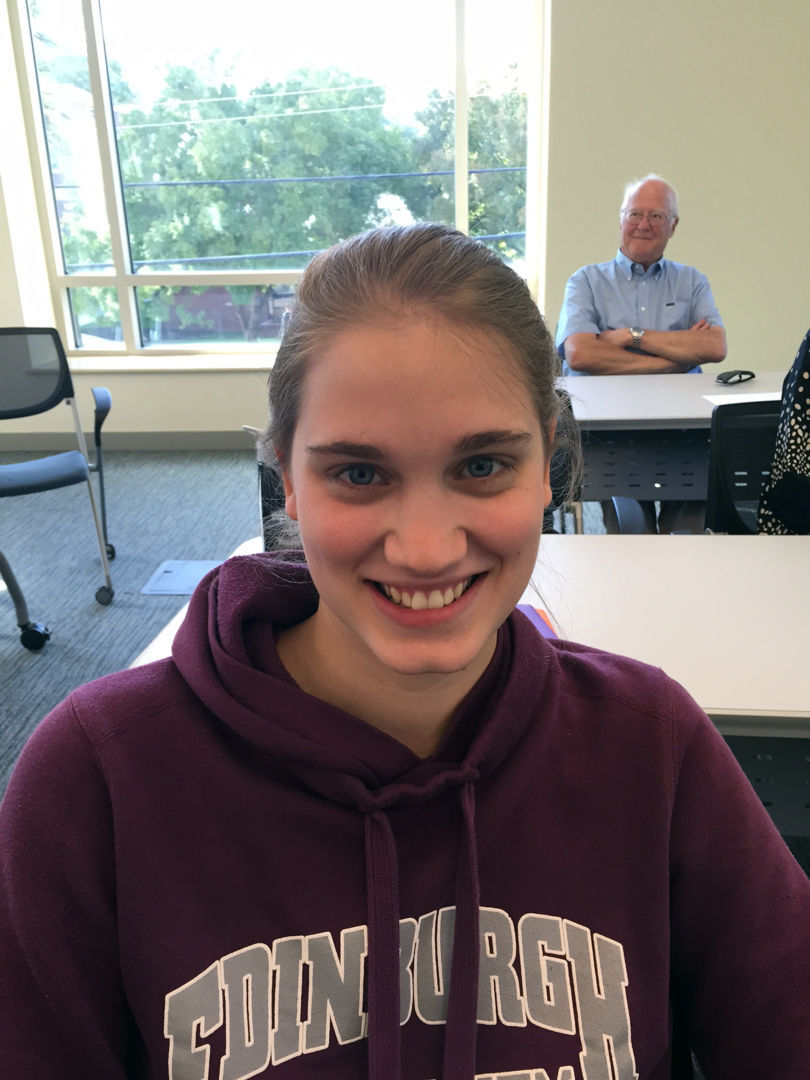 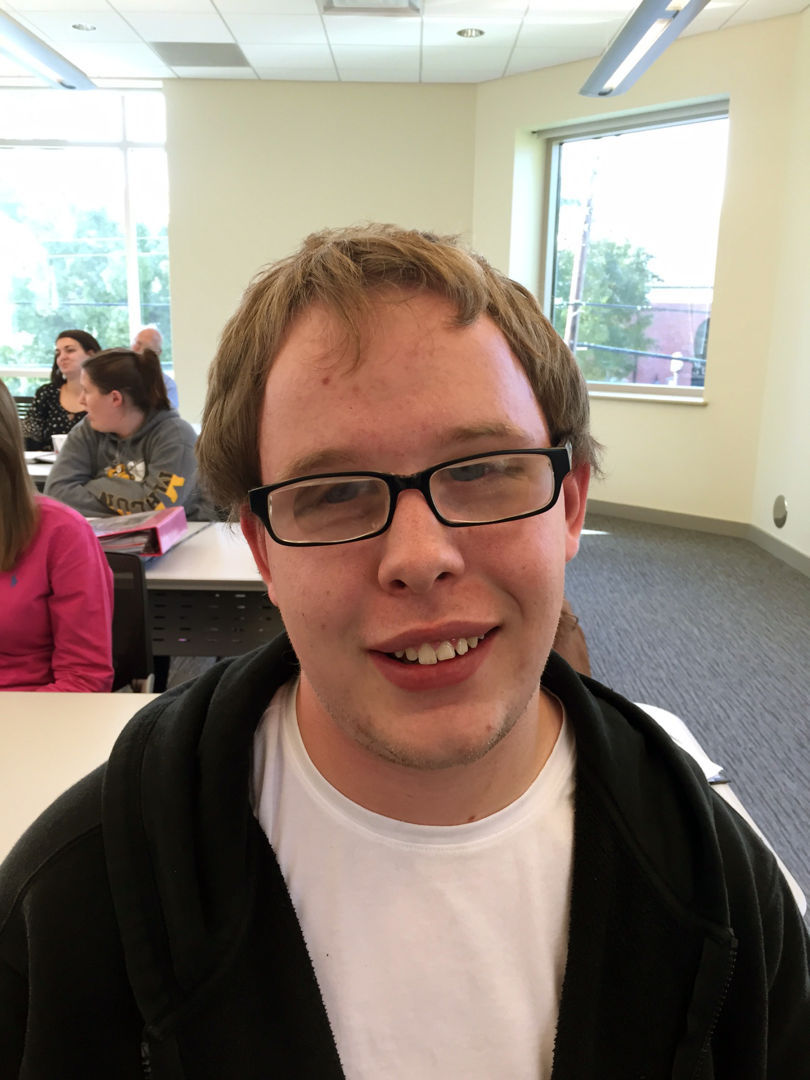 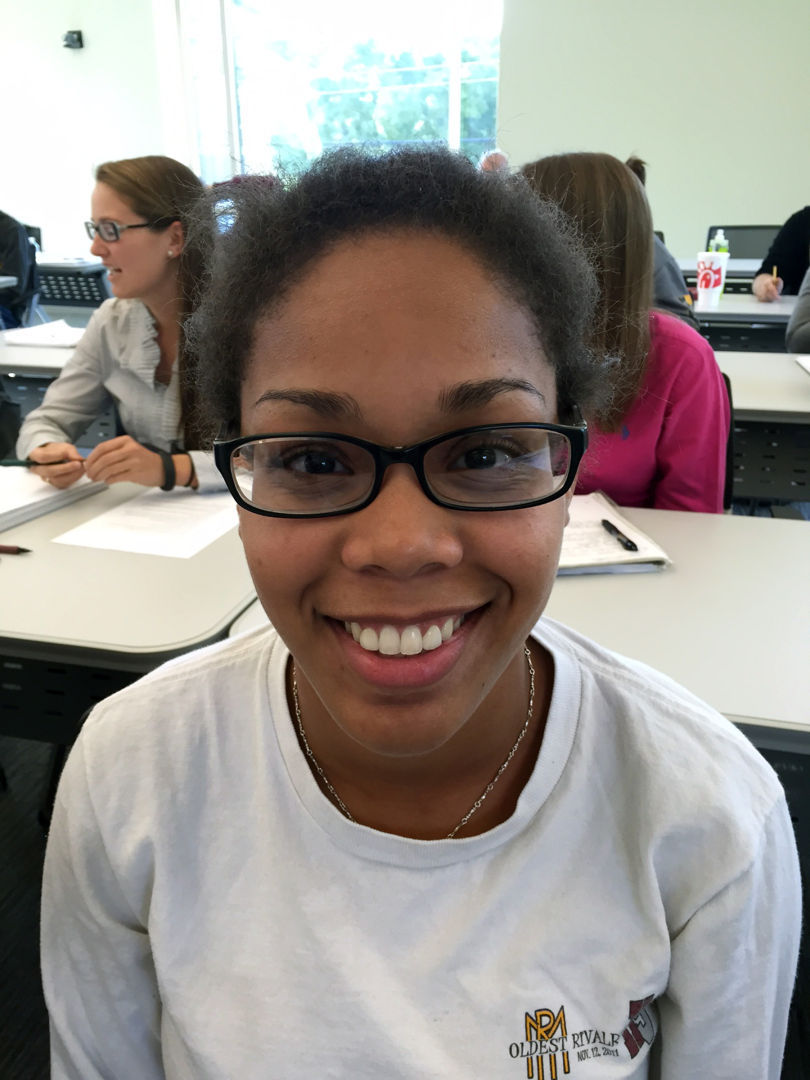 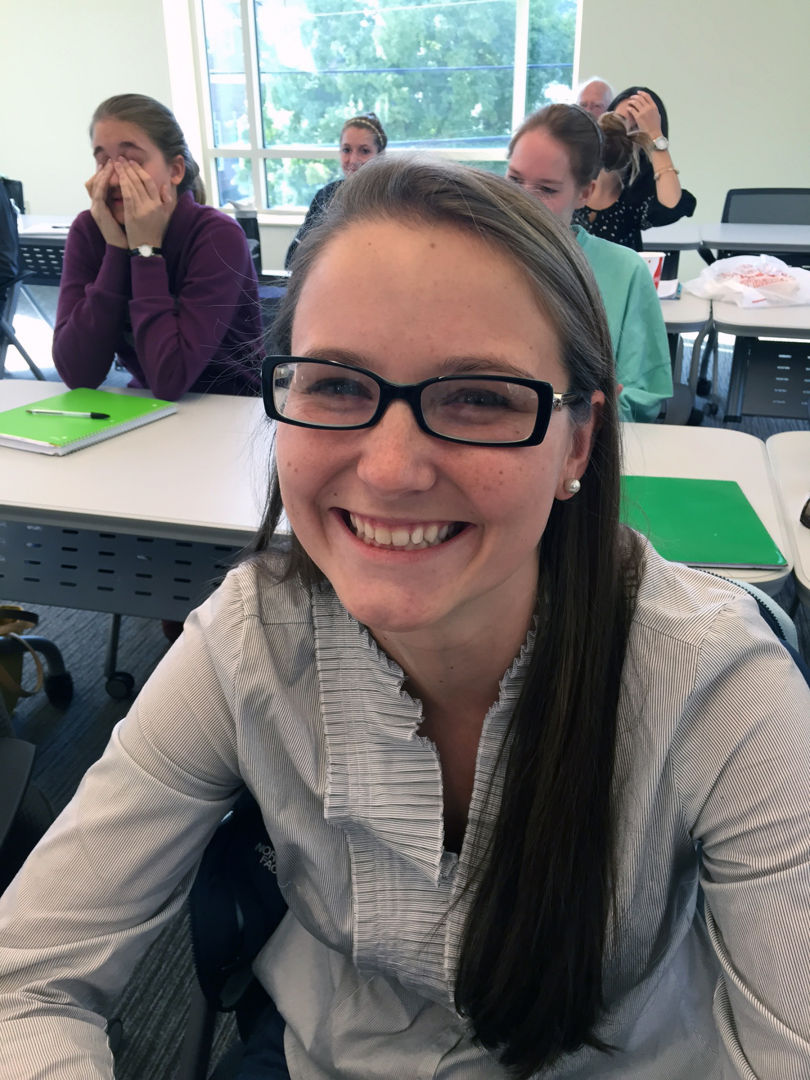 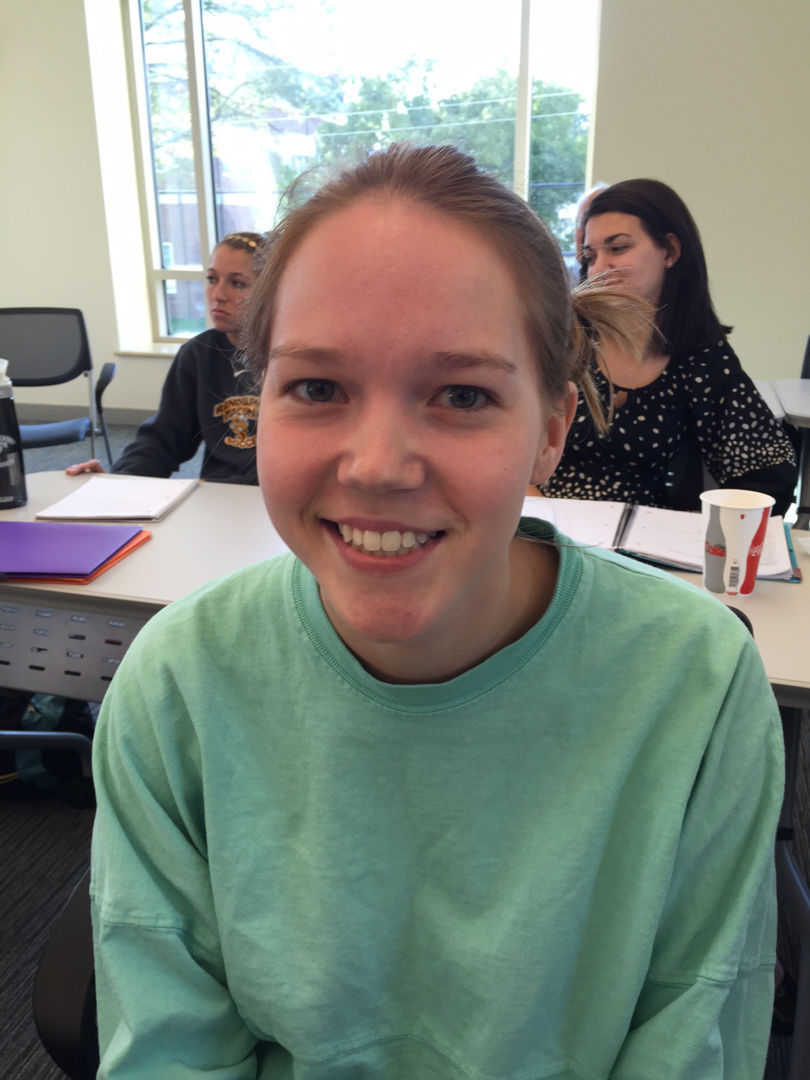 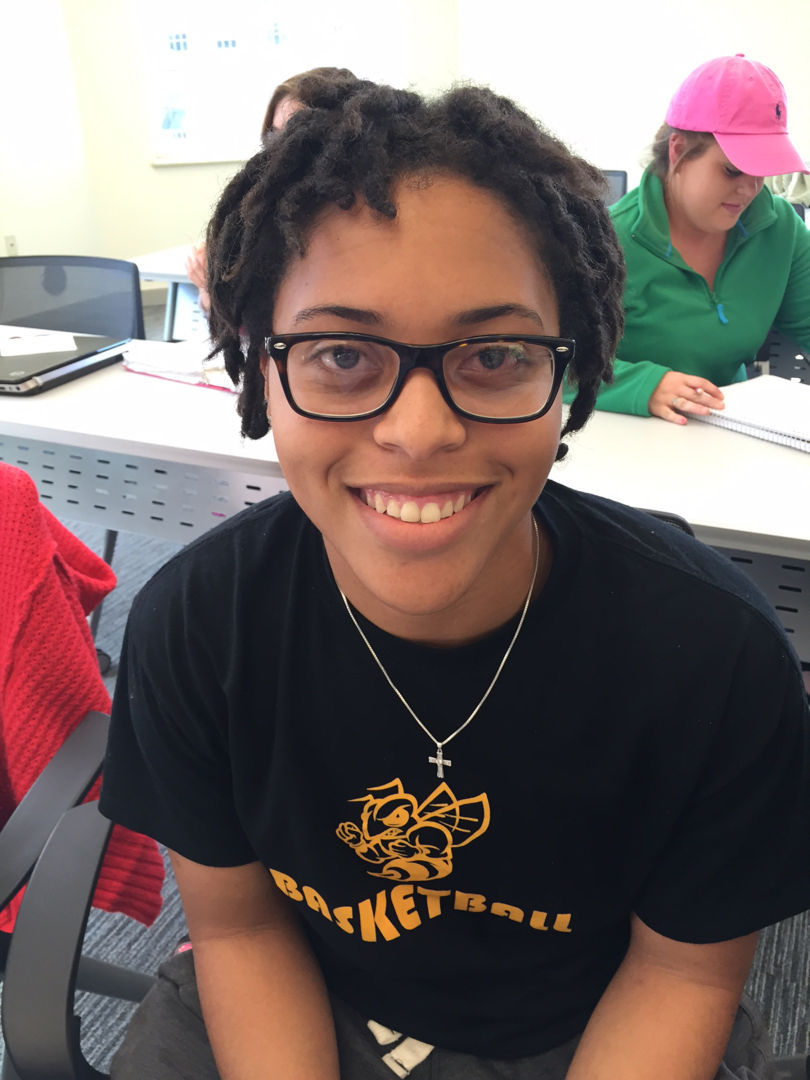