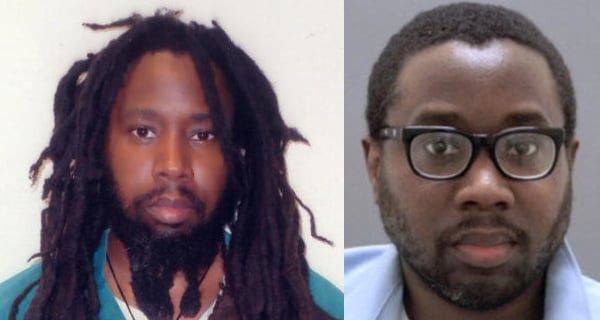 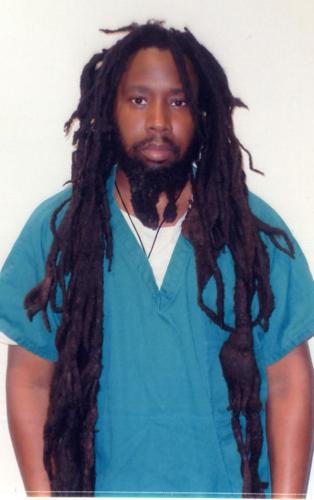 A Rastafarian inmate who spent more than 10 years in segregation for refusing to cut his hair said fears for his health and safety led him to give in last month.

Ras-Solomon Tafari, 35, set to be released next year, said he complied with Virginia prison grooming policy so he could be transferred from Wallens Ridge State Prison, where he was beaten last year and suffered a stroke and other injuries.

He was treated at hospitals, underwent rehabilitation at the Deerfield Correctional Center and then was sent back to Wallens Ridge. “They wanted to put me back in population among the same guys that been threatening my life,” he complained.

Because Wallens Ridge is a high-security prison, Tafari said he was not allowed to have his four-point cane in a general population unit so he was placed back in segregation.

He claims his confinement in a small cell in the infirmary gave him no opportunity to use the walker and continue his recovery. “You have a stroke, you need to exercise your muscles and get that strength back,” he said.

“My left leg is still weak and I can’t move my ankle at all,” Tafari said. He said he was told that he could be moved within two weeks if he cut his hair.

He said he did so last month and was transferred nine days later back to Deerfield, where many infirm and elderly inmates are held.

Janet B. Taylor, a Rastafarian who lives in Richmond, has stayed in touch with several inmates refusing to cut their hair over the years, including Tafari.

“He really did fear for his life,” she said Friday. After all Tafari has gone through keep his hair, Taylor said, “I’m really sorry to hear he felt compelled to get it trimmed.”

Reached by telephone at Deerfield this week, Tafari said he felt he had no choice: “I had to cut my hair. … Once I complied they shipped me here.”

Tafari and a handful of other Rastafarian inmates had long opposed the Virginia Department of Corrections grooming policy, claiming it was against their religion.

The grooming policy requires that male inmates’ hair be cut above the shirt collar and around the ears. The department said the policy was enacted for health and safety reasons, and it has withstood court challenges.

Inmates who refused to comply were placed in segregation cells — at least eight of them for more than 10 years — and lost many privileges. Followers of the Rastafari movement let their hair grow in dreadlocks and let their beards grow.

However, corrections officials said that as of November 2010, of the 300 Rastafarians in the state system, only 13 were out of compliance. It was then the department established a special unit for the inmates so they would no longer be in segregation.

The department said the unit, called Grooming Standards Violator Housing Unit, is now at Wallens Ridge and Tafari was a participant.

Larry Traylor, a department spokesman, said because Wallens Ridge is a high-security facility, it does not allow the use of canes, only walkers. Deerfield has a lower security level and allows canes.

“Deerfield is specifically designed to accommodate geriatric and assisted-living inmates with special medical and mobility needs,” he said.

Tafari said that on Sept. 16 at Wallens Ridge he was struck from behind and knocked unconscious by another inmate. He did not see his assailant but the inmate was charged based on video surveillance, he said.

“I turned my back and he attacked me,” alleged Tafari. “To this day I don’t know why this guy (hit) me,” he said.

The inmate charged with the assault, Angelo D. Perry, remains at Wallens Ridge and is to be tried for malicious wounding later this month. Perry, 33, was also set to be released next year but faces up to 20 additional years if convicted.

Tafari said Perry’s friends and other inmates were pressuring him to ask authorities not to prosecute Perry.

Both men are from Virginia Beach. Perry netted 15 years for 2001 convictions for malicious wounding, assault and battery against a law enforcement officer and drug and firearm offenses. Tafari was sentenced to 20 years in 1996 for possession of cocaine.

Traylor said Tafari was first taken to the Lonesome Pine Hospital in Big Stone Gap and then transferred to Roanoke Memorial hospital by ambulance. He was then transferred to the Deerfield Correctional Center on Sept. 21 and back to Wallens Ridge on May 5.

Tafari said he received physical therapy at Deerfield before he was sent back to Wallens Ridge.

He was given the four-point walker and a foot brace at Deerfield but when he was transferred back to Wallens Ridge the devices were taken away from him and he was given a wheelchair to use.

Tafari said the haircut, done by an inmate barber, has left him deeply depressed. He said he likely will not start growing his hair again until he is released in October 2014.

Police in Virginia are investigating vandalism at a pregnancy center that discourages women from having an abortion. Lynchburg Police on Saturday said the Blue Ridge Pregnancy Center was spray painted with graffiti. The words “If abortion ain’t safe, you ain’t safe” were written on a walkway. Several windows were also broken. Police say security footage shows four masked individuals committing the vandalism early Saturday morning. In a tweet, Virginia Gov. Glenn Youngkin, a Republican, said Virginia State Police are available to assist in the investigation and called the vandalism unacceptable. Youngkin said Friday after the Supreme Court overturned the Roe v. Wade ruling protecting abortion rights that he hopes to outlaw abortion in most cases after 15 weeks.

Youngkin said he will seek legislation on abortion

Virginia Gov. Glenn Youngkin said Friday that he will seek legislation to ban most abortions after 15 weeks of pregnancy in comments shortly after the U.S. Supreme Court overturned Roe v. Wade. The Republican told The Washington Post he has asked four Republican lawmakers to draft the legislation. He told the Post that although he favors banning most abortions after 15 weeks, a cutoff at 20 weeks might be necessary to build consensus in the divided Virginia legislature. He reiterated his support for exceptions in cases of rape, incest or when the life of the mother is at risk. In a statement, he said he’s asked for legislation to be introduced when the General Assembly convenes in January.

Police say a Virginia toddler left in a vehicle for hours died and his father was found dead in an apparent suicide at their home. Chesterfield County Police say the department received a call late Tuesday morning reporting that an 18-month-old boy may have been left in a vehicle for several hours. Police soon received information indicating the child’s father was at his home and was making suicidal statements. A news release says officers responding to the location found the child dead inside the house and the man dead of an apparent self-inflicted gunshot wound in the woods behind the home. 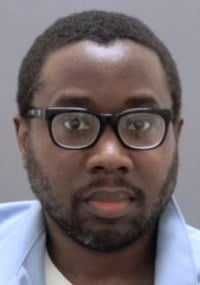