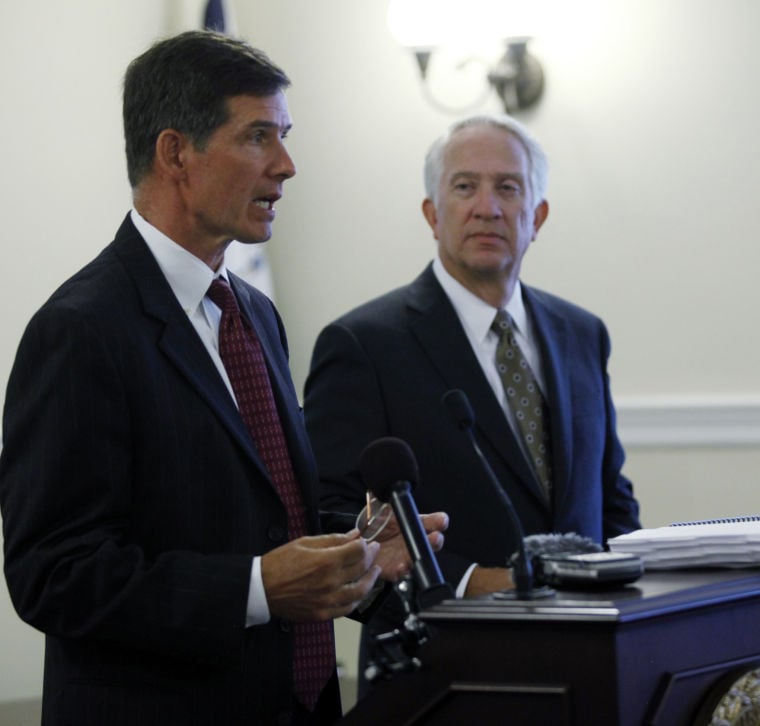 speaks during a press conference at the State Capitol in Richmond, VA Thursday, Sept. 5, 2013. On the right is former Virginia Attorney General Mark L. Earley. 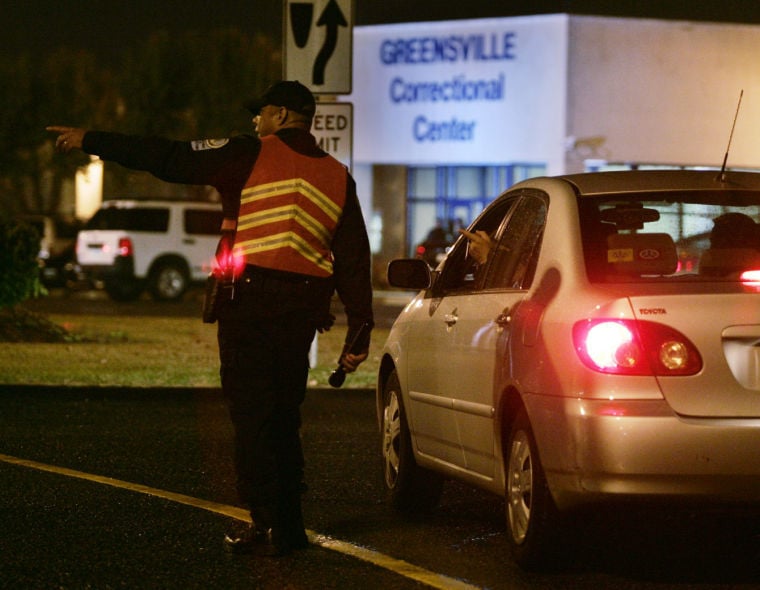 Executions in Virginia are carried out at Greensville Correctional Center.

A review of Virginia’s death penalty aimed at improving fairness and accuracy calls for safeguards in the use of suspect lineups and more access by defense lawyers to information to help them prepare cases.

The recommendations are among more than a dozen in the two-year effort sponsored by the American Bar Association’s Death Penalty Assessment Project that since 2003 has studied and reported on the death penalty in 10 other states.

“If you’re going to have a death penalty, I think everyone would agree we have to get it right,” Mark L. Earley, a former Virginia attorney general and member of the Virginia Death Penalty Assessment Team, said Thursday.

“It was really a project that (considers) this: If a state is going to have the death penalty, how can we be sure it has integrity and that it is accurate and fair in all respects,” he added.

A top-priority change urged by the study is to require law enforcement agencies to adopt the Virginia Department of Criminal Justice Services’ model eyewitness identification policy for suspect photo and live lineups.

Although the model policy was released in 2011, a recent survey by the University of Virginia Law School found few police departments had adopted it.

“That’s a significant problem,” said John Douglass, a former federal prosecutor and former dean of the University of Richmond Law School, where he still teaches. Douglass was the chair of the assessment team.

According to the Virginia Department of Corrections, Virginia has executed 110 killers — 31 by electrocution and 79 by injection — since the U.S. Supreme Court allowed capital punishment to resume in 1976.

The toll is second nationally only to Texas, which has executed 503. But in Virginia three out of four persons sentenced to death since 1976 have been executed — a higher rate than even in Texas, which has carried out roughly half its death sentences.

The ABA study complimented Virginia on improvements, including the accreditation of the Virginia Department of Forensic Science’s four laboratories and the state medical examiner’s office as well as the certification of their employees.

Among the recommendations for improvement, however, was requiring law enforcement agencies to electronically record suspect interrogations and confessions. A recent survey found only nine Virginia police agencies record a majority of their interrogations.

The team also recommends that in capital murder cases the Virginia Supreme Court require prosecutors to disclose the identity and any prior statements of testifying witnesses to allow the defense adequate preparation time.

Virginia’s pre-trial discovery rules providing the defense with information to prepare its case are more restrictive than in other states, the team concluded. A defendant in a death case could go to trial without knowing who will testify against them.

Despite prosecutors’ efforts to act in good faith, the current discovery rules make violations more likely, says the study. Two Virginia capital murder cases have recently been reversed because the defense was not provided required information.

Virginia’s post-conviction appeals process emphasizes the finality of convictions over fairness by limiting opportunities for evidentiary hearings, the report said.

Other recommendations include giving the trial court the first jurisdiction in civil challenges to death sentences and increasing the amount of time for death row inmates to file appeals.

The assessment team also included Richmond Commonwealth’s Attorney Michael Herring, who won a death sentence against Ricky Gray; and Craig Cooley, a Richmond lawyer who has represented clients in 70 capital murder trials including Lee Boyd Malvo, one of the two so-called Beltway snipers.

Douglass said, “It is our hope we will have some interest from legislators, folks in the attorney general and governor’s office and places like that and that we can move forward with some reform.”

“We also felt that in order for our recommendations to have a life and for there to be a significant chance that change would actually come about that we wanted to make suggestions that we felt politically, judicially, legally were attainable,” said Douglass.

A spokesman for Virginia Attorney General Ken Cuccinelli said Thursday that, “We just received the report yesterday and have not had the opportunity to review it.”

Stephen Northup, executive director of Virginians for Alternatives to the Death Penalty, said, “Overall I commend them for doing a good job.” Northup agreed that “discovery is a huge problem.”

However, he said that rather than expanding what defense lawyers are able to see in prosecutors’ files, there should be a full open file policy. Until that happens, he said, “You’re going to have problems ranging from good-faith mistakes to cheating.”

Claire Guthrie Gastañaga, executive director of the ACLU of Virginia, said that an ACLU study 10 years ago found a number of “serious flaws in the administration of the death penalty in Virginia.”

“Unfortunately, as the ABA report demonstrates, many of these same flaws continue to plague our capital punishment system. … We urge the General Assembly, Supreme Court of Virginia, and all other relevant government entities to take the steps needed to address the problems,” she said.

Read the executive summary of the study of Virginia's death penalty undertaken by the Virginia Death Penalty Assessment Team.

Virginia Assessment on the Death Penalty

speaks during a press conference at the State Capitol in Richmond, VA Thursday, Sept. 5, 2013. On the right is former Virginia Attorney General Mark L. Earley.

Executions in Virginia are carried out at Greensville Correctional Center.