'I literally cry every day': Virginia parents fear what the formula shortage will mean for their babies 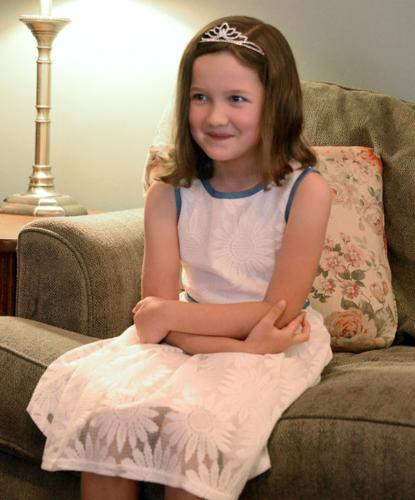 Princess Emily Heaton smiles as she talks about her father's birthday present to her. 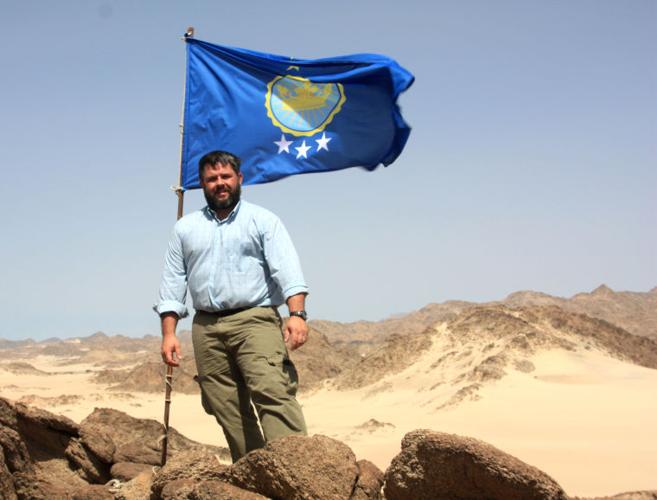 ABINGDON — A Southwest Virginia man claimed a kingdom so his daughter could be a princess.

Jeremiah Heaton, who has three children, recently trekked across the Egyptian desert to a small, mountainous region between Egypt and Sudan called Bir Tawil.

The area, about 800 square miles, is claimed by neither Sudan nor Egypt, the result of land disputes dating back more than 100 years. Since then, there have been several online claimants to the property, but Heaton believes his physical journey to the site, where he planted a flag designed by his children, means he rightfully can claim it.

And call his 7-year-old daughter Princess Emily, the fulfillment of a promise he made months earlier.

“Over the winter, Emily and I were playing, and she has a fixation on princesses. She asked me, in all seriousness, if she’d be a real princess someday,” Heaton said. “And I said she would.”

He said he started researching what it would take for him to become a king, so Emily could be a princess.

As it turns out, Bir Tawil is among the last pieces of unclaimed land on earth.

Heaton, who works in the mining industry and unsuccessfully ran for Congress in 2012, received permission from the Egyptian government to travel through the country to the Bir Tawil region.

In June, he took the 14-hour caravan journey through the desert, in time to plant the flag of the Heaton kingdom — blue with the seal and stars representing members of the family — in Bir Tawil soil.

When Heaton got home, he and his wife, Kelly, got their daughter a princess crown and asked family members to address her as Princess Emily.

She added that as princess she wants to make sure children in the region have food.

“That’s definitely a concern in that part of the world,” Heaton said. “We discussed what we could do as a nation to help.”

Heaton named the land the Kingdom of North Sudan, after consulting with his children.

“I do intend to pursue formal recognition with African nations,” Heaton said, adding that getting Sudan and Egypt to recognize the kingdom would be the first step.

That’s basically what will have to happen for Heaton to have any legal claim to sovereignty, said Sheila Carapico, professor of political science and international studies at the University of Richmond.

She said it’s not plausible for someone to plant a flag and say they have political control over the land without legal recognition from neighboring countries, the United Nations or other groups. In addition, she said, it’s not known whether people have ownership of the land, regardless of whether the property is part of a political nation.

“I feel confident in the claim we’ve made,” Heaton said. “That’s the exact same process that has been done for thousands of years. The exception is this nation was claimed for love.”

Heaton said his children, Emily, Justin and Caleb, will be the drivers for what happens with the new nation.

“If we can turn North Sudan into an agricultural hub for the area ... a lot of technology has gone into agriculture and water,” he said. “These are the things (the kids) are concerned with.”

Heaton has ordered letterhead with the country’s seal and one of his sons created a serving tray at camp with the flag on it.

“They are really getting into the idea,” Heaton said of his children. “I think the idea of a nation with a clear purpose of helping other people ... I think that’ll be well-received and we’ll get recognition from other nations to partner with.”

But the main intent, he said, was to show his daughter that he would follow through on the promise he made.

“I think there’s a lot of love in the world,” Heaton said. “I want my children to know I will do absolutely anything for them.”

ABINGDON, Va. -- The attention Princess Emily Heaton has gotten in the past five days doesn't seem to have fazed her much.

Princess Emily Heaton smiles as she talks about her father's birthday present to her.