Schapiro: McAuliffe learns his job the hard way
0 Comments
Share this
1 of 2 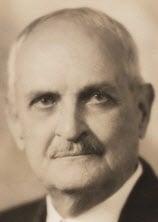 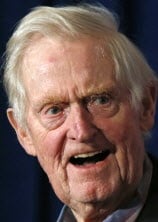 Bill Howell won’t be in his usual spot today, at the dais in the House of Delegates, presiding over that restless body with his outsized gavel, clever one-liners and occasional glare. The Republican speaker is recovering at Virginia Commonwealth University Medical Center from hip replacement surgery.

Like 103 other legislators, Howell has gold-plated health insurance — supplied by the people of Virginia, more than 1 million of whom go without.

It’s a point that even Republicans say could be ammunition for Terry McAuliffe in his so-far unsuccessful struggle to bring the state in compliance with Obamacare. Some Republicans are confounded that the governor rarely mentions the full-time perk that part-time lawmakers enjoy.

Shame can be a powerful motivator, perhaps more than McAuliffe’s economic argument for a Medicaid-financed scheme to provide health care for 400,000 people: that it will stabilize hospitals and free dollars for other programs. It’s a claim that steels the resistance of the GOP-dominated House.

One hundred days into his term — the 100th was this past Sunday, but McAuliffe symbolically observed it Monday in a smile-punctuated speech to agency heads that was essentially a pep rally — the Democrat depicted his administration as a productive work in progress, one that puts people ahead of politics.

Politics demand such theater because politics increasingly is entertainment, an alternative to whatever else is streaming on the screen. This requires reducing complicated policy to easy-to-digest tidbits; to occasionally take license with the facts. That’s never been a problem for the hyperbolic McAuliffe.

If McAuliffe’s little show the other day did anything, it spotlighted how difficult it is to govern if you’ve never done it. McAuliffe isn’t the first Virginia governor to have not held elective office.

Learning the job of governor is hard; learning it in this bilious environment can be exasperating. McAuliffe is attempting both several ways: with Cabinet and agency holdovers from the Bob McDonnell administration; by claiming Republican McDonnell’s nonpartisan jobs theme as his own; through tailored stances on selective issues.

House Republicans initially were cheered by the reappointments of secretaries Ric Brown and Bill Hazel, at Finance and Health and Human Resources, respectively. It signaled a continuum; that adults were in charge of the public’s money and the services that are burning through most of it.

What House Republicans can’t abide is that Brown and Hazel — because they’re government professionals — are doing McAuliffe’s bidding on health care. This intensifies philosophical differences between the House and the governor. And it’s compounded by flare-ups of personal friction.

But McAuliffe and his Republican adversaries are products of parallel universes.

As governor, McAuliffe is elected by a vote of the entire state. And while his support is strongest in the urban-suburban crescent, he won votes across Virginia. GOP delegates are elected in made-to-order districts that maximize the influence of conservative activists who do not reflect Virginia as a whole.

It’s surprising that McAuliffe, in pressing to close the health coverage gap, hasn’t done more to illustrate the accountability gap. Business is standing with McAuliffe on Medicaid-for-Obamacare. But business won’t stand up to House Republicans, fearing retaliation.

Maybe that’s why Barry DuVal, president of the Virginia Chamber of Commerce, appeared to cave. He supports McAuliffe on health care, but — in a perceived sop to Republicans that some attribute to gubernatorial ambitions — not if it comes at the expense of failing to enact a budget by the June 30 deadline.

Because institutional and individual relationships are strained, productivity at the state Capitol is minimal. McAuliffe is undeterred. By saying little about whatever is inching through the legislative pipeline, McAuliffe can embrace Republican ideas when it suits his purposes — for example, if they complement his professed commitments to economic development and government efficiency.

Victory has a thousand fathers. Most of them are Republicans; one is a Democrat.

The first bill McAuliffe introduced as governor — it would pass — jump-started the financing of a proposed shopping center in Bristol that the benighted city envisions as a job generator. An earlier version ran afoul of Senate Democrats.

McAuliffe also signed into law Republican legislation reshuffling the responsibilities of two Cabinet secretaries — public safety and homeland preparedness. It emerged from a study underway before McAuliffe was elected.

For a sharp-elbowed partisan who practiced politics at the highest levels — as head of the Democratic National Committee and as chairman of President Bill Clinton’s 1996 re-election campaign and Hillary Clinton’s unsuccessful candidacy in 2008 — McAuliffe has yet to master its provincial iteration.

Maybe he’s willing to have his head handed to him time and again — not because he relishes losing, but because he’s perfecting the record, reminding the public he wants to work with the other side; that he’s prepared to compromise.

Maybe, on health care, he keeps groping for common ground with the House, giving up at the last minute to keep Virginia from going over the fiscal cliff and — consistent with his on-stage persona — to attempt the dramatic: a health care fix by executive fiat that could toss the whole mess to the Virginia Supreme Court.

Republicans are anticipating it. The lawyers can’t wait.

Contact Jeff E. Schapiro at (804) 649-6814. His column appears Wednesday and Sunday. Watch his video column Thursday on TimesDispatch.com. Follow him on Twitter.com/ @RTDSchapiro. Listen to his analysis 8:33 a.m. Friday on WCVE (88.9 FM).