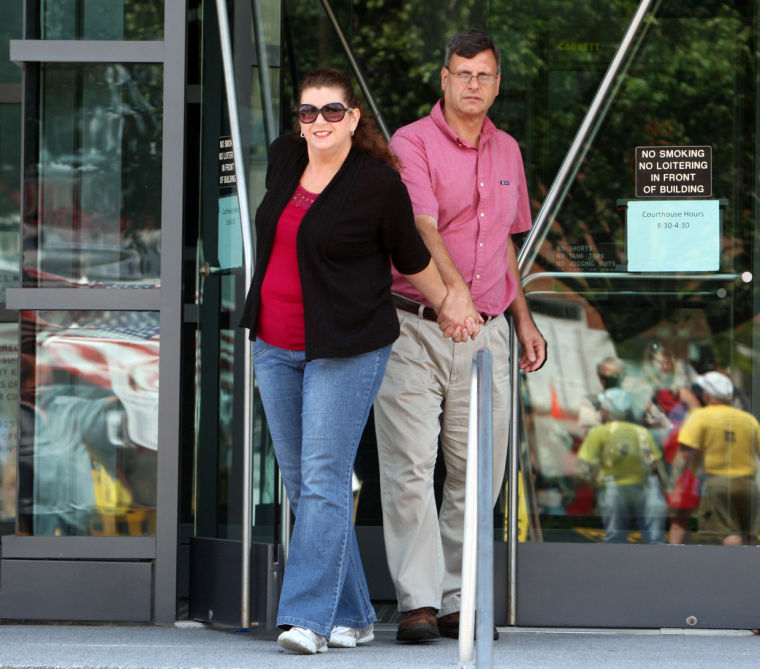 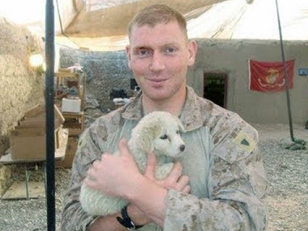 Brandon J. Raub has been released from the Salem Veterans Affairs hospital and is on his way to see his family, officials from the Rutherford Institute said this afternoon.

Mental assessment records of Brandon J. Raub describe his as delusional and paranoid in the days before he was transferred to a Veterans Affairs hospital in Salem.

"Client believes that 911 was a conspiracy caused by the U.S.," an assessment of Raub filled out by a Chesterfiled County crisis worker states.

The crisis employee saw Raub on Aug. 16 after he was picked up by Chesterfield police and transferred under an emergency custody order to John Randolph Medical Center in Hopewell.

"Client met with the FBI and Secret Service to explain recent posts on Facebook.  Client's friends reported client to the FBI for posting extreme conspiracy theories and threats to President Bush. This counselor asked client about why the authorities were involved and he stated because they know I am on to something."

The comments are part of court files considered earlier today in Hopewell Circuit Court after which Raub was ordered released from the hospital in Salem by a circuit court judge who concluded that an involuntary commitment petition against Raub was "devoid of any factual allegations."

A special justice Monday ordered Raub to undergo a 30-day hospital stay after finding him a threat to others and suffering from a mental illness.

But the document ordering Raub's admission was flawed in that none of the criteria for involuntary admission was noted, Circuit Judge W. Allan Sharett ruled today.

Sharrett likened the petition to an arrest warrant that lists the defendant and arresting officer but fails to state what infraction is alleged.

Court documents, though, spell out multiple concerns about Raub's behavior and desribed him as agisted  and distracted.

There was no word about whether Raub had been released this afternoon from Salem, nor was it immediately clear whether mental health officials would seek to renew efforts to have Raub readmitted for treatment.

Raub's family and advocates with the Rutherford Institute in Charlottesville are arguing that Raub's right to free speech has been violated and that they intend to file a civil action against those who detained him and ordered him confined.

Raub's mother said today after a Hopewell Circuit Court hearing that she expects Raub to return home and that she has no fears that he is a danger to anyone.

"The petition is so devoid of any factual allegations that it could not be reasonably expected to give rise to a case or controversy," said the release order signed by the judge and sought by lawyers Anthony F. Troy and Brian D. Fowler.

Sharrett said that he was shocked by the failure of a magistrate to not include in the order any grounds for holding Raub, a Chesterfield resident who was transferred from John Randolph Hospital in Hopewell to the Salem Veterans Affairs Medical Center.

Cathleen Thomas, Raub's mother, said after the hearing that as soon as an order is entered by the court, she will head to Salem to get her son.

"This is phenomenal." she said. "This could have happened to anyone. We're not about allowing wrongs like this to take place.

"This has never been about anything but freedom of speech.... We're going to continue to post on Facebook."

Thomas said her son is a "true patriot" who gave up military benefits for a back injury so the money could go to another veteran.

Raub, 26, who served in Iraq and Afghanistan, was taken into custody last Thursday after the Secret Service, FBI and Chesterfield Police arrived at his North Chesterfield home. An FBI spokesperson said the agency had received inquiries from people concerned about the nature of postings Raub had made on his Facebook page.

Monday he was ordered to be detained for 30 days by a special justice who presides over commitment hearings.  Special Justice Walter Douglas Stokes also ordered Raub to be transferred from John Randolph to the VA Hospital in Salem, about 180 miles from his home and family.

The Rutherford Institute, a civil liberties organization based in Charlottesville, challenged Raub's confinement, arguing that he is mentally fit and has become the target of an overzealous, unauthorized police action.

In an interview Raub gave to a radio station from the Hopewell hospital, Raub sounded alert and clear-thinking, at one point urging the public to "educate yourself."

"Find and rediscover the ideas of liberty and freedom," he said "Those are the ideas that make us great as people."

No information has come forward regarding what medical personnel determined is Raub's clinical condition. Raub told the radio station that he talked with assessment personnel for about 25 minutes.  It was not clear if Raub was provided with legal counsel or given an opportunity to receive an assessment from a physician of his own choosing.

Facebook postings by Raub generally involved impassioned pleas for a return to American ideals of freedom and independence but also speak of betrayal by elected leaders.

"Your leaders are planning to merge the United States into a one-world banking system," he wrote.  "They want to put computer chips in you... these men have evil hearts.  They have tricked you into supporting corporate fascism. We gave them the keys to our country. We were not vigilant with our republic."

On Aug. 15, Raub posted that "the Revolution is here. And I will lead it."

He went on to say,  "I know many of you think I'm going crazy and are wondering just why I have been posting the things I have been posting," he wrote Aug. 11.  "I don't have the energy to explain.  Just know that a new beginning is coming."

Raub told The Times-Dispatch over the weekend that he served in the Marines from 2005 until 2011 and was a combat engineer sergeant.  He said he operates a home-based silver numismatic-coin business.

(This has been a breaking news update. Check back for more details as they become available. Read more in tomorrow's Richmond Times-Dispatch.)