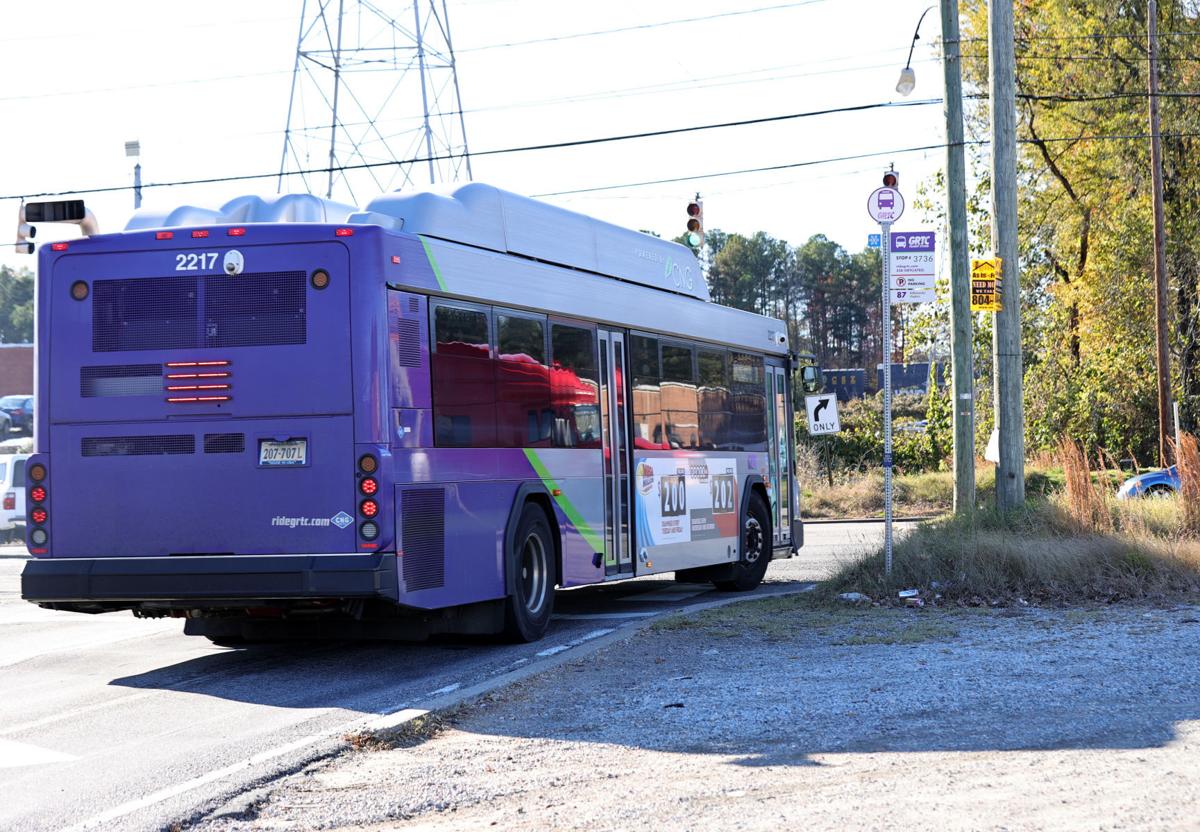 A GRTC bus stop on Bellemeade Road near U.S. Route 1 has limited access for people with certain disabilities. 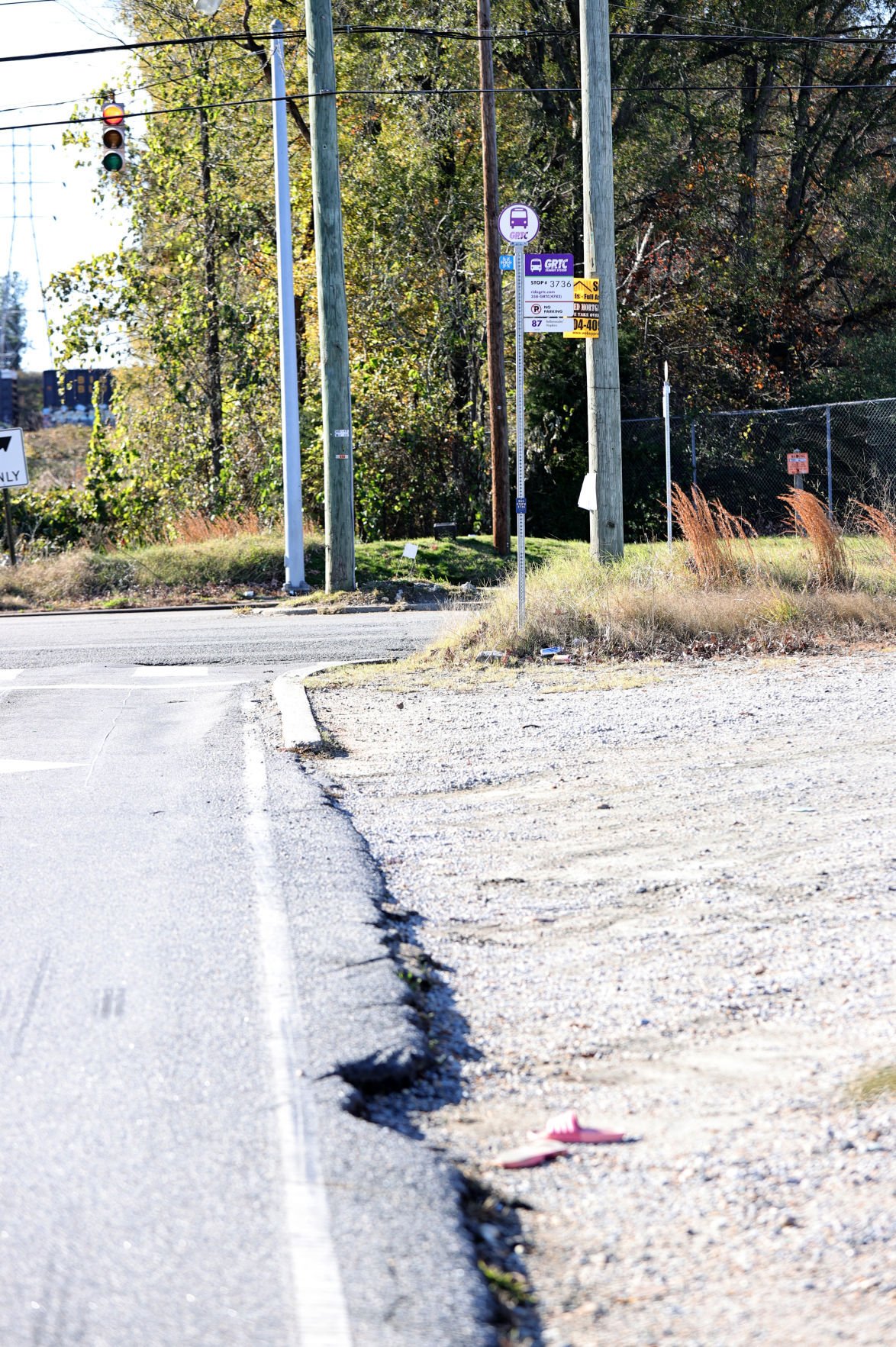 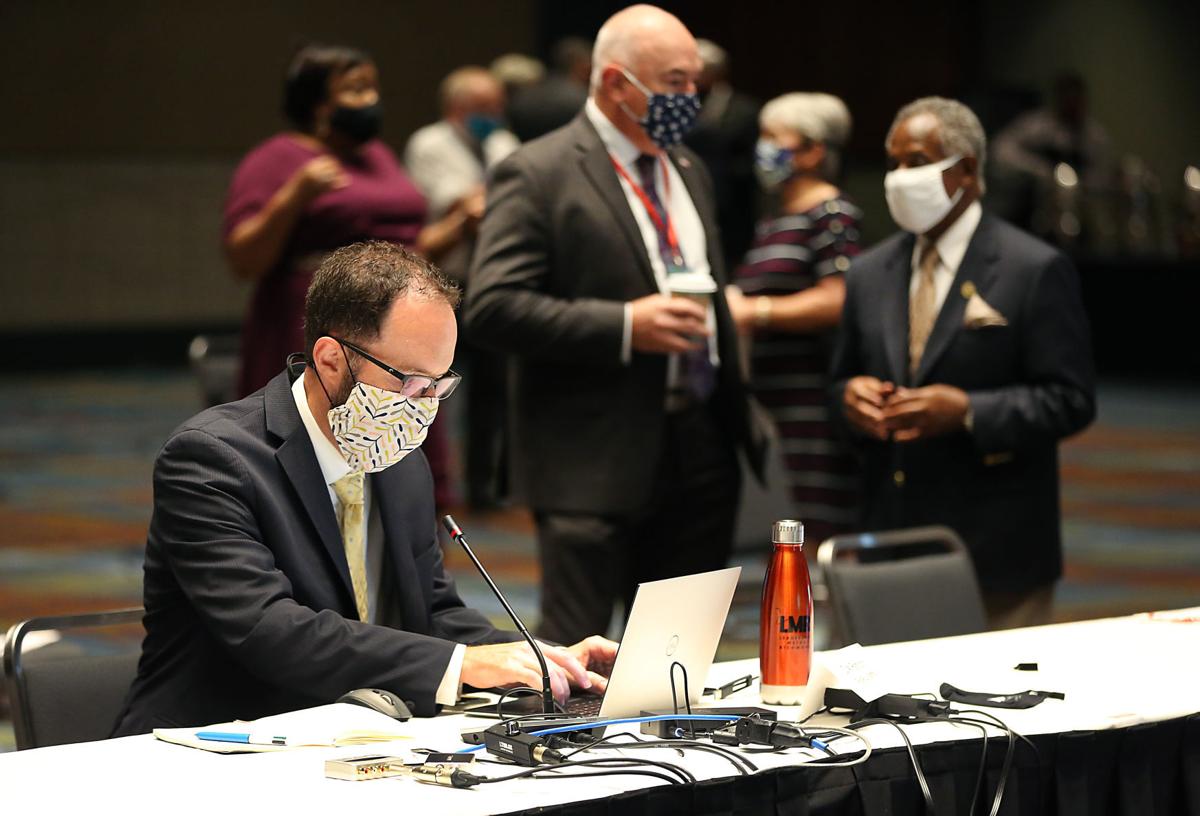 Chet Parsons prepares for the start of the Central Virginia Transportation Authority inaugural meeting at the Greater Richmond Convention Center in Richmond VA Thurs. Aug. 27, 2020. In back, Kevin Carroll from Chesterfield and Frank Thornton from Henrico talk.

With $137 million in new transit funding up for grabs across the Richmond region over the next year, a VCU graduate student is hoping to channel resources into improving the lives of people with disabilities.

Rebekah Cazares, a Wilder Fellow with PlanRVA, the region’s district planning commission, is conducting a study of how the built environment — roads, sidewalks, utility poles and bus stops — in Richmond and its surrounding counties can be improved to make travel less difficult for people with physical disabilities, such as those who are blind or use a wheelchair.

Cazares, an urban planning graduate student at the Wilder School of Government and Public Affairs, started thinking about transit accessibility after regularly seeing a man in an electric wheelchair traveling on the road during her commute to a previous internship at the Virginia Department of Corrections in Richmond.

The Virginia Commonwealth University student didn’t know the man but often worried about his safety because there were no sidewalks on the four-lane side road just off Midlothian Turnpike right before the Chesterfield County line.

He influenced her decision to focus on the Americans with Disabilities Act for a research paper last year. What she learned working on the project solidified her notion that more can be done to help people with physical disabilities.

“There are minimum requirements, but a lot of time people need more than that,” she said. “A lot of the time it’s not meeting the needs of community members in the area.”

Paratransit services, such as GRTC CARE and the Hanover DASH, provide on-demand transit service that can pick up people with disabilities from their homes, but only if they meet certain criteria.

Jeanette Gholson, a blind medical professional and chairwoman of the GRTC CARE Advisory Committee, uses paratransit, but she has friends with disabilities who use regular fixed-route buses.

She said one of those friends, who is visually impaired, raised concerns several years ago after having trouble navigating around a bus stop on Laburnum Avenue without a sidewalk.

“He didn’t feel safe,” she said, explaining that he brought it up with transit officials at the time. “They said they understood his concerns — but of course it was about money. It wasn’t a priority [for Henrico County] then.”

Cazares, a Richmond native who grew up in Kansas but returned to Virginia for college, said her project is rooted in the research paper she wrote last year.

The project, according to her proposal, will assess what transit planners refer to as “first mile, last mile” conditions in the region, essentially an assessment of whether there are enough sidewalks or paths in good condition from someone’s doorstep to the nearest transit stop.

Studies of those conditions are important in determining how efficient and accessible public transit is for passengers beyond boarding or getting off a bus or train.

While there are plenty of sidewalks downtown and in older city neighborhoods, there are other areas where they are damaged by overgrown trees or obstructed by old utility poles. There are also some areas with less consistent sidewalk coverage and high concentrations of people with disabilities, Cazares said.

In four census tracts along the Jefferson Davis Highway corridor that have predominantly Black or Hispanic residents, the rate of households that include a disabled person ranges from 18% to 24%, according to U.S. Census data cited in one of Cazares’ proposal papers.

The advent of the suburbs that started 70 years ago preceded the adoption of the Americans with Disabilities Act, which means old infrastructure and buildings do not have to comply with all of the federal law’s regulations in some cases. So redevelopment and new construction compel developers to improve accessibility and comply with ADA standards, all while public demand for better bicycle and pedestrian infrastructure becomes more common in suburban areas that are becoming more urbanized.

Chet Parsons, director of transportation at PlanRVA, said pedestrian travel for disabled people can be difficult outside of the city as well, as there are generally fewer sidewalks in older suburban neighborhoods and shopping centers.

“Henrico and Chesterfield don’t have as good coverage cause it’s been a car-dominated culture going back to the 1950s when the interstates were built,” Parsons said. “I think it’s a good thing for the region that we’re starting to see a shift.”

That’s where new funding from the Central Virginia Transit Authority could come into play.

As part of legislation that created the new regional authority, the state recently raised sales and fuels tax rates for localities in the region in order to pay for road and transit projects across the area.

Parsons said some of those funds could be used to build or improve sidewalks so that they can include ramps for wheelchairs or truncated domes — the dotted panels on some curbs that help guide blind people safely when crossing streets.

He said the work Cazares is doing with PlanRVA could help inform how local officials allocate that funding.

The study will examine different census tracts in each of the planning district’s localities: Richmond, the town of Ashland and the counties of Henrico, Hanover, Chesterfield, Goochland, New Kent, Powhatan and Charles City.

The survey will examine how many people with disabilities are in census tracts across the region. It will also look at other demographic data, such as age and race, as well as how many use public transit and don’t have a car.

“I think this is exactly what we love about working with VCU and having Wilder fellows,” Parsons said. “We can get great minds like Rebekah, and they are able to tap into our databases, resources and connections across the region to do great work.”

“Organizations like ours can then use this as a test case to ... see what works and what doesn’t, then adapt and apply it to a larger scale that we can address in our work with local elected officials,” he said.

Cazares said she hopes her work will help define what local officials determine is important when deciding how those funds are used.

“We need to keep planning for these people, because then we’re planning for everyone,” she said. “No one is immune to disability. It’s something we all can experience and should be treating as a group.”

A GRTC bus stop on Bellemeade Road near U.S. Route 1 has limited access for people with certain disabilities.

Chet Parsons prepares for the start of the Central Virginia Transportation Authority inaugural meeting at the Greater Richmond Convention Center in Richmond VA Thurs. Aug. 27, 2020. In back, Kevin Carroll from Chesterfield and Frank Thornton from Henrico talk. 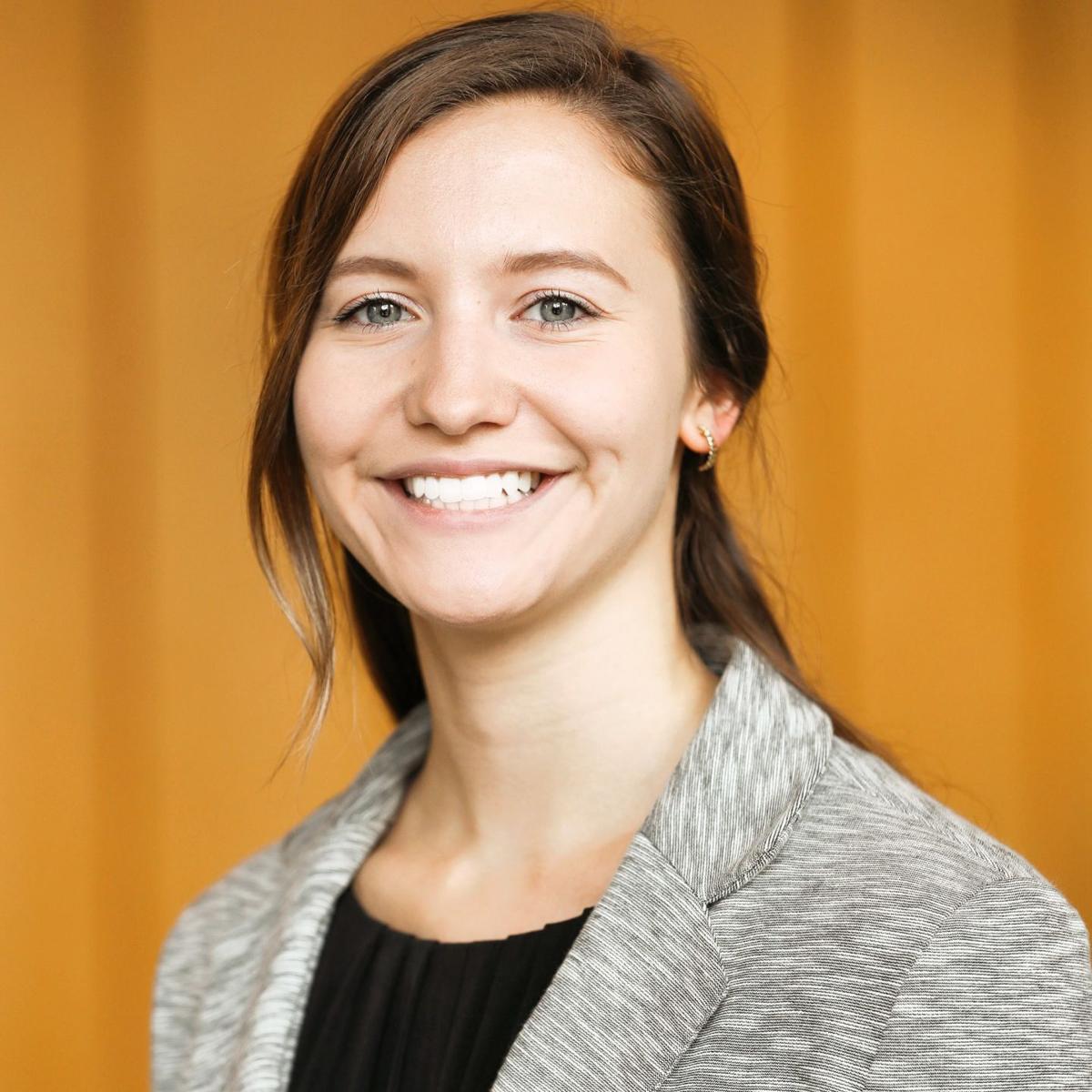