Northam declares state of emergency, imposes temporary gun ban for Capitol Square ahead of large rally
0 Comments
Share this
1 of 3 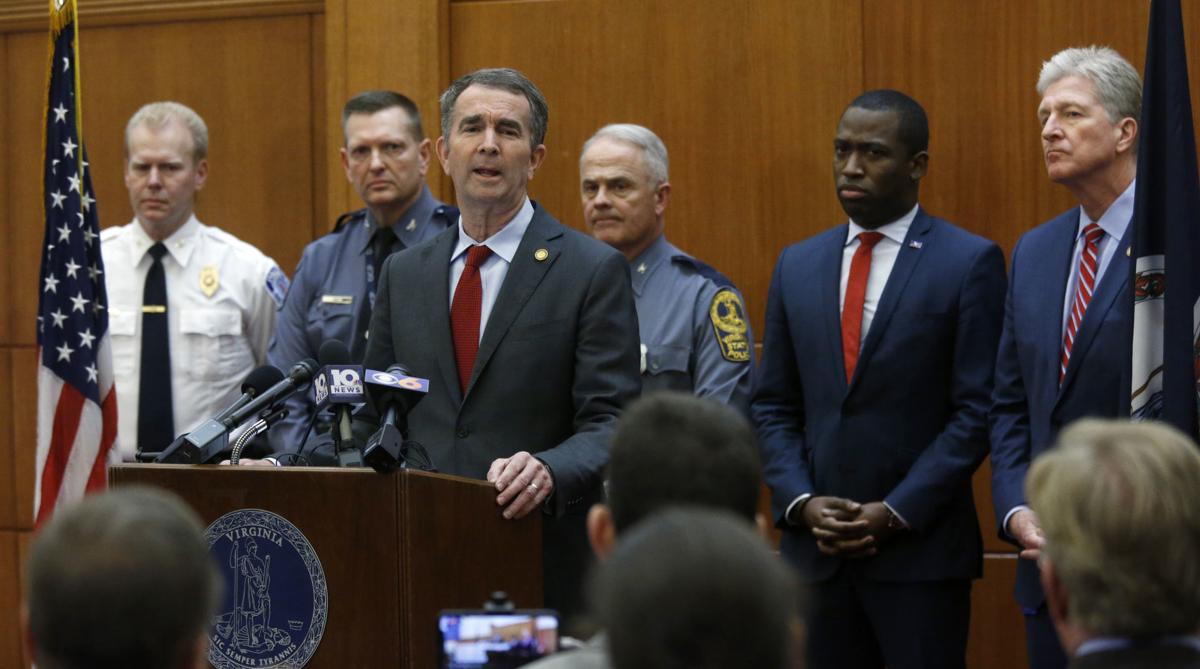 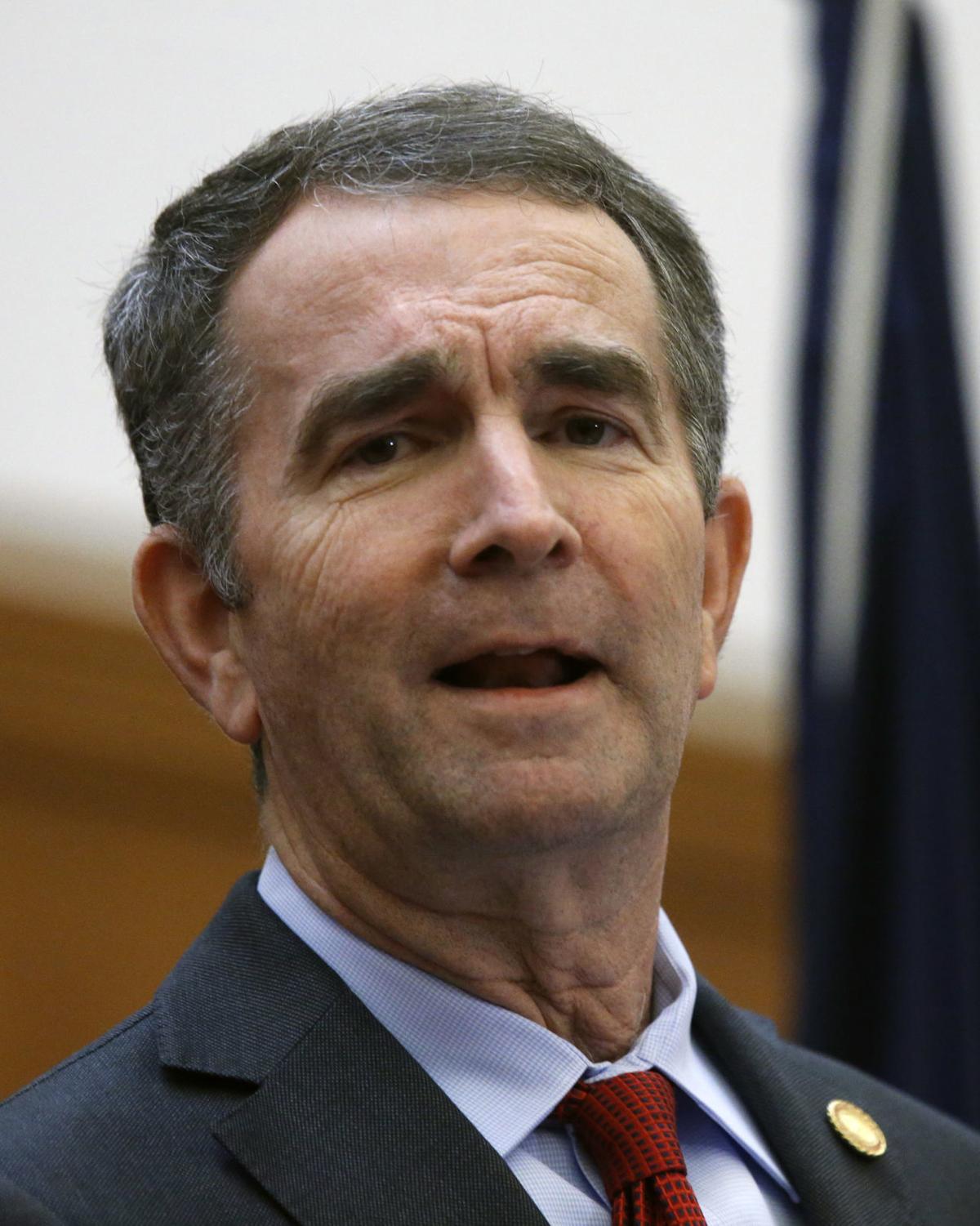 Gov. Ralph Northam on Wednesday declared a state of emergency in Richmond ahead of a rally Monday that is expected to bring thousands of Second Amendment activists to Richmond.

The state of emergency will be enforced Friday evening to Tuesday evening. It includes a firearms ban on Capitol Square, as well as a general ban on weapons that includes bats and knives.

Northam cited safety threats “similar to what has been seen before other major events such as Charlottesville,” a reference to the deadly Unite the Right rally in August 2017 in which white nationalists clashed with counterprotesters and one woman was killed and more than 30 people were injured in a car attack.

Monday’s rally is being organized by the Virginia Citizens Defense League, which says it expects as many as 50,000 people to arrive on the steps of the Capitol to protest gun control legislation Democratic lawmakers are proposing.

VCDL President Philip Van Cleave said in an interview Wednesday that he has encouraged peaceful demonstrations by rally participants. At the same time, he said the group plans to challenge Northam’s decision, which he believes goes beyond the governor’s legal authority.

“We believe it is illegal what he is doing,” Van Cleave said. “At this point, we’re going to try to take the governor to court. So it may mean guns aren’t banned on Monday.”

“The rally is going on no matter what.”

Senate Republican leaders echoed similar concerns about Northam’s authority in a statement Wednesday, also arguing that his decision “may be serving to heighten rather than assuage tensions.”

Northam’s announcement follows a ban on firearms by House and Senate Democratic leaders inside the Capitol and the Pocahontas Building, where lawmakers conduct most of their business. Republican leaders opposed that move as well.

“While we are grateful for the precautions taken by law enforcement, the governor’s actions will unfortunately impede the ability of people to exercise not only their Second Amendment rights, but their First Amendment rights as well,” he said in a statement.

Northam’s decision received the support of the ACLU of Virginia.

“The ACLU-VA believes that the governor, Capitol Police, and Virginia State Police are well within their existing statutory and constitutional authority to prohibit people participating in demonstrations on state property, including Capitol Square grounds, from carrying weapons,” Executive Director Claire Gastañaga said.

On Monday, law enforcement agencies will limit entry into Capitol Square to a single entrance at the intersection of Grace Street and North Ninth Street. Anyone entering will be subjected to a security check that will include metal detectors.

Those found with banned items will be turned away, law enforcement officials said.

Pike said visitors to the Capitol should expect to see temporary fencing and other security measures throughout Capitol Square. They should also expect some road closures around the Capitol, including sections of East Main Street and North 9th Street.

“If on Monday you plan to visit your legislators for lobbying purposes, we ask that you be patient and expect lines at our access points,” Pike said.

Tensions around gun control in Virginia have been running high since Democrats took control of both legislative chambers, vowing to finally enact many of the gun control proposals that Republicans had rejected for decades.

More than 100 counties, cities and towns around the state have declared themselves “Second Amendment sanctuaries” at crowded public meetings where residents said they feared state officials would try to remove their guns.

Meanwhile, state law enforcement officials and the VCDL say “outside groups” with violent intent began to make plans to join in on the VCDL’s rally, an event that has gone on for years on the legislature’s traditional lobby day. It coincides with the holiday to honor Martin Luther King Jr. because many Virginians are off work and have the opportunity to petition lawmakers on a variety of causes.

As part of lobby day, advocates for gun violence prevention will hold their 28th annual vigil Monday at the Capitol. The group will meet with legislators and gather at the Bell Tower at 2 p.m. to remember victims of gun violence.

In an email to rally participants sent Tuesday, the VCDL encouraged peaceful demonstrations.

“We cannot stress enough that this is a peaceful day to address our legislature,” the email reads. “The eyes of the nation and the world are on Virginia and VCDL right now and we must show them that gun owners are not the problem. Lead by example.”

The group told protesters planning to go inside legislative buildings to leave their guns at home or in their hotels. But, it also encouraged unarmed protesters to travel with an armed “designated defender” that will wait outside the buildings for them.

The group has not yet updated its directive.

Notably, the National Rifle Association, which like the VCDL advocates broadly against gun control measures, distanced itself from Monday’s event. The group told its supporters to instead gather at the Capitol on Jan. 13 for a separate lobby day that resulted in a few hundred activists peacefully protesting outside a Senate committee hearing that took up four gun control proposals.

“The day passed without incident,” Northam said of the Jan. 13 event. “I thank the NRA for hosting a peaceful event. Now, I call on [VCDL] and its members to follow the NRA’s example, and make your event a peaceful display too, as you have done in the past.”

Northam added that he believed the VCDL “may have unleashed something much larger, something they may not be able to control.”

“Excuse me, the governor caused all of this stuff,” Van Cleave said. “This is on him, not on us. All of these people are stirred up because of what he is doing, trying to remove guns from law-abiding citizens.”

Citing the “extraordinary” nature of an injunction, the “weighty issues” involved and a lack of sufficient information, the Virginia Supreme C…