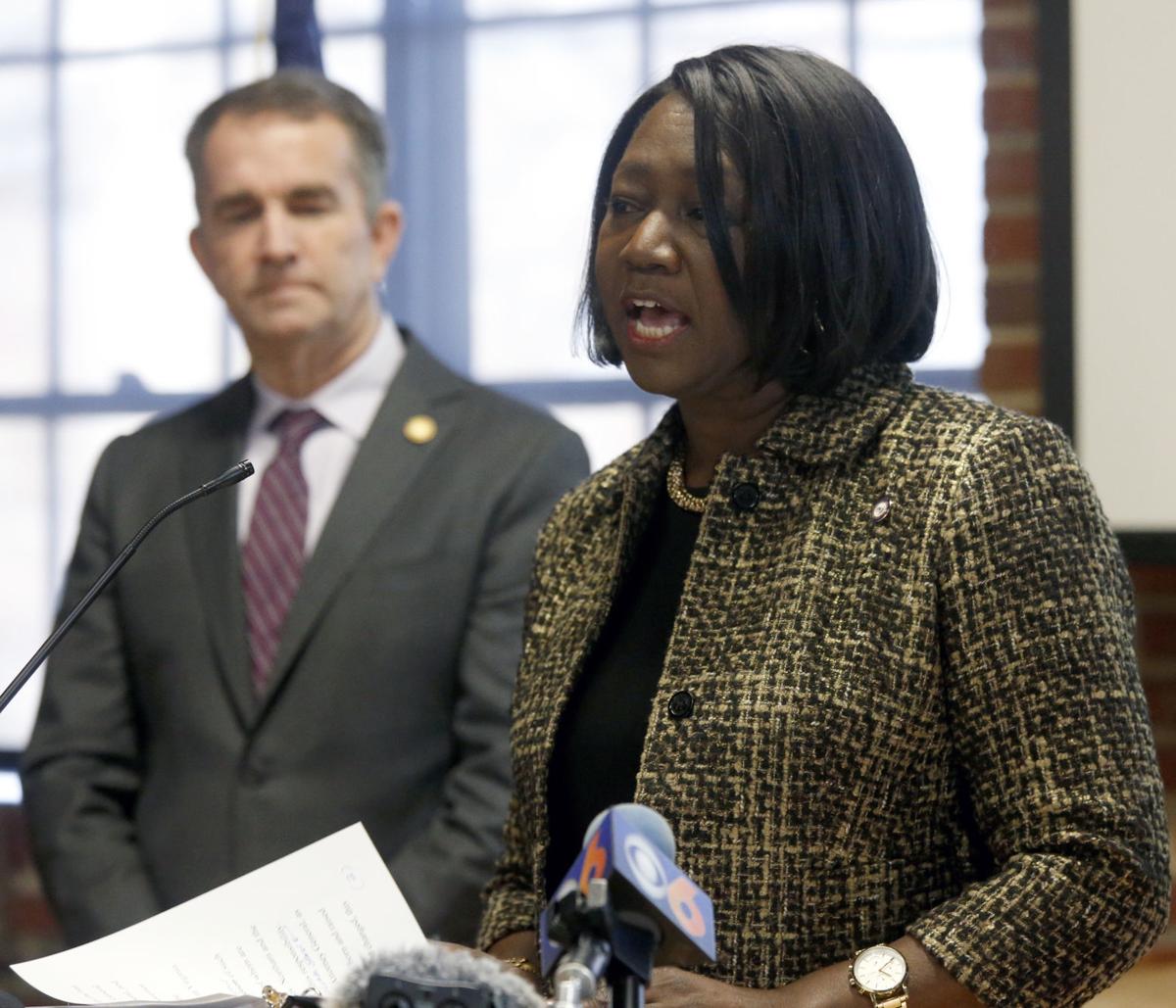 Northam stands by as Cynthia Hudson, chairwoman of the commission and chief deputy attorney general, speaks. 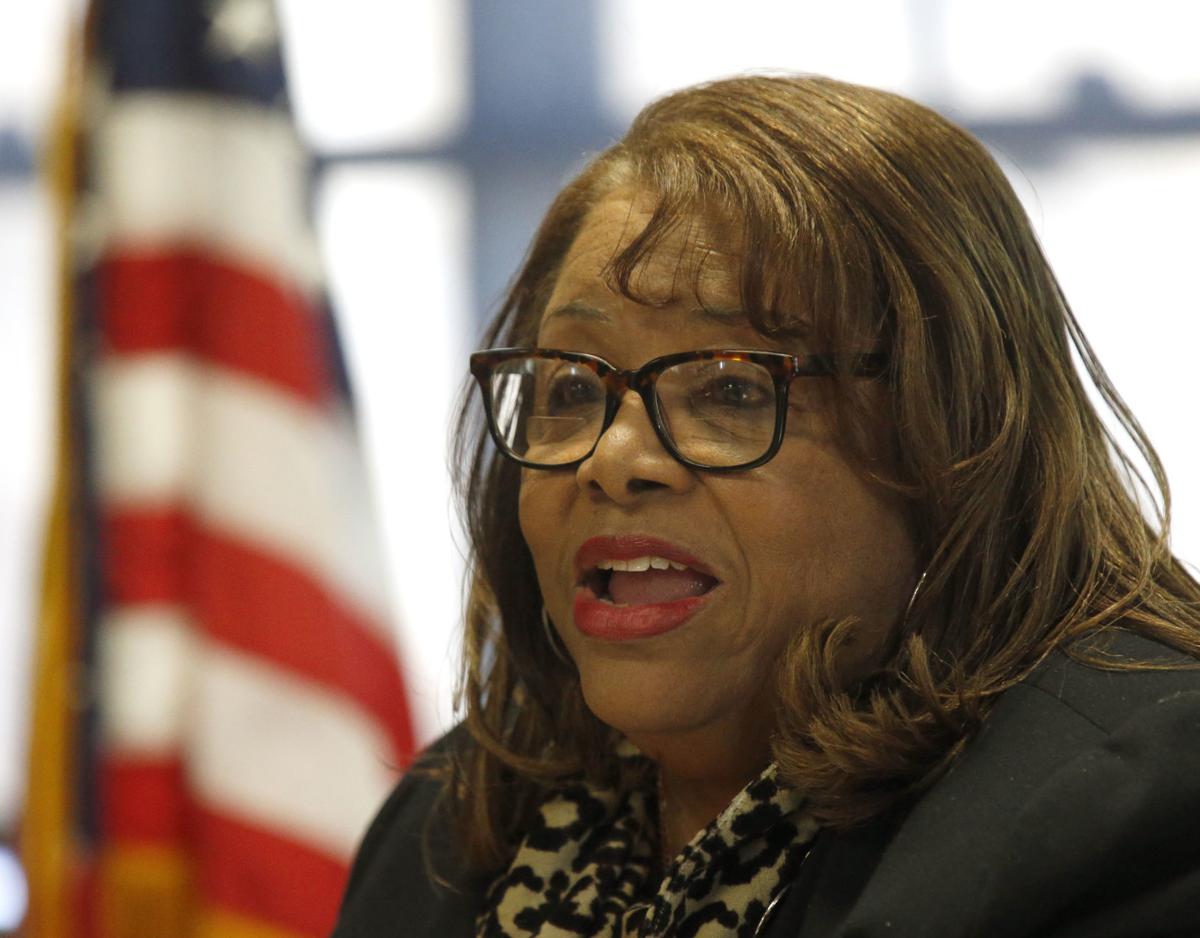 Elizabeth Johnson Rice, one of the original "Richmond 34" civil rights protesters, speaks after the report from The Commission to Examine Racial Enequity in Virginia Law was presented to the governor in Richmond, VA Thursday, Dec. 5, 2019. 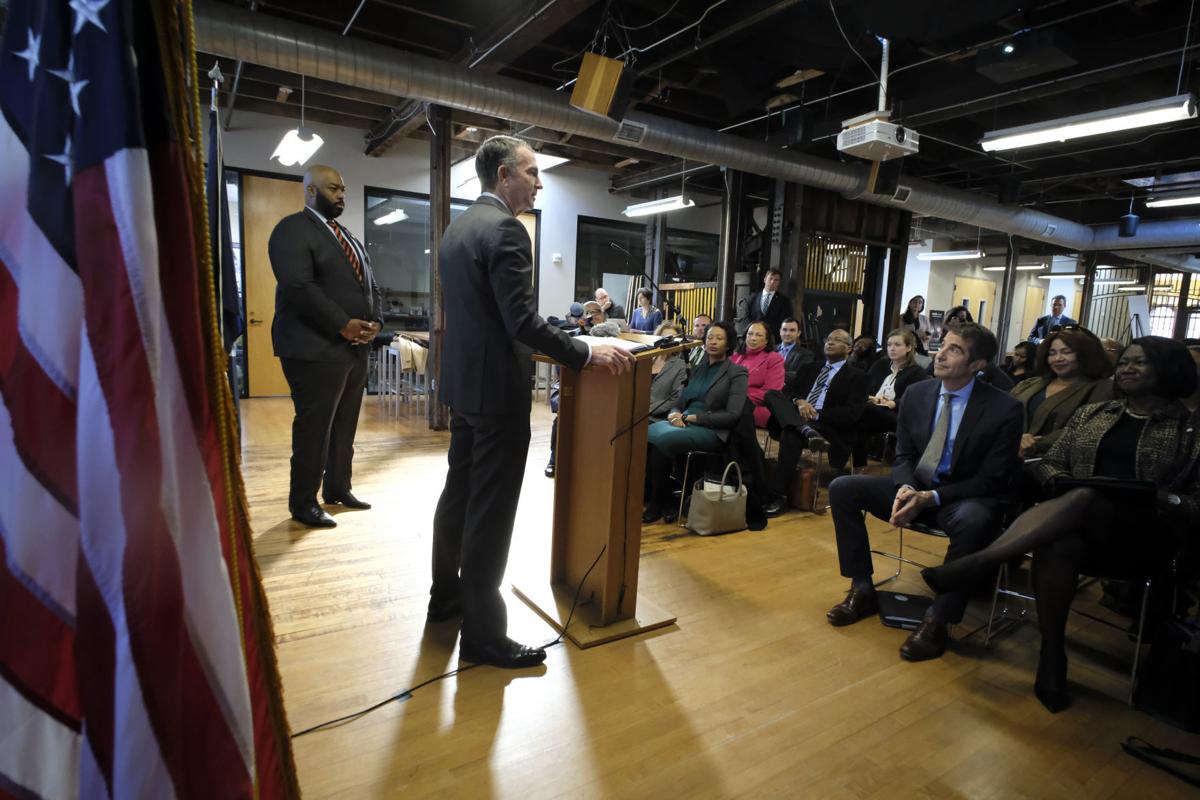 Del. Lamont Bagby, D-Henrico, stands nearby as Gov. Ralph Northam talks about a report from the Commission to Examine Racial Inequity in Virginia Law. 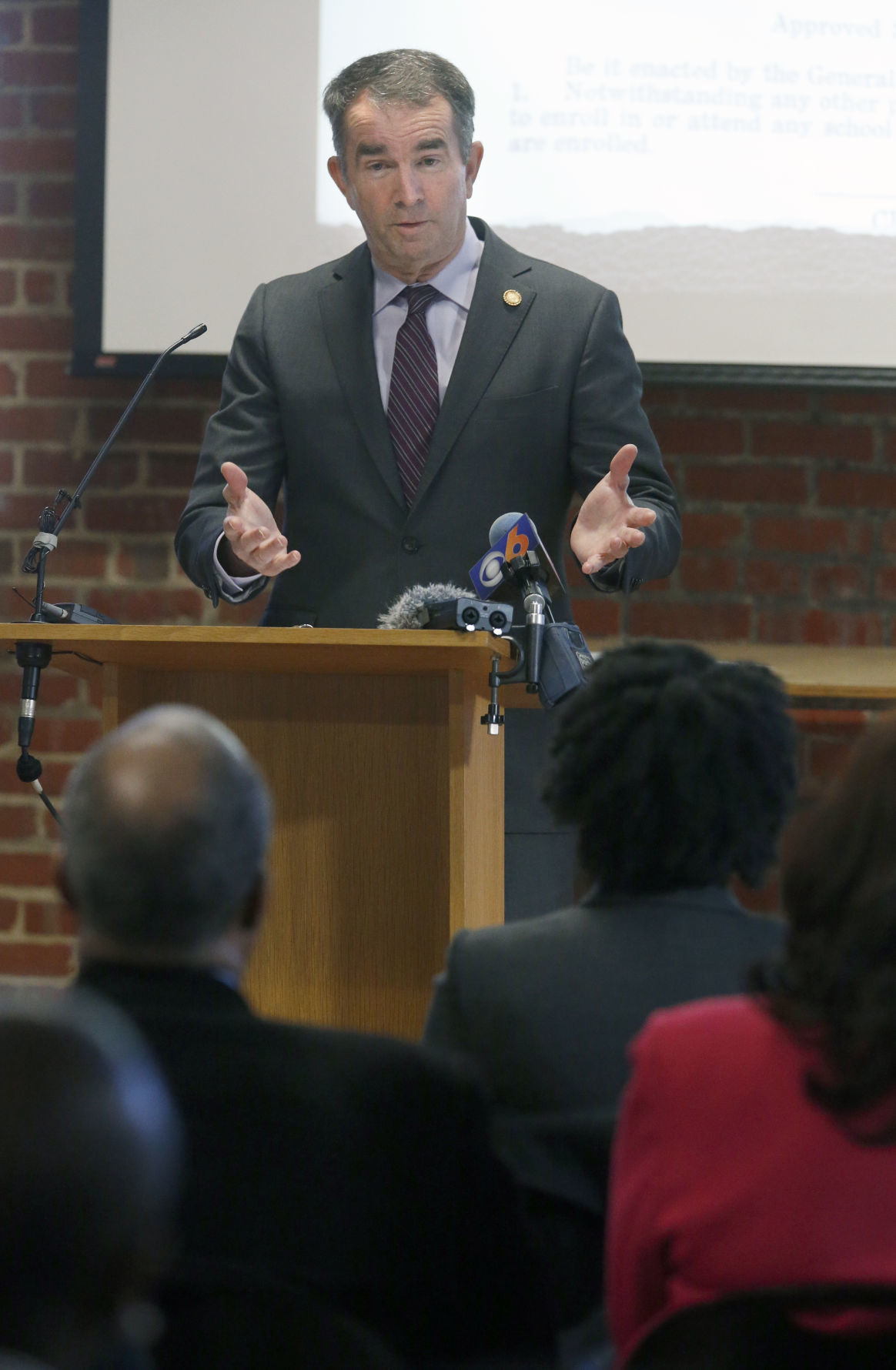 Gov. Ralph Northam adresses a gathering after recieving the report from The Commission to Examine Racial Enequity in Virginia Law in Richmond, VA Thursday, Dec. 5, 2019.

A state commission’s deep dive into laws enacted in Virginia from 1900 to 1960 found “deeply troubling” instances of “explicitly racist language and segregationist policies” intact in the state’s code.

The findings are in a lengthy report released Thursday by the Commission to Examine Racial Inequity in Virginia Law, which recommended repeal of many acts of the General Assembly that are no longer in effect but “remain enshrined in law.”

While some have been outlawed by court rulings — like the ban on interracial marriage titled “Act to Preserve Racial Integrity” — or made obsolete due to the passage of time, the commission proposed repeal as the first step in eradicating their long-term impact.

“The devastating long-term social, economic, and political impact of legalized segregation in Virginia continues to plague people of color today,” the report reads. “The commission believes that such vestiges of Virginia’s segregationist past should no longer have official status.”

The report is the result of a directive Gov. Ralph Northam signed in June calling for a review of any Virginia laws that “were intended to or could have the effect of promoting or enabling racial discrimination or inequity.” Northam created a nine-member commission chaired by Chief Deputy Attorney General of Virginia Cynthia Hudson to issue recommendations as to how the state should deal with such laws.

“We created this commission because it is time Virginia take steps to right old wrongs,” Northam said Thursday during an event to mark the report’s publication. “We know discrimination, racism and black oppression went on after slavery ended.”

Northam said he supported the repeals proposed in the report, even as the laws are not in effect, “because words matter.”

In recommending repeals, the commission noted that while courts have declared some of the acts unconstitutional, the possibility remains that they could be revived with a new ruling.

The commission focused on action the General Assembly took between 1900 and 1960, with a particular focus on three periods: The first decade of the 1900s, when Virginia was one of many states formerly in the Confederacy that adopted new constitutions and laws to override Reconstruction-era policies; the two-year period that followed, which saw the rise of the Ku Klux Klan and organized white supremacy; and, the mid- and late-1950s, when Virginia rejected federally mandated school desegregation.

A bulk of the laws recommended for repeal are related to education, including the “calculated legislative strategies of the Massive Resistance.”

One provision from 1956, for example, exempts students from the compulsory requirement to attend school if they would be obligated to attend an integrated school.

“Notwithstanding any other provision of law, no child shall be required to enroll in or attend any school wherein both white and colored children are enrolled,” it reads.

Another provision from the same year — which the commission believes might be the first example of school vouchers — required that localities offer private school “grants” for white students who didn’t want to attend their integrated schools.

The commission is also asking lawmakers to repeal language intended to limit voting by people of races other than white, like the state poll tax enacted in 1903, and language that required registrars to keep separate lists of registered voters by race.

Other laws referred for repeal dealt with separate treatment of the ill, like language to create Central State Hospital for the care of mentally ill African Americans in 1914, and a law that in 1918 compelled localities to treat people with tuberculosis in separate facilities based on race.

The commission declined to make recommendations on laws passed in the first two decades of the 1900s for the creation of Confederate memorials, like the ones that funded the construction of memorials to Robert E. Lee and Stonewall Jackson. During that time, Virginia also passed laws granting pensions to Confederate supporters, which the commission also declined to make recommendations on.

The commission based its decision on the “sensitive nature of this topic” and the possibility that the General Assembly will take action on the memorials in 2020.

The commission hopes to continue its work beyond laws that are no longer in effect into a deeper study of current laws in the Virginia Code that “in practice, have the effect of perpetuating discrimination and racial inequities.”

Members of the commission argue in their report that often, Virginia policy makers did not make their “racist and segregationist legal scheme readily apparent,” suggesting that further study could reveal whether some policies are currently promoting racial inequity in the state.

In addition to Hudson, the commission’s members include: Andrew Block, director of the State and Local Government Policy Clinic at the University of Virginia School of Law; Henry L. Chambers, Jr., a law professor at the University of Richmond School of Law; Jill Hanken, an attorney with the Virginia Poverty Law Center; Mike Herring, who works at McGuireWoods and is a former Richmond commonwealth’s attorney; Carla Jackson of Chesterfield County, assistant commissioner at the Virginia Department of Motor Vehicles; Birdie Hairston Jamison of Richmond, a retired judge for the Richmond district court; Jerrauld Jones, chief judge for Norfolk Circuit Court and a former state delegate; and, Leslie Chambers Mehta of the Richmond Metropolitan Transportation Authority.

Northam stands by as Cynthia Hudson, chairwoman of the commission and chief deputy attorney general, speaks.

Elizabeth Johnson Rice, one of the original "Richmond 34" civil rights protesters, speaks after the report from The Commission to Examine Racial Enequity in Virginia Law was presented to the governor in Richmond, VA Thursday, Dec. 5, 2019.

Del. Lamont Bagby, D-Henrico, stands nearby as Gov. Ralph Northam talks about a report from the Commission to Examine Racial Inequity in Virginia Law.

Gov. Ralph Northam adresses a gathering after recieving the report from The Commission to Examine Racial Enequity in Virginia Law in Richmond, VA Thursday, Dec. 5, 2019. 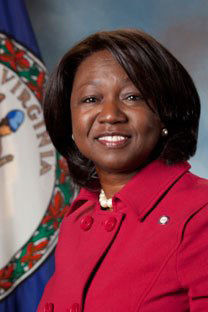