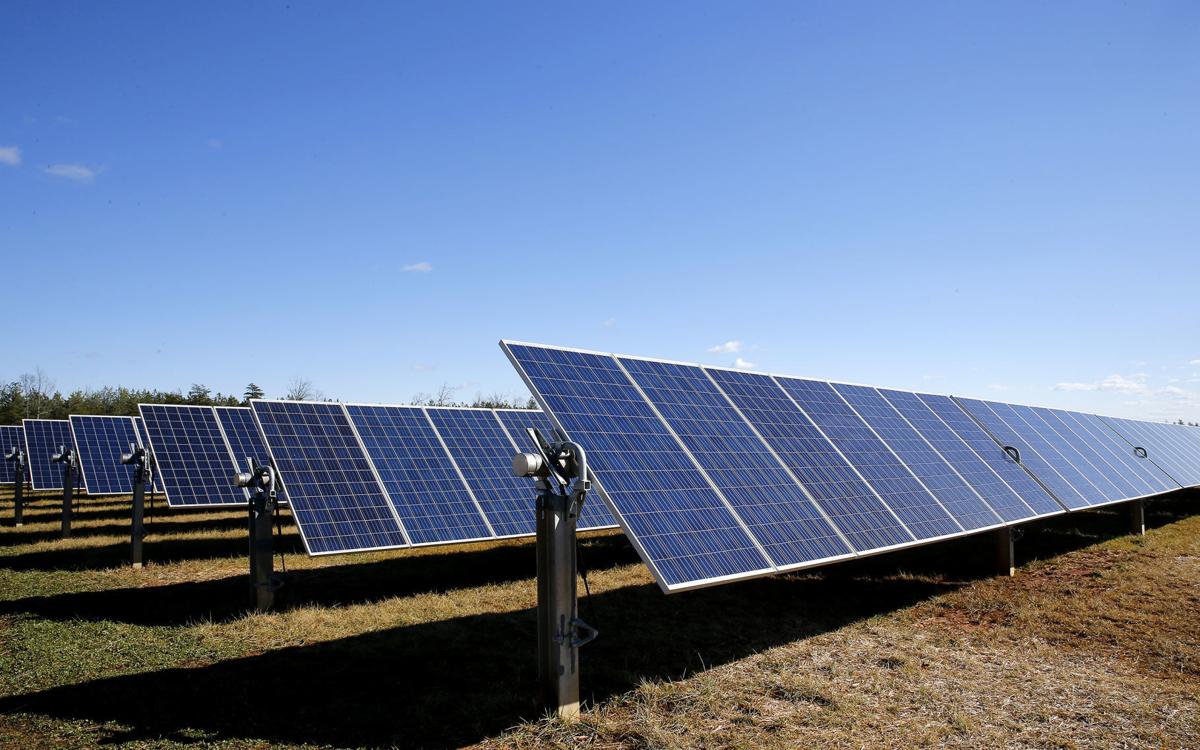 Dominion Energy has 27 generating facilities including Scott Solar’s in Powhatan County. The facilities cover nearly 4,700 acres that are either built or under development. 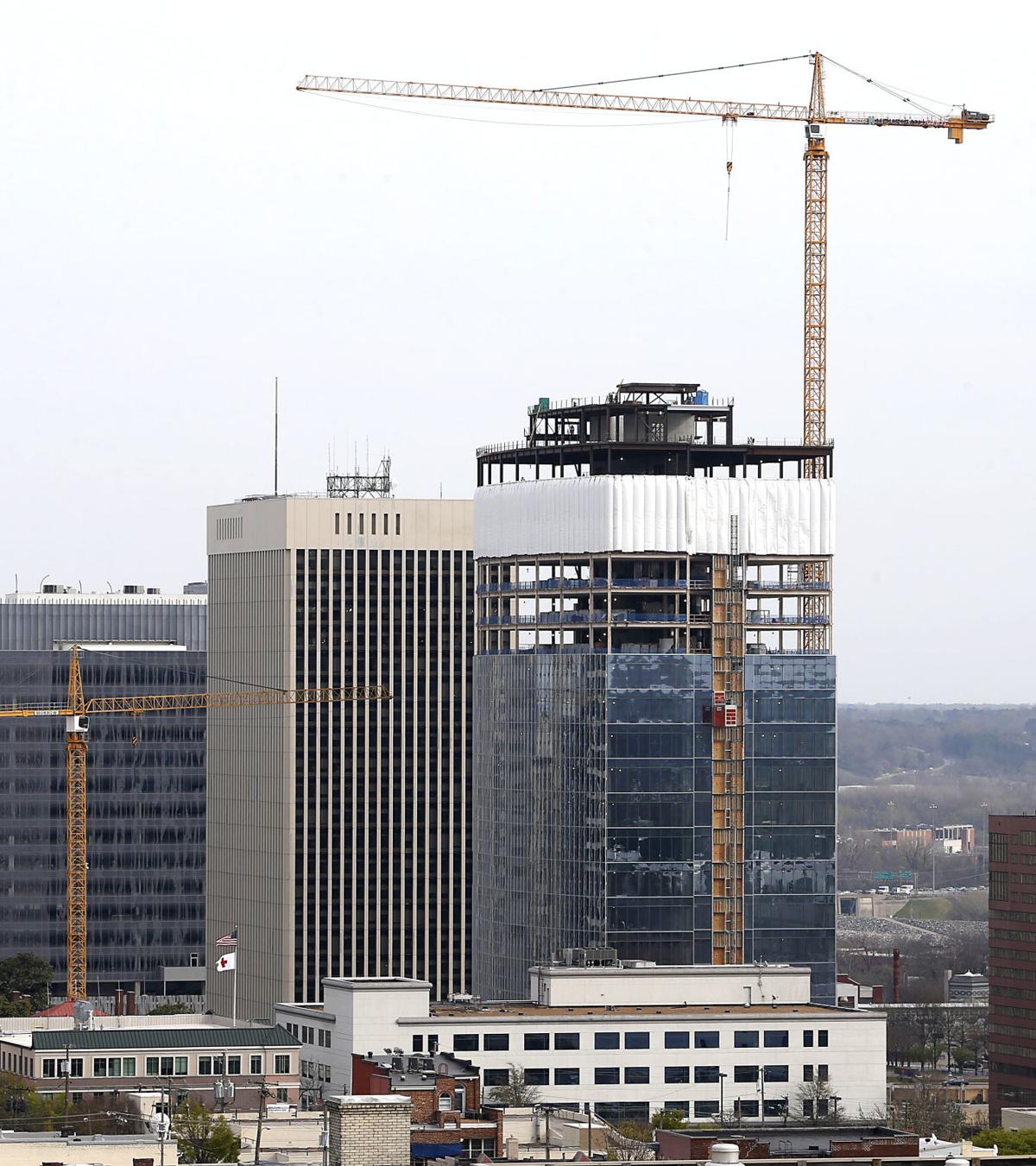 Virginia’s largest utility could increase the amount of electricity it generates from solar panels by 4,720 megawatts over the next 15 years, enough power for nearly 1.2 million homes at peak generation.

Dominion Energy on Tuesday filed its latest integrated resource plan, which lays out a range of scenarios for how the company plans to supply power and meet regulatory requirements over the next 15 years, with regulators at the State Corporation Commission.

Along with the renewable increases, Dominion, which is also the lead partner in the controversial, 600-mile Atlantic Coast Pipeline, says it plans eight new natural gas-fired power plants producing up to 3,664 megawatts of electricity. The plants are smaller combustion turbine power stations, not the giant combined-cycle plants Dominion has in Greensville and Brunswick counties. Each would produce about 450 megawatts, said Dominion spokesman David Botkins.

The utility, which has nearly 2.5 million electric customers in Virginia, also plans to decommission up to 2,785 megawatts of older coal, natural gas and oil by 2021 or 2022 at six Virginia sites. A little less than half of those plants will be placed into “cold reserve” by the end of this year. A biomass power plant in Pittsylvania County is also headed for mothballing.

“Backed by units using low-emitting natural gas, renewable resources will play an increasingly important role in the company’s generation fleet serving customers in Virginia and North Carolina,” the company wrote in its filing, which is a nonbinding planning document.

The Virginia Sierra Club called the plan “radically out of touch with how Virginians want to power their homes and businesses.”

The new plan also contains an old flaw, said Will Cleveland, an attorney with the Southern Environmental Law Center in Charlottesville who focuses on utility regulation.

Dominion’s load forecast — the company’s projection of future electric demand — remains higher than that of PJM Interconnection, the regional transmission organization that runs the electric grid for all or parts of 13 states, including Virginia, and the District of Columbia.

“They’re never right, and they’re almost always high,” Cleveland said. “Everything flows from the load forecast, and as long as that is inaccurately high, you’re going to wind up committing Dominion’s customers to infrastructure they don’t need.”

In the filing, Dominion noted the discrepancy, but attributed the different forecasts to “methodological differences” which “again have resulted in differing peak demand and energy forecasts.” Dominion added that PJM has adjusted its projections upward to reflect an increase in data centers in Dominion’s service area.

Remaining a mainstay of Dominion’s Virginia generation fleet are the Surry and North Anna nuclear power stations, which together produce about a third of the company’s electricity. License extensions, which Dominion will seek from the federal Nuclear Regulatory Commission, will allow the reactors to operate for an additional 20 years.

“More than 100,000 acres of solar (photovoltaic) facilities would be needed to match the nuclear units’ annual power output,” the company wrote. Dominion said the nuclear plants keep 22 million tons of carbon dioxide a year out of the air.

In 2017, Dominion brought online about 466 megawatts of solar, bringing the total company portfolio to 1,641 megawatts.

Until now, Dominion has largely kept quiet about Virginia’s proposed draft carbon regulation, which would cap emissions for Virginia power plants and link the state to the Regional Greenhouse Gas Initiative, a network of Mid-Atlantic and Northeastern carbon trading states.

Yet in the filing Tuesday, Dominion says linking to RGGI, in which utilities will be assigned carbon allowances based on their output, then consign those allowances to an RGGI auction, “will encourage electricity imports from out-of-state sources that are more carbon-intensive.”

Dominion sees the program creating “a significant increase in power imports while highly-efficient and lower-emitting natural gas combined-cycle facilities in Virginia will run less” and possibly imposing “over $500 million in additional cost to Virginia customers during the 2020 to 2030 period.”

“I don’t think Dominion is likely to see a radical shift in their level of imports to exports,” he said. “That all of sort presumes the carbon regulation radically alters the price of operating their current plants, which I don’t think it does.”

Legislation that would have allowed Virginia to become a full-fledged RGGI member died in the GOP-controlled General Assembly this year. Gov. Ralph Northam, a Democrat, vetoed a Republican-backed bill that would have prevented Virginia from linking to the network. That leaves the proposed draft rule approved by the State Air Pollution Control Board last year continuing on its path to final approval.

While carbon dioxide emissions from Virginia’s electric-generating units fell by 21 percent between 2005 and 2014, they still account for about 30 percent of the state’s overall CO2 emissions, according to a report issued last year by a working group convened by former Gov. Terry McAuliffe. Virginia would become the first Southern state to cap carbon dioxide, which scientists concur is a main driver of global climate change.

Dominion’s latest long-range forecast is also the first since the company pushed a sweeping transformation of utility regulation through the General Assembly earlier this year. Dubbed the Grid Transformation and Security Act, it declared 5,000 megawatts of wind and solar power in the public interest. It also allows the company to keep earnings above its authorized rate of return instead of issuing customer refunds, provided the utility spends them on grid upgrades and other eligible projects, such as energy efficiency programs.

The company acknowledged, however, that the “renewable generation encouraged by the GTSA, if approved and constructed, will, to some degree, mitigate power imports and costs.”

However, because the legislation doesn’t become law until July 1, the forecast does not reflect the law’s requirement to develop at least $870 million worth of energy conservation programs between 2018 and 2028.

“The company will directly address this significant expansion of energy conservation programming in future filings,” Dominion said in a statement.

Barrett was trustee at private school with anti-gay policies

Dominion Energy has 27 generating facilities including Scott Solar’s in Powhatan County. The facilities cover nearly 4,700 acres that are either built or under development.