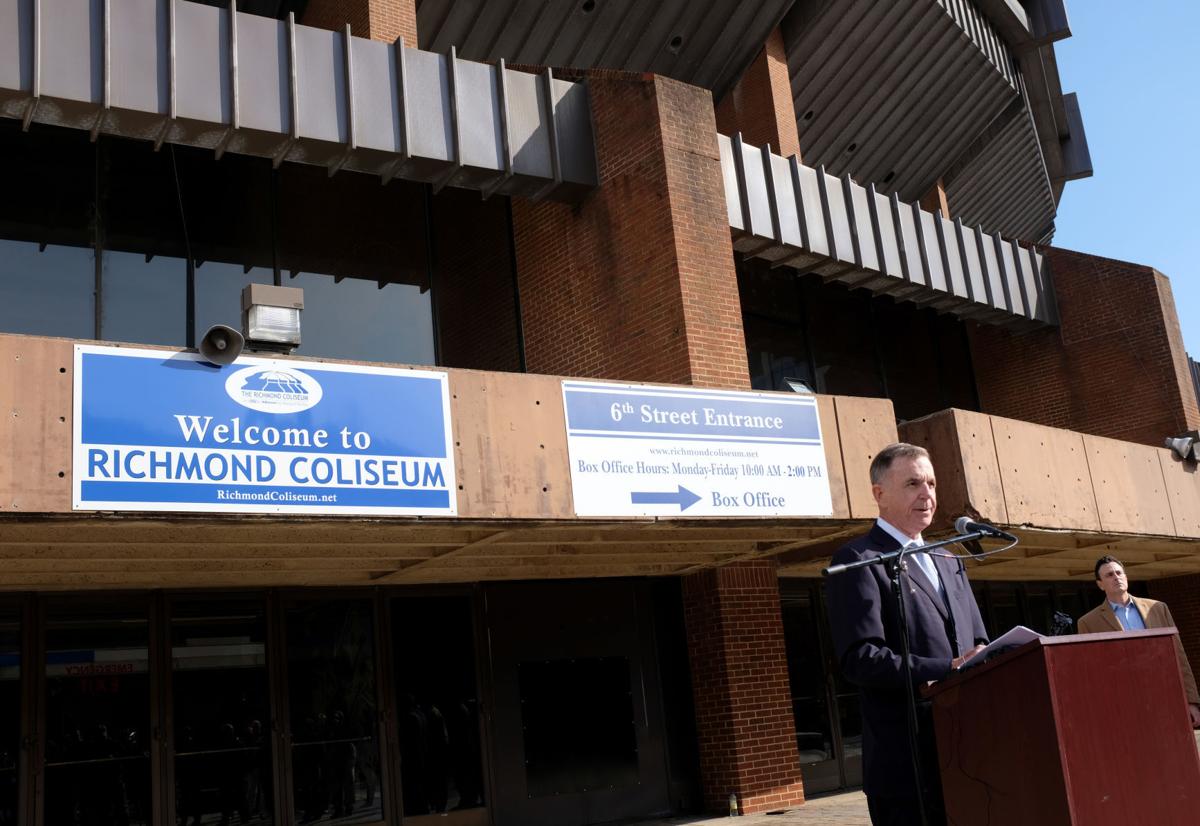 Dominion Energy CEO Thomas F. Farrell spoke during a news conference in front of the now-closed Coliseum on Jan. 27. He discussed the possible return of a hockey team if the Navy Hill project went forward. 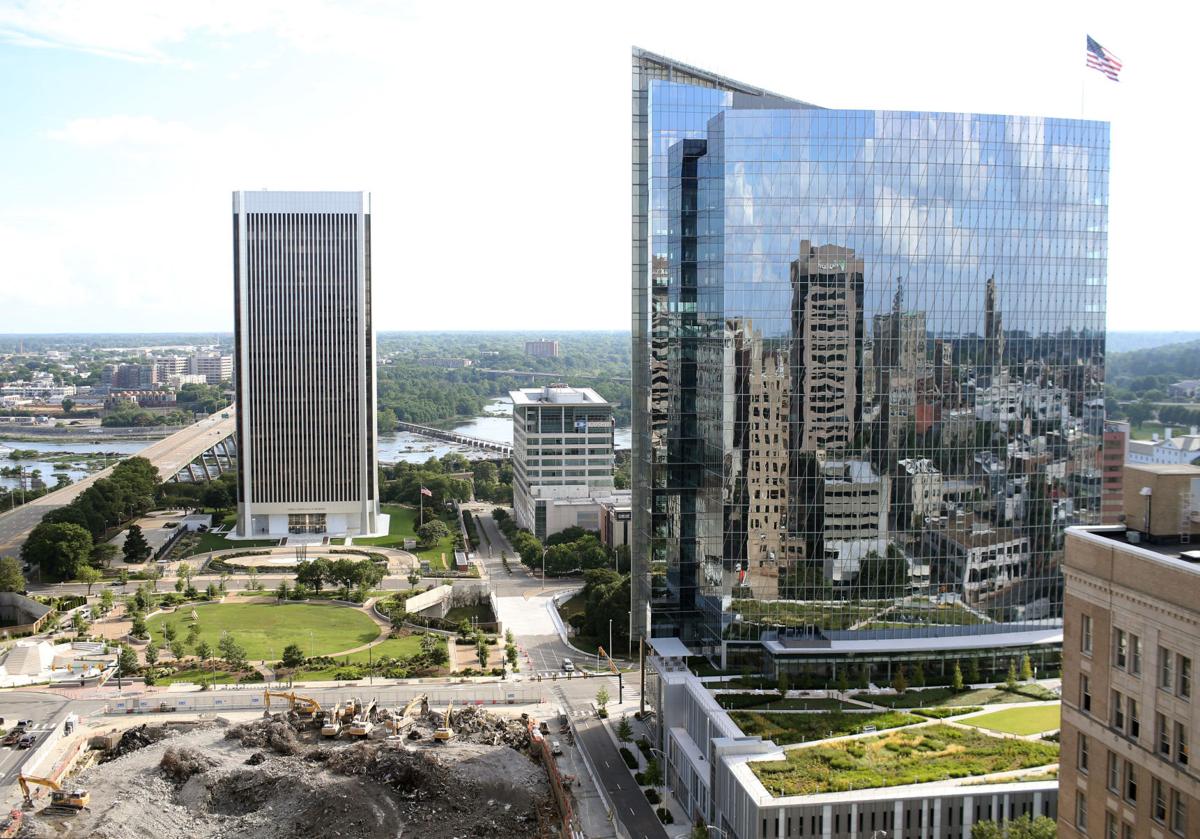 Many of Dominion’s employees work at the company’s office tower at 111 S. Sixth St. (right), called 600 Canal Place. The company isn't answering questions about whether it has received back money from a political action committee that company leaders say they failed to properly vet.

Tom Farrell isn’t ready to talk about his legacy after 15 years as chief executive officer at Dominion Energy because he says he’s not done yet.

Hours after announcing a leadership succession plan at the Richmond-based energy giant on Friday morning, Farrell made clear in an interview that he will remain at the top of the company as its new executive chair, focusing on Dominion’s role in what he called “the vanguard” of the new clean energy economy in Virginia and 17 other states.

The announcement that Farrell will relinquish his role as CEO on Oct. 1 is the third sharp turn by Dominion in less than a month, following the decisions to cancel the $8 billion Atlantic Coast Pipeline and sell the company’s gas transmission and storage business to Berkshire Hathaway for almost $10 billion.

The new succession plan will promote Bob Blue, currently executive vice president and co-chief operating officer, to become CEO, but Blue will report to Farrell, not the Dominion board of directors.

“It’s not like I have some diminished role,” said Farrell, who joined Dominion in 1995 as its general counsel and turned 65 in December.

“The team that we have assembled at Dominion over the past 15 years will be the same team that will move us into the future,” Farrell told investment analysts in a call on Friday morning about the company’s earnings in the second quarter, which ended June 30.

The leadership changes represent a succession plan that Dominion has been developing actively for three years, but it reached the trigger point in July with the cancellation of the 604-mile natural gas pipeline and the sale of the gas transmission and storage business.

With those actions, Dominion will now devote itself to regulated electric and gas utility operations that will generate up to 90% of its revenue and rapidly escalating investments in renewable energy, including a proposed 2,600-megawatt wind farm off the Atlantic coast that Farrell said would be “the largest in the Americas.”

“The strategic direction of the company has been settled,” he said.

Farrell acknowledged that Dominion’s role as majority partner in an alliance with Duke Energy to build the Atlantic Coast Pipeline may have overshadowed the company’s emergence as the third-largest utility developer of solar energy in the United States and an emphasis on reducing methane and other sources of greenhouse gases linked to global warming.

“In some people’s minds, those were inconsistent actions,” he said. “We don’t think so. I don’t think so, but that project is in the past.”

The decision to cancel the pipeline forced Dominion to take a $2.8 billion loss in its second-quarter pre-tax earnings, or a drop of $1.41 a share. After taxes and the pipeline costs, earnings for the second quarter rose by 82 cents a share, which reflected a decline in electricity and natural gas demand because of milder weather than the company expected.

During the call with investment analysts, Farrell maintained that the pipeline was needed to provide a reliable and affordable supply of natural gas from the Marcellus Basin to southeastern Virginia, eastern North Carolina and potentially South Carolina.

“The need has not changed at all,” he said. “The result of [canceling the pipeline] is that need will go unmet.”

Asked whether the need could be met by the Mountain Valley Pipeline, a partially built project in Southwest Virginia that also faces major permitting and legal roadblocks, he replied, “Not that we can see.”

However, the Atlantic Coast Pipeline has made Farrell a bigger target for opponents who contended the pipeline wasn’t needed and that the natural gas it would have carried would have worsened climate change from global warming caused by the buildup of greenhouse gases such as carbon dioxide and methane in Earth’s atmosphere.

He also has come under fire for proposing a natural gas compressor station for the pipeline in Buckingham County at Union Hill, home to a predominantly African American community founded by freed slaves after the Civil War, and for initiating the failed $1.5 billion Navy Hill development in Richmond to replace the Coliseum and redevelop much of downtown.

Recently, he’s become the target of anti-racist activists over his use of a state film subsidy for a movie he helped write and produce in 2014 about the role of the Virginia Military Institute cadets in fighting with Confederate forces at the Battle of New Market during the Civil War.

Farrell would not discuss those issues, but he touted Dominion’s response to street protests sparked by the death of George Floyd in police custody in Minneapolis, which he referred to during the earnings call with analysts as “the murder in Minnesota.”

The company recently committed to investing $35 million in 11 historically Black colleges and universities in Virginia, as well as $5 million for social justice and community nonprofit organizations.

“We’re investing in recovery and reconciliation,” he said during the earnings call.

Farrell joined what was then known as Dominion Resources as its general counsel in 1995, during a bitter corporate feud between the holding company and its dominant utility subsidiary, then operating as Virginia Power. He had represented Dominion in the dispute as part of the legal team at the McGuireWoods law firm in Richmond.

Under then-Chairman and CEO Tom Capps, Dominion focused on deregulated energy businesses that generated most of its revenue. After Farrell became CEO in 2006, the company moved in a different direction toward reregulating the electric utility business on profitable terms for investments in new power generation.

With the pending sale of the natural gas transmission and storage business, “it’s back to the future,” Farrell said.

Dominion now is positioning itself as primarily an operator of state-regulated electric and gas utilities, which it expects to generate 85% to 90% of its revenues.

The company also worked with environmental organizations on the Virginia Clean Economy Act, which the General Assembly adopted this year, to push for greater investments in solar, wind and other forms of renewable energy to reduce emission of greenhouse gases.

With the change in strategic direction, Farrell said “the time was right” to begin carrying out the company’s succession plan for executive leadership.

His 65th birthday in December “in itself is an appropriate time to do a little less day-to-day administration and more policy,” he said.

In the announcement of his new role, Farrell said there is “no established time frame” for his service as executive chair, but added, “I will be particularly focused on continuing to develop our strategic plan and Dominion’s leadership in the new clean energy economy.”

The Atlantic Coast Pipeline is dead, abandoned by Dominion Energy and its partner, Duke Energy, after the $8 billion project reached a regulat…

Welcome to the new version of the old Virginia Electric & Power Co.

Dominion Energy CEO Thomas F. Farrell spoke during a news conference in front of the now-closed Coliseum on Jan. 27. He discussed the possible return of a hockey team if the Navy Hill project went forward.

Many of Dominion’s employees work at the company’s office tower at 111 S. Sixth St. (right), called 600 Canal Place. The company isn't answering questions about whether it has received back money from a political action committee that company leaders say they failed to properly vet. 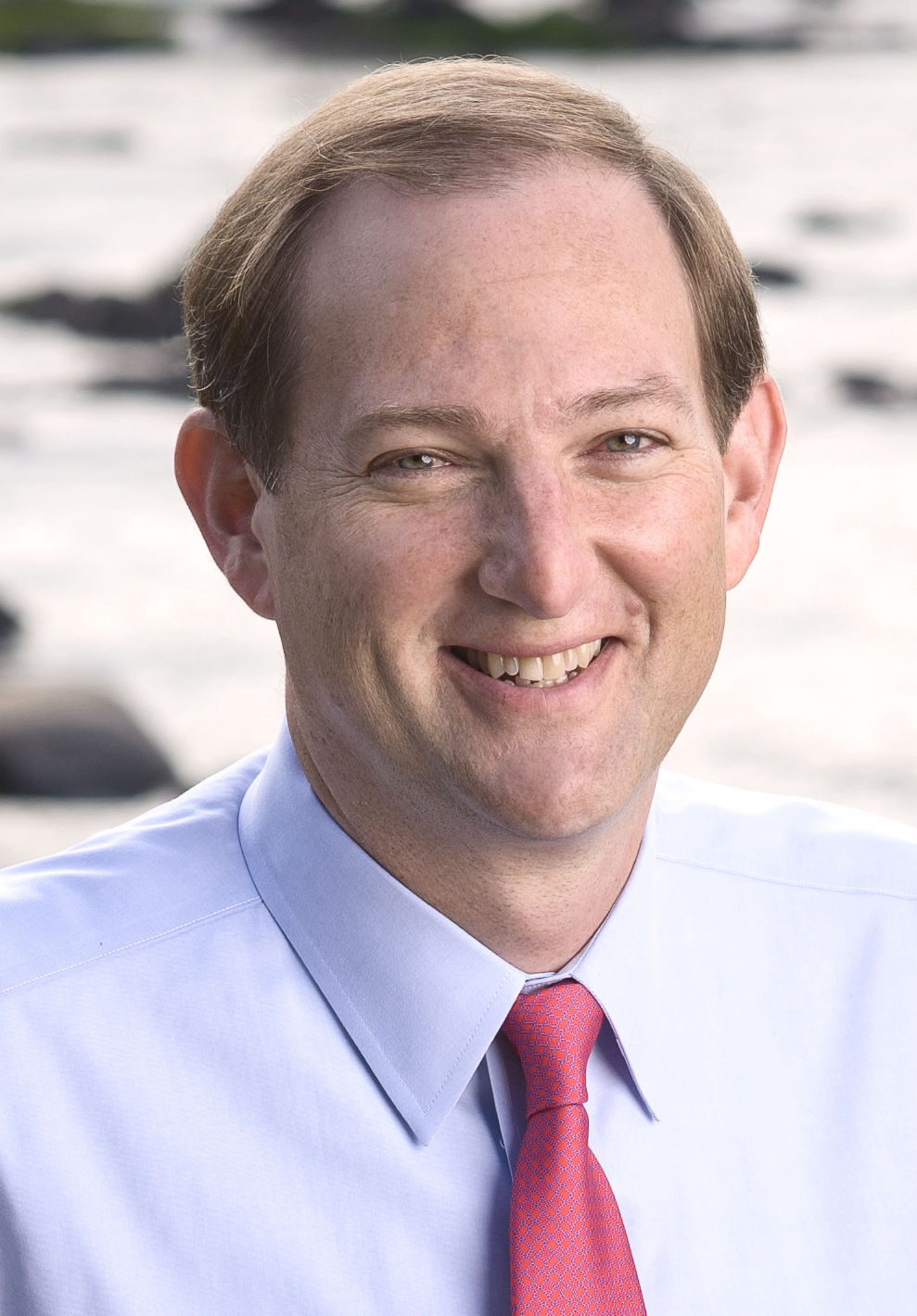