Del. Jackson H. Miller, the House majority whip, had run for clerk of court for Prince William County, Manassas and Manassas Park. He was favored to win, but Democrats, energized by opposition to Donald Trump in the White House, got out their voters. Democratic candidate Jacqueline Smith pulled an upset over Miller.

Democrats swore they were coming for Miller’s House seat next, in a district where Hillary Clinton won 53 percent of the vote in November. The party looked forward “to running an aggressive campaign in the 50th,” Democratic caucus chair Del. Charniele L. Herring, D-Alexandria, said in an April news release.

Six months later, Democratic brass in Richmond are silent about the seat.

In order for a Democratic candidate to get party money and backing, the candidate must report daily to party brass in Richmond about how many doors they’ve knocked, how many fundraising calls they’ve made, how many hours they’ve spent fundraising on the phone — even how many thank you notes have been sent.

Lee Carter, the Democratic candidate against Miller, opted out. So his party essentially cut him off, saying that without him providing information they had no choice but to put financial resources into candidates they know are doing what the party believes is required to win. Republicans hold a 66-34 majority in the state House, and all 100 seats are up for election Nov. 7.

Carter says there’s more to the story, however, as he tries to unseat the incumbent Republican Miller.

Carter, 30, a former Marine who grew up in Elizabeth City, N.C., is the kind of rogue candidate that gives an apparatus like the Democratic Party of Virginia a fit as the party makes an offensive against Republican House of Delegates incumbents across Northern Virginia and in a few other parts of the state.

The Democratic Party establishment is aligned with Dominion Energy, a regulated monopoly, and supportive of Dominion’s desire to build the Atlantic Coast natural gas pipeline across Virginia. Like their GOP counterparts, the Democrats are recipients of the cash Virginia’s top corporate political contributor pumps into the system, and the Democratic Party of Virginia received $125,000 in 2016, according to the Virginia Public Access Project.

Carter opposes its plan for a natural gas pipeline and opposed its plan for a high-voltage transmission line that was to go through residential neighborhoods in Prince William County; the plan has stalled under local resistance. Environmentalists oppose the pipeline plan, with some questioning whether Atlantic Coast is necessary for Virginia’s power needs.

“I’m to the left of them on economic policy,” Carter said of his party. “I am unabashedly pro-union, pro-worker. I’m openly fighting against the large corporate interests. That’s something that you don’t see a lot of politicians in either party do very much of, and that’s something that Virginia frankly has not seen very much of since the days of Henry Howell.”

Howell was the progressive populist state senator and lieutenant governor in the 1960s and 1970s who made three runs for governor and challenged corporate power — including Dominion — using the slogan, “Keep the big boys honest.”

Carter said he decided to run for delegate after becoming injured on the job and having tremendous difficulty dealing with the Virginia Workers’ Compensation Commission. Because he works for an out-of-state company, his employer was able to win fights in court that, to Carter, showed the need for fixes to the system.

He filed to run for the House of Delegates in February 2016, long before some Democratic candidates had even thought about running.

“For-profit corporations exist to make money,” Carter said. “So if they’re giving money to a politician, it’s not out of the goodness of their heart. It’s because they’re getting something in return every single time.”

Democratic Party leaders were not eager to discuss Carter, preferring to promote other candidates. Susan Swecker, chairwoman of the Democratic Party of Virginia, declined to comment through party spokeswoman Katie Baker.

“The Virginia House Democratic Caucus has been working very hard to elect as many Democrats to the House of Delegates as possible and has made substantial financial investments in Prince William County candidates Jennifer Carroll Foy, Elizabeth Guzman, and Hala Ayala.”

“Unlike the Virginia House Republican Caucus, we do not have unlimited resources and must make informed and judicious decisions about where to invest the hard-earned dollars of our donors. We ask candidates to regularly report the number of doors they have knocked and dollars they have raised, so that we know we are investing the generous contributions of our donors in candidates who are willing to do the work necessary to win elections.

“Early in the campaign, Lee Carter indicated he wanted to operate independently of the caucus, and has repeatedly refused to report metrics or offer any other proof to us that he is doing the work necessary to be elected. We support his candidacy, and are hoping that he wins, but it is difficult to justify a substantial investment without knowing his path to victory.”

“That’s something that I look forward to working with them to correct next year as an elected member of the caucus, but from now until Nov. 7, my first priority is winning this race and driving up turnout for statewide candidates like Justin Fairfax.”

Fairfax is the party’s nominee for lieutenant governor who, like Carter, does not back the natural gas pipeline and does not receive campaign money from Dominion.

Carter declined to comment further on what he described as a security lapse. He also said that in exchange for money, the party “wanted a bit more editorial control over my messaging than I was comfortable with.” When asked for specifics, he declined to say.

Miller, a former Manassas police officer, could not be reached for comment for this story.

“For the most part, he seems to need a reminder that he actually has an election on Nov. 7,” Carter said.

When asked about the race, Wiggins spent most of the interview discussing Miller’s strengths: a large campaign account, status in the GOP leadership, PAC money.

“It’s a tough race when you’re running against somebody with an unlimited amount of money. He has unlimited funds,” Wiggins said of Miller. “It’s just a tough district.”

Does that mean the Prince William Democratic chairman thinks the Republican will win?

Not at all, Wiggins said.

It’s just that Miller, first elected to the seat in 2006, has “great name recognition around Manassas. ... He’s been there a long time.”

Back when he the lost the April clerk’s race, Democrats were not as intimidated by Miller’s campaign fund.

“Tonight’s victory is further testament to the rising tide of the resistance. Jackie Smith’s victory is a referendum on Donald Trump and his Republican allies in Richmond,” party Chairwoman Swecker said in a news release at the time. “Virginia Democrats are energized and organized, and tonight we outperformed a state legislator with more than four times as much money as our nominee.”

With the Democratic Party focusing efforts on other races, Carter gets canvassing help from groups including the Democratic Socialists of America, Indivisible NovaWest and Let America Vote.

“It’s two years worth of hard work,” Carter said, “and it’s all going to come down to whether the voters think that I’ve done a good job.” 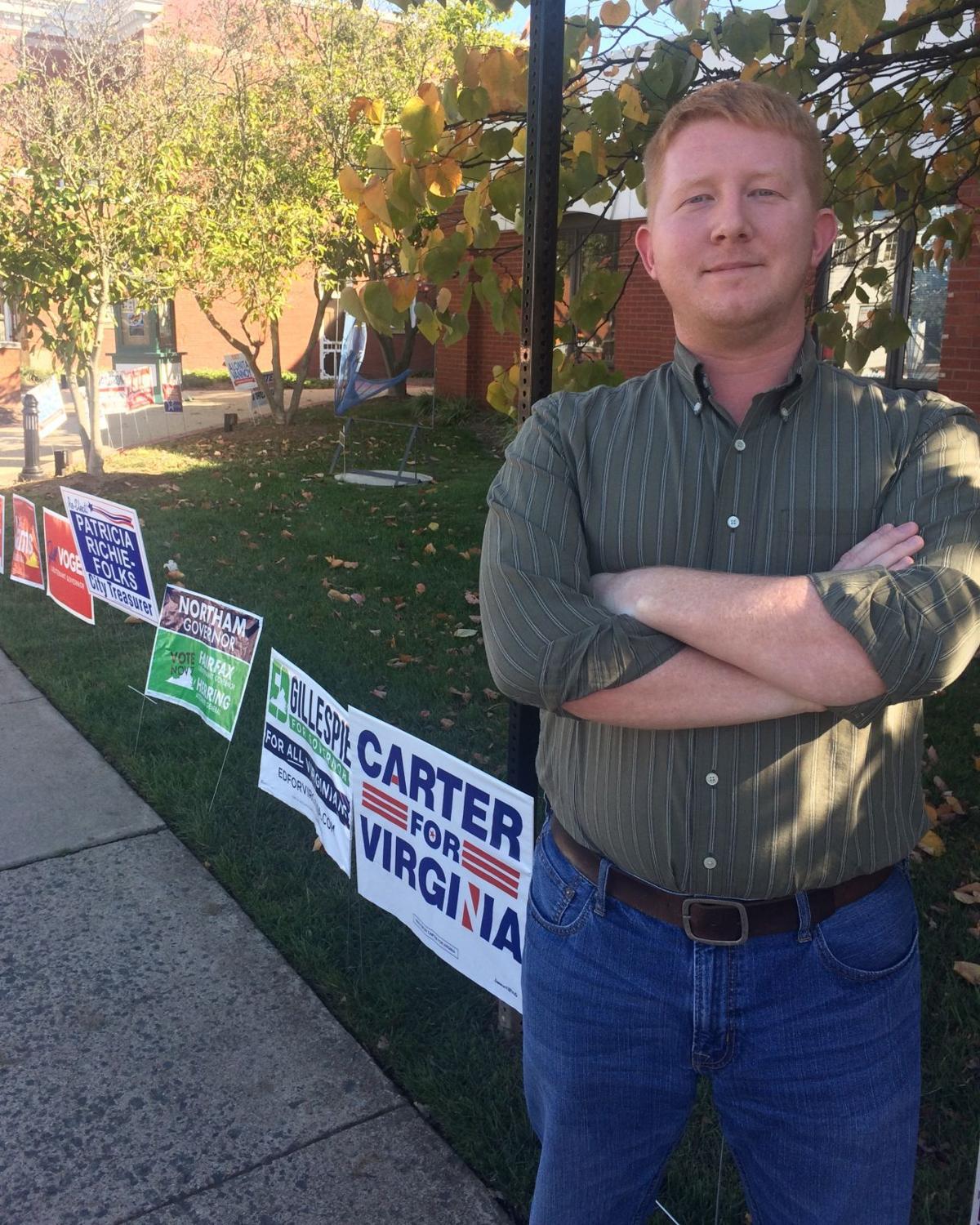 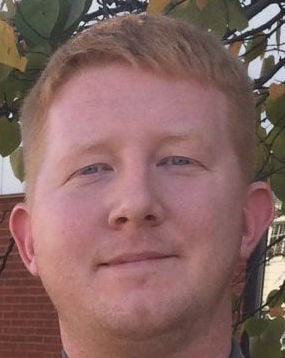 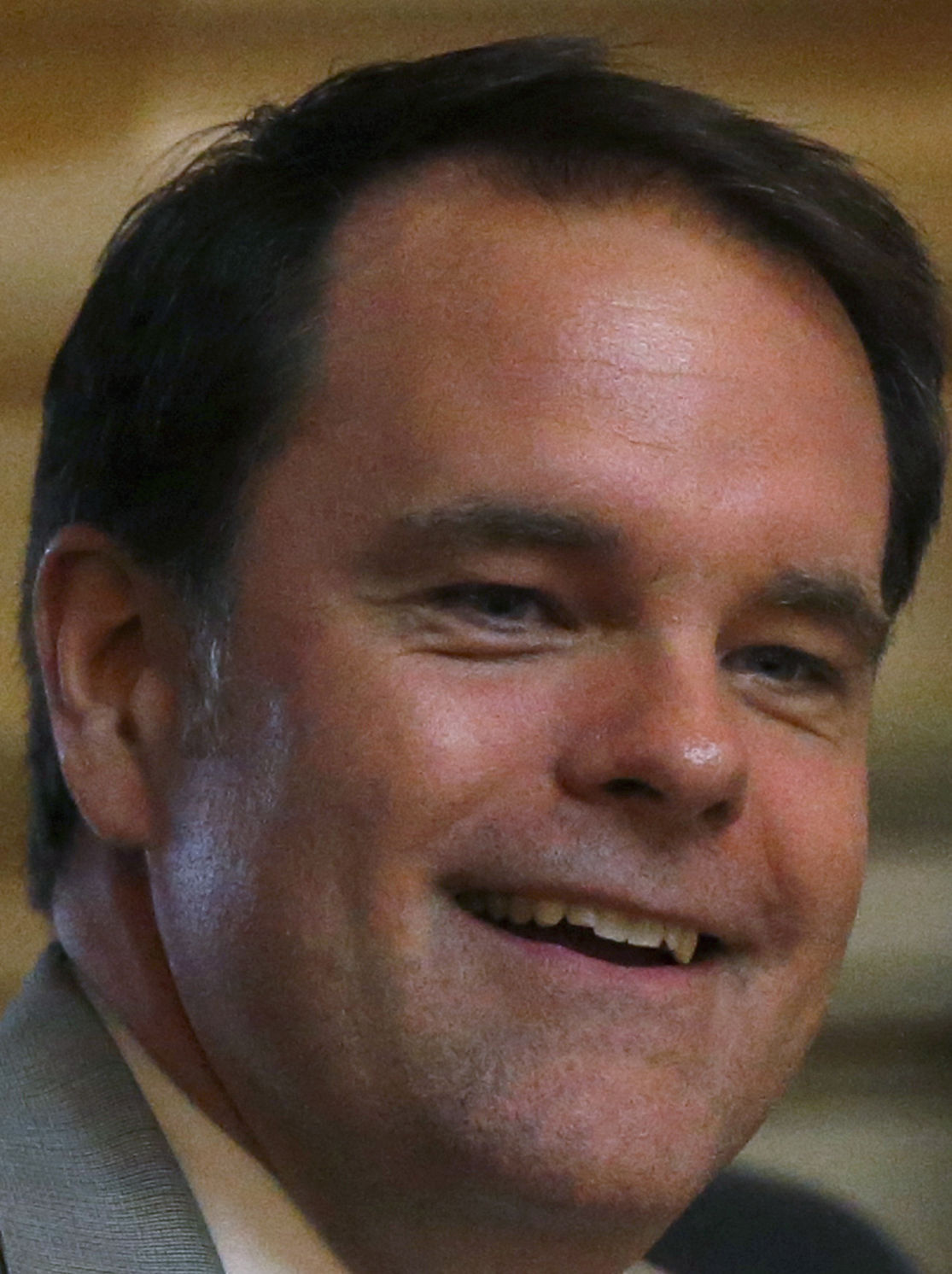 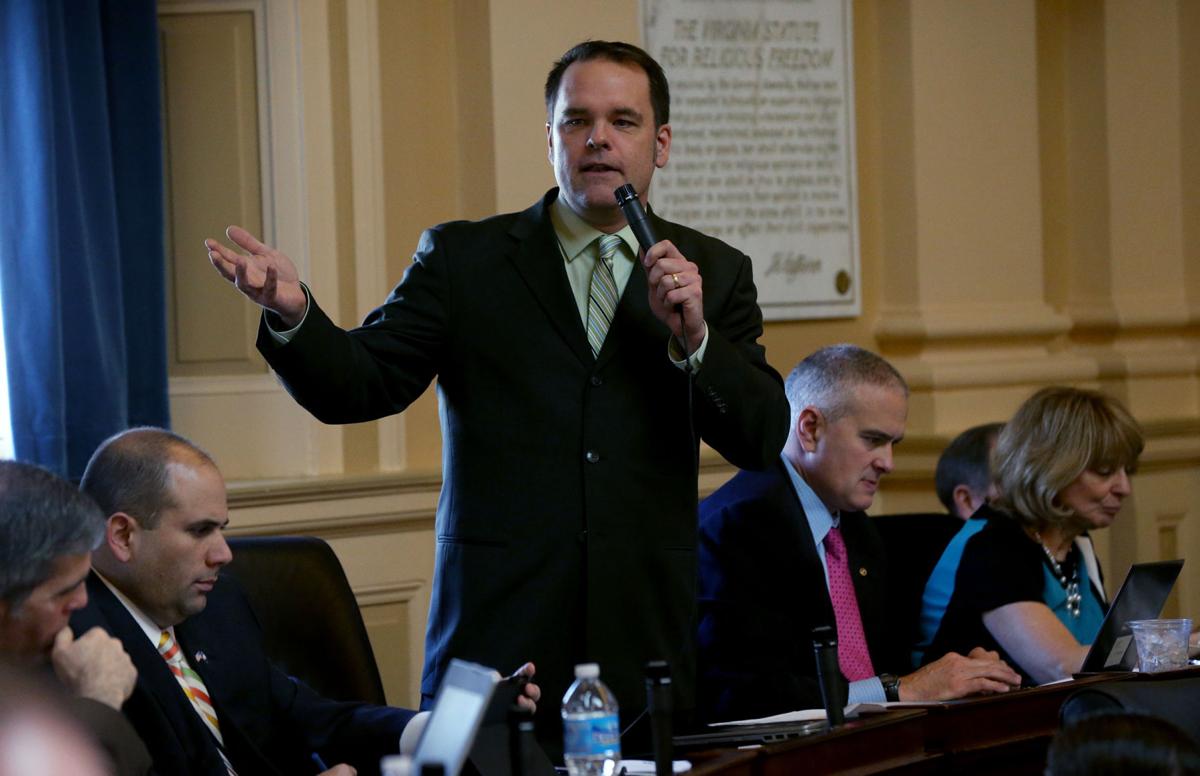 Del. Jackson Miller, R-Manassas, a former police officer, sponsored the legislation. The new law says police may not release the name of a juvenile murder victim without written consent of next of kin.