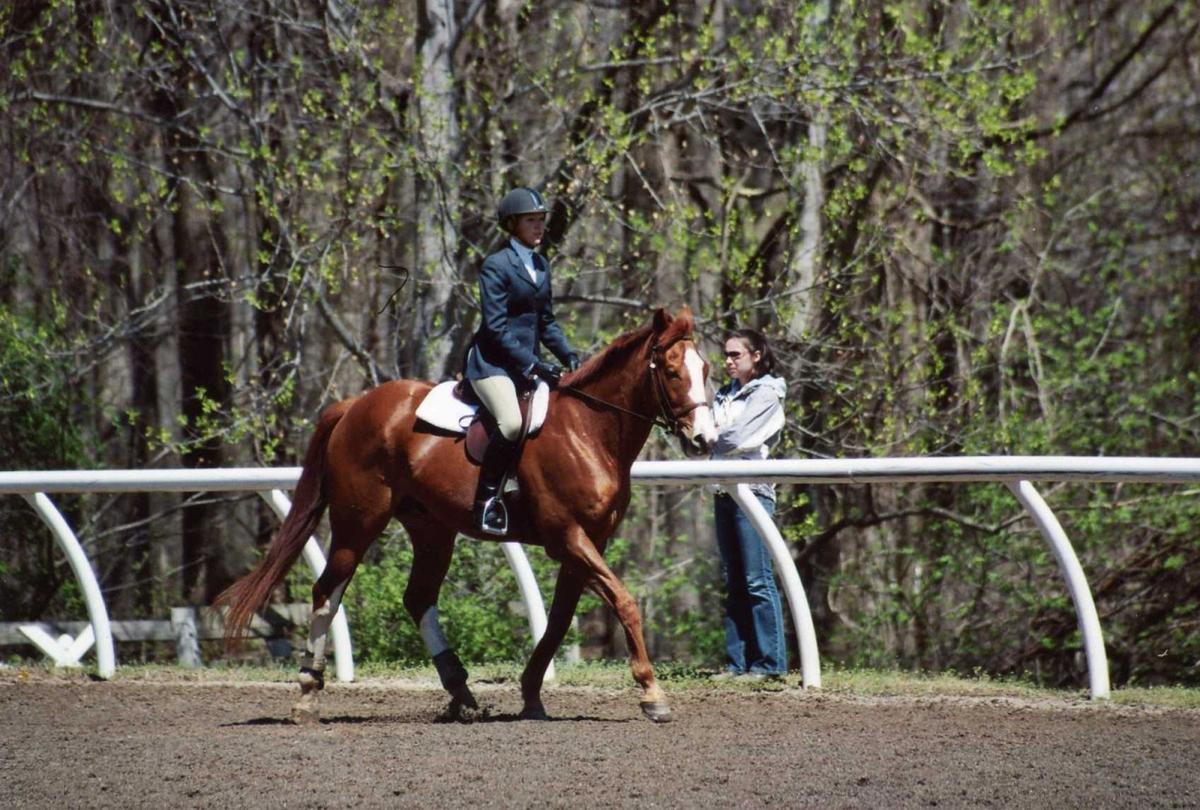 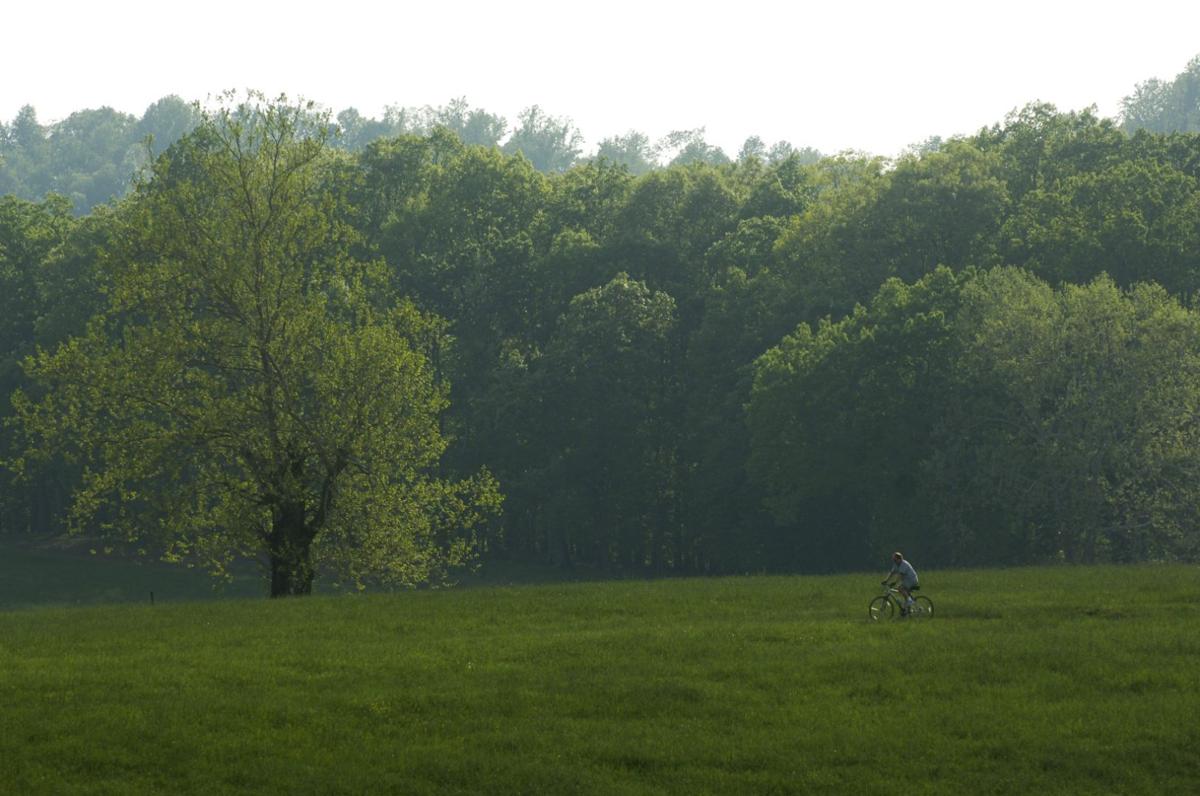 With 3250 acres and approximately 600 students Sweet Briar College, just north of Lynchburg, Va, is one of four women-only colleges in Virginia.

The abrupt announcement that Sweet Briar College will close at the end of this academic year blindsided the community, with good reason.

After all, the quintessential women’s college has an $84.8 million endowment; last fall, it completed an $8.8 million library renovation with funds donated for the expansion; and its 3,250-acre pastoral campus takes in the sweep of picturesque historic buildings and rolling hills where students ride their horses.

But Tuesday, after employees and students were informed in back-to-back meetings that the school was closing, alumnae were told in a conference call that Sweet Briar would need $10 million to $12 million by June 30 to stay open another year and a $250 million endowment for long-term survival.

Friends of Sweet Briar are raising money and fighting back, intent on proving the college’s obituary notice was premature.

Saturday, alumnae who have formed a nonprofit group called Saving Sweet Briar encouraged current students not to make decisions about transferring until their Richmond-based legal team from Troutman Sanders explores options for keeping the college open.

“We want students to know that we are in their corner and that we have a legal team that feels confident we can move forward,” said Tracy Stuart, a 1993 graduate of Sweet Briar living in Massachusetts and a spokeswoman for the group.

The way the college handled the decision “was extremely upsetting,” she said.

“It’s just not in keeping with a school of the stature of Sweet Briar. It’s a very graceful institution and to (make the announcement) in such an ungraceful way was insulting to the current students and alumnae.”

She said the group has already raised nearly $2 million in pledges to fight the decision by the college’s board of directors.

Sweet Briar “is a wounded war horse, but there’s a lot of fight left in her,” said William T. Fritzler, whose mother has worked at the library for more than 25 years. “This could be the college’s finest hour.”

Fritzler, a graduate of nearby Lynchburg College who has taken classes at Sweet Briar, said he was so upset after the conference call that he and his girlfriend, a 2013 SBC alumna, drove to the campus to personally take their concerns to President James F. Jones Jr.

“There were so many questions the board didn’t answer,” he said of the conference call.

For one thing, news that the school has been in dire financial straits for decades struck many as odd given recent construction projects.

“If this is in fact true, it was one of the best-kept secrets in SBC history,” said Alexandra S. Mebane, a 2012 graduate. She said she spoke to some members of the college’s board of directors who “claimed not to know about the severity of our financial issues until after 2012. Even then, they were not viewed as detrimental to the college’s existence.”

Alumnae quickly banded together on social media with an initial goal of keeping the college open another year so current juniors could also graduate, but the online community has grown to more than 6,000 supporters, she said.

“We are seeing tremendous amounts of support from even the most unexpected sources, so we are optimistic that we can get beyond the initial 2016 proposition,” she said.

Sweet Briar College, which opened in 1906, was founded in 1901 when Indiana Fletcher Williams left her estate for a college in memory of her daughter, who died at age 16.

The nature of that bequest could complicate the process of shutting down the college and disposing of property and assets.

The college includes 23 major structures, many of which have been deemed historic landmarks, according to the school’s website.

But there are also numerous homes on the property that are either owned by the college and rented to faculty and staff, or privately owned by employees.

Complicating matters for homeowners, the college owns the land their houses sit on.

“They lease the land from the college for a small sum of money,” said SBC spokeswoman Christy Jackson. “We are still working on details for next steps for homeowners, and we hope to have information to share with them very soon.”

“Presumably the school has consulted with its legal counsel, accountants, brokers, bankers and tax advisers and the like long before announcing this decision,” Charles L. Cabell, an attorney who is head of the education group at the Williams Mullen law firm, said by email.

Cabell, whose family’s foundation established a faculty support endowment exceeding $500,000 at Sweet Briar, said he has “the highest regard” for the administration and board leadership, and is confident they “acted in the best of faith.”

“I know they would not have made this decision lightly and choose to give them the benefit of the doubt in going this route at this time,” he said.

The sudden announcement of an immediate shutdown is not necessarily unusual, he said. “A school cannot effectively recruit students or employees after a closure has been announced, and quickly starts losing both. No one wants to join or stay at a ‘lame duck’ school.”

But what is unusual, “and why it appears to be so surprising and sudden, is that to a casual observer the college would seem to have been in relatively good shape financially, had no obvious issues with its accreditation and, in particular, its large endowment,” Cabell said. “Typically, you see more obvious signs of financial distress prior to an announcement of this sort.”

Disposing of the endowment will be an interesting process, he said. “Frankly, I am not aware of much precedent on the issue as schools typically do not have such large remaining endowments at the time of closure.”

Endowments generally are mostly made up of funds donated with restrictions on how the money can be used. Likewise, the school’s property could be entangled by contractual or legal restrictions, such as a bequest from a donor, which “could well raise issues regarding ownership after the closure,” he said.

Cabell said private property on and around the campus likely will decline in value. “In fact, the closure will be sure to have a significant impact on the community and private businesses as well as real estate,” he said.

That was one reason Fritzler wrote Gov. Terry McAuliffe immediately after his brief meeting with President Jones. Fritzler said he thinks the state should intercede because of the economic impact the closure will have on Amherst County.

Not only will more than 300 college employees lose their jobs, but nearly 700 fewer students will be around to support local businesses.

“Everybody knew there were some kind of financial difficulties, but many private colleges have difficulties,” Fritzler said. “They never told the alumnae they were in this deep of trouble.”

Fritzler questioned why the library expansion and a new fitness center were constructed in recent years if finances were so bad.

But in announcing the decision, the college said its financial challenges were “insurmountable.” With fewer women interested in single-sex education, each year the college has had to offer an increasingly steep discount on tuition just to recruit a new class, and that was no longer sustainable, Jones said.

Private liberal arts colleges are embattled on many fronts, he said, and going coed would not have solved Sweet Briar’s problems.

Robert Lambeth, president of the Council of Independent Colleges in Virginia, said the state’s nonprofit, private schools compete in “a fragile market” with the subsidized public sector.

“We start in the hole,” he said. “The fact that any of these schools are still around is a tribute to the fact that they’re doing an awfully good job.”

Cabell said he also is a supporter of private colleges and is a board member for the Virginia Foundation for Independent Colleges.

“This is a sad time for all of us who support private liberal arts education as well as a wake-up call for those similar institutions, many of which are surprised but not shocked to hear this news,” he said.

For more information on the effort against the closure of Sweet Briar College, visit:

Standard & Poor’s Rating Services revised its outlook on Sweet Briar College’s credit-worthiness from stable to negative in November — a red flag raised by an independent agency before the college board’s Feb. 28 vote to close the school.

The Virginia Supreme Court ruled that trust laws apply to Sweet Briar College, giving hope to opponents of the college's closure who say that shutting down the school violates the terms under which it was established in 1901.

Click on the arrow to the right to flip through a timeline of coverage from 2015 and 2016, starting with the surprising announcement that the …

With 3250 acres and approximately 600 students Sweet Briar College, just north of Lynchburg, Va, is one of four women-only colleges in Virginia.