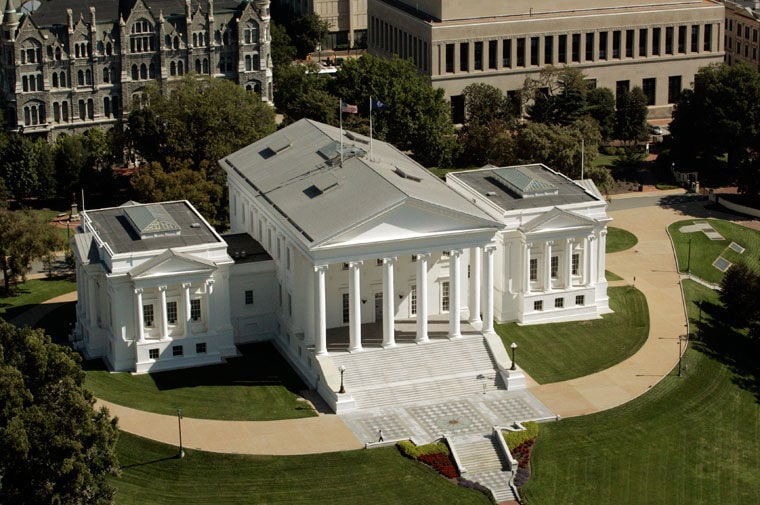 Virginia State Capitol building photographed from the roof of the SunTrust Bank building. 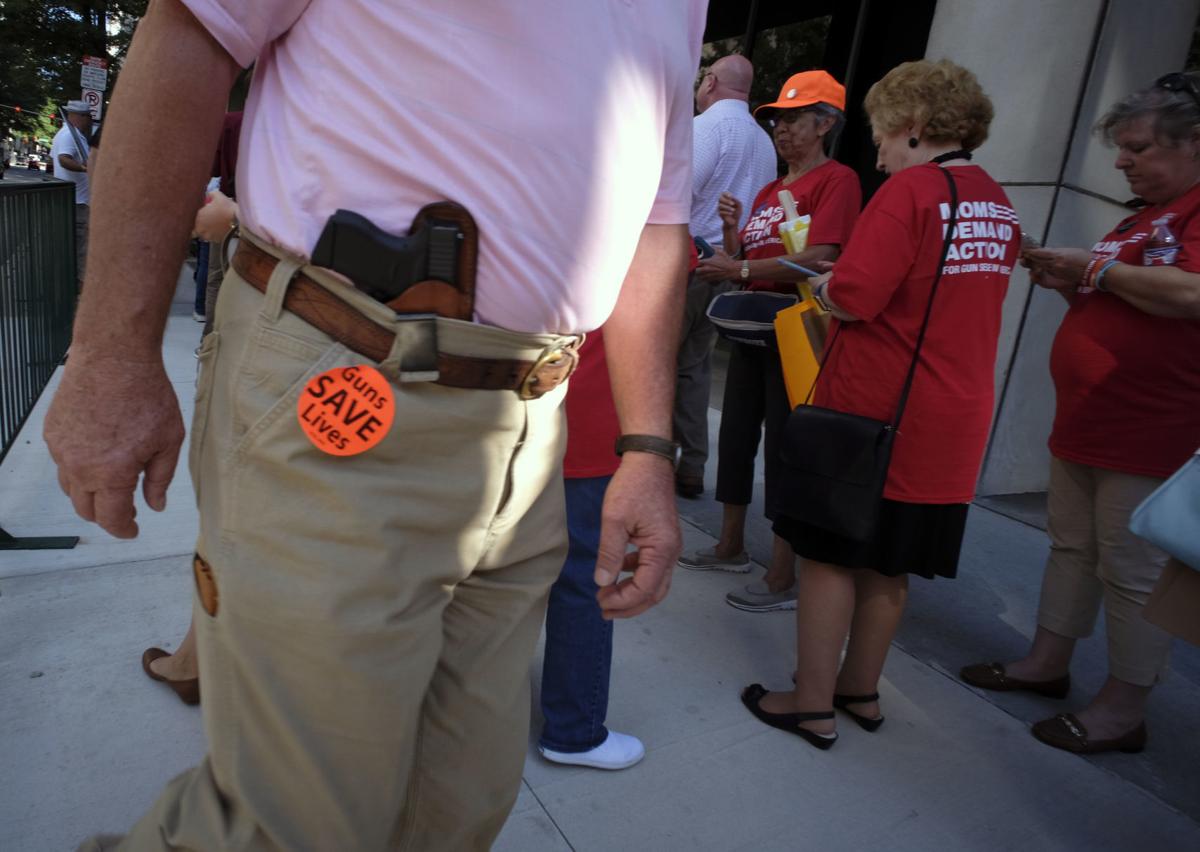 A man carrying a pistol walked past anti-gun citizens waiting to enter the Pocahontas Building at Richmond’s Capitol Square on Tuesday, during a General Assembly special session on guns.

The Virginia State Crime Commission has scheduled two days of meetings in August to hear the gun bills the Republican-led General Assembly refused to take up this week.

The Crime Commission will meet Aug. 19-20 to begin its deliberations on the bills, according to an announcement on the commission’s website. The meetings in Richmond will be open to the public, and the commission has set aside three hours for public comment at the Aug. 20 meeting.

More than 60 bills were filed for the election-year special session Gov. Ralph Northam called in the aftermath of the May 31 mass shooting at a Virginia Beach municipal building that left 12 people dead. Northam urged the legislature to consider a variety of gun-control measures, including universal background checks, red flag laws, restrictions on assault-style weapons and reinstatement of the one-handgun-a-month law.

Lawmakers returned to Richmond on Tuesday, but Republican leaders abruptly adjourned the proceedings, saying they would not reconvene to act on gun bills until after the November elections.

Republicans sent the bills to the Crime Commission for study and asked for a report in November.

The bipartisan commission is led by pro-gun rights Republicans, and Democrats portrayed the move as a punt that allowed Republicans to avoid taking action on the issue.

The Crime Commission said it will also accept written comments from the public. That process is still being finalized.

Both meetings will be in the Shared Committee Room at the Pocahontas Building.

Virginia State Capitol building photographed from the roof of the SunTrust Bank building.

A man carrying a pistol walked past anti-gun citizens waiting to enter the Pocahontas Building at Richmond’s Capitol Square on Tuesday, during a General Assembly special session on guns.