Moderna asking US, European regulators for emergency use of COVID-19 vaccine

It’s not about the Confederate statues or the re-emerging debate over reparations for slavery.

The struggle for black equality, 400 years after the first enslaved Africans arrived in Virginia, isn’t just about disparity in wealth, education and treatment by the criminal justice system, although those are top priorities of the Congressional Black Caucus in a U.S. House of Representatives that Democrats control for the first time in almost a decade.

The solutions come down to elections and the political ability to right old wrongs, according to three leaders of the Congressional Black Caucus who discussed the issues facing black America on Saturday during a town hall at the Virginia Museum of History & Culture. The forum came on what the participants called a historic day for Richmond, marking the renaming of the Boulevard for Arthur Ashe.

Rep. Don McEachin, D-4th, who organized the town hall, said he’s confident that Democrats can persuade skeptical young voters to back the party, but only if the millennial generation sees the power of elections.

“They can be as skeptical of the Democratic Party as they want to be — I just want them to vote,” McEachin said during a panel discussion that included another Virginian, Rep. Bobby Scott, D-3rd, and Rep. Karen Bass, a California Democrat who is chairwoman of the caucus.

If the town hall resembled a Democratic pep rally for this year’s state legislative elections and next year’s presidential vote, it was because the three black congressional leaders see the stakes as so high after more than two years of Republican President Donald Trump.

“We’ve all seen two and a half years of collective trauma,” Bass said.

They see in Trump’s potential re-election the reversal of nearly 70 years of post-World War II progress, but they also don’t overlook the importance of elections this November that will determine political control of both chambers of the Virginia General Assembly.

“What you do in 2019 will set the stage for 2020,” said McEachin, who served in both state legislative chambers in his political career.

Asked for a response, John March, communications director for the Republican Party of Virginia, said: “African American unemployment is at an all-time low, and if you want to talk about race relations, let’s look at [Gov.] Ralph Northam and [Attorney General] Mark Herring,” both Democrats. Each has admitted an incident in the 1980s in which he wore blackface.

Scott, another veteran of both the Virginia Senate and the House of Delegates, reminded the audience of roughly 400 people at the town hall that the Republican-controlled General Assembly voted to expand Virginia’s Medicaid program last year after Democrats had a net gain of 15 House seats in the 2017 election and came within one vote of equalizing political representation in the chamber.

“It was a direct result of those elections that 400,000 people have lifesaving access to health care,” he said.

Health care — and the disproportionately bad outcomes for African American mothers and infants — was among eight big-picture issues addressed during the forum, held on the day that Richmond formally dedicated the rechristened Arthur Ashe Boulevard and the museum opened a new exhibition, “Determined: The 400-Year Struggle for Black Equality.”

“Whoever heard of a street named the Boulevard? They were just waiting for the time,” Scott quipped as audience applause swallowed the end of the statement.

McEachin and Scott recalled that when they were first elected to General Assembly — McEachin in 1995 and Scott in 1977 — the state budget paid the Sons of Confederate Veterans to tend the graves of Confederate dead. The state took ownership of the Home for Confederate Women in 1989. The Virginia Museum of Fine Arts assumed control of the building along Sheppard Street and turned it into offices and other program space.

Richmond’s Confederate monuments were a mystery to Bass, who represents part of Los Angeles. She said she planned to visit Monument Avenue for the first time on Saturday afternoon, but suggested the U.S. follow the example of de-Nazification in Germany after World War II.

“In Germany, some of these things would be illegal,” she said.

Bass defended a proposal by Rep. Sheila Jackson-Lee, a Texas Democrat, to create a commission that would study the issue of reparations for slavery and address the inequities created by 246 years of bondage ended by the Civil War and the 13th Amendment.

Scott said the disparities created by slavery, as well as the violent rollback of black political power in the Reconstruction and Jim Crow eras, are real, but he prefers to focus on solutions.

“I don’t want to wait until we figure out the reparations issue,” he said. “I want to get started today.”

The unresolved issues of racial disparity include education; environmental justice; greater support for historically black colleges and universities; violence against African American transgender women; and, above all, the criminal justice system, the participants said.

“It is front and center in the agenda of the legislative black caucus,” Bass said.

“The evidence on mandatory-minimum [sentences] is all they do is waste taxpayer money and load up the prisons,” he said.

For McEachin, one place to start would be to decriminalize possession and use of marijuana, vacate people’s sentences for those offenses and expunge their records.

“What you really want folks to be is smart on crime,” he said. 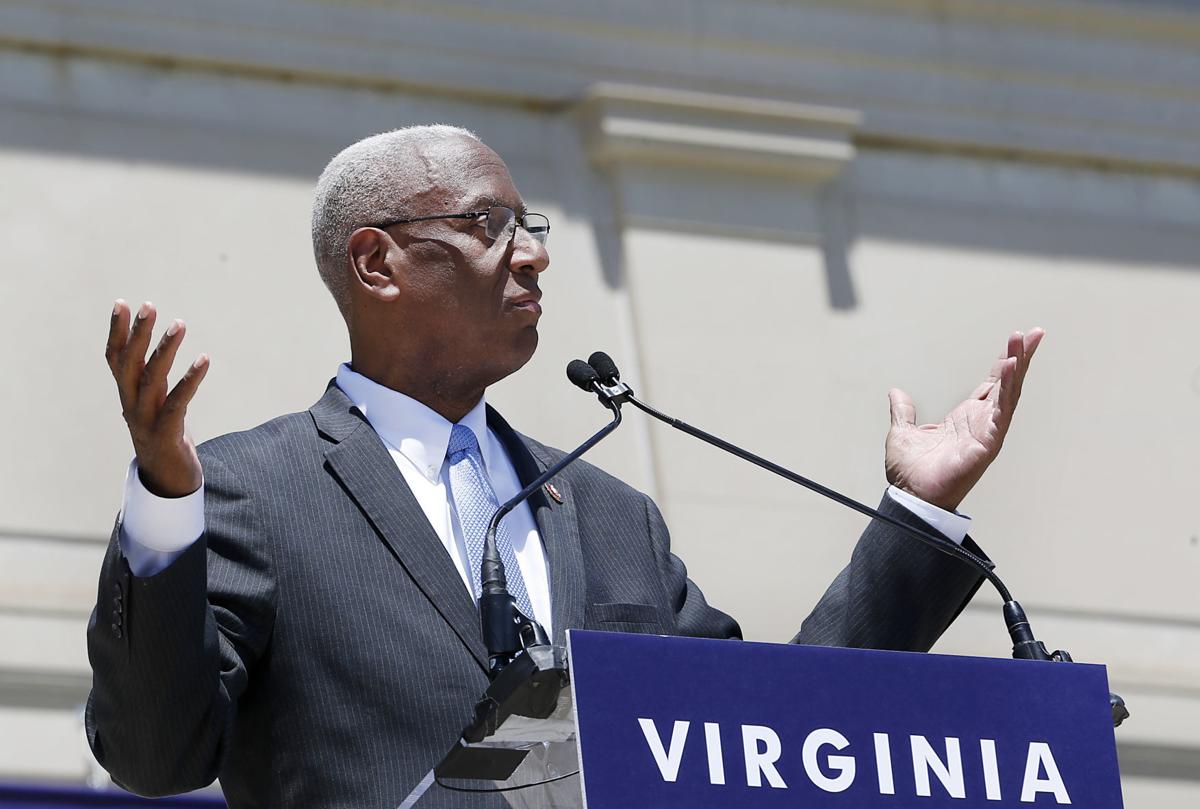 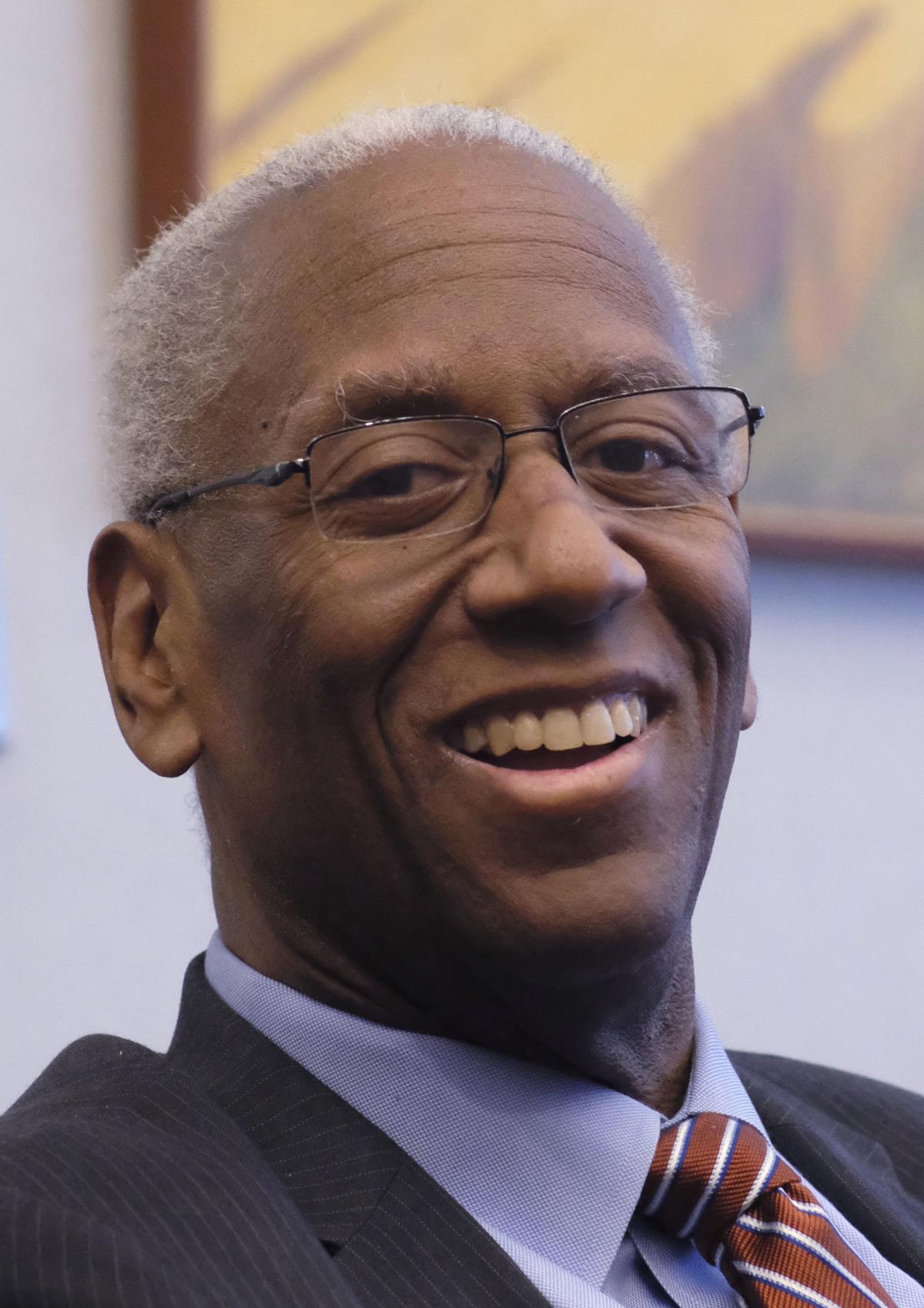 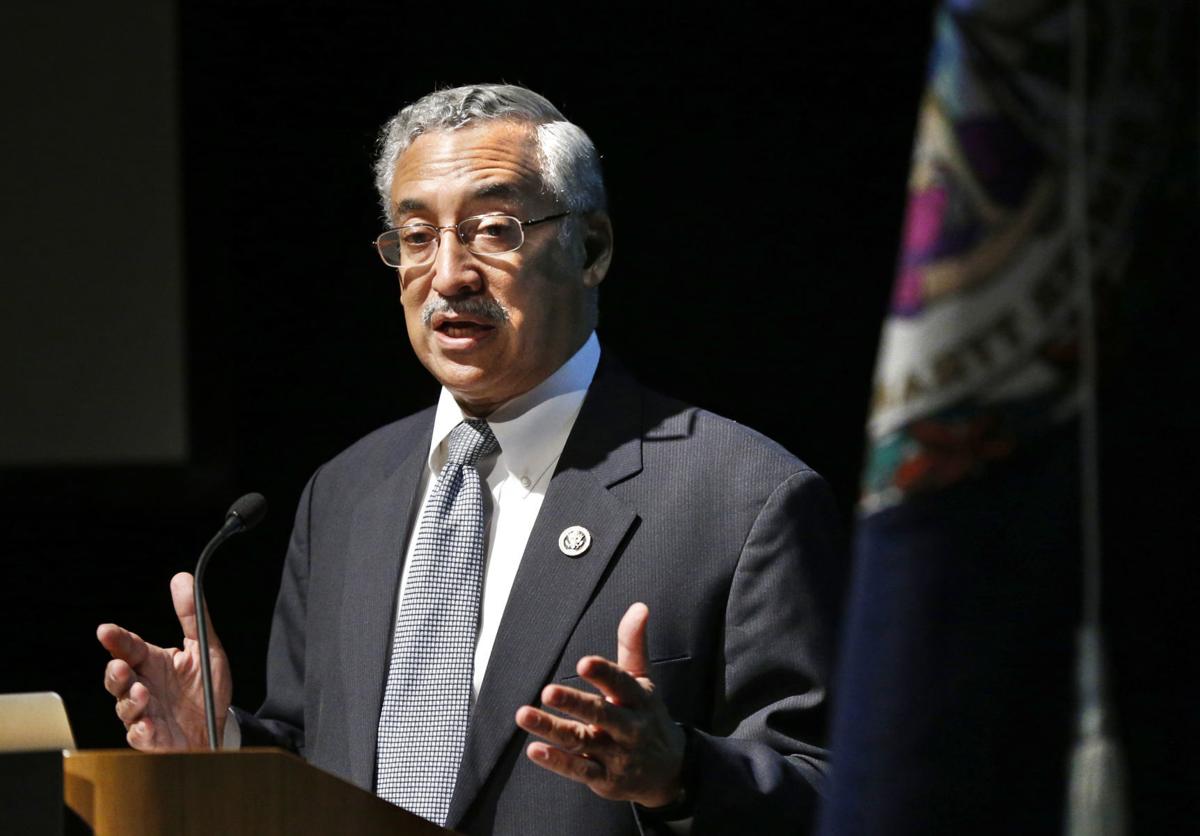 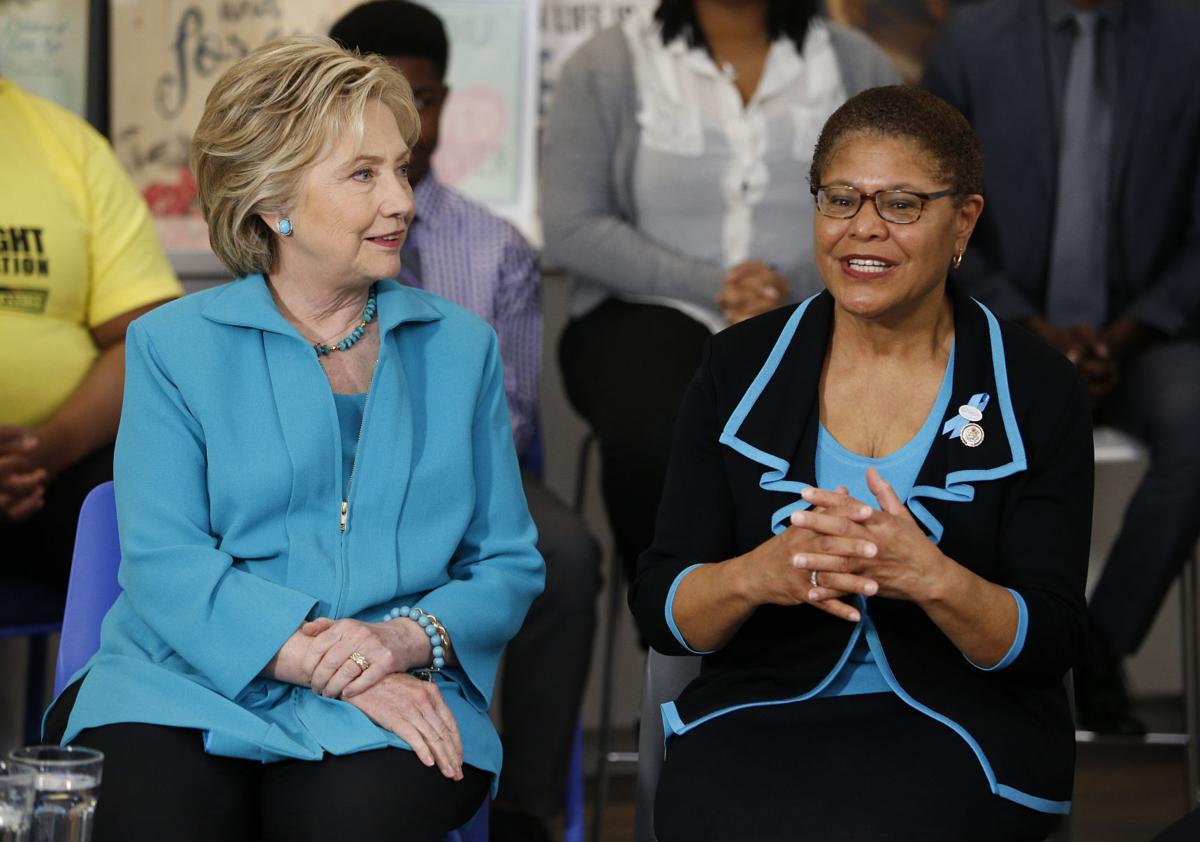