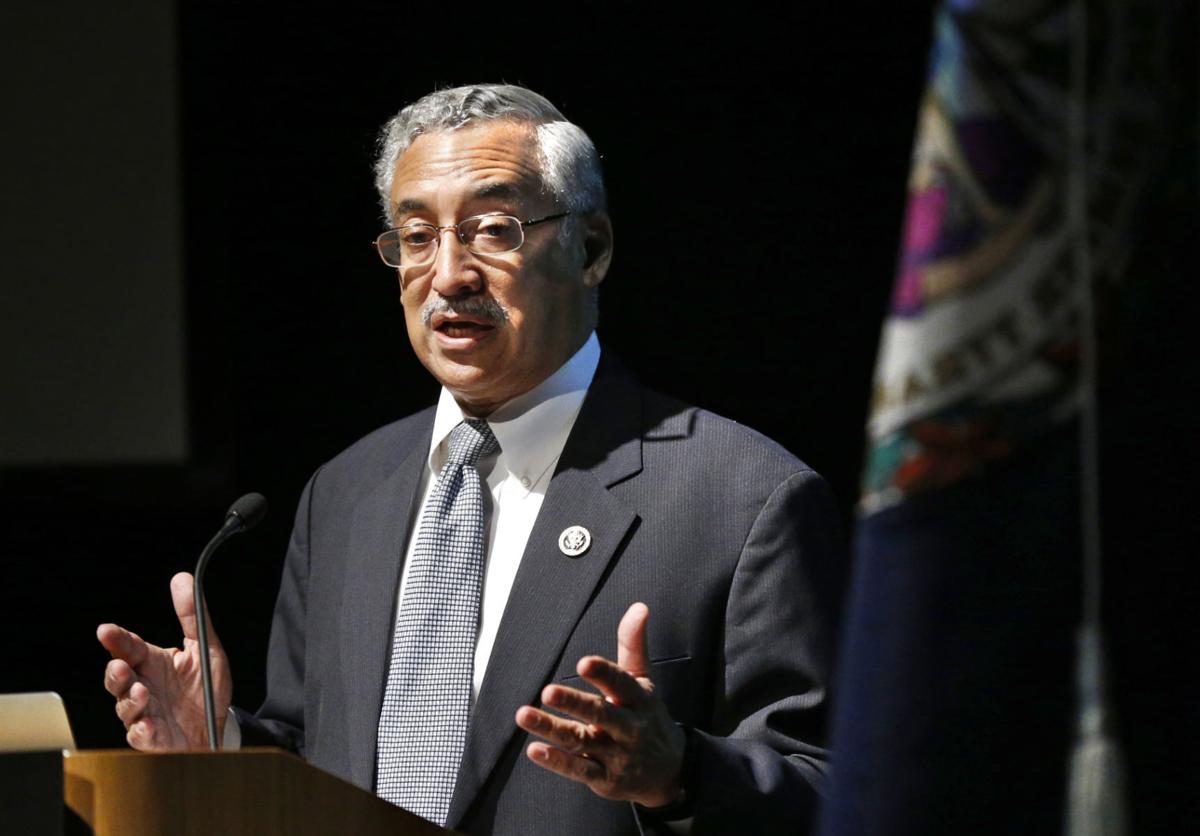 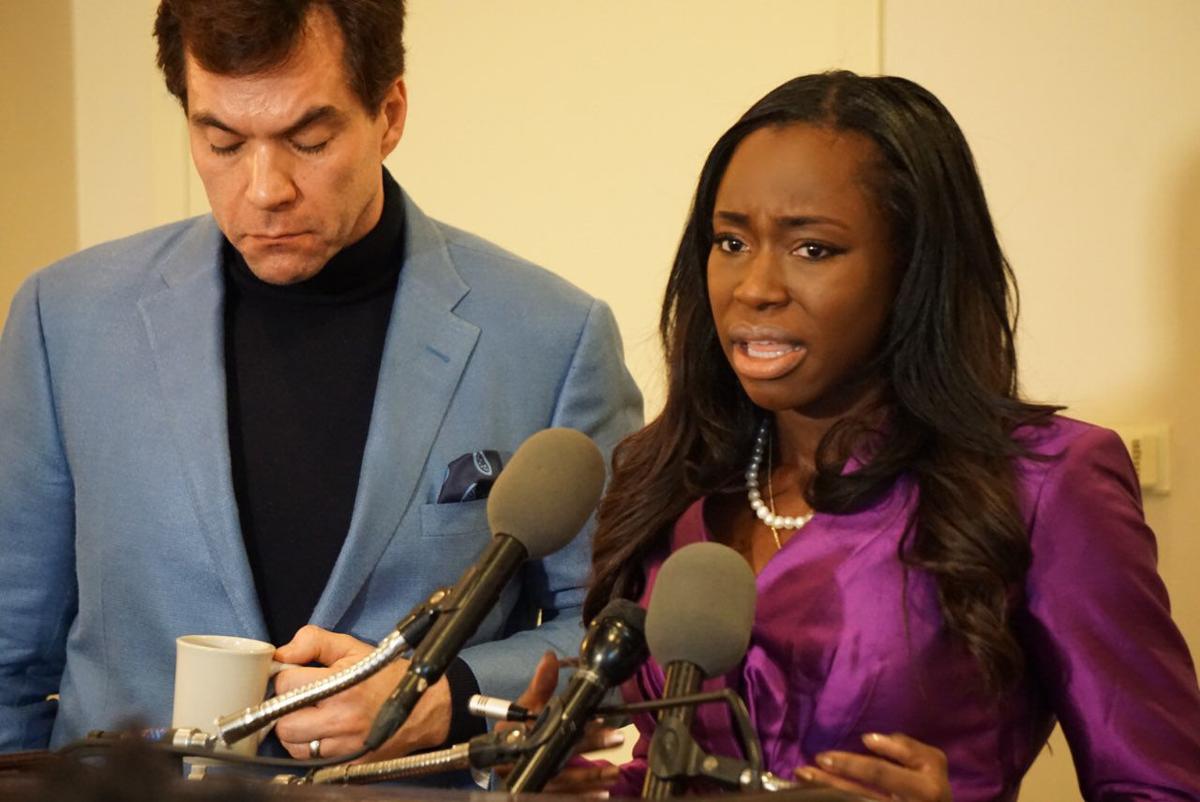 At a news conference in Arlington, M. Reese Everson, a former fellow for the Congressional Black Caucus Foundation, said Scott made inappropriate comments to her in 2013 and, in separate episodes, touched her on the leg and lower back.

Everson was accompanied at the news conference by lawyer Jack Burkman, a Republican lobbyist who has investigated various conspiracy theories surrounding the 2016 murder of Democratic National Committee staffer Seth Rich.

Scott denied the allegation in a statement released Friday afternoon.

“The recent national discussion about sexual harassment is valued and important to our work to continue to make the workplace free from harassment and discrimination,” Scott said. “False allegations will squander this momentous opportunity for dialogue on meaningful change in the workplace. I am confident that this false allegation will be seen for what it is when the facts are adequately reviewed.”

Scott is the latest political figure accused of sexual misconduct as women continue to come forward with stories of mistreatment and abuse by powerful men.

Scott, who has served in Congress since 1993, formerly represented the Richmond area, but his district was redrawn in January 2016 to center on the Hampton Roads region.

Everson said that in May 2013, when she was helping Scott prepare for an event in California, she asked if she should accompany him on the trip. Everson said Scott then asked her if she would “be good” if she came along.

“He said, ‘Well if you’re going to be good then what’s the point of you coming?’ ” Everson said. “I replied ‘Huh?’ Because it didn’t dawn on me the conversation that was actually happening. He said, ‘Are you going to flirt with me?’ I said, ‘No, don’t flatter yourself.’ And I thought that I could lighten the mood in a joking way. But anger flashed across his face and he was disgusted and angry.”

Everson also accused Scott of inappropriately touching her on her lower back while introducing her to another person and touching her leg during a ride on the underground train system on Capitol Hill. Everson said her efforts to take her complaints to other congressional leaders went nowhere, and she ultimately lost her job.

Everson had planned to go public with her allegations in an earlier news conference in late November, but she said she was unable to go forward with it because she was afraid to speak out.

Scott’s statement sought to cast doubt on the veracity of Everson’s claims by saying she was “backed by a Republican operative known for dabbling in outlandish conspiracy theories.”

Everson and Burkman insisted their motivations were not political.

A self-described sexual harassment expert and the author of a book titled “The B.A.B.E.’s Guide to Winning in the Workplace,” Everson was questioned at the news conference about why she had previously described the harassment as non-physical.

Everson said there was no physical contact when Scott made the alleged comments in his office.

“It’s not one incident. It’s a series of events over time,” said Burkman, who called for Scott to resign and said Congress should investigate Everson’s claims.

In a discrimination complaint filed with the D.C. Office of Human Rights in 2014, Everson said she was a victim of “unwelcome” comments on May 20, 2013, but did not mention any physical contact.

Everson said she recently dropped the discrimination complaint to pursue potential litigation. No lawsuit has been filed.

Scott’s office on Friday defended him.

“He described the allegation, and that it was false,” Dailey said.

As Everson interviewed for another placement within her fellowship, she emailed then-Scott chief of staff Joni Ivey on June 4, 2013: “I am very grateful for the time you and Mr. Scott have allowed me to be here.”

On Sept. 17, 2013, Everson emailed Ivey to again thank her and apologize “for what may appear to have been a rushed decision leaving the office. …” Everson said she was overwhelmed by the process of starting in a new office.

But on Nov. 13, 2013, Everson emailed Ivey in a different tone saying she regretted not receiving more mentorship from her.

She went on: “Back in August, it came to my attention that you had less than positive things to say about me, not only to my then Staff Director, but to others on the Hill.”

She later continued: “I too have feedback of experiences within the office of RCS that were unwelcomed, but I had not disclosed them because it was important to me to first share them with you.”

Ivey replied: “Who is your staff Director. I have not had a conversation about you with anyone.”

Everson asked Scott to write a letter of recommendation for the second half of her fellowship and he did so, dated May 3, 2013.