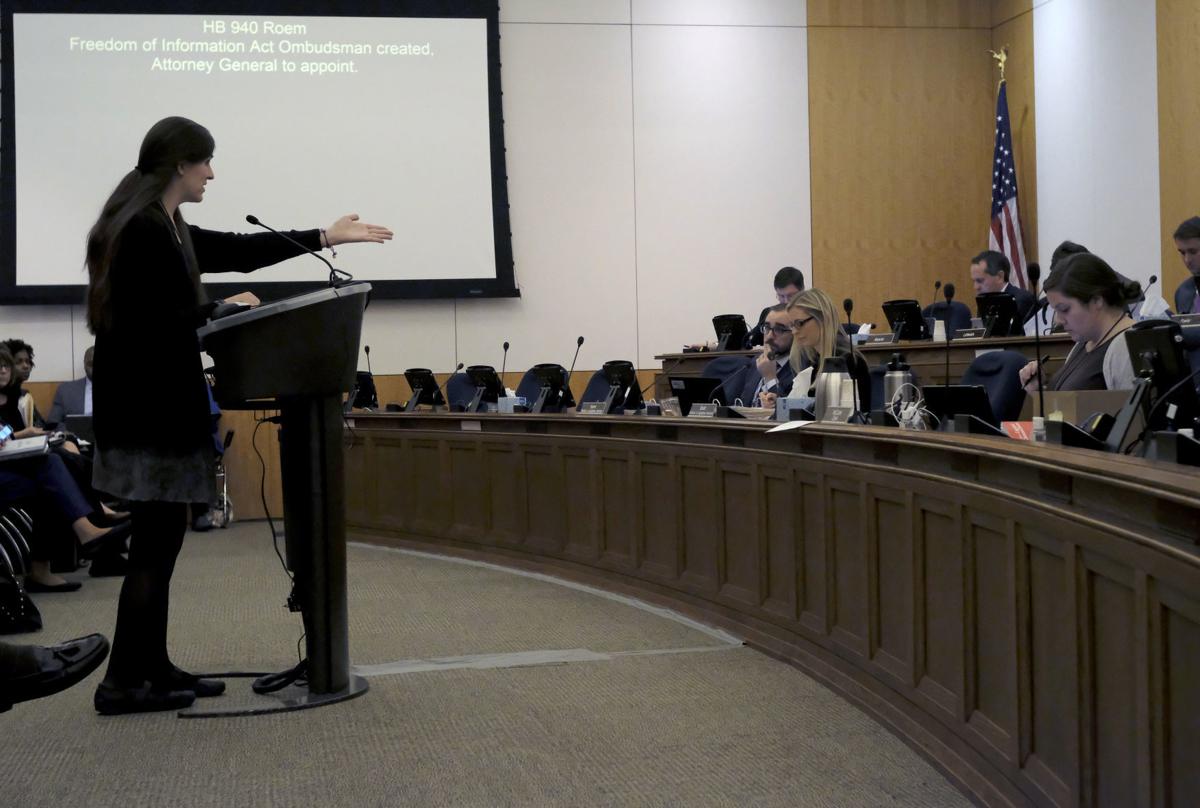 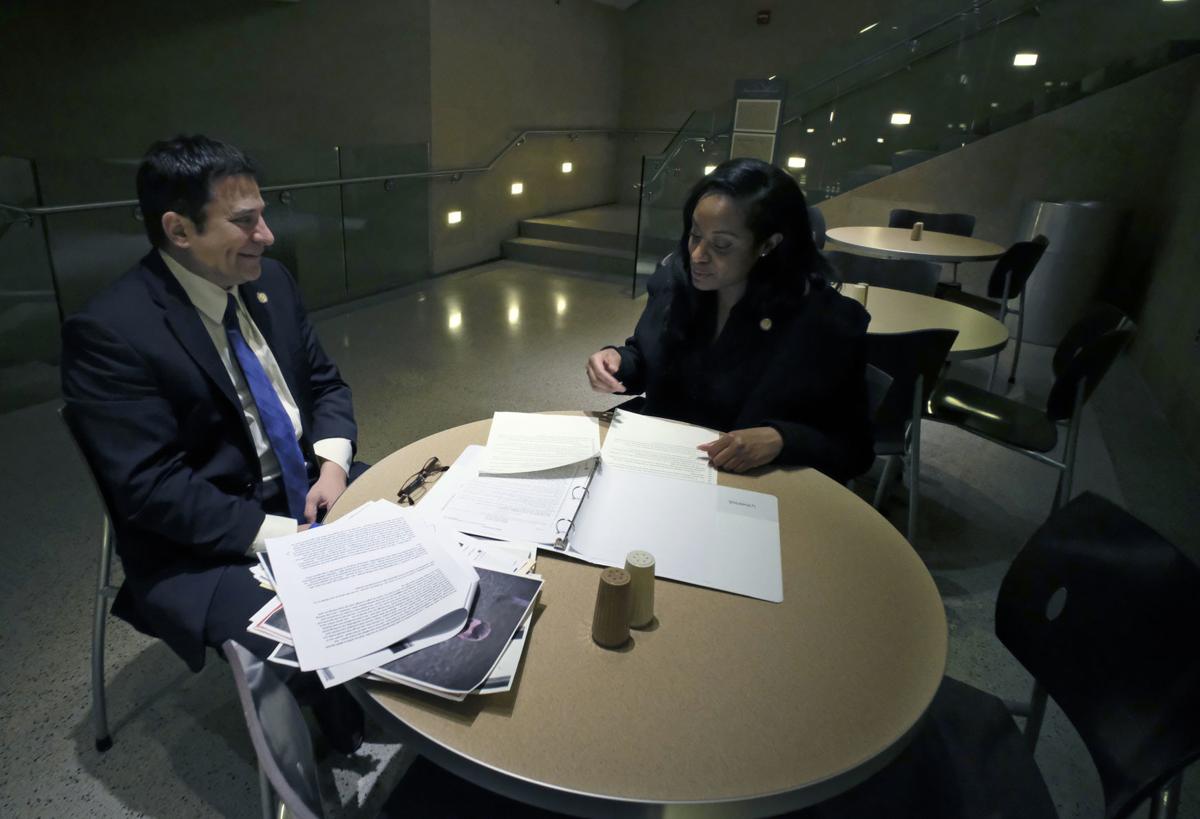 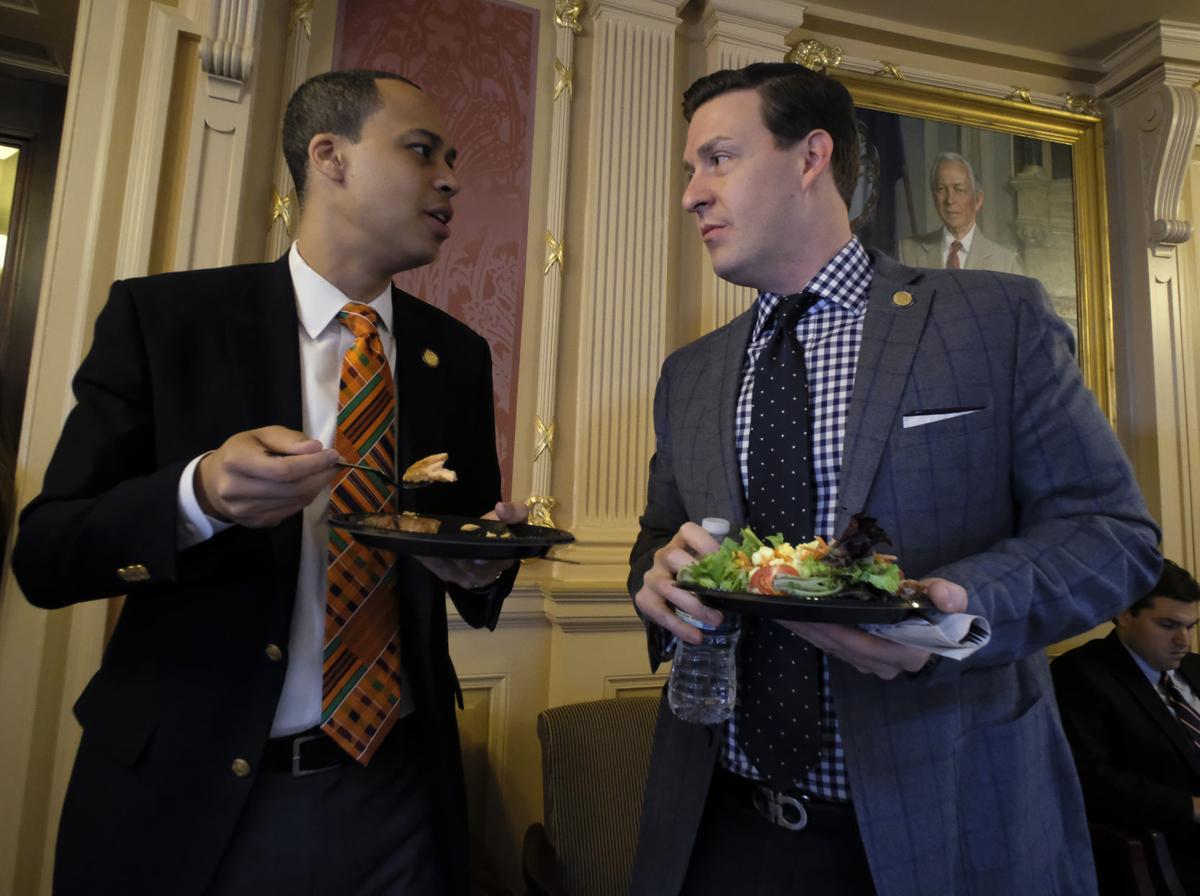 As a star of Virginia’s 2017 elections, all cameras seemed to be on Del. Danica Roem, D-Prince William, earlier this year when she made history as the first transgender lawmaker sworn in to the General Assembly.

When the focus turned to the arduous work of taking up the 1,610 bills filed in the House of Delegates, Roem’s national profile didn’t easily translate to personal legislative victories. All 11 of her bills died in Republican-controlled committees and subcommittees, as did more than 85 percent of the bills filed by the 16 freshmen Democrats elected in last year’s blue wave.

“One thing that you learn really quickly is that your bill is presumed dead until you give them a reason to pass it,” Roem said.

Though the House’s new Democratic lawmakers have made their presence felt in other ways both big and small, just 27 of the 202 bills they filed are still alive after the House finished work on its own legislation at the crossover deadline, according to a Richmond Times-Dispatch analysis of bills with freshmen listed as the chief patron. The analysis did not include resolutions, which convey the will of the body but do not carry the force of law.

A random tiebreaker secured a 51-49 GOP majority, setting up a session in which ascendant Democrats have the energy, but Republicans still have the numbers.

Thirteen of the 16 Democratic freshmen got at least one bill passed, many of them technical in nature. In the current House environment, said Minority Leader David. J. Toscano, that’s no small feat.

“You come down here as a first-timer and you think, well, you’re going to shake the world,” said Toscano, D-Charlottesville. “But then you find out that it’s not easy to get a bill passed, whether you’re a freshman or you’ve been here for a long time.”

Of the 1,610 bills filed by all 100 delegates, 589 passed the House, a success rate of about 36.6 percent, according to session statistics on the state’s legislative website.

Roem said she intends to build on the groundwork she’s laid so far and “keep fighting” for her district. If the stronger Democratic ranks help bring about a major deal on Medicaid expansion, she said, the growing pains will fade away.

“If we can get that done, that would be the crowning achievement of this General Assembly. Without question,” Roem said.

Del. Lee Carter, D-Manassas, another freshman, saw all 10 of his bills die. Many dealt with workers’ rights. Another would have enacted net neutrality rules at the state level to prevent broadband providers from favoring some forms of online media over others. A pedestrian safety bill he filed that would have required motorists to come to a complete stop at crosswalks failed on party lines.

Asked about his first impressions of the legislative process, Carter said he was surprised by the clout big business seems to carry during subcommittee hearings.

“A dozen people come up and they have these long, thought-out testimonies about how the bills will impact their lives and why the bill is crucial to protecting the community,” Carter said. “And then the big-business lobbyists come up and just say, ‘Hi. I’m with this organization. We oppose.’ They don’t even have to give a reason.”

Del. Schuyler VanValkenburg, D-Henrico, a high school government teacher with plenty of expertise on how legislatures work in theory, won House approval for two of his six bills.

“You know the system in the abstract. And you know how it works historically,” VanValkenburg said. “But you still have to learn the rhythms and the mentalities of each committee and caucus. Who’s who. What’s what.”

Even though the new Democrats often struck out with their own bills, their combined influence has made a difference on the House floor.

Just before last Tuesday’s crossover deadline, Republicans kicked two of their own bills back to committee, usually a sign of trouble if they had been put to a full vote. One would have repealed a ban on guns in churches. The other was a constitutional amendment to give the legislature power to overrule executive branch regulations.

In a vote to amend a major electricity regulation bill last week, Democrats drew enough Republican votes to pass a consumer protection amendment seen as a major rebuke of Dominion Energy, perhaps the most politically influential corporate interest in the state.

“That’s a testament that there’s a change and it’s growing,” said Del. Jennifer Carroll Foy, D-Prince William, a newcomer who saw four of her 18 bills pass. “The change may not be happening as quickly as we’d like. But I do believe it’s coming.”

The extra Democratic votes have not changed the outcome in the House for long-blocked progressive proposals like a higher minimum wage or stronger laws against anti-LGBT discrimination, and the diminished Republican caucus still controls the flow of legislation.

But the bigger Democratic minority also brought a learning curve for Republicans.

Under the Republicans’ former 66-34 majority, no single Republican vote made all that much difference. This year, House Majority Leader Todd Gilbert, R-Shenandoah, has enforced strict discipline when party-line votes are coming up, sending staffers to find Republicans who are on bathroom breaks and ordering delegates to sit back down if they try to walk away from their desks at the wrong time.

The House’s three Republican freshmen fared a little better, winning passage of 12 of the 32 bills they introduced.

Del. Emily Brewer, R-Suffolk, who saw six of her 10 bills pass, said there’s a misconception that committee and subcommittee votes automatically break down along partisan lines, when regional issues and each lawmaker’s personal experience can be just as important.

“So many people think that all politics is like D.C. It’s not,” Brewer said.

Del. Jay Jones, D-Norfolk, had a uniquely high success rate with his bills. He passed four, but he only filed five.

Jones said he already had a “decent idea” of what it takes to get a bill through, because he had already worked in the House as a page and intern. He now represents the same district his father, former Del. Jerrauld C. Jones — now chief judge of Norfolk’s Circuit Court — represented for 14 years from 1988 to 2002.

“For me, the most interesting part is that everybody really does get along on 90 or 95 percent of the things that come through here,” Jones said. “It’s really surreal to be a part of the oldest lawmaking body in the Western Hemisphere.” 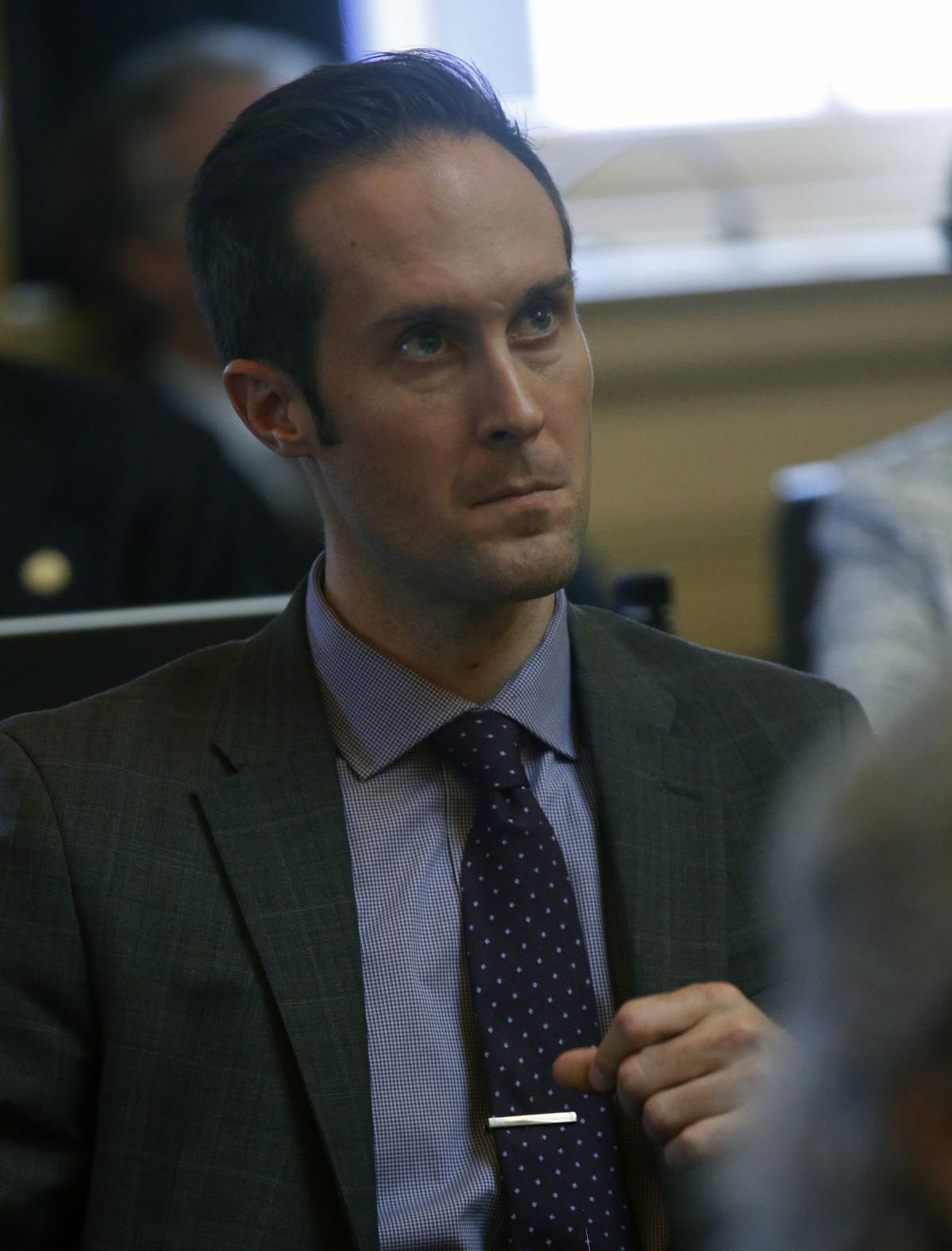 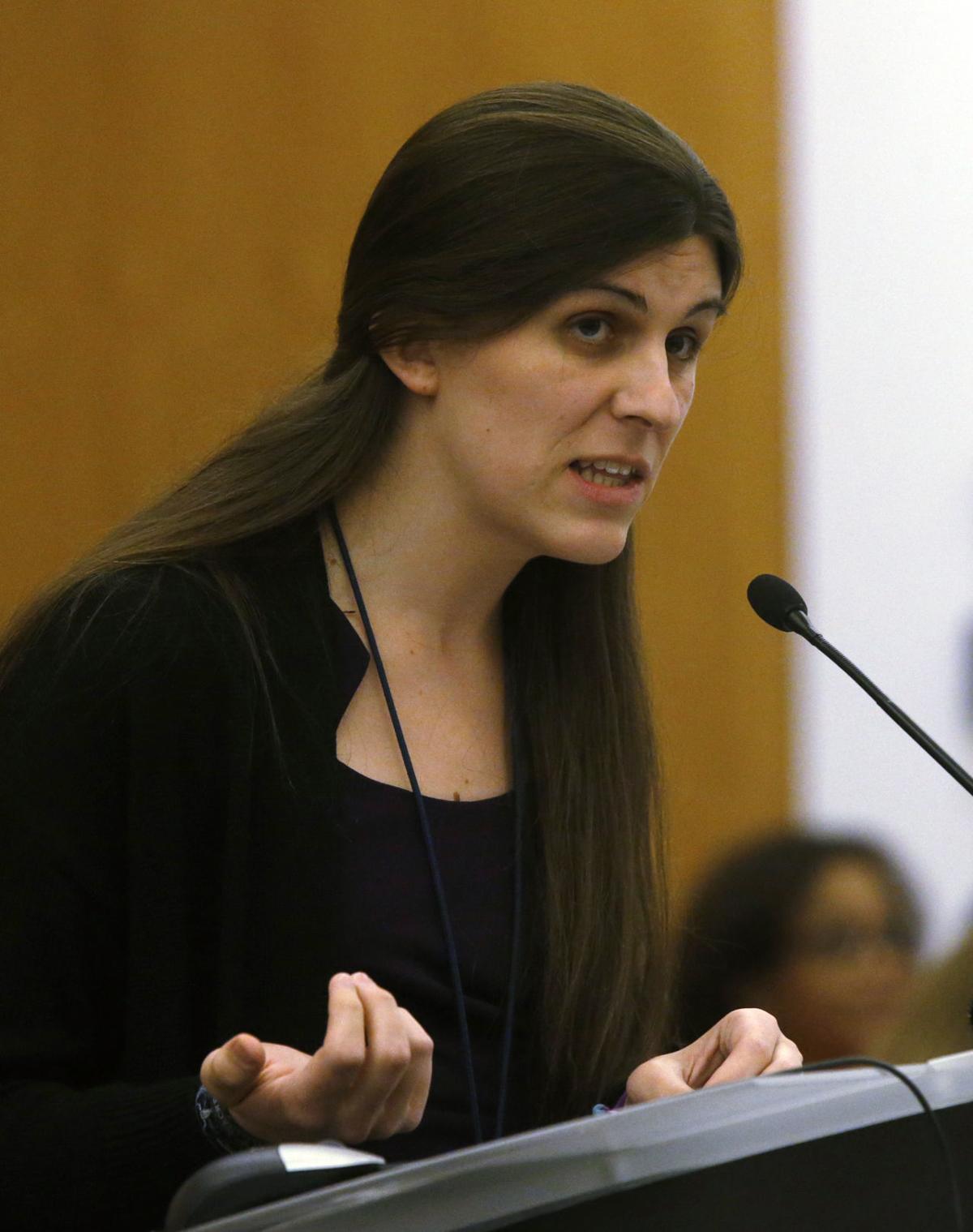 Del. Danica Rhoem, D-Prince William, left, presents her first bill, relating to freedom of information, during a meeting of a House General Laws subcommittee at the State Capitol in Richmond, VA Tuesday, Jan. 23, 2018.