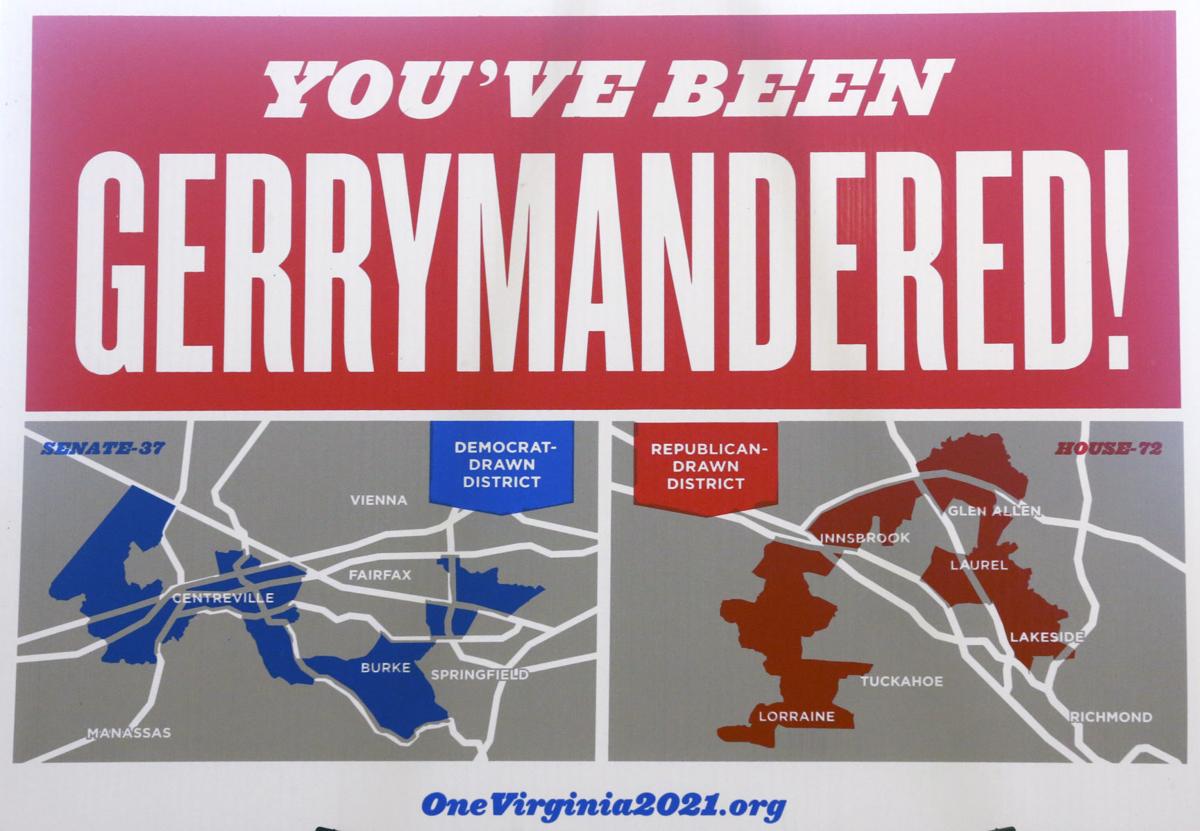 This graphic from the Citizens Constitutional Amendment Drafting Committee, was on display during a news conference earlier in the session. 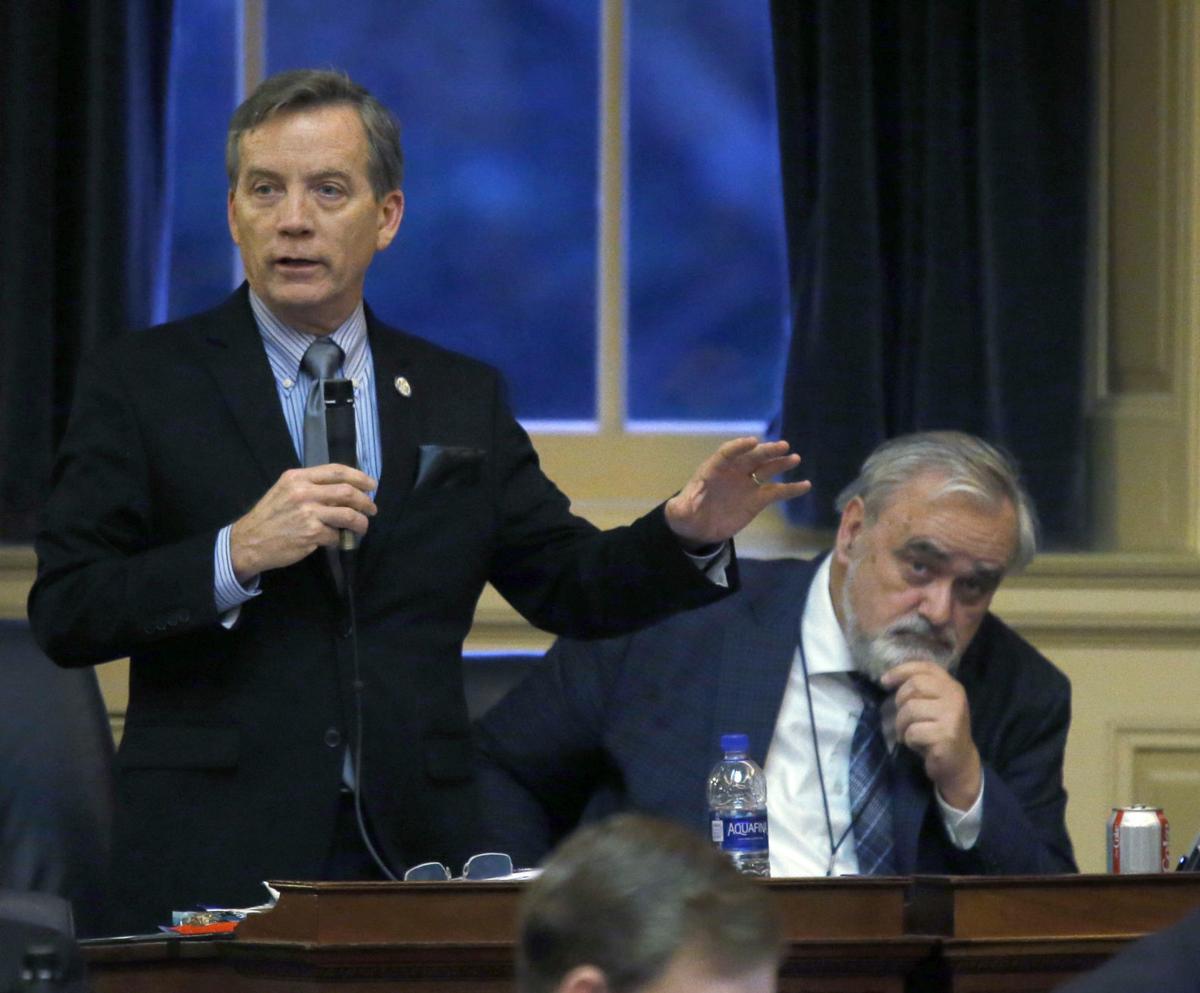 Virginia lawmakers struck a deal Saturday to create a 16-member redistricting commission that will redraw the state’s political map after the 2020 U.S. census, voting to approve the plan despite objections from African-American lawmakers.

The initial passage of a constitutional amendment was a breakthrough for anti-gerrymandering advocates who for years have pushed to take map-drawing power away from the General Assembly and give it to an independent panel.

“Although this bipartisan plan does not reflect every provision we urged in our original proposal, make no mistake: This reform will end partisan gerrymandering in Virginia,” said Brian Cannon, executive director of the anti-gerrymandering group OneVirginia2021.

The proposal that passed the House of Delegates and the Senate on Saturday evening calls for a bipartisan commission made up of eight citizen members and eight legislative members, four from the Senate and four from the House.

Legislative leaders would each come up with a list of possible citizen members, and a panel of five retired judges would select an equal number of citizen members from the lists proposed by each party.

“There would be no chance of somebody trying to pack the commission with an inordinate number of partisans,” said Del. Mark Cole, R-Spotsylvania, who sponsored a House version of the plan that was combined with a dramatically different Senate version.

Passing an amendment to the state constitution requires a multiyear process. The General Assembly would have to approve the amendment again next year. If that happens, it would go to voters as a state ballot referendum in 2020. Approval of the referendum would ensure the commission would be in place for the 2021 redistricting process after the next U.S. census.

The proposal passed the Senate 40-0 without debate. Its passage in the House proved trickier as several black legislators raised concerns the plan did little to ensure African-American representation on the panel that will wield power over Virginia’s political lines.

“We have great concerns about having African-American representation in the room for redistricting,” said Del. Lamont Bagby, D-Henrico, the chairman of the Virginia Legislative Black Caucus. “And this doesn’t guarantee that.”

The House vote was 83-15, with 14 Democrats and one Republican, Del. Lee Ware, R-Powhatan, dissenting.

“It is certainly not perfect,” Rasoul said. “But it does several important things.”

Del. Joe Lindsey, D-Norfolk, called the plan “piss-poor,” saying it was only a modest improvement over an earlier Republican proposal that the entire Democratic caucus opposed.

“There are some that say that we’re not abdicating our authority,” Lindsey said. “I’d say that’s exactly what we’re doing.”

The opposition came after a yearslong lawsuit over racial gerrymandering. Last summer, a federal court ruled that the General Assembly improperly prioritized race during the 2011 redistricting process to draw African-American voters into majority-minority districts. Democrats have argued that tactic was an attempt to dilute minority voting power, but Republicans have noted that the 2011 plan passed with input and support from many of the African-American lawmakers whose districts were ruled unconstitutional.

House Appropriations Chairman Chris Jones, R-Suffolk, the architect of the 2011 plan, said his party has made a concerted effort to promote African-American inclusion.

“Republicans have had more African-Americans on key committees than when the Democrats were in control,” Jones said. He added that he still believes the General Assembly should have map-drawing power, but the compromise announced Saturday “takes as much of the politics out of it as can be.”

Del. Marcia Price, D-Newport News, said it wasn’t enough for her white colleagues to say they “do nice things for black people” while treating structural fairness for African-Americans as “optional.”

The amendment states that the commission would have to draw lines that comport with all laws on “racial and ethnic fairness,” including the Voting Rights Act and the U.S. Constitution’s equal protection clause. But black lawmakers took exception to language that said districts should be drawn to allow minority communities to elect candidates of their choice “where practicable.”

With lawmakers having direct control over redistricting through the General Assembly’s existing process, Bagby said, representatives from majority-black communities at least have a seat at the table.

The General Assembly would have final approval over the proposed maps, but could not make its own changes. If the legislature failed to adopt a map after two proposals from the redistricting commission, the Supreme Court of Virginia would draw the lines.

The governor would have no role in the process.

The proposal states that all the commission’s meetings would be open to the public and all its records and communications would be considered public.

This graphic from the Citizens Constitutional Amendment Drafting Committee, was on display during a news conference earlier in the session. 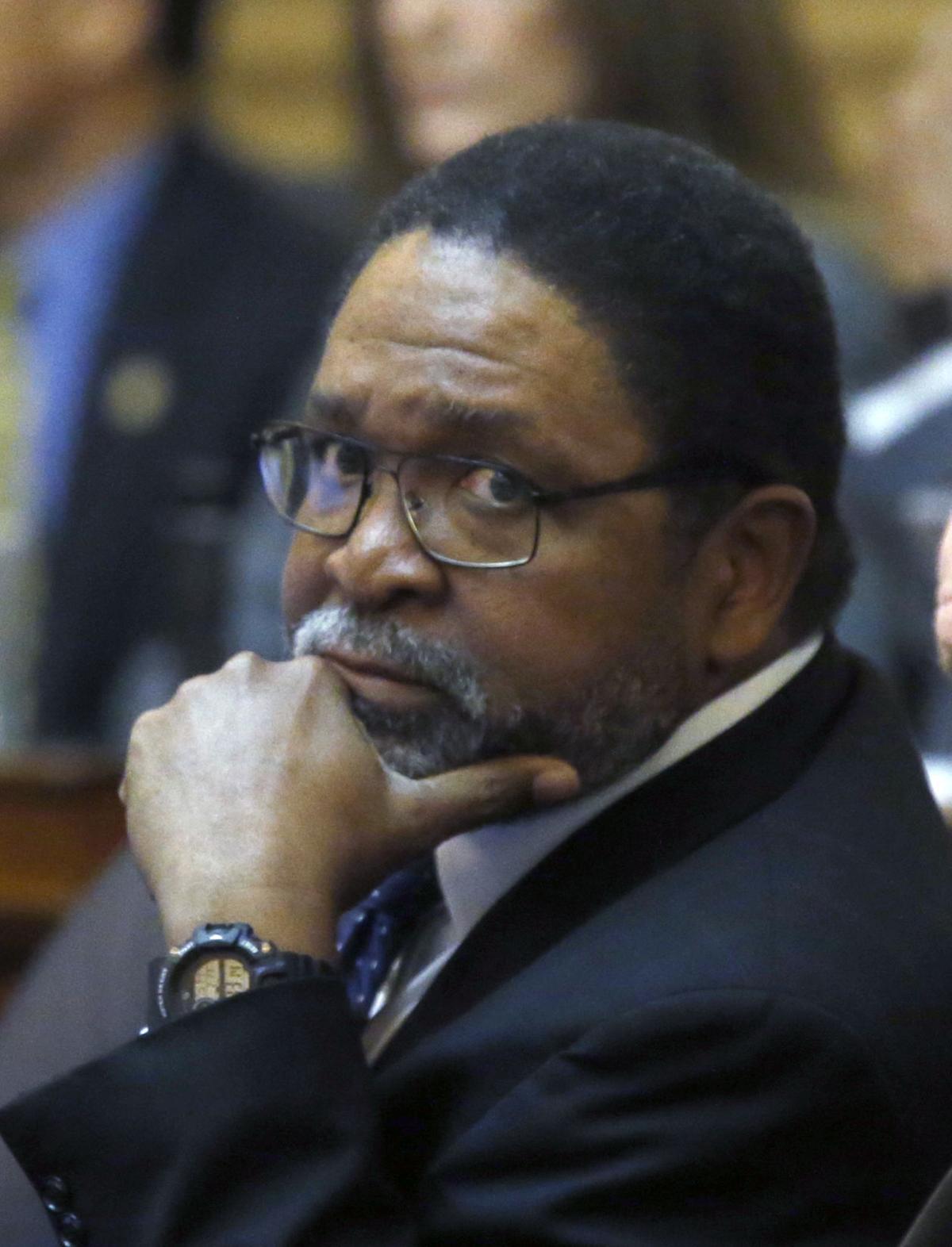