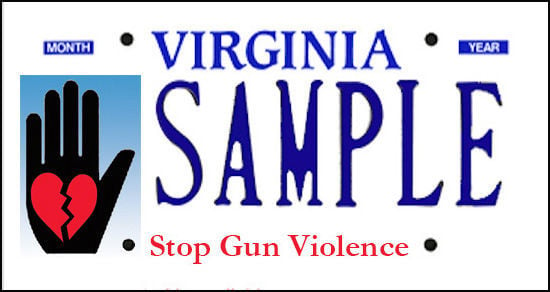 The House of Delegates on Friday approved a “Stop Gun Violence” license plate. 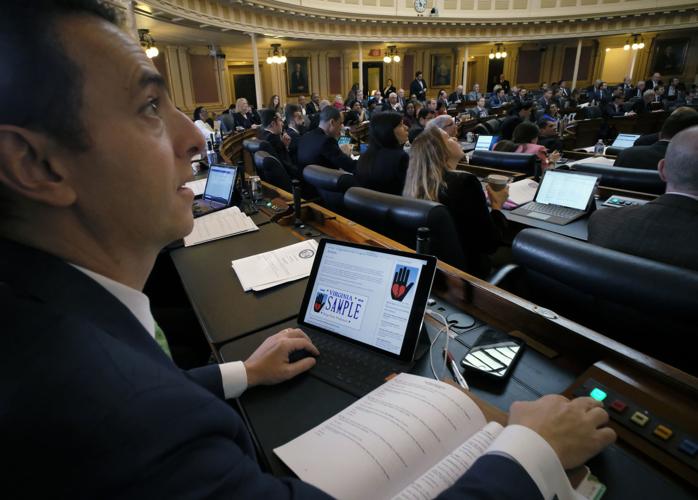 Virginia drivers can already get a state-issued license plate to show their support for the National Rifle Association, but a push for a “Stop Gun Violence” specialty plate took a contentious turn this week in the House of Delegates.

The House voted 89-8-1 to approve the bill Friday, with eight Republicans dissenting after House Majority Leader Todd Gilbert, R-Shenandoah, criticized the plate for singling out a particular type of violence.

“We’re the snowflakes,” said Del. Marcus Simon, D-Fairfax, the plate’s sponsor. “But these guys see ‘gun violence’ on anything and they go ballistic.”

During floor debate Thursday, Gilbert said Simon was trying to make a political point that goes beyond “a little ol’ license plate bill.”

“It is him trying to build a narrative that gun violence is somehow different from regular violence,” Gilbert said, asking Simon why the license plate couldn’t raise awareness of violence generally.

“I would suggest to the delegate that if he’d like to do that he can get his own bill. And his own license plate,” Simon said.

With the House’s approval, the plate now goes to the Senate.

The state already offers several license plate designs, which are typically requested by outside groups and approved by the legislature, with messages on controversial political issues. A “Trust Women, Respect Choice” plate raises money for Planned Parenthood, but the state also issues a “Choose Life” plate, which then-Gov. Tim Kaine signed off on in 2009 despite an outcry from abortion-rights activists.

The state also offers a “Don’t Tread on Me” plate with the Gadsden flag, a popular symbol among tea party groups, as well as a Robert E. Lee-themed plate declaring the Confederate general a “Virginia Gentleman.”

The legislation filed to create the anti-gun violence plate would’ve imposed a standard $10 plate fee. But Republicans argued it should cost $25, the rate for revenue-generating plates that raise money for a social cause.

Republicans argued that cause should be mental health, prompting Simon to accuse the GOP of hijacking the plate’s message.

Simon said he filed the bill on behalf of a constituent, 65-year-old retired microbiologist Carol Luten, who gathered the 450 prepaid applications required before the Virginia Department of Motor Vehicles will consider issuing a specialty plate. That constituent’s concerns go well beyond the mass shootings that draw headlines and focus more on everyday gun violence, such as children dying because an adult left a firearm unattended, Simon said.

“The people putting this plate in ought to have a say about what that plate means and where the funds from it go,” Simon said.

Simon suggested the money from the plate could go toward domestic violence prevention, but Republicans voted to direct the money to mental health on a 50-48 party-line vote.

In an interview, Luten said she took up the anti-gun violence cause after the mass shootings at Sandy Hook Elementary School and the Washington Navy Yard. A Falls Church resident, Luten said she realized on a walk that license plates are “moving billboards” and started gathering support for the anti-gun violence design at farmers markets and festivals.

“I pray to God that it’ll pass,” Luten said.

The amount of money raised by the plates will depend on how many people purchase them.

“Obviously none of us support gun violence,” Freitas said. “The issue that I think a lot of us have is this idea of putting the focus on an instrument as opposed to a focus on the crime.”

Cline is running in a GOP primary to succeed retiring Rep. Bob Goodlatte, R-6th. Freitas is in a U.S. Senate primary vying with several other Republicans for the opportunity to take on Kaine.

Del. Dawn Adams, D-Richmond, abstained from the vote because the plate revenue would go to the Department of Behavioral Health and Developmental Services. Adams is on unpaid leave from her job at the agency and intends to return to it when the legislative session is over.

The Senate Judiciary Committee voted 9-6 on Monday to defeat the bill.

For the first time in years, the Richmond City Council met with the School Board to discuss the superintendent’s proposed fiscal year 2024 bud…

Adams is the first Black woman to lead the transit agency.

The Henrico County Board of Supervisors has elected Fairfield District Supervisor Frank Thornton as chairman.

The House of Delegates on Friday approved a “Stop Gun Violence” license plate. 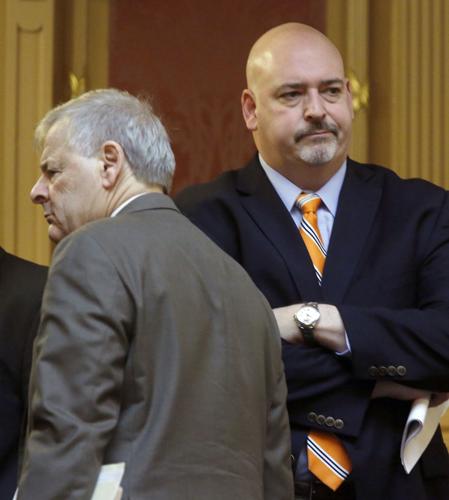