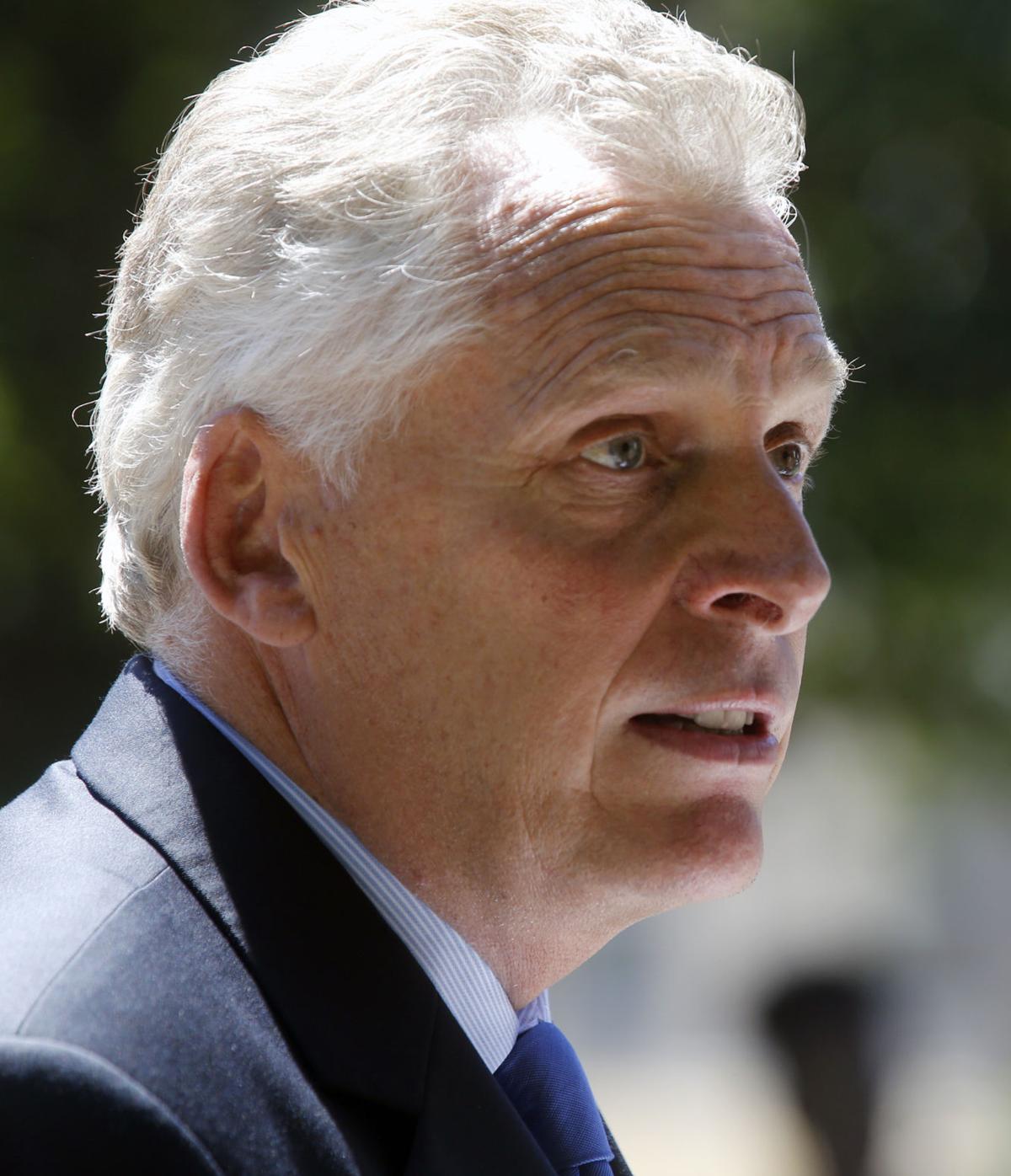 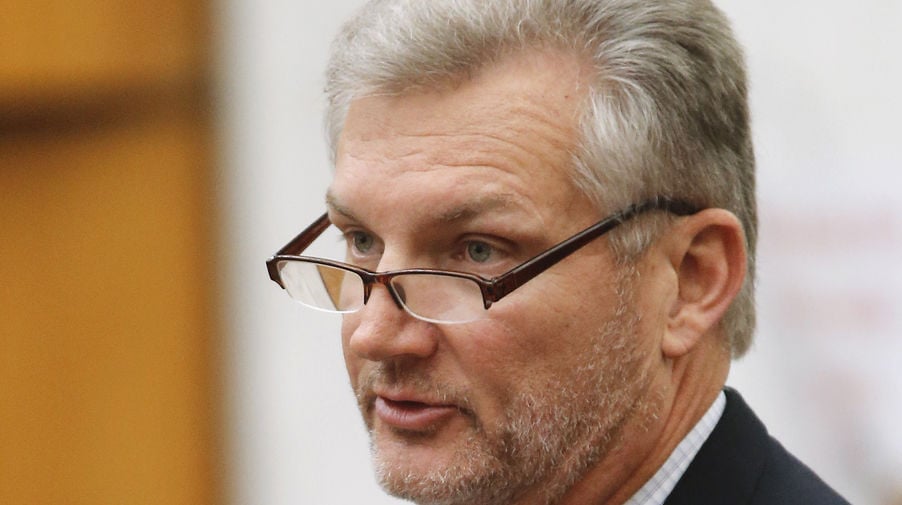 Virginia expects to save $2.5 billion in a public-private partnership contract that the state intends to award to a consortium to build express toll lanes and other improvements along 22.5 miles of Interstate 66 outside the Capital Beltway in Northern Virginia in order to relieve the worst traffic congestion in the state.

The group was one of two bidders for the project under new rules for public-private transportation deals. The rules are meant to protect taxpayers from costly projects such as the failed attempt to build a toll expressway along U.S. 460 and the ongoing expansion of the Downtown and Midtown tunnels in Hampton Roads.

The consortium won the bidding war against the rival Transurban/Skanska team with an offer that includes a $500 million upfront payment to Virginia, as well as a commitment for $800 million in public transit improvements and $350 million in other transportation projects in the I-66 corridor over the life of the toll concession. Construction is expected to begin next year and be completed in 2022.

“Not one single cent of taxpayer money will be used to construct” the project, known as Transform 66, McAuliffe said in the announcement at the Capitol.

The agreement also will free up to $600 million in state and regional money that had been allocated as a potential contribution to the project, but no longer will be required to pay for improvements in the state’s highest-priority transportation project.

The administration and legislative allies say the deal vindicates their decision to overhaul the 20-year-old Public-Private Transportation Act last year to protect taxpayers from the risks and costs the state was saddled with under previous agreements on U.S. 460 and the Downtown-Midtown Tunnel project.

“We put accountability at the forefront of the process, which I think was lacking before,” said House Appropriations Chairman S. Chris Jones, R-Suffolk, who sponsored legislation to reform the public-private partnership, or P3, process to increase public oversight.

Jones called the 2012 agreement between Elizabeth River Crossings and Gov. Bob McDonnell’s administration to expand and renovate the Downtown and Midtown tunnels between Norfolk and Portsmouth “one of the worst deals I’ve ever seen.” State officials say the deal has cost Virginia nearly $300 million to buy down tolls, while exposing the state to an estimated $700 million in penalties if it builds other projects that affect the private company’s toll revenue.

“It was too one-sided,” Jones said in an interview Thursday.

Jones also has been a fierce critic of the agreement McDonnell signed in late 2012 to build a 55-mile toll expressway along U.S. 460 from Suffolk to Prince George County.

McAuliffe canceled the project in early 2014 after discovering the state had little chance of getting a federal permit to destroy hundreds of acres of wetlands for a road that ultimately would have cost $1.8 billion in an uncongested region of the state. Ultimately, state taxpayers absorbed a $260 million loss on the project.

“We assumed all the risk, hence the taxpayer got left holding the bag,” Jones said.

Those deals prompted the McAuliffe administration to change the state’s approach to public-private transportation projects in order to ground deals in sound numbers and ensure the state was working from a strong bargaining position.

Ferrovial, one of the partners in the winning consortium, also was part of 460 Mobility Partners, which the state had contracted to build the ill-fated 460 expressway. Ultimately, the company agreed to a settlement that cost Virginia $210 million, as well as $50 million to bondholders, but allowed the state to avoid or recover an additional $49 million in costs.

“I’m not saying it was a good result,” Secretary of Transportation Aubrey L. Layne Jr. told the Transportation P3 Advisory Committee on Thursday afternoon. “I am saying the contractor negotiated in good faith and could have received additional monies.”

The governor said he didn’t like the original estimate two years ago for a public-private partnership to build the I-66 project from Interstate 495 to U.S. 15 in Haymarket, which would have cost the state $900 million to $1 billion, without money for transit improvements or other projects to relieve congestion in the clogged corridor.

“I’d rather have no deal than a bad deal,” he said Thursday.

The administration decided to start over with an approach based on what the project would cost if it was built by the state. The state ultimately decided it could build the toll lanes for $600 million, about $350 million less than the original estimate, and pay for it with toll-backed bonds.

“The key was the governor kept saying (to private vendors), ‘We’re going to do it ourselves unless you come to the table,’” Layne said in an interview.

Layne said the new approach saved $1.5 billion by including in any deal the cost of transit and other corridor improvements. The competition between the Cintra and Transurban teams resulted in offers that met the state’s terms, but the winning bid turned a $600 million public cost into a $500 million gain.

Layne credited both bidders in submitting proposals that met the state’s terms, and then some.

“We gave them a target and both teams exceeded it,” he said.

However, the Cintra-led consortium made a proposal that scored higher than the other offer on technical requirements and financial terms, Layne said.

“This was not a close call,” he said, adding that the deal marks “the first time in the state’s history that it has gotten a check for a concession.”

The administration got help this year from the General Assembly, which kept alive legislation that would allow the sale of $600 million in bonds to build the project if private vendors did not produce proposals that met the state’s terms. The legislation passed the Senate and was carried over in the House of Delegates, pending the outcome of competitive bidding.

The I-66 project is the first to go through the reformed law on public-private partnerships. The new rules require a finding of public interest that considers the risks, liabilities and responsibilities of a project, subject to review and approval by a new oversight committee that includes representatives of the General Assembly’s budget committees as well as the Commonwealth Transportation Board.

At the end of the process, the transportation secretary must certify that the project, as approved, still meets all the findings of public interest.

“The risks and rewards are in much better balance in the process than there had been in past deals,” Deputy Transportation Secretary Nick Donohue said.

Virginia chose Express Mobility Partners despite a critical report circulated by the Unite Here union of Ferrovial and its Cintra subsidiary for past bankruptcies and other controversies, such as toll hikes and contract provisions that require payments if state agencies build new road capacity that reduces toll revenue.

Ultimately, Layne said the state is less concerned about the company’s profits than the protection of taxpayer interests.

“I don’t care how much money they make as long as they do it cheaper than we can,” he said.

The agreement with Express Mobility Partners does, however, submit the state to certain restrictions. Officials have agreed to pay the consortium if the Washington Metropolitan Area Transit Authority extends the Orange Line during the next 10 years or if new general-purpose lanes are added to I-66 in that time frame. Neither project is likely to happen in the next decade, state officials say.

The consortium gets the right to collect and set tolls on the express lanes for 50 years, though tolls will be determined via an algorithm using “dynamic pricing.” The state will be able to audit the toll collections to ensure rates are within the contract terms, Layne said.

The project, expected to begin construction by the end of 2017, promises two express lanes alongside three regular lanes in each direction, with space in the median for transit. Vehicles with three or more people travel the express lanes free; others pay the toll. The general-purpose lanes are free to all traffic.

There will also be corridorwide bike and pedestrian improvements, 13 new and improved transit routes, new park-and-ride lots, and safety and operational improvements at key interchanges.

Cintra and Meridiam are the equity partners in the deal, meaning they will invest capital and assume debt related to the project, while Ferrovial Agroman U.S. and Allan Myers will be responsible for construction, said Patrick Rhode, a Cintra spokesman.

Cintra, which will manage the roadway once it’s finished, has its U.S. headquarters in Austin, Texas, and is a subsidiary of Madrid-based Ferrovial. It calls itself “the leading private-sector transportation infrastructure company in the world,” managing 1,200 miles of highways globally, including $8 billion worth of projects in the U.S. and $4.7 billion in Canada.

Lead contractors are Ferrovial Agroman U.S. Corp., another subsidiary of Ferrovial, and Allan Myers, which says it is the largest civil construction and materials company in the Mid-Atlantic region.

In a statement, Cintra and Meridiam pointed to experience “delivering large-scale infrastructure projects” such as the LBJ Express and North Tarrant Express lanes in the Dallas-Fort Worth area, both of which are “alleviating traffic congestion and achieving high levels of customer satisfaction,” the company said.

“It’s a privilege to be selected as the preferred proposer for this critically important, highly innovative transportation project serving residents and businesses in and around the D.C. metro area,” said Belen Marcos, Cintra’s U.S. president. “Our consortium is proud to be bringing our experience delivering state-of-the-art infrastructure projects that connect people to their home, work and communities.”