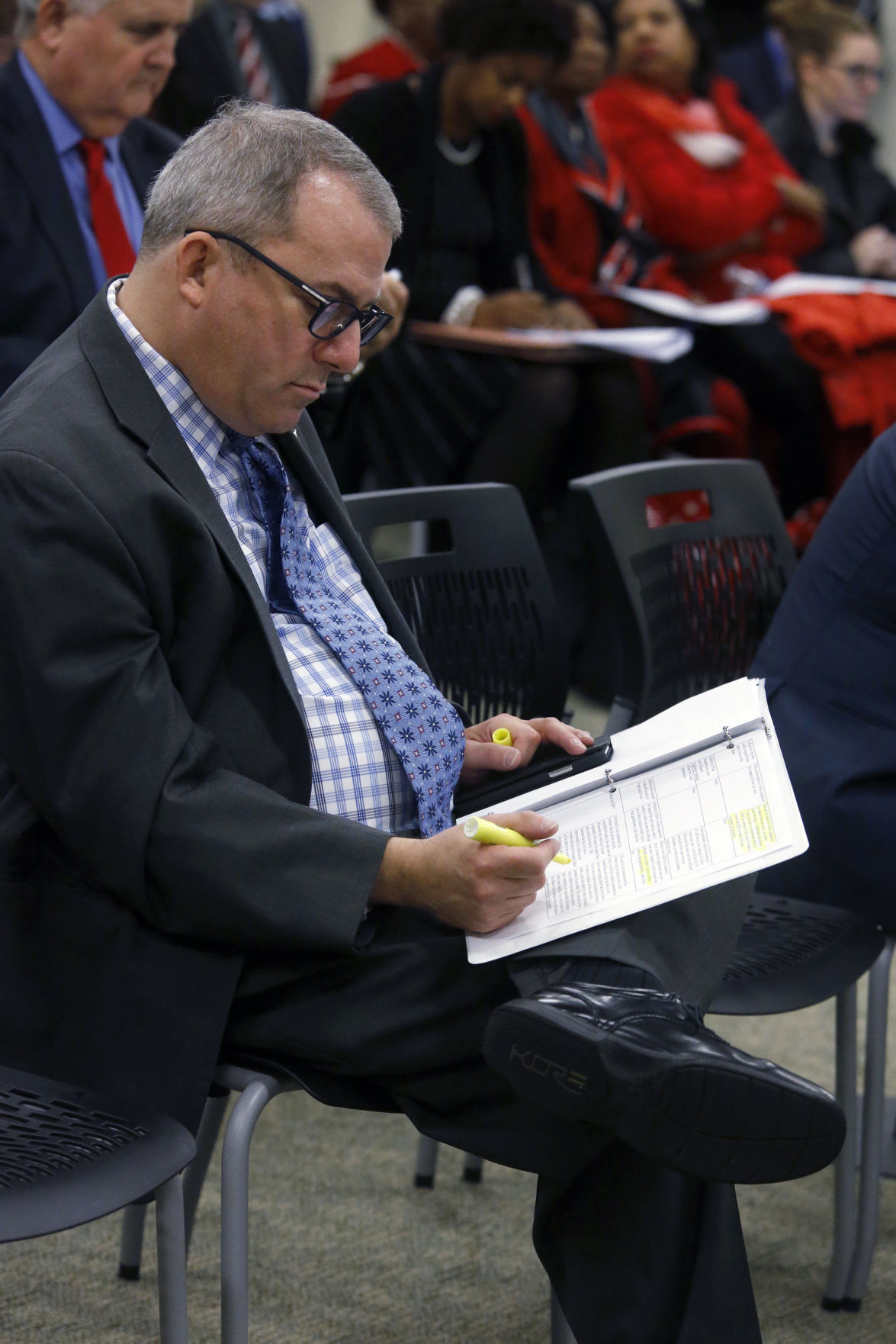 Sen. Adam Ebbin, D-Alexandria, made notes Monday during a meeting of the Senate Courts of Justice Committee. Ebbin’s bill to decriminalize small amounts of marijuana was struck down on a party-line vote. 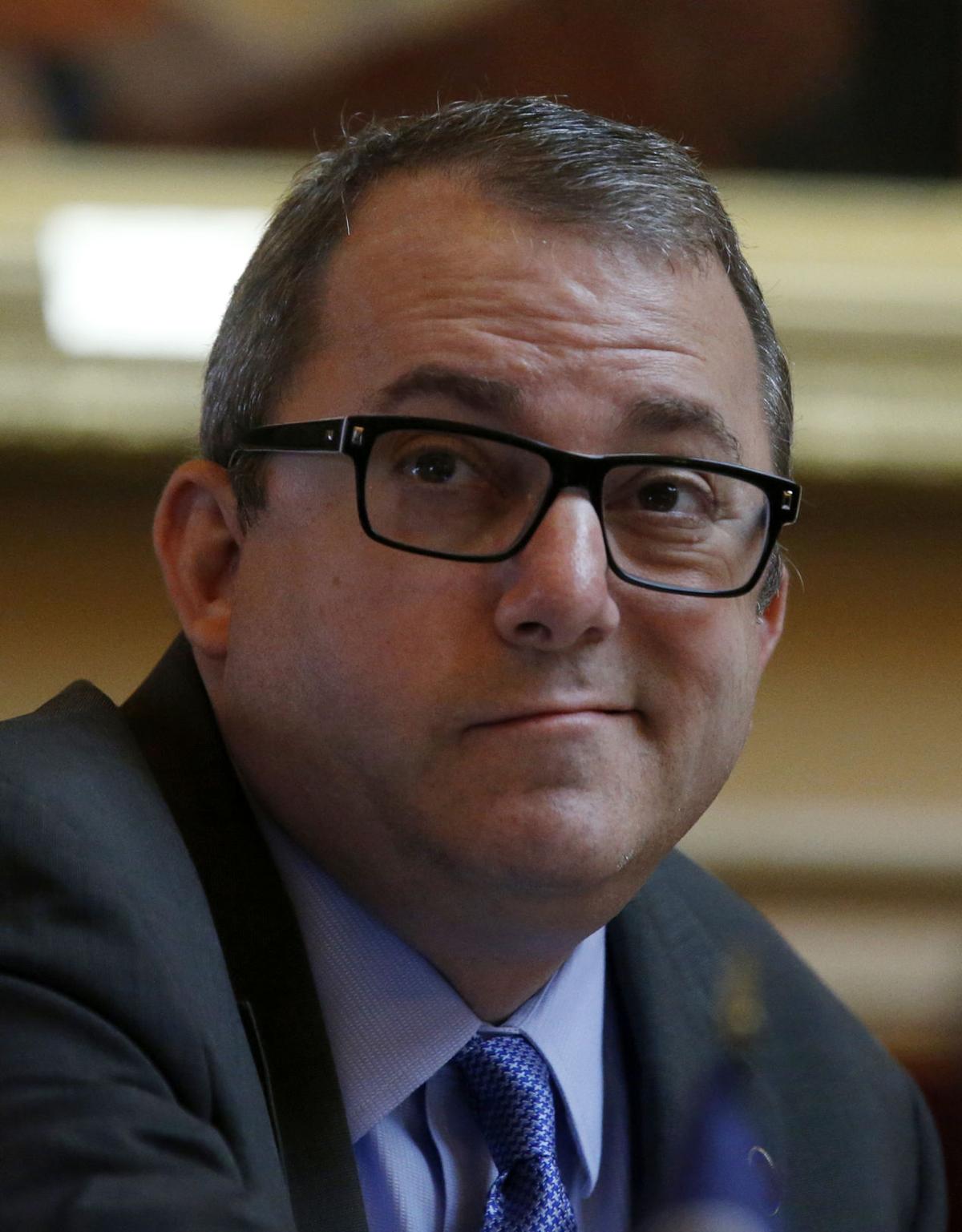 Republicans on a Senate committee Monday killed a bill that would decriminalize small amounts of marijuana by changing the punishment from a criminal misdemeanor to a civil penalty.

The Virginia ACLU and a representative of the Northam administration both backed Senate Bill 111 from Sen. Adam Ebbin, D-Alexandria, and the bill was opposed by the Virginia Association of Commonwealth’s Attorneys.

The vote to defeat the bill was party line, with nine Republicans on the Senate Courts of Justice Committee voting to kill it and six Democrats voting for the bill. Republicans in the House had already killed a similar measure from Del. Steve Heretick, D-Portsmouth.

Advocates for marijuana reform had hoped that this would be a year for change following a Virginia State Crime Commission study, which found that police in Virginia made 133,256 arrests in the past 10 years for marijuana possession. Eighty-four percent of those were for a first offense.

The Senate courts committee unanimously passed Norment’s Senate Bill 954, a measure that allows someone charged with first-offense marijuana possession to have the charge expunged.

Norment’s bill now goes to the Senate Finance Committee. Virginia State Police would create a new database of people who were beneficiaries of the new law, which would be accessible to prosecutors and the court system.

Norment told the committee he was trying to be practical.

“There are always those enthusiasts who want to lambaste you for having no guts,” he said.

Claire Guthrie Gastañaga, executive director of the Virginia ACLU, said her group supports legalization of marijuana. She supported Ebbin’s bill and opposed Norment’s, calling it “the illusion of progress.”

She said marijuana arrests disproportionately affect blacks and that many people would not have the money to pay an expungement fee under Norment’s bill.

As far as costs of enforcing marijuana as a crime, she said, Norment’s bill “probably increases the cost by setting up new systems and data management systems that don’t currently exist.”

David Ledbetter, Waynesboro commonwealth’s attorney, spoke on behalf of the prosecutors’ association. He said decriminalization would lead to more people driving while impaired by marijuana, would lead to increased use by adolescents and an increase of ingestion by toddlers.

“It’s an issue that isn’t going away,” said Sen. Mark Obenshain, R-Rockingham. “We’re going to be talking about it for a long time.”

After saying he was open to decriminalization of marijuana, the state GOP’s powerful Senate leader disappointed reform advocates by filing a b…

Sen. Adam Ebbin, D-Alexandria, made notes Monday during a meeting of the Senate Courts of Justice Committee. Ebbin’s bill to decriminalize small amounts of marijuana was struck down on a party-line vote.