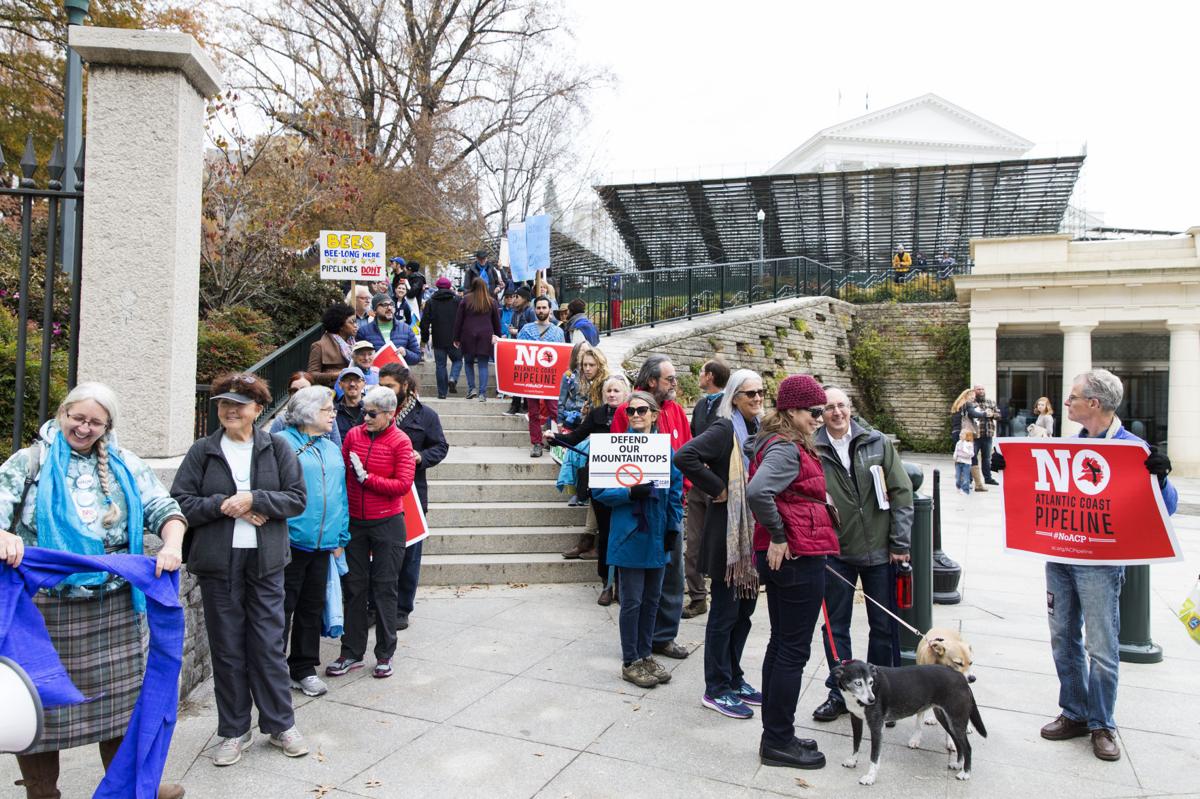 Protesters rallied in opposition to the Mountain Valley and Atlantic Coast pipelines Dec. 2 at Capitol Square. 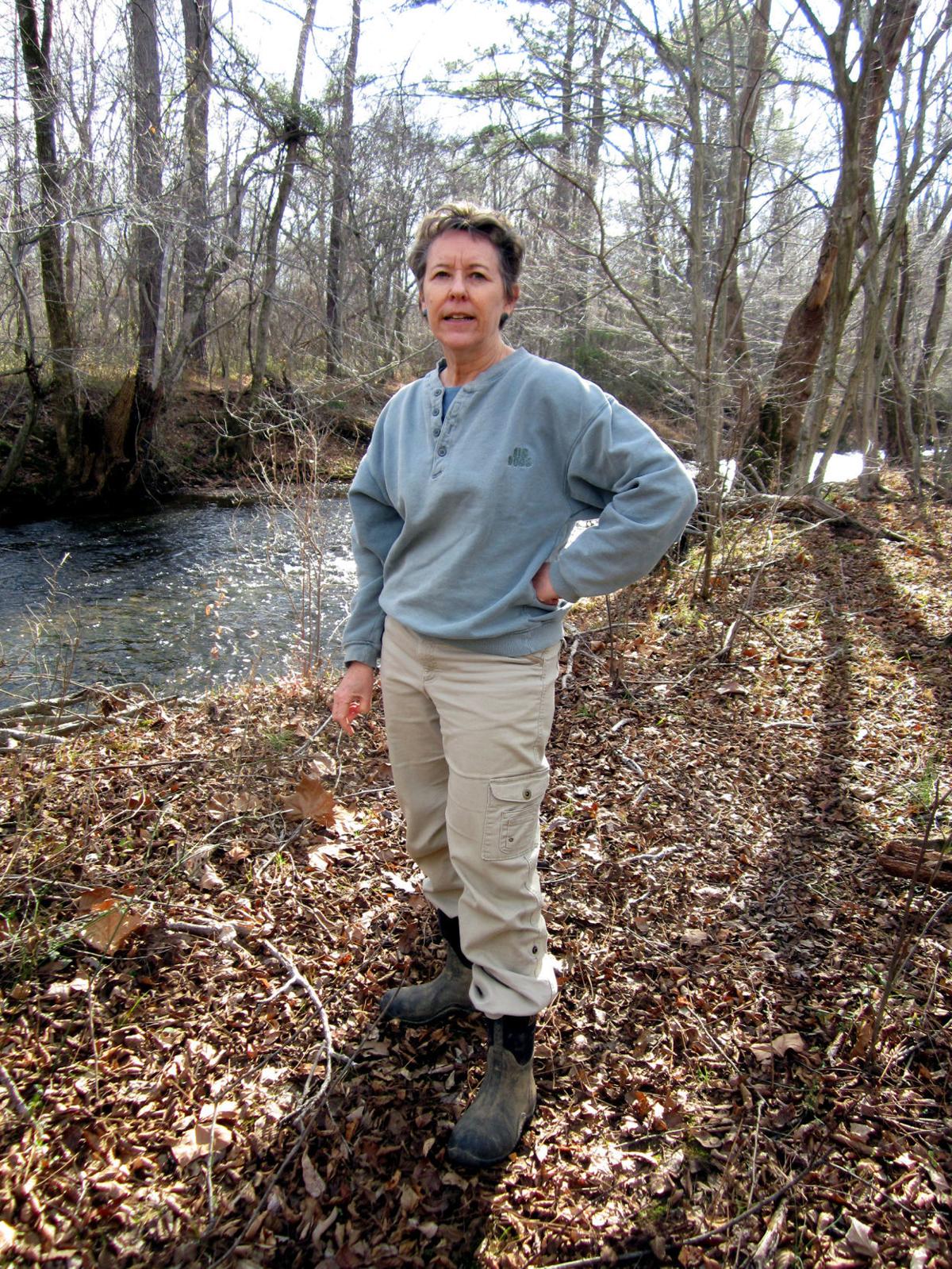 Charlotte Rea, retired U.S. Air Force colonel, whose property abuts the North Fork of the Rockfish River in Nelson County north of Nellysford. She is a plaintiff in a federal lawsuit challenging a Virginia law that allows natural gas companies to come onto private property to survey without landowner permission. 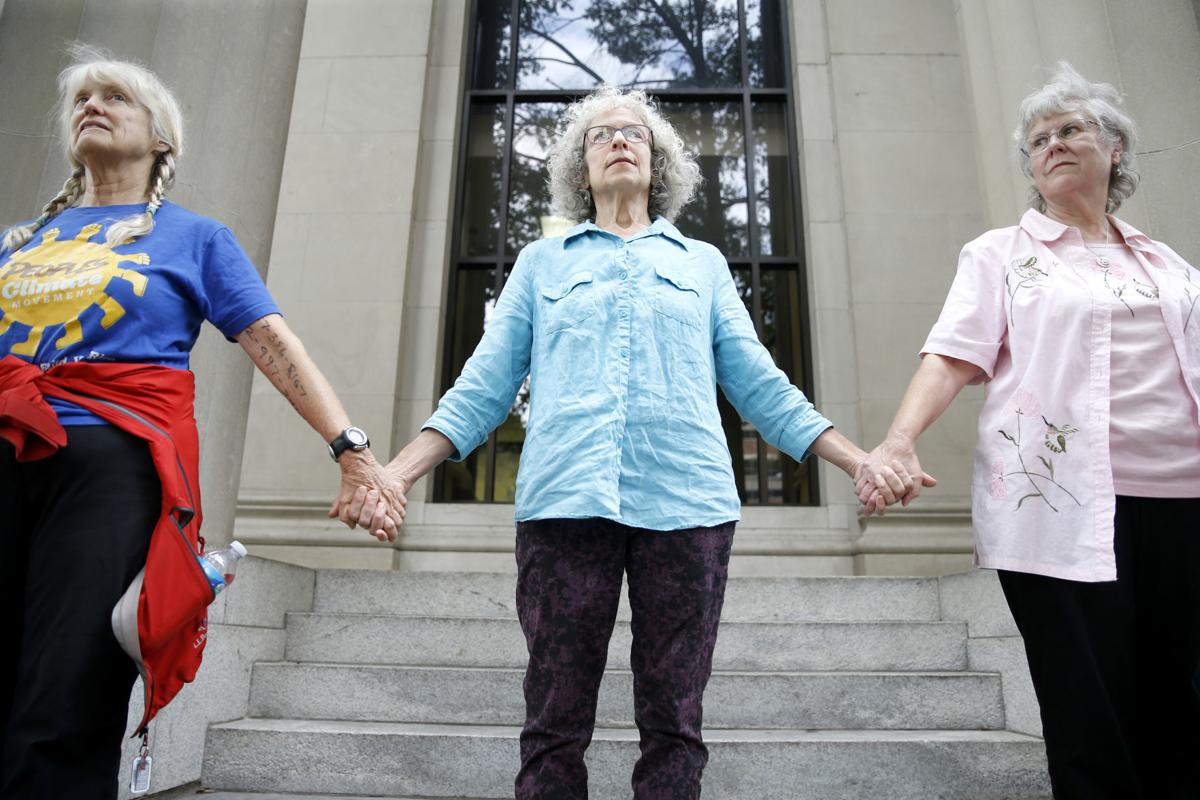 But the court delivered the 6-1 decision on Thursday after a linguistic battle with Justice Arthur Kelsey in a biting dissent that challenges the 2004 law’s central premise of allowing gas companies to enter private property without permission and a federal permit that allows them to exercise eminent domain.

“It subordinates the ancient common-law rights of private property owners to the commercial interests of a pipeline company that is under no legal requirement to enter onto another’s land,” he said.

The case arose from a legal challenge by William Barr and five other landowners in Nelson County who opposed use of the law to survey their properties for the route of the Atlantic Coast Pipeline, a $5.5 billion project to move natural gas from West Virginia shale fields to markets in southeastern Virginia and North Carolina.

The law has survived numerous challenges in state and federal court, including a constitutional challenge by Augusta County landowner Hazel Palmer that the Supreme Court dismissed almost exactly a year earlier. The court then also dismissed a constitutional challenge by four Buckingham County residents, but required pipeline developers to give landowners more specific notice before entering their property.

“We’re pleased the Virginia Supreme Court has reaffirmed our right to perform these surveys,” said Aaron Ruby, spokesman for Dominion Energy, the lead partner in a company formed with other energy firms to build the 600-mile pipeline. “It’s in everyone’s interest that we choose the safest and most environmentally responsible route for this infrastructure, and surveys are the best way to do that.”

The “ruling allows us to continue working with landowners to minimize impacts on their properties and the environment,” Ruby said. “We’re committed to treating all landowners with respect and fairly compensating them for the use of their land.”

While previous rulings have dealt with the law’s constitutionality, this case focused on whether the pipeline company had complied with requirements of the survey law and whether Nelson Circuit Court Judge Michael T. Garrett had misapplied the statute to allow an unconstitutional taking of private property.

The fundamental disagreement between the court’s majority and Kelsey was about conjunctions — did the use of “and” between two conditions of unpermitted survey entry mean both had to be met, or did the legislature intend to allow gas companies access to accomplish just one?

The law allows companies onto private property without permission to “(i) satisfy any regulatory requirements and (ii) for the selection of the most advantageous location or route.”

“Thus, by inextricably coupling the two enumerated provisions, any discretion granted to natural gas companies would be taken away for no discernible purpose.”

Kelsey responded indignantly: “No discernible purpose? What about the legislative purpose to withhold from a pipeline company the legal license to trespass onto private property when no ‘regulatory requirements’ make it ‘necessary’ to do so?”

He argued that the Federal Energy Regulatory Commission does not require the surveys before issuing certificates for construction of pipelines, with the understanding that developers can enter the property after receiving federal authority to use eminent domain.

“All of this reasoning, as well as its conclusion, collapses if ‘and’ means ‘and,’ ” he said. “I think that it does.”

Protesters rallied in opposition to the Mountain Valley and Atlantic Coast pipelines Dec. 2 at Capitol Square.

Charlotte Rea, retired U.S. Air Force colonel, whose property abuts the North Fork of the Rockfish River in Nelson County north of Nellysford. She is a plaintiff in a federal lawsuit challenging a Virginia law that allows natural gas companies to come onto private property to survey without landowner permission.