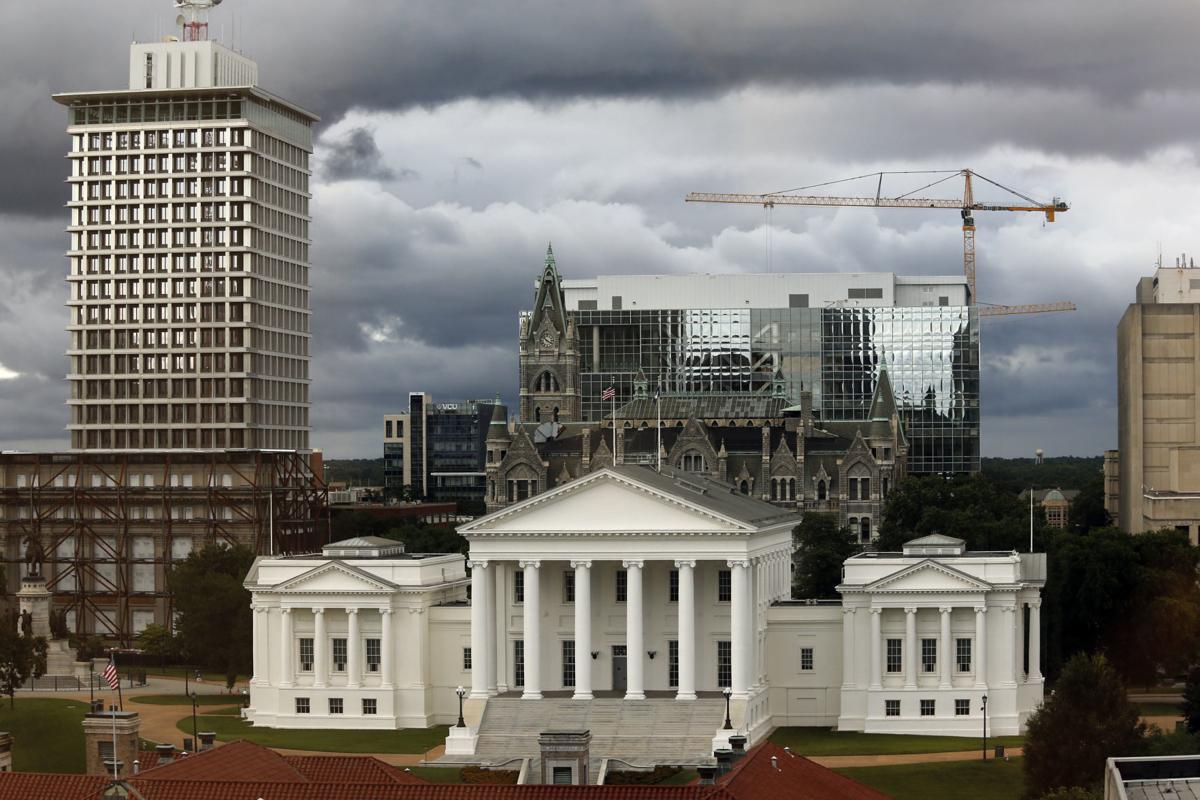 Storm clouds gathered over the Virginia Capitol in Richmond on Monday, one day before a special session on gun violence. 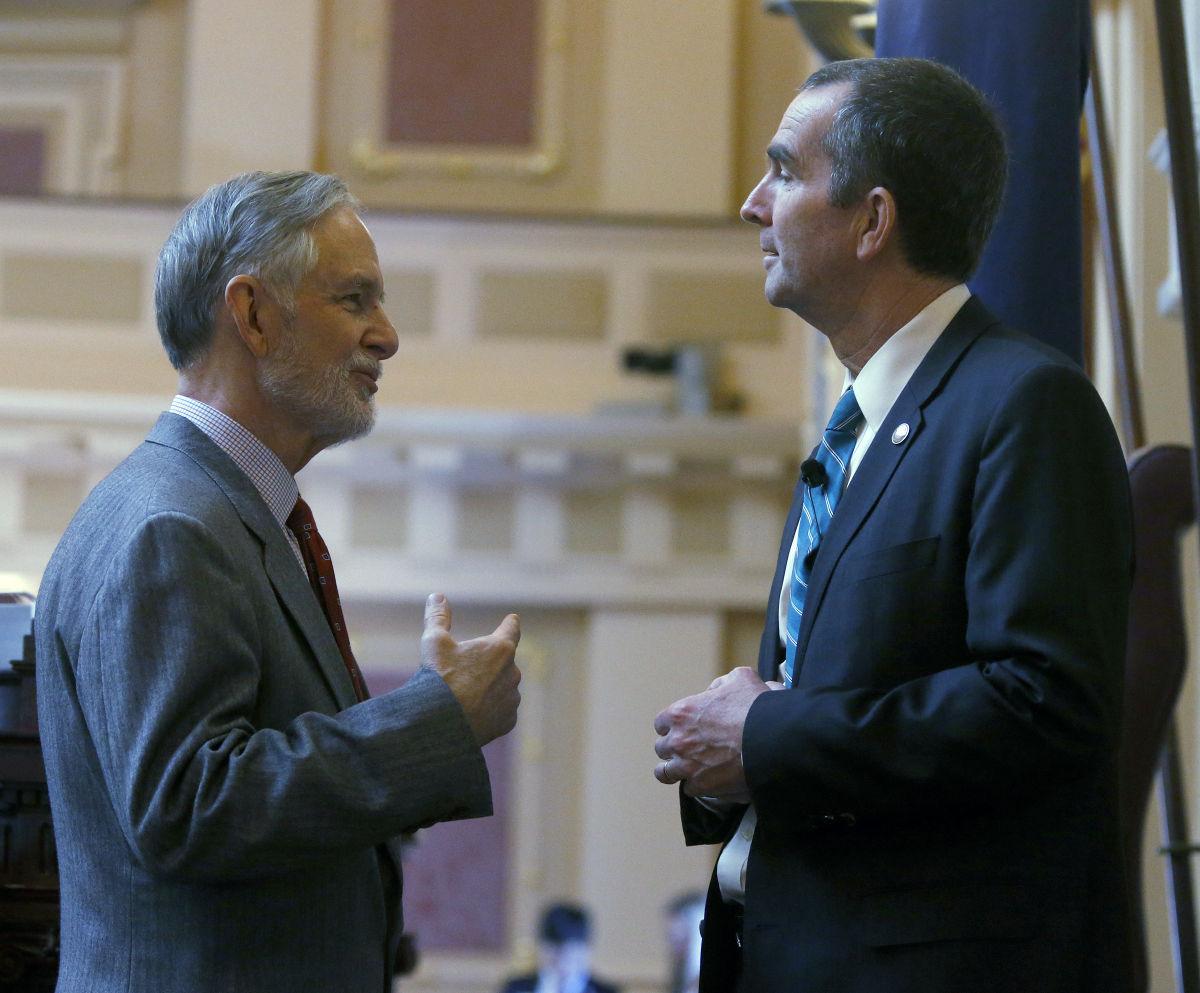 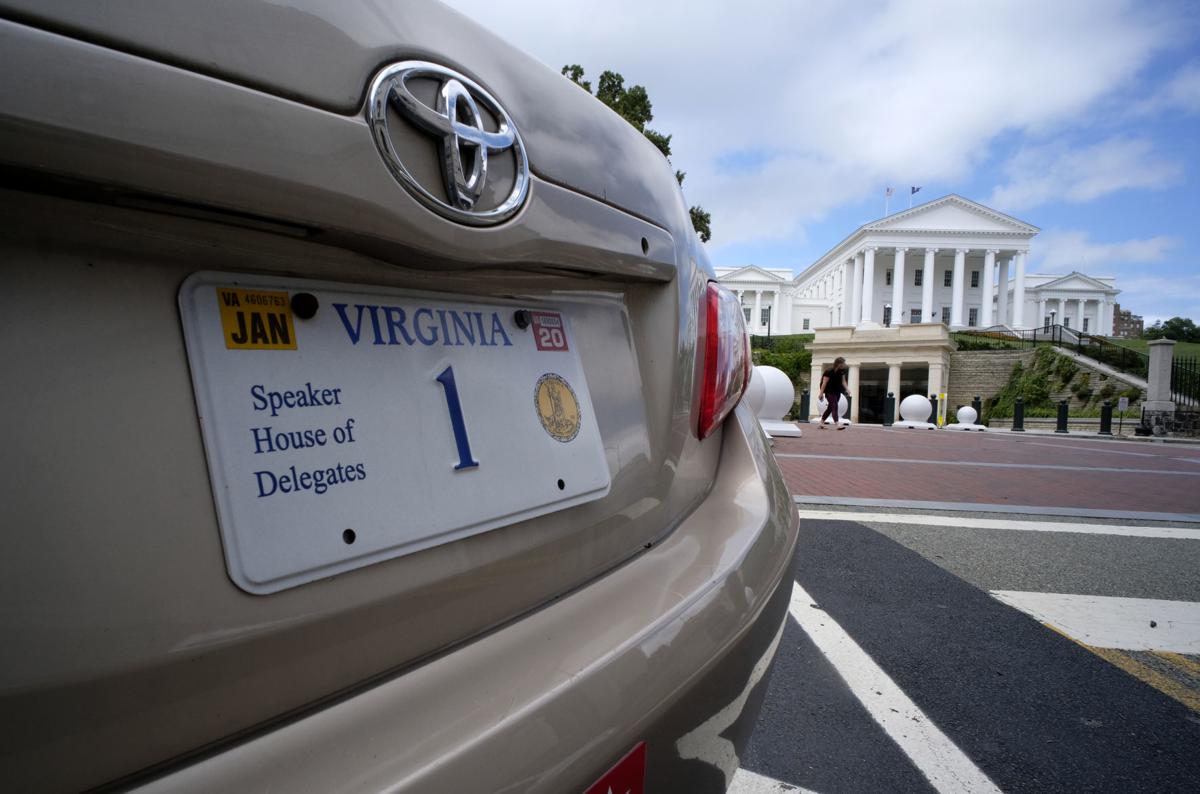 The car of House Speaker Kirk Cox, R-Colonial Heights, was parked in his space across from the Capitol in Richmond on Monday. The special session is set for Tuesday.

Senate Majority Leader Tommy Norment, R-James City, has filed a bill for Tuesday’s special session of the General Assembly that would ban anyone from bringing a gun into a local government building, a measure that goes further than what Democratic Gov. Ralph Northam has proposed.

Norment, however, has a history of pushing certain votes in an attempt to embarrass Democrats.

In January, for example, he sent a Democratic bill to raise the minimum wage from $7.25 per hour to $15 per hour to the Senate floor, where Republicans killed it. Norment wanted to send a message to the Northern Virginia Chamber of Commerce about what could happen if Democrats took control of the Senate after the chamber endorsed a Democrat in a state Senate election.

Norment’s spokesman, Jeff Ryer, said Monday that he didn’t know anything about the bill and said Norment didn’t tell him his motivation in filing it. Norment did not return a request for comment.

Norment’s bill was among more than 30 that had been filed and were publicly available as of Monday afternoon. It would amend the state law that prohibits firearms in courthouses to apply to all local government buildings. The bill also would make it a felony to carry a gun into a courthouse or public building.

Currently, local governments can prohibit government employees from having weapons, but not the public. Norment’s bill would go further toward restricting guns in public buildings than what Northam proposes. Northam last week said he would support legislation enabling localities “to enact any firearms ordinances that are stricter than state law,” including regulating firearms in municipal buildings, libraries and at permitted events.

Asked about Norment’s bill, Northam’s press secretary, Alena Yarmosky, said by email that “the Governor is pleased to see legislators coming to the table with serious gun violence prevention proposals — he hopes every legislator will have the chance to engage in honest debate and cast their vote.”

Norment’s bill is at odds with a bill filed by Sen. Dick Black, R-Loudoun, which would prohibit local governments from adopting any rule that prohibits local government employees from taking guns into their buildings.

The May 31 mass shooting at the Virginia Beach Municipal Center that left 12 dead prompted the governor’s call for a special session.

One of those killed, Kate Nixon, had told her husband she was considering taking her gun to work in her handbag the day of the shooting because she had concerns about two employees — one of whom was the gunman.

“She decided to follow the rules and of course the shooter did not, which they never do, and she was left helpless,” Black said in an interview Monday.

He said he had not heard of any plan by Norment to file a piece of legislation counter to his.

Norment’s bill did not appear to set off alarm bells with gun-rights activists who will rally at the Capitol on Tuesday to protest Northam’s push for gun control measures. Philip Van Cleave, president of the Virginia Citizens Defense League, did not respond to a request for comment.

Del. Glenn Davis, R-Virginia Beach, filed a bill that would allow local governments to pass ordinances banning firearms in government buildings, but it would require that the ordinances include security requirements designed to stop people with guns from getting into the buildings.

Here’s a look at some of the other bills that have been filed and are publicly available:

A bill from Davis would require applicants for concealed weapon permits to complete a firearm safety course in person, eliminating the part of existing law that allows them to do it online.

A bill from Sen. John Edwards, D-Roanoke, would allow local governments to adopt ordinances prohibiting anyone from having a weapon in a government meeting. This is different from Norment’s proposal because it would allow the locality to have the option.

A bill from Sen. Mamie Locke, D-Hampton, would reinstate a former Virginia law limiting handgun purchases to one per month. That measure became law in the early 1990s, during Gov. Doug Wilder’s administration. Gov. Bob McDonnell signed a bill to repeal it in 2012.

A bill from Del. Cliff Hayes, D-Chesapeake, would enhance punishment from a misdemeanor to a felony for anyone who recklessly leaves a loaded, unsecured firearm where a child could get it. The bill also expands the age of children affected under the law from up to age 12 to up to age 18.

Sen. Bill DeSteph, R-Virginia Beach, introduced a batch of bills to create or enhance punishments for gun crimes. One would increase the penalty for using a firearm in commission of a felony from a mandatory three years in prison to a mandatory five years.

Storm clouds gathered over the Virginia Capitol in Richmond on Monday, one day before a special session on gun violence.

The car of House Speaker Kirk Cox, R-Colonial Heights, was parked in his space across from the Capitol in Richmond on Monday. The special session is set for Tuesday.