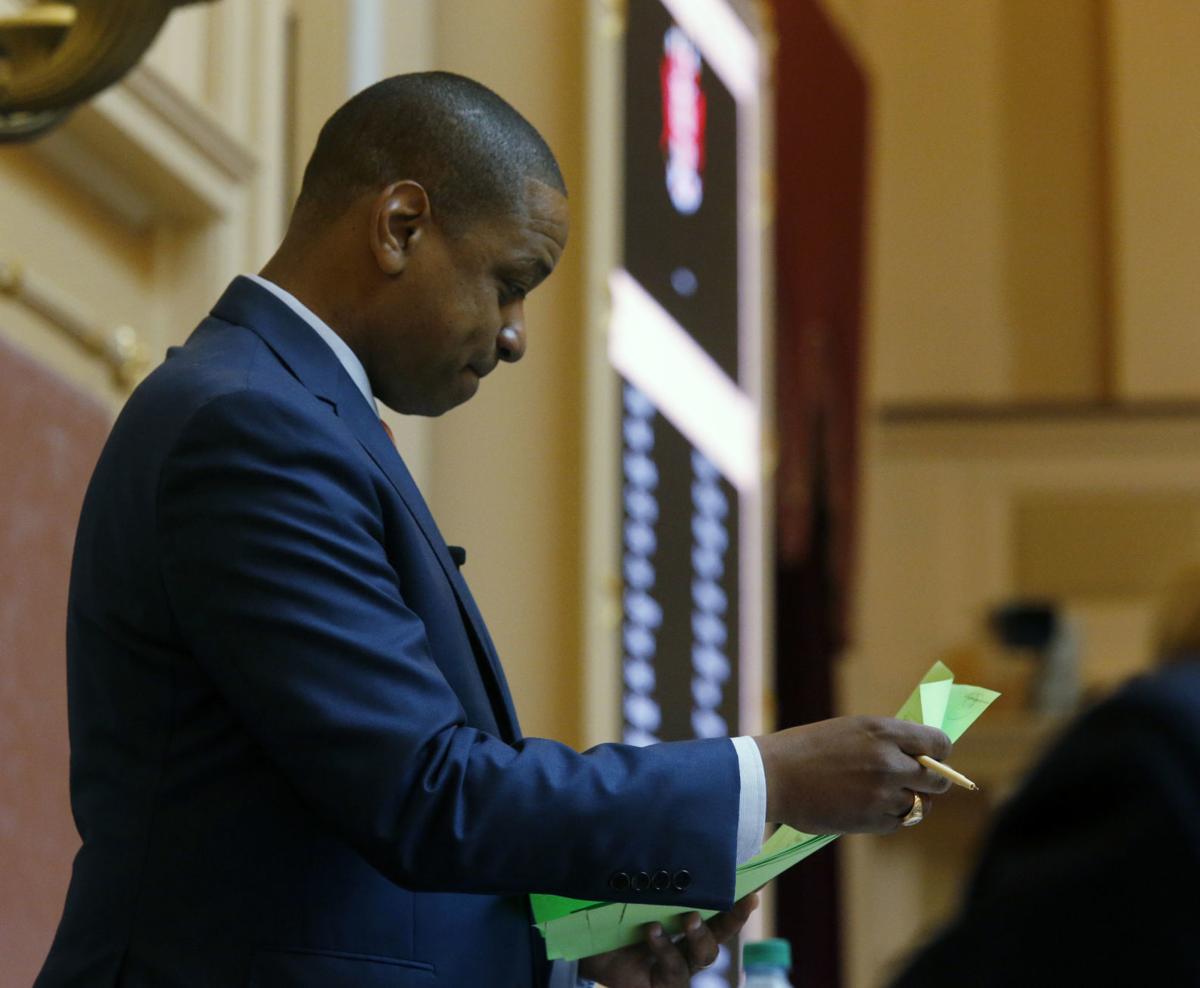 Lt. Gov. Justin Fairfax looks at a document in the Virginia Senate July 9 during the special session to deal with gun violence. 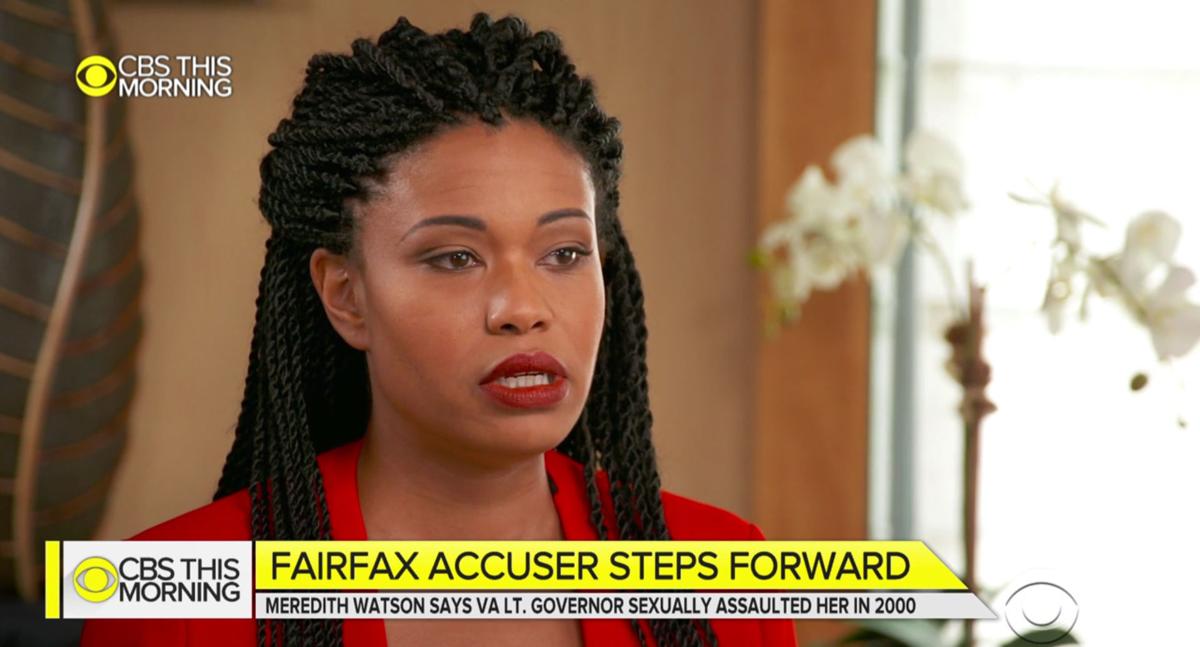 Meredith Watson (left) and Vanessa Tyson (right) appeared on “CBS This Morning” in April. During their interviews, they discussed their sexual assault accusations against Lt. Gov. Justin Fairfax. Fairfax denies the allegations. 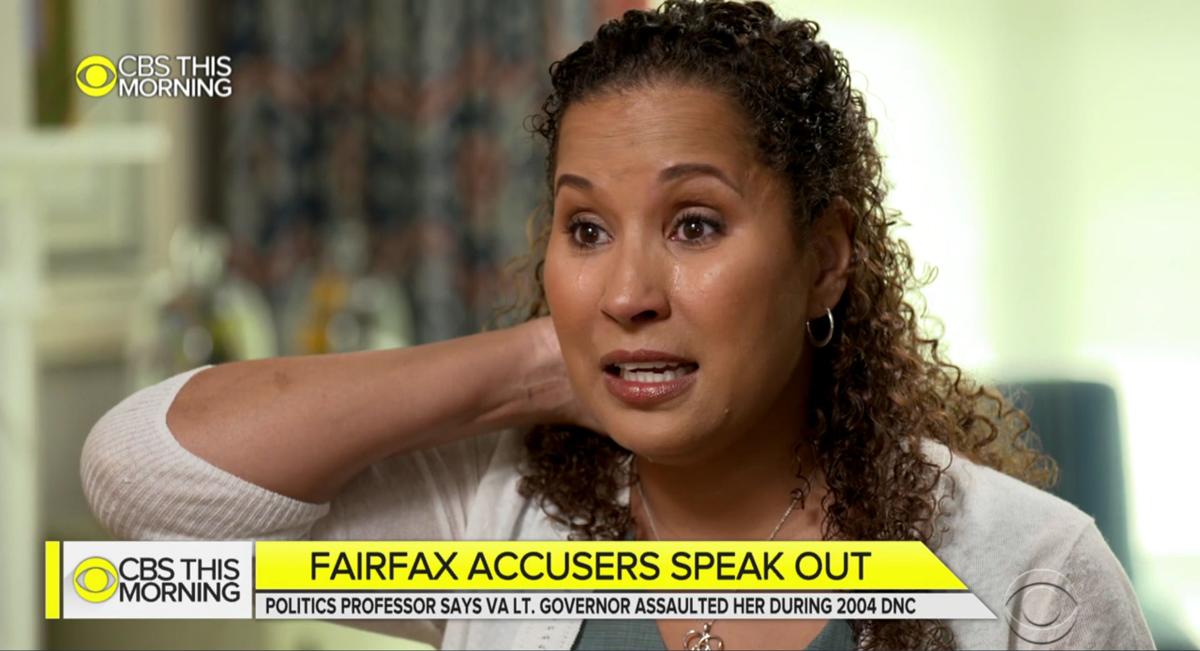 Vanessa Tyson, during interview with Gayle King on Monday, April 1, on “CBS This Morning.”

The lawsuit includes allegations — which Richmond Mayor Levar Stoney denies — that the mayor was part of a conspiracy to damage Fairfax politically, and puts the sexual assault scandal into public view again.

“Fairfax brings this action to restore his reputation and clear his name, ensure the truth prevails, stop the weaponization of false allegations of sexual assault against him, and vindicate his rights under civil law,” the lawsuit said.

The women made their allegations public in February, when Gov. Ralph Northam faced intense pressure to resign over a scandal related to a racist photo on his page in his 1984 medical school yearbook.

Northam did not resign, but if he had, Fairfax would have become governor. Fairfax, a Democrat, is positioning himself for a run for governor in 2021 and said in a meeting with reporters in June that the scandal had raised his public profile for good.

The lawsuit was filed in U.S. District Court in Virginia’s Eastern District.

Fairfax has repeatedly denied the allegations against him and said both situations were consensual. In the lawsuit, his lawyers called the allegations a “political hit job — a deliberate and calculated effort to permanently harm Fairfax’s political and professional career and to attempt to prevent him from becoming Governor of Virginia.”

The lawsuit focuses in part on interviews Tyson and Watson did with Gayle King of “CBS This Morning” that were aired in April. The lawsuit said an eyewitness was present “during the consensual encounter between Watson and Fairfax” and accuses CBS of not asking Watson if she encountered anyone while entering or leaving the room.

The lawsuit accuses CBS of intentionally failing to investigate leads, some of which were provided by Fairfax’s team, and of not asking questions that Fairfax’s spokeswoman suggested it ask.

The lawsuit said “a current CBS legal officer, who was a Duke classmate of Watson’s and Fairfax’s, had information all along that Fairfax did not rape or sexually assault Watson.”

The CBS lawyer knew Watson’s allegation was false and either was unable to prevent CBS from airing a story or did not take steps to prevent it, the lawsuit alleges.

Asked for comment, CBS had not issued a statement as of late Thursday afternoon.

A posting about the allegations on the conservative website Big League Politics used a private message from Tyson that had been captured by Adria Scharf of Richmond. The lawsuit alleges that Scharf’s husband, Thad Williamson, is a former adviser to Stoney and also a friend and former schoolmate of Tyson’s.

The lawsuit says Stoney “views Fairfax as a political rival” who could “delay Stoney’s desired run for Governor.”

“Fairfax had indeed been warned in the fall of 2018 that should Fairfax announce his intention to run for Governor in 2021, Stoney, Williamson, and Scharf intended to promote a supposedly damaging, uncorroborated accusation against Fairfax involving Tyson in an attempt to harm Fairfax personally and professionally and to derail his political future.”

Williamson said by email that Fairfax’s allegations were offensive:

“I have known Dr. Vanessa C. Tyson for over fifteen years and have great respect for her as a colleague and as a friend. The allegation that I or my wife used our friend’s deeply painful story to advance an elected official’s political objectives is false and offensive.”

Stoney spokesman Jim Nolan said by email Thursday that the allegation that Stoney was involved in trying to damage Fairfax politically is “100 percent untrue and frankly, it’s offensive.”

Tyson and Watson both asked that the Virginia General Assembly hold bipartisan public hearings on their allegations. The request split lawmakers along party lines, with Republicans coming up with a plan for hearings and Democrats opposing any public hearing.

“Mr. Fairfax’s suggestion that Dr. Tyson came forward — at great personal risk — to detail her harrowing account of forced oral sex as part of a political conspiracy to prevent him from being Governor of Virginia is ludicrous,” the statement said.

“As we have said previously, threats, bullying and victim-blaming by Mr. Fairfax will not deter Dr. Tyson from speaking up, and she looks forward to testifying under oath to the Virginia General Assembly about Mr. Fairfax’s sexual assault of her.”

Fairfax is a former federal prosecutor who won election to the office of lieutenant governor in 2017.

Lt. Gov. Justin Fairfax looks at a document in the Virginia Senate July 9 during the special session to deal with gun violence.

Meredith Watson (left) and Vanessa Tyson (right) appeared on “CBS This Morning” in April. During their interviews, they discussed their sexual assault accusations against Lt. Gov. Justin Fairfax. Fairfax denies the allegations.

Vanessa Tyson, during interview with Gayle King on Monday, April 1, on “CBS This Morning.” 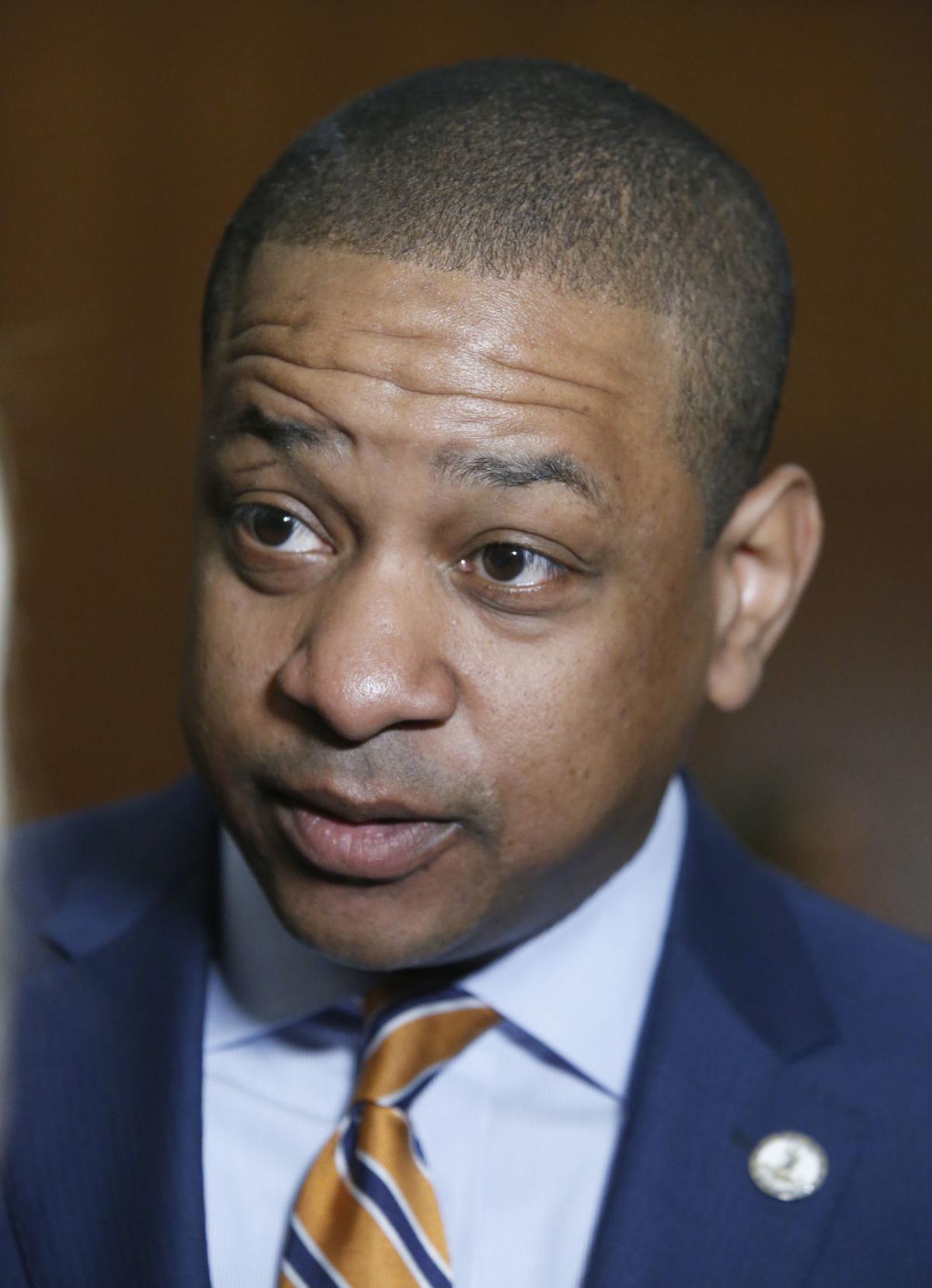