The campaign of Democratic gubernatorial candidate Ralph Northam printed some fliers that excluded a picture of ticket mate Justin Fairfax to accommodate a union that has endorsed Northam but not Fairfax.

The fliers appear similar to others that include all three Democrats on the statewide ballot Nov. 7: Northam; Fairfax, the party’s nominee for lieutenant governor; and Attorney General Mark R. Herring. The fliers are handed out by canvassers knocking on doors.

In the Fairfax-free flier, created for the Democratic friendly Laborers’ International Union of North America, all references to Fairfax — including his picture — are gone. Those fliers have been used in Northern Virginia.

The union requested a flier that did not include Fairfax, said Brian Petruska, general counsel with the LIUNA Mid-Atlantic Region Organizing Coalition, because Fairfax did not complete their questionnaire and “wasn’t supporting us on the issues,” he said.

Among those issues: Two controversial natural gas pipelines, the EQT Midstream Partners’ Mountain Valley Pipeline and the Dominion Energy-led Atlantic Coast Pipeline, which are proposed to cross Virginia. Fairfax is among the environmentalist Democratic base in Virginia that’s opposed to the pipelines. Northam does not oppose the pipelines. The union also has endorsed Herring, according to Herring spokesman Adam Zuckerman.

“You can be rest assured, voters will know who Justin Fairfax is, what he stands for, and why he is the best choice for Lt. Governor in November.”

Jill Holtzman Vogel, the Republican candidate for lieutenant governor and a state senator from Fauquier County, has attacked Fairfax for not joining his ticket mates in support of the natural gas pipelines, comparing him to Bernie Sanders.

Josh Stanfield, a liberal activist with the group Activate Virginia that is working to elect Democratic candidates, was not impressed with the union’s request of the Northam campaign for a Fairfax-free flier.

“It’s painfully ironic that, when confronted with the most anti-labor GOP in modern history, any union would jeopardize the Democratic ticket for Dominion’s pipeline,” Stanfield said by email.

Trump's tax returns are handed over to House Committee

Trump's tax returns are handed over to House Committee 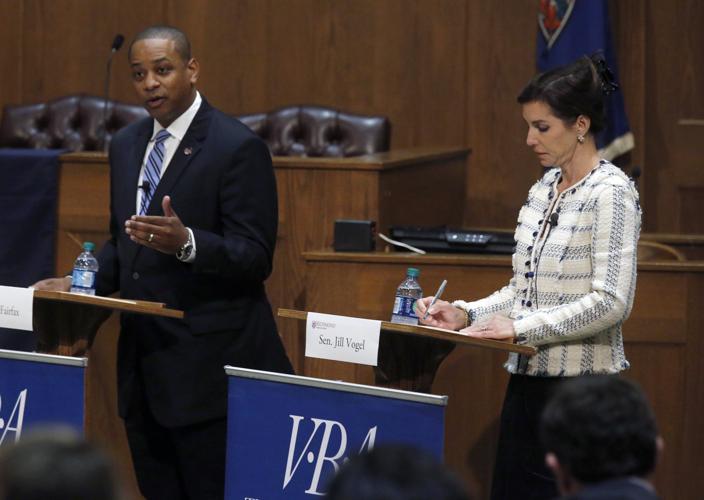 Democrat Justin Fairfax (left) and state Sen. Jill Holtzman Vogel, R-Fauquier, the candidates for lieutenant governor, squared off during a debate at the University of Richmond. 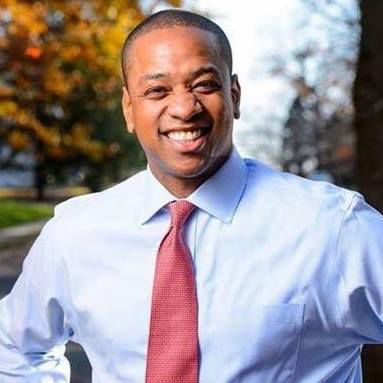 At the request of a union, Justin Fairfax, the Democratic lieutenant governor candidate, didn’t appear on some fliers printed by the campaign of fellow Democrat Ralph Northam.